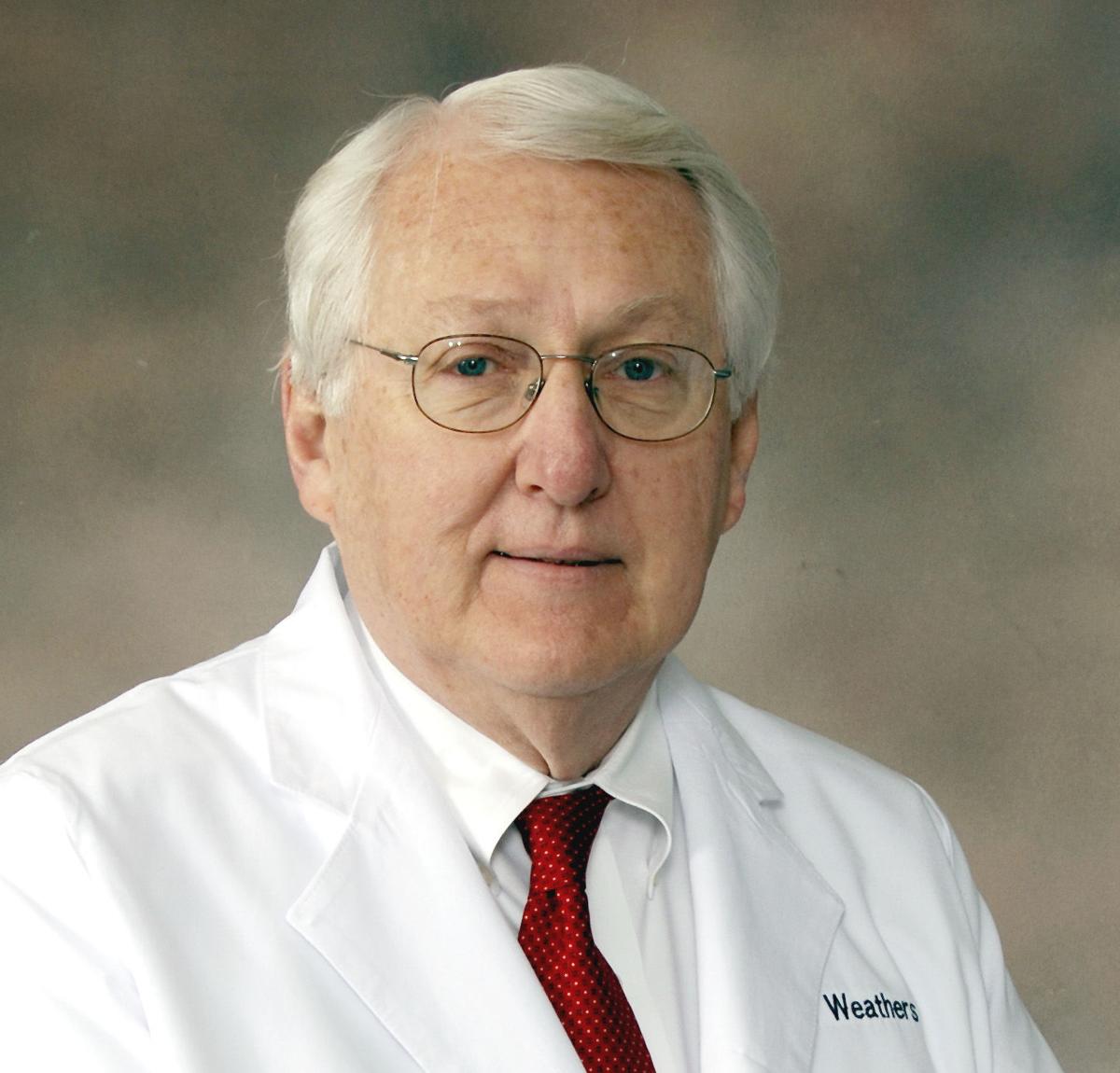 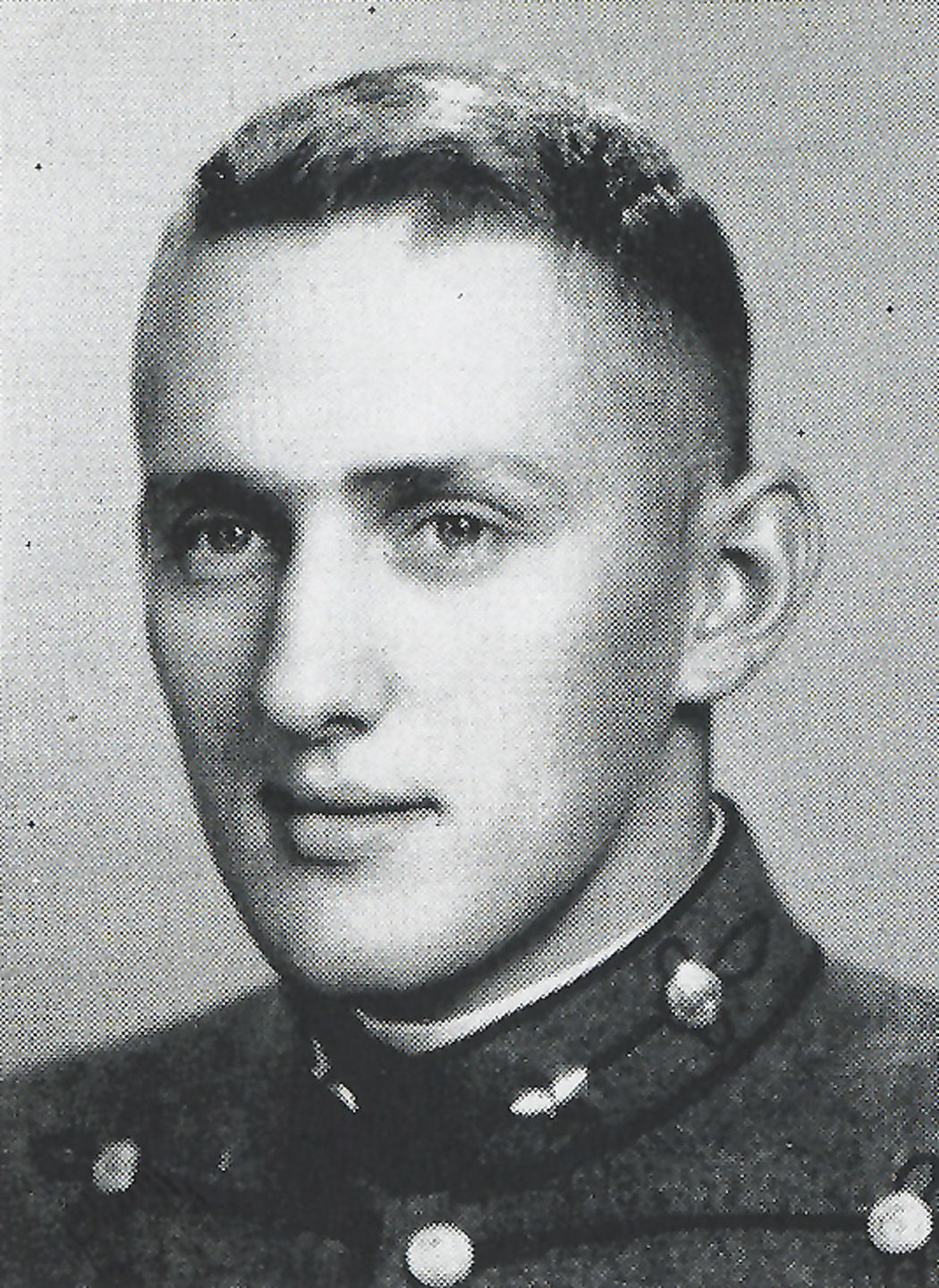 Dr. Arden Weathers at The Citadel 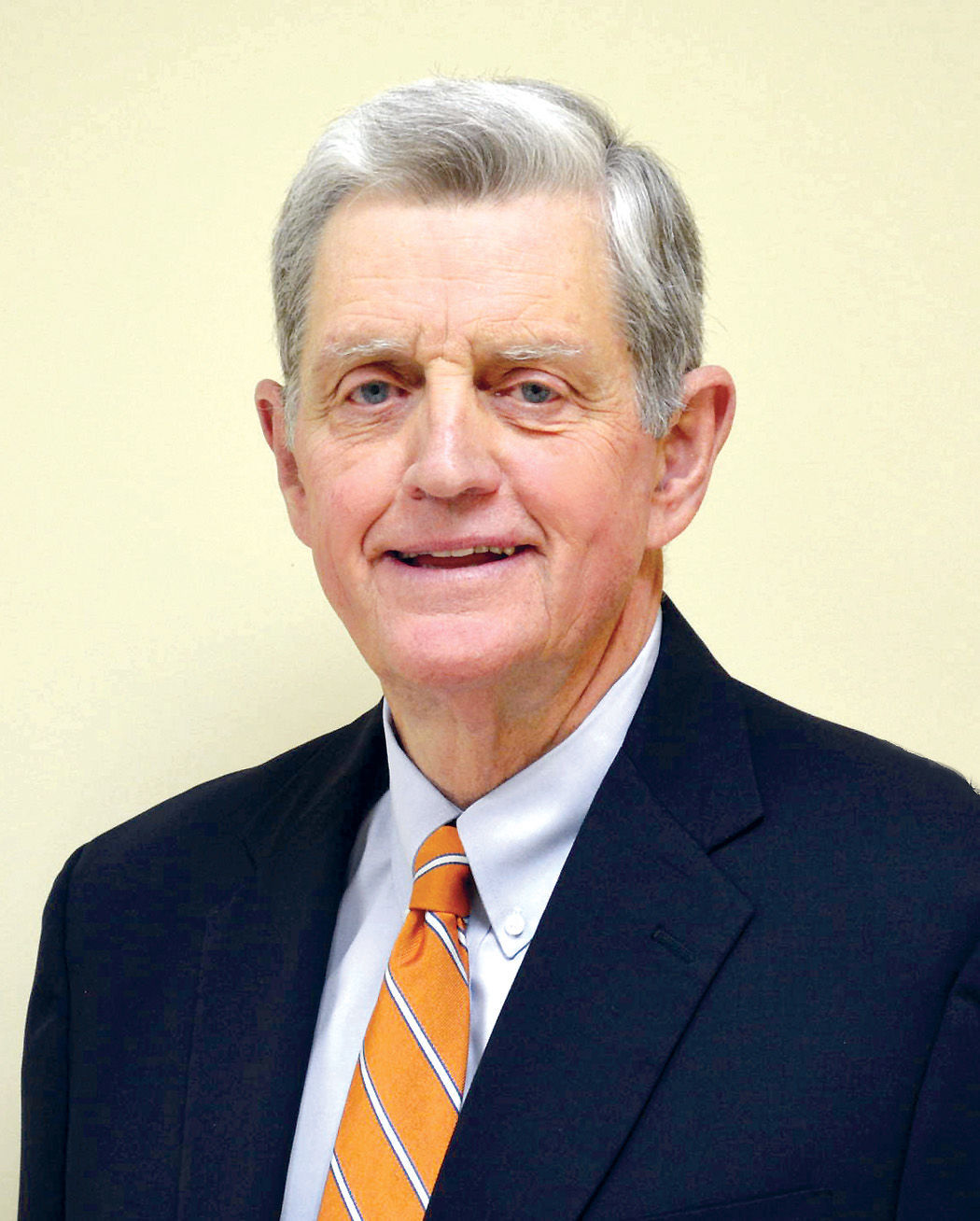 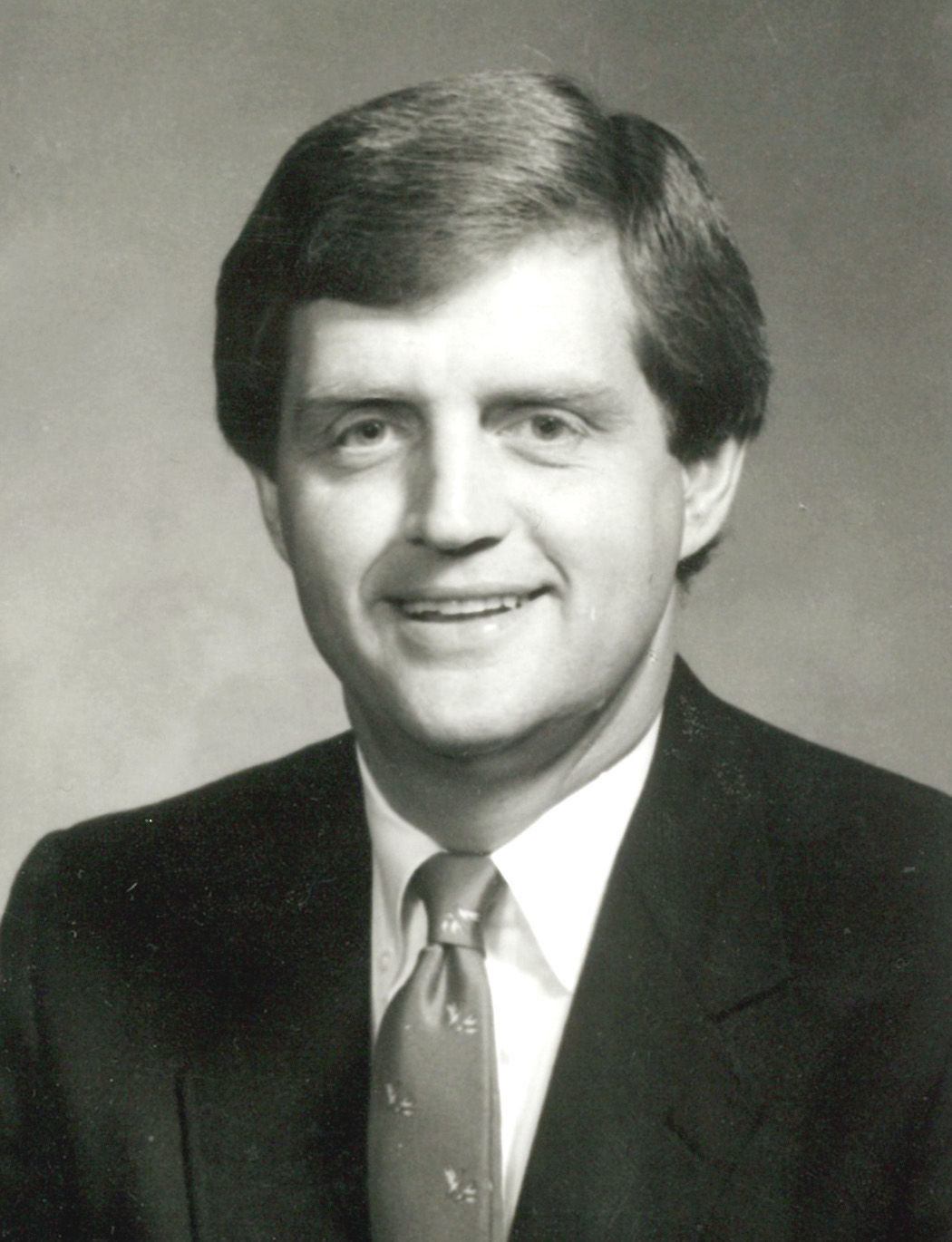 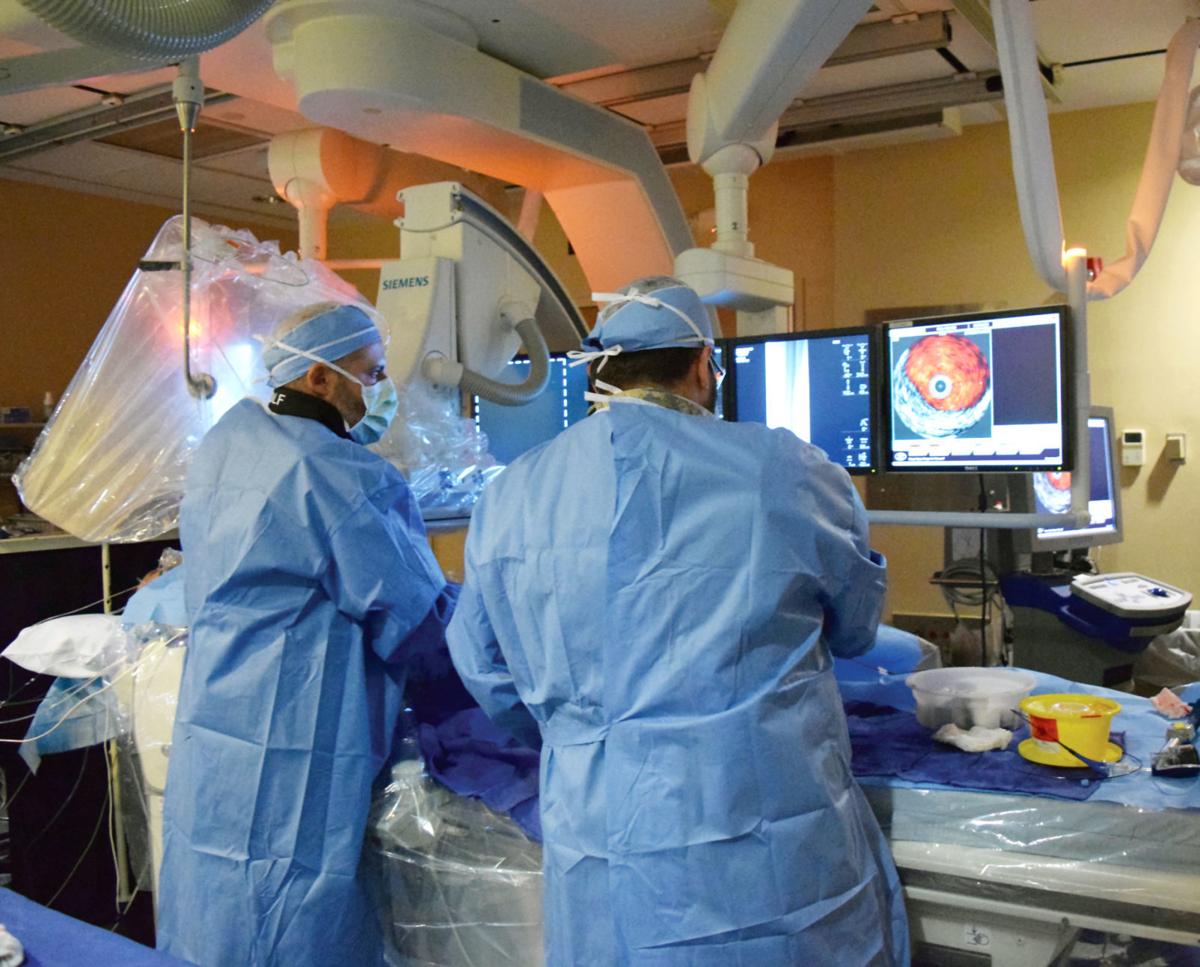 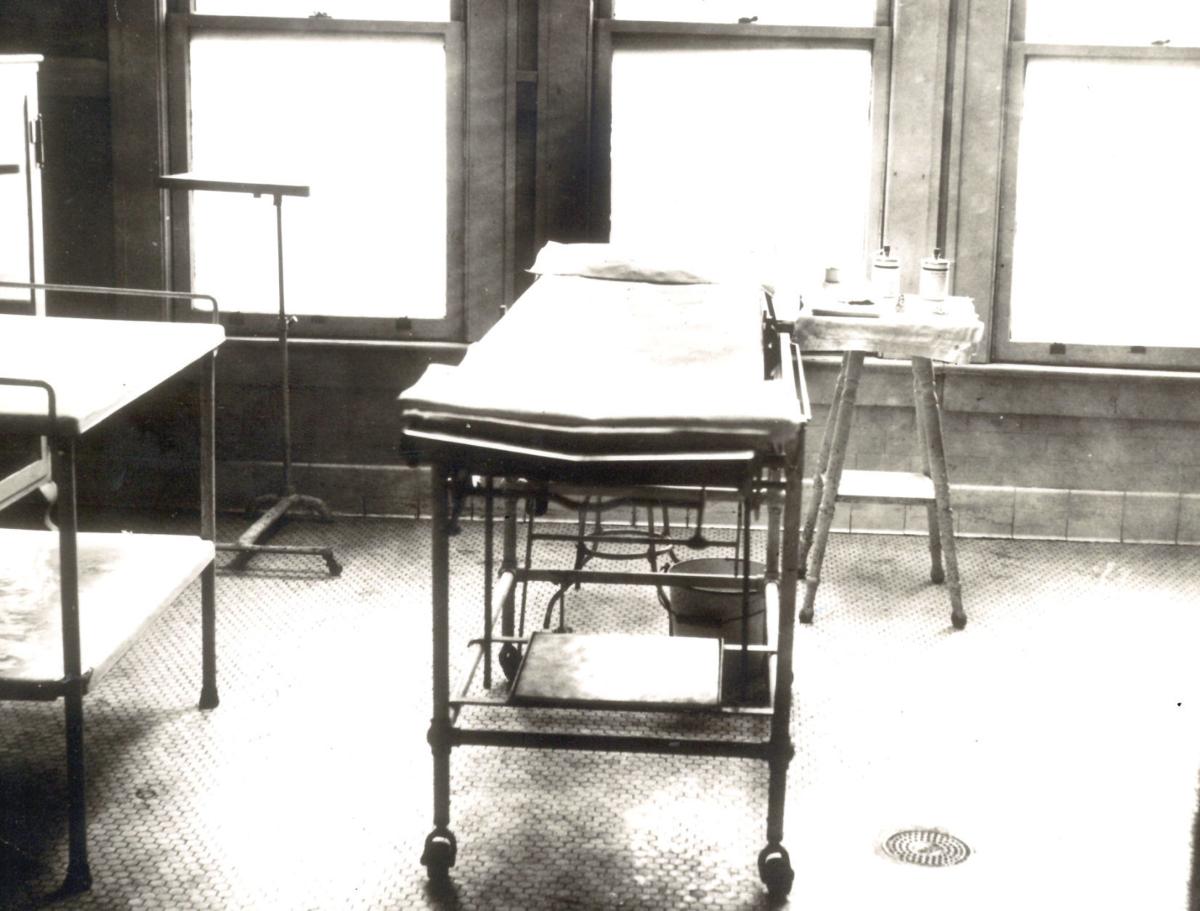 RMC operating room of the past.

Two Orangeburg surgeons have a combined 80 years of experience practicing medicine in the Orangeburg area.

As the hospital observes its 100th anniversary, the two say much has changed since they first came to Orangeburg 50 years ago.

For example, Weathers noted gloves, gowns and drapes all were reused.

"We converted to these paper and plastic-lined drapes that did not get soaked with blood," he said. "They were repellent to liquids."

The availability of operating rooms -- there were two in full in the 1970s at the former hospital on Carolina Avenue -- was also at a premium. They were used by pretty much every doctor and specialty existing in Orangeburg at the time.

Babb, 73, who joined OSA in 1980 as one of the few vascular surgeons in the state at the time, remembers well what doctors had to go through.

"Computers were just starting," he said. "We were not involved in hospitals. We had no cell phones."

"The landscape was physicians discussing cases with one another in a setting of the hospital in a room or at medical meetings we had here locally," he said. "There was a camaraderie among physicians in those days. There was a closeness, people knew families because they were together. Everybody knew everybody."

Babb said in the early days diagnosis was primarily made by ruling out a problem and "using your own clinical imagination as to what that problem was, especially with the limitation of lab work at that time.

"A lot of time you had to go in and open somebody up to make a diagnosis," he said.

Weathers and Babb were witnesses to technological advances in medicine, which they cite as the most significant change over the past half century in the field.

"Then we really cranked up and started doing vascular surgeries and endovascular surgeries," he said. "Heart catheterizations were also added to the list of procedures offered in Orangeburg."

"Prior to that, people had been using very difficult scopes and things that had just been developed," Babb said. "Vascular surgery: There was very little done in the community at that time, so I was trying to bring technology in that area with new operations and new approaches."

One of the approaches was the vascular lab, which Babb helped found.

"We had a broadening of the scope of many diagnosis at that time," he said, noting blood work, X-rays, CAT scans, MRIs were all on the horizon helping to improve diagnosis.

But technology also came at a cost.

"Hospitals had to look to say, can we afford it?" Babb said. "The other option was can we afford not to do it? That became a balance for the board to decide and CAT scans were the first thing that really emerged as a useful tool."

"We had basically no drugs for vascular circulation in the early 1980s," Babb said, noting especially for peripheral vascular situations. "Aspirin was really the mainstay."

The drug market was bustling, with companies busily looking to get medications on the market.

In the vascular world, Babb said a breakthrough drug was Trentil. It helped improve circulation and limit pain for individuals, enabling them to walk.

"That was a real breakthrough," he said, noting up until Trentil there were no drugs that would help leg circulation.

While the positives advances in health care have been revolutionary in the profession, both Weathers and Babb say there have been some negatives as well.

"Originally all the internists and family practitioners knew everybody," Weathers said. "They knew the surgeons and they admitted their own patients to the hospital and took care of them. It was an easy way to practice because everybody trusted everyone else.

"I don't mean there is mistrust now, but you knew each person's capabilities," Weathers said.

"We did not know those internists as well as we knew the other family practitioners and internists previously. There was a big turnover," Weathers said.

"Subspecialties became evidence-based as we went through the '80s and '90s," he said, explaining how many specialists and hospitalists have created a climate lessening the "family atmosphere of medicine."

"We have people that we literally don't know unless they call us on the phone and ask us to see somebody," Babb said.

One of the big changes in the physician structure early on was the fact that there were no doctors in the emergency room, Babb said.  It was the responsibility of surgeons to see patients if any surgical procedure was required, such as a fish hook accident.

Out of necessity, the hospital hired emergency room physicians.

"We went in only when something needed to be done surgically," Weathers said. ""That made life a lot easier for us."

Despite its rural setting, Weathers said Orangeburg and the hospital have been able to keep up with the nation in ensuring patients have the technology available. He said over the years the hospital has seen the introduction of a number of specialties such as orthopaedics, gastrology and urology.

He says there continues to be a great opportunity for doctors in Orangeburg.

"When I first came to Orangeburg, I was the first doctor in five years," he said. "Now we are processing about 100 applications at any given time."

He noted that the turnover with hospitalists and other physicians remains a challenge in rural health care settings.

"Patients don't have the continuity of care like when I first came here," he said.

He said there are still doctors such as Dr. Frank Coulter and Dr. Van Beth Shuler providing their patients a continuum of care.

"That is a real important thing for a hospital because people leave a community to go to a specialist," he said. "There is an outflow because of a lack of specialists."

He says the challenge will be to recruit young doctors and specialists who want to work at RMC.

In addition to RMC paying them competitively, Orangeburg is going to have to be a place where doctors want to live, he said.

"The newer age new millennial group is looking for entertainment and other things they might enjoy," Babb said. "The entertainment aspect of today's millennial is high on the things to do: good restaurants, shopping and stores."

RMC amid ocean of change

As to the future of medicine locally, Weathers agrees with Babb the way of the future is smaller hospitals joining larger entities such as been seen with MUSC and its purchase of four hospitals and the merger of Columbia hospitals and Greenville with the formation of Prisma Health.

"I would expect at some point somebody will be interested in picking up this (RMC) hospital," he said, noting due to the large indigent patient population it might not be financially attractive for a larger hospital. But Weathers says he believes this will happen.

Weathers is optimistic it will be a benefit to RMC. "It gives us more accessibility."

"The needs of subspecialties and the economic forecast is that physicians continue to have less pay," Babb said. "That aspect of it will make hospitals tend to congregate and bring in subspecialty groups so they accommodate outlying hospitals."

"You can bunch things together, you can centralize care, and insurance companies want to deal with one entity," he said.

Another challenge for the future of RMC is treating an indigent population as government reimbursements such as Medicare and Medicaid continue to decrease. Babb noted especially that many individuals use the emergency room as their primary care doctor.

"The cost there is great," he said

Weathers said despite the often negative portrayal of health care in Orangeburg, especially when it comes to health care access, in all his years of being a general surgeon never did a patient not receive care due to inability to pay.

"When I came here, about 30% of my patients had no insurance at all," he said. "The hospital did not put any limitations."

Weathers said both longtime hospital presidents H. Filmore “Fil” Mabry and Tom Dandridge never tied the hands of the hospital when it came to allowing it to provide patients the care they needed.

"I think the people in this area have been served well at the hospital at all financial levels," he said. "We just did not turn people down."

100 years of the Regional Medical Center

The Regional Medical Center is observing its 100th anniversary. A special section is included in today's print T&D and online in the eedit…

RMC vital for 100 years, next century

The Regional Medical Center is celebrating 100 years with an eye on a new century of service.

Dr. Arden Weathers at The Citadel

RMC operating room of the past.