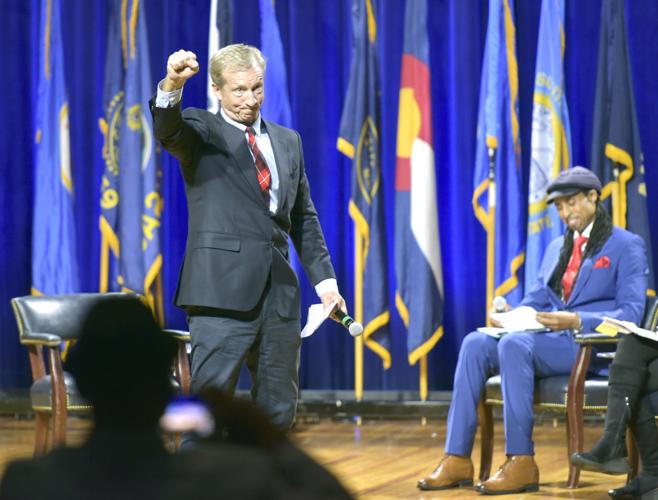 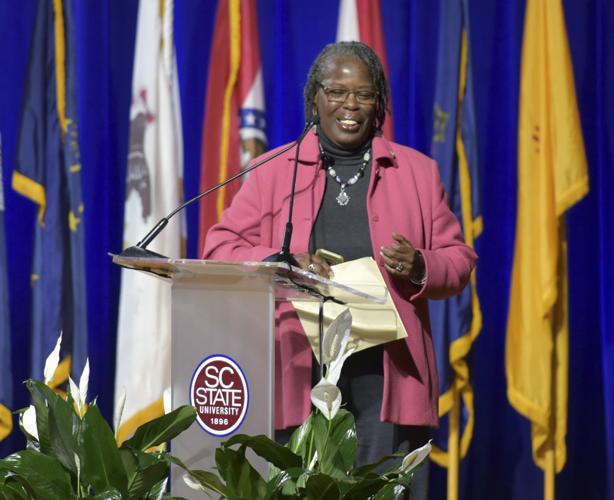 Through the line of questions asked by moderators Mustafa Santiago and Ali Amy Goodman and S.C. State students, the candidates were able to share some of their policy proposals and views on environmental justice.

“This country has focused its air pollution and water pollution in communities of color,” Steyer said.

“My number one priority is to rebuild this country in a sustainable fashion and to make sure that we handle the climate crisis,” Steyer said.

“On day one, we’re using the emergency powers of the presidency to get going on environmental justice, to address environmental racism at the core of what we do,” Steyer said.

Steyer said he would also address corporate environmental crimes by creating “an environmental justice department within the Justice Department."

Warren said that she wants to make a permanent position tasked with addressing the current environmental injustices.

“I will elevate this to a White House position. So we will have counsel on environmental justice,” Warrens said.

Warren added that within the first 100 days of her presidency, she would work with environmental justice groups and leaders to lay out a plan that brings structural changes.

Warren also said she would allocate federal dollars to go straight to the communities that are greatly impacted by environmental problems.

“If I’m president, we’re going to make sure we create a better incentive model for people to be doubling down on investments. In addition to that, we’re going to create moonshots all around this country for science and research in the renewable states, which is critical because right now other countries are beating us in the race to solve these problems of innovation,” Booker stated.

Booker said one of his goals is to have the electrification of the country’s transportation sector by 2030.

John Delaney, a former U.S. representative, said he is in opposition to the Green New Deal. Delaney also said that he will implement policies that will protect minority communities from natural disasters by allocating resources to building sustainable resources.

Author Marianne Williamson said that she would better support HBCUs, as many of their students come from areas affected by environmental issues, and she would address race-based policies and giving reparations for slavery.

A state regulator has cut the price utilities have to pay solar farms for power.

Permanent funding for HBCUs may get Senate, House approval

After stalling a bill that allocates nearly $300 million in federal money for historically black colleges and universities, the U.S. Senate ha…

Orangeburg has attracted many of the Democratic candidates during the past year.