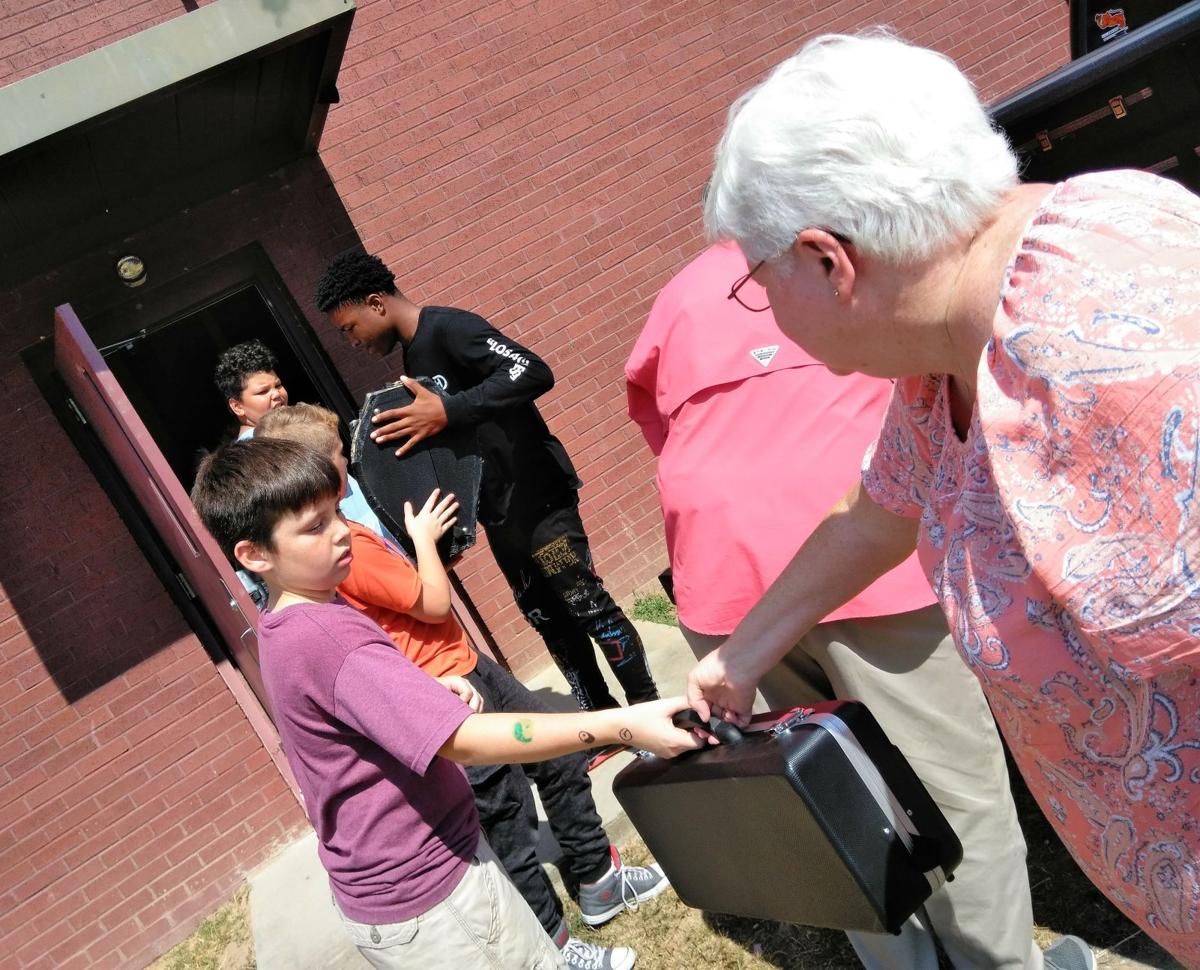 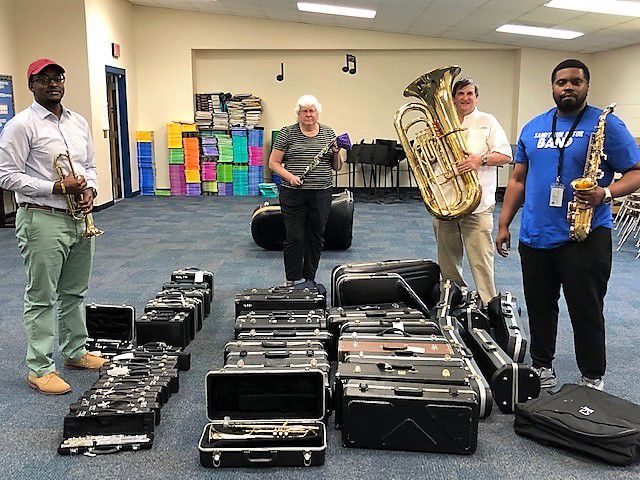 A South Carolina couple is doing their part to continue music education in schools throughout the state.

Tom and Gensie Waldrop of Seneca run TomGen Music for Middle Schoolers, an organization which collects new and used band instruments to donate to schools with few resources or no budget for instruments.

In September of 2019, Vanessa Smith, Carver-Edisto’s new band director, started an “Instruments in the Attic” drive via Facebook for students who were not in the position to rent or buy instruments.

Smith put out the call to action for those who could, to donate any instruments they still had around or knew of, to the band.

Word eventually reached a current member of the Clemson Tiger Band who shared it with his friends and from there, the request was passed along until it landed in the TomGen inbox.

The Waldrops met as members of the Clemson Tiger Band in 1974 and have been involved with schools’ bands since then.

‘All veterans are heroes’: Prayers, thanks offered for those who serve U.S.

Additionally, Smith said TomGen was also able to include drumsticks, brand new mouthpieces for each brass instrument, and valve oil and cork grease to last the band program the rest of the school year.

Tom and Gensie were invited as the special guests at the school’s annual Winter Holiday Concert and received a standing ovation from the Carver-Edisto Middle School community for their contribution.

Smith said she and the students were very grateful for the love that was shown from the Waldrop family keeping the arts alive one instrument at a time.

“With this donation, it is my hope that more students will be able to join the band program and not have to worry about the troubles of not being able to afford an instrument,” Smith said. “Research studies show that music provides an avenue for creativity and self-expression and by participating in music, it naturally adds richness to the quality of life.”

Smith said that to a majority, the band is not just another class elective to add to a schedule.

“To students, the band becomes their family, their peace of mind, the only way they stay out of trouble, their therapy session, their motivation to be a better person, their motivation to make better grades in school, the only opportunity they have to go on a field trip, the only constant in their lives, or simply put, the best thing that has ever happened to them,” she said. “All students want to have the feeling of being a part of something, so why not let it be band!”

The Waldrops said when they first heard of Carver-Edisto’s need for instruments, as they do with all donation requests, they began asking around to nearby schools to verify their need. While checking for Carver-Edisto, the needs of Denmark-Olar Middle School became known to the charity.

They contacted the band director in Denmark, Shelly-Ann Munroe, and offered assistance to their band as well.

Tom and Gensie were able to deliver 40 instruments to Denmark-Olar Middle School in January 2020.

The Waldrops said the school was in need of all types of band instruments but was in particular need of flutes and clarinets.

Even though the school was closed due to COVID-19, the instruments were unloaded from TomGen Music’s truck and trailer and placed in the band room while maintaining social distancing guidelines.

“This generous donation supplied us with flutes, clarinets, alto saxophones, a french horn, trumpets, trombones, one baritone, one tuba, and one drum kit,” Gore said, “The variety of instruments supplied through this disbursement ensures that we have the in-house capability of outfitting our scholars with quality instruments.”

He went on to say that the difficulties of the current time would have made it even harder for new students to join the band program.

“We are still navigating through these unprecedented times,” Gore said. “We don't yet know how the residual effects of the economic shut down will constrain district and family finances.”

“The process for applying for this donation started way before the pandemic, but the value of this gift is incalculable,” he said.

Most recently, the organization was contacted by North Middle School and the two plan to make a donation to them as well.

With other donations to schools in the SC Upstate, Louisiana, and Georgia, TomGen Music has provided over 200 instruments in the past 2 years.

Tom Waldrop says that delivering instruments to schools is the most enjoyable part of the job.

“The students are always excited and the school staff members are so appreciative,” he said. “One school principal even danced a jig and handed out hugs to everyone.”

Tom-Gen Music is able to offer their instruments through the donations to them of both used instruments or money.

Instruments have been donated mostly by friends from the Tiger Band or from members of their church. Monetary donations are used to purchase instruments or shop supplies.

In addition to shopping on eBay, Facebook or antique shops, they find these instruments through friends in Bamberg, Columbia, Clemson and Virginia. Instrument repair shops in Anderson, Myrtle Beach, Beaufort, Atlanta and Seneca teach them basic repair techniques as well as donate instruments.

The owner of Paul Effman Music in Long Island, New York, gives them the opportunity to purchase his retired rental instruments at a highly discounted price. Tom described the company as his angel for instruments.

Since 2013, approximately 20 percent of the instruments have come from donations and 80 percent have been purchased out of the couple’s pocket.

Waldrop said unfortunately, the charity may not be able to continue fulfilling all requests in the future.

As a two-person operation, they are not able to repair instruments quickly and their stock of playable instruments is now very low.

They ask for those who can to make donations to the charity through their website, tomgen-music.org.