Become a Member
Read Today's E-edition
Share This
Subdivision planned for Chestnut Street in Orangeburg; 40 to 50 homes to be built near Columbia Road
0 comments
Share this
1 of 2 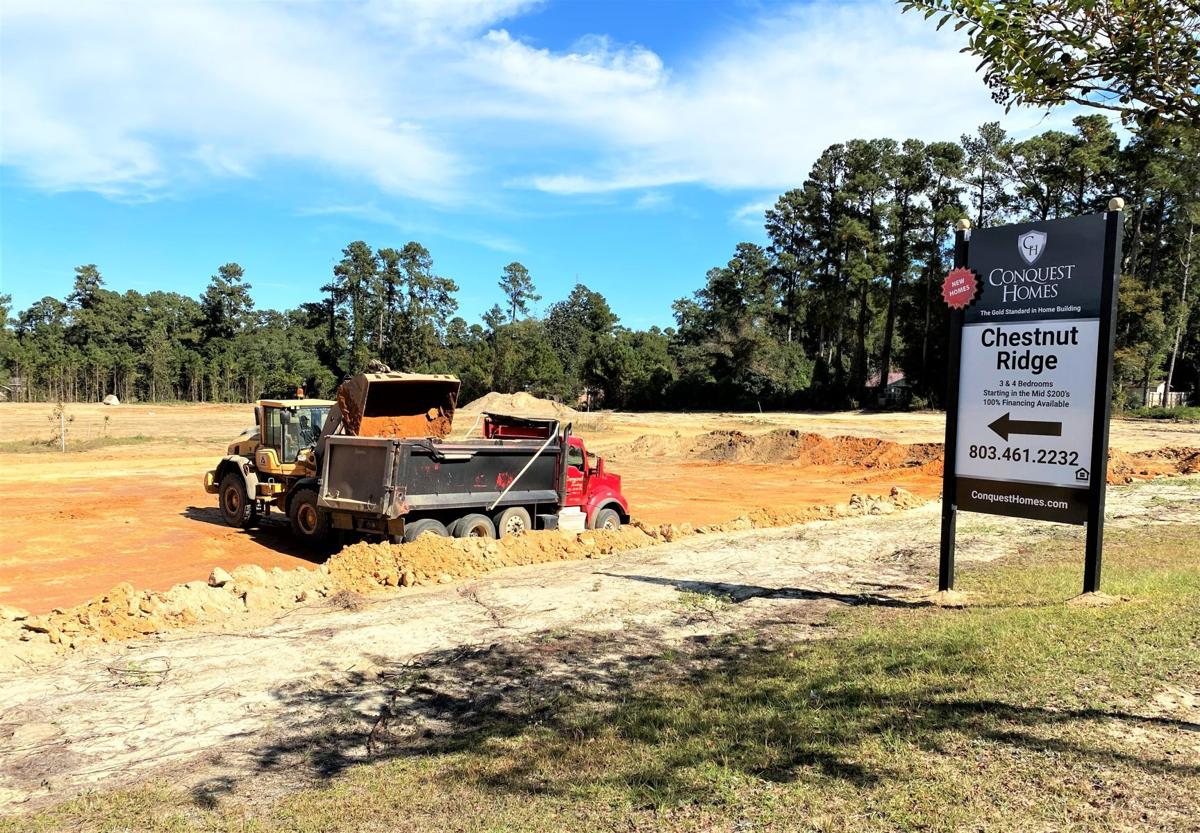 A new subdivision is under development in Orangeburg. The planned Chestnut Ridge Subdivision will be located off of Chestnut Street between Loblolly Lane and Pinebrook Street. 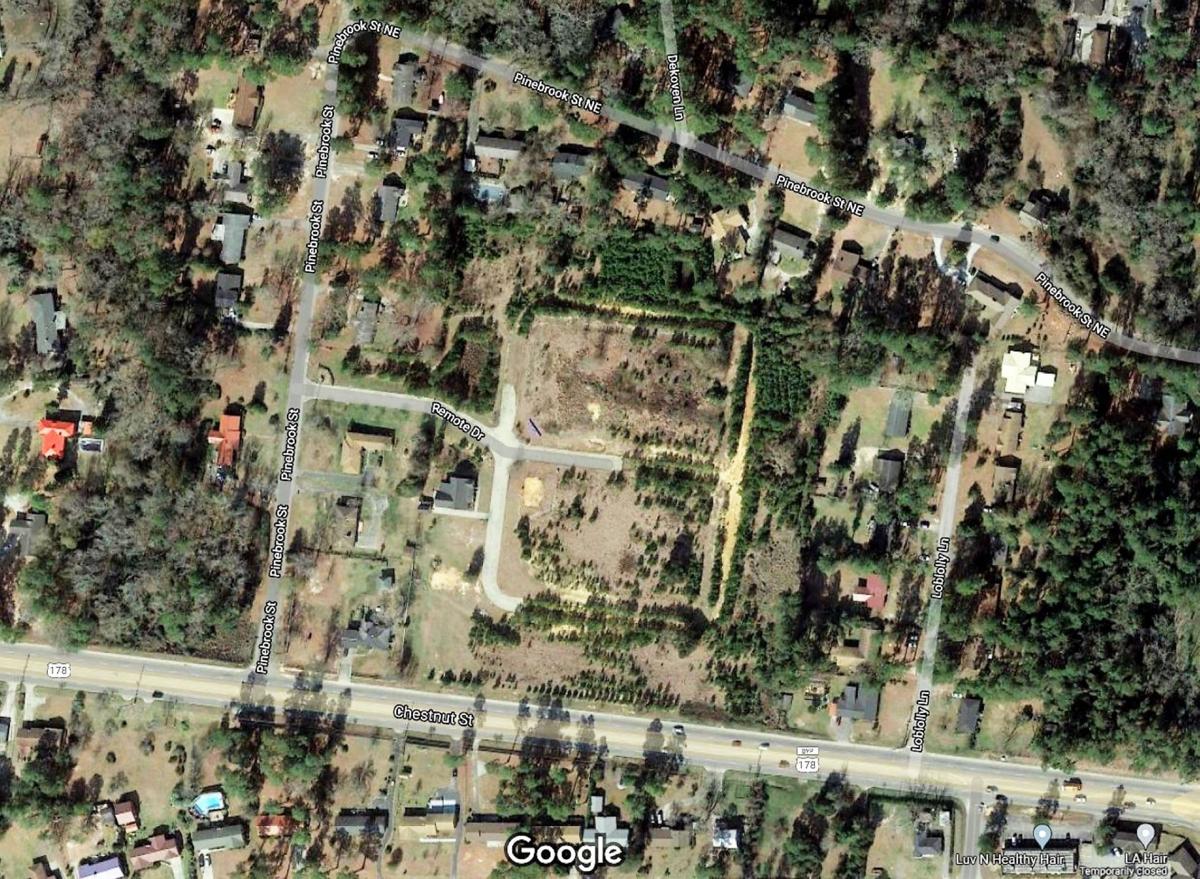 This map shows the location of the new Chestnut Ridge Subdivision, which is under development in the City of Orangeburg.

A new subdivision is planned for Chestnut Street in Orangeburg, Plans call for about 40 to 50 homes.

Chestnut Ridge Subdivision is planned for the area of Chestnut Street between Loblolly Lane and Pinebrook Street. The land is near the intersection of Columbia Road and Chestnut Street.

“This site – when we did our due diligence – we realized it was a great little piece that really we felt could give the community a nice boost," Winding Path partner and land developer Anna Fonseca told the Orangeburg Planning Commission on Tuesday.

Columbia-based Conquest Homes is the homebuilder.

The subdivision will have single-family, one- and two-story homes.

According to the Conquest Homes website, the homes will range from about 1,600 square feet to about 2,800 square feet.

The subdivision will have nine available home plans to choose from ranging from three bedroom, two-bath homes to four-bedroom, two-and-a-half bath homes. Some five-bedroom homes could also be a part of the project.

The subdivision will have access to city water and sewer, as well as natural gas.

Groundwork has already begun on the property with plans to start building homes within the next 60 days, Conquest Homes co-owner Bill Sinnett said.

He said it generally takes about six to eight months to build a home.

Sinnett says interest in the subdivision has been very high.

Fonseca said the property has been dormant for at least the past decade and fits in well with Winding Path's business model.

She said the company has purchased land in subdivisions over the last 10 years where infrastructure may or may not be in place.

“We finish them out,” Fonseca said. “We believe in infill. We do develop in the hinterlands and from scratch. Our biggest goal is to go in and finish what other developers were unable to finish and make it a better place.”

Fonseca said when the owners of the property were approached, they were “more than happy to sell it to us.”

“The market is very good right now,” Fonseca said. “They are making a good product.”

“It will be the first in the City of Orangeburg,” Fonseca said. “We are excited and we would like to show you what we can do and finish it out and hopefully you all will be happy with it.”

The subdivision will have strict covenants and restrictions in accordance with similar development projects the company has done, Fonseca said.

“It will have restrictions on what you can and cannot do,” Fonseca said.

The Planning Commission unanimously approved the preliminary survey and plat for the project.

Orangeburg Assistant City Administrator John Singh said the property developer and the city have been on the same page in terms of covenants and restrictions for the subdivision.

The subdivision will include retention ponds and 6-foot high fencing around the ponds.

Singh also said access to the subdivision will not be from Chestnut Street but side roads in the area. Singh said the access requirement is in line with S.C. Department of Transportation regulations.

The tract was slated for development about 14 years ago, but those plans fell through.

Aging schools in various needs of repair. A county with declining population and school district enrollment. Underutilization of school campuses.

A 41-year-old Orangeburg man is accused of shooting another man in a dispute.

Tonya Ceasar sings to provide a soothing and spiritually uplifting comfort to people's souls. With the release of her latest album, she contin…

A Wednesday morning fire at an Ehrhardt apartment claimed the life of a 54-year-old woman, according to Bamberg County Coroner Wallace Hicks Jr.

A new subdivision is under development in Orangeburg. The planned Chestnut Ridge Subdivision will be located off of Chestnut Street between Loblolly Lane and Pinebrook Street.

This map shows the location of the new Chestnut Ridge Subdivision, which is under development in the City of Orangeburg.