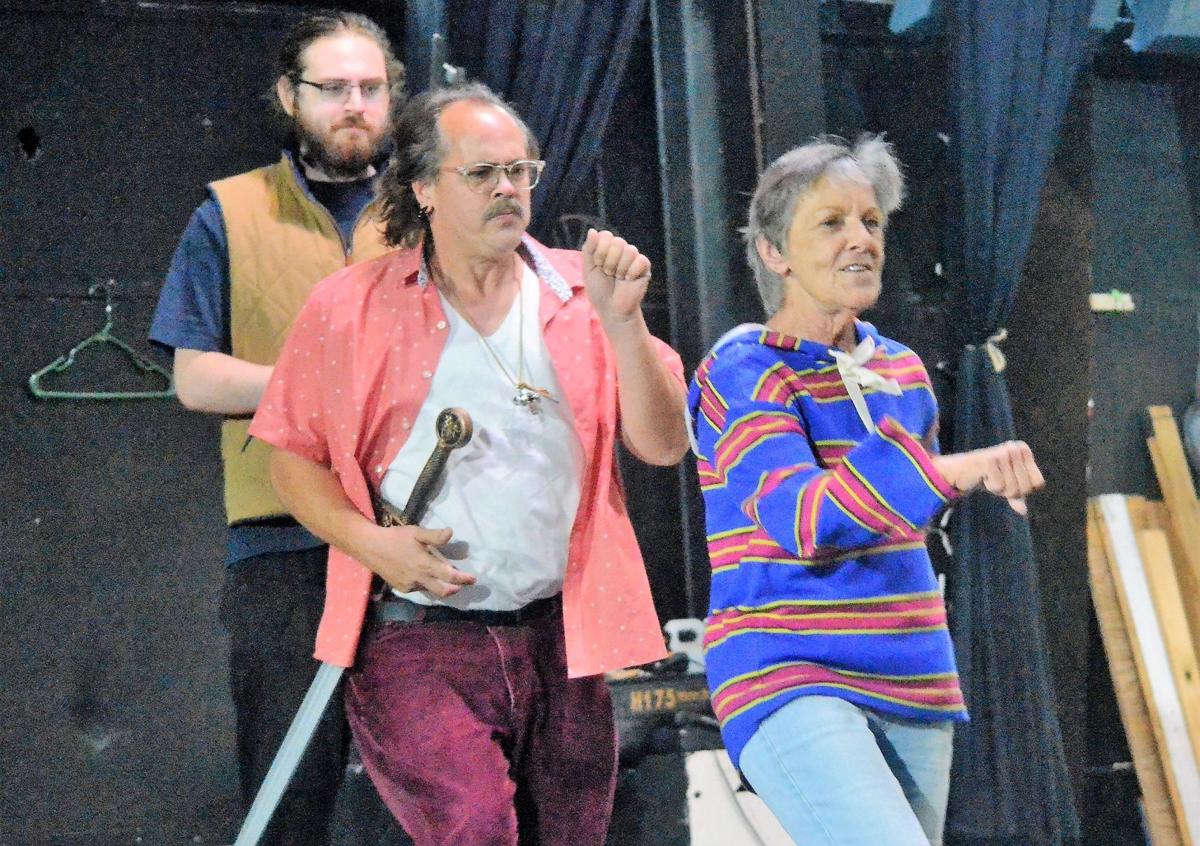 The Knights of Round Table, from left, Will Inabinet, Matthew Kurz and Phyllis Davis ride their "mighty steeds" during practice for the Orangeburg Part-Time Players’ production of “Monty Python's Spamalot.” 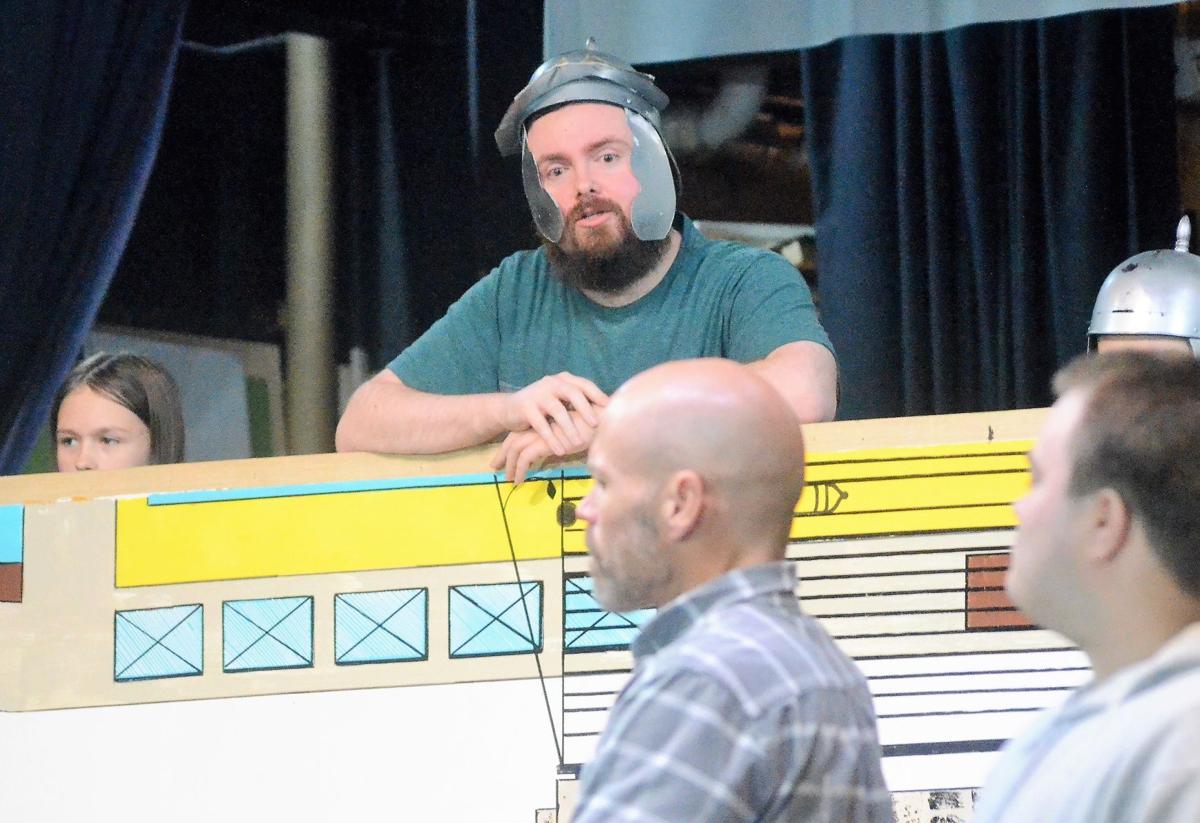 The Orangeburg Part-Time Players are set to present “Monty Python's Spamalot,” which is called "a musical lovingly ripped off from the motion picture ‘Monty Python and the Holy Grail.’”

The Tony-award winning show begins its run Thursday, Nov. 18, at 7:30 p.m. and finishes Sunday, Nov. 21, with a 3 p.m. matinee. Show Director Tony DeAloia said he remembers seeing the film and falling in love with the British sketch-comedy troupe.

“They would take the smallest thing and made it big,” DeAloia said. “That’s what I want to do with this show. I'm trying to find those little things to play off of, and expand on them. My style is also to include everyone, so there are opportunities for this cast to ad-lib and interpret scenes in different ways.”

Fans of Monty Python will instantly recognize the story of King Arthur and his knights’ quest for the Holy Grail. They encounter taunting Frenchmen, rival knights and even flying livestock.

The show also includes a number of Easter eggs from Monty Python's career sprinkled into the show.

But even if you have never seen a sketch, DeAloia said there is something for everyone.

“If you're not leaving the theater with your side hurting from laughing, you don't have a funny bone in your body,” DeAloia said. “Now, there is some language that might offend some people, but British humor reminds me of what Mel Brooks did. You have to be able to look inside yourself, and laugh at yourself.”

'A place for all people': Orangeburg County Library celebrated

Musically, the show features a number of Python favorites including “Always Look on the Bright Side of Life,” along with a number of songs that mimic classic Broadway tunes.

“There's music from all genres and all ages,” DeAloia said. “You'll listen to something and think it sounds like a nursery rhyme or a parody of a song, but that's what it is. It's typical of Monty Python.”

“I have an amazing cast,” DeAloia said. “A lot of these people I have worked with before on other shows, but there are some new faces as well.

Show dates are Nov. 18-21 and tickets for the show are $15 and can be purchased online at bluebirdorangeburg.ticketleap.com/monty-pythons-spamalot.

In other theater news, the OPTP will present “A Bluebird Christmas Gift” on Dec. 18.

The variety fundraiser show will feature songs, skits, dance and more celebrating the most wonderful time of the year, according to OPTP President Wendy Jeffcoat Crider.

Admission is free, but donations are welcome.

You can reserve your seats at bluebirdorangeburg.ticketleap.com/a-bluebird-christmas-gift/

Insane base jumpers leap blind from cloudy cliff in Italy

'It's coming directly towards us:' Eyewitnesses capture Florida tornado that left hundreds displaces

'It's coming directly towards us:' Eyewitnesses capture Florida tornado that left hundreds displaces

Prince Andrew has been stripped of his titles. What happens to them now?

Prince Andrew has been stripped of his titles. What happens to them now?

The Knights of Round Table, from left, Will Inabinet, Matthew Kurz and Phyllis Davis ride their "mighty steeds" during practice for the Orangeburg Part-Time Players’ production of “Monty Python's Spamalot.”