Vance man accused of breaking into church with headstone from grave 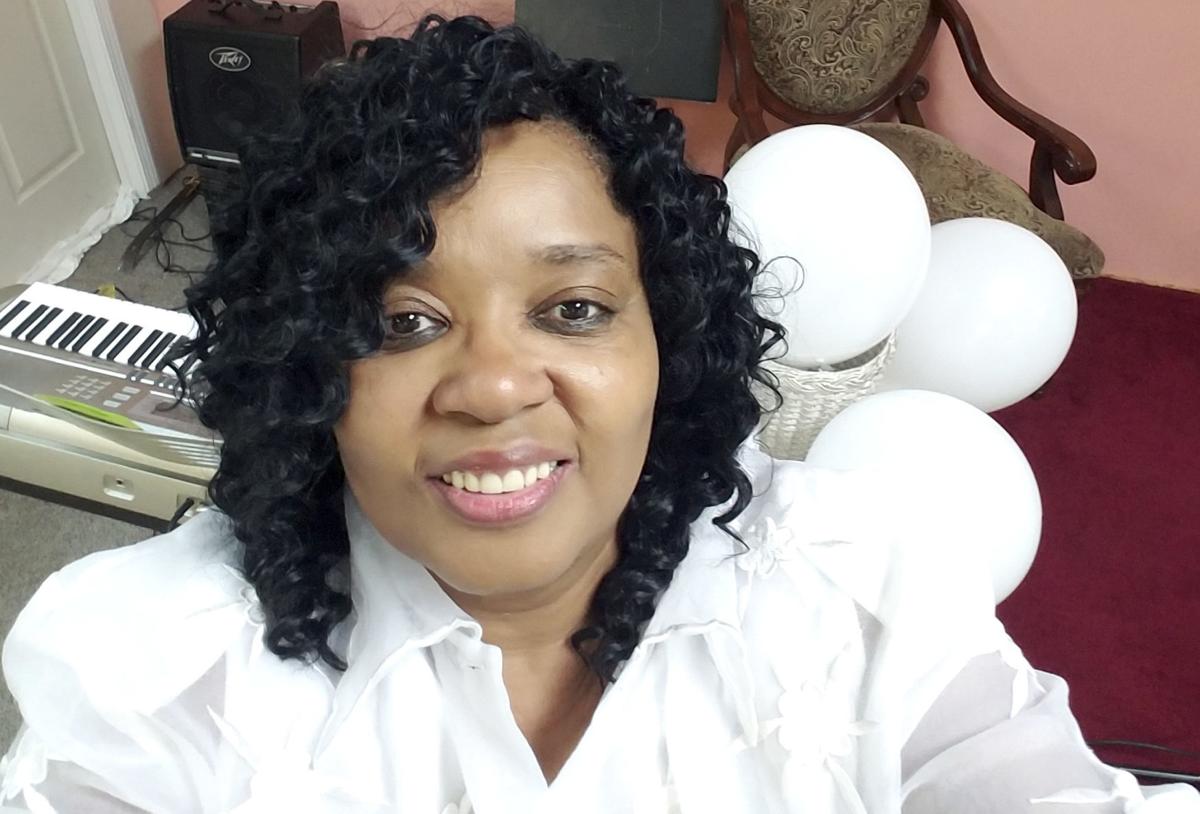 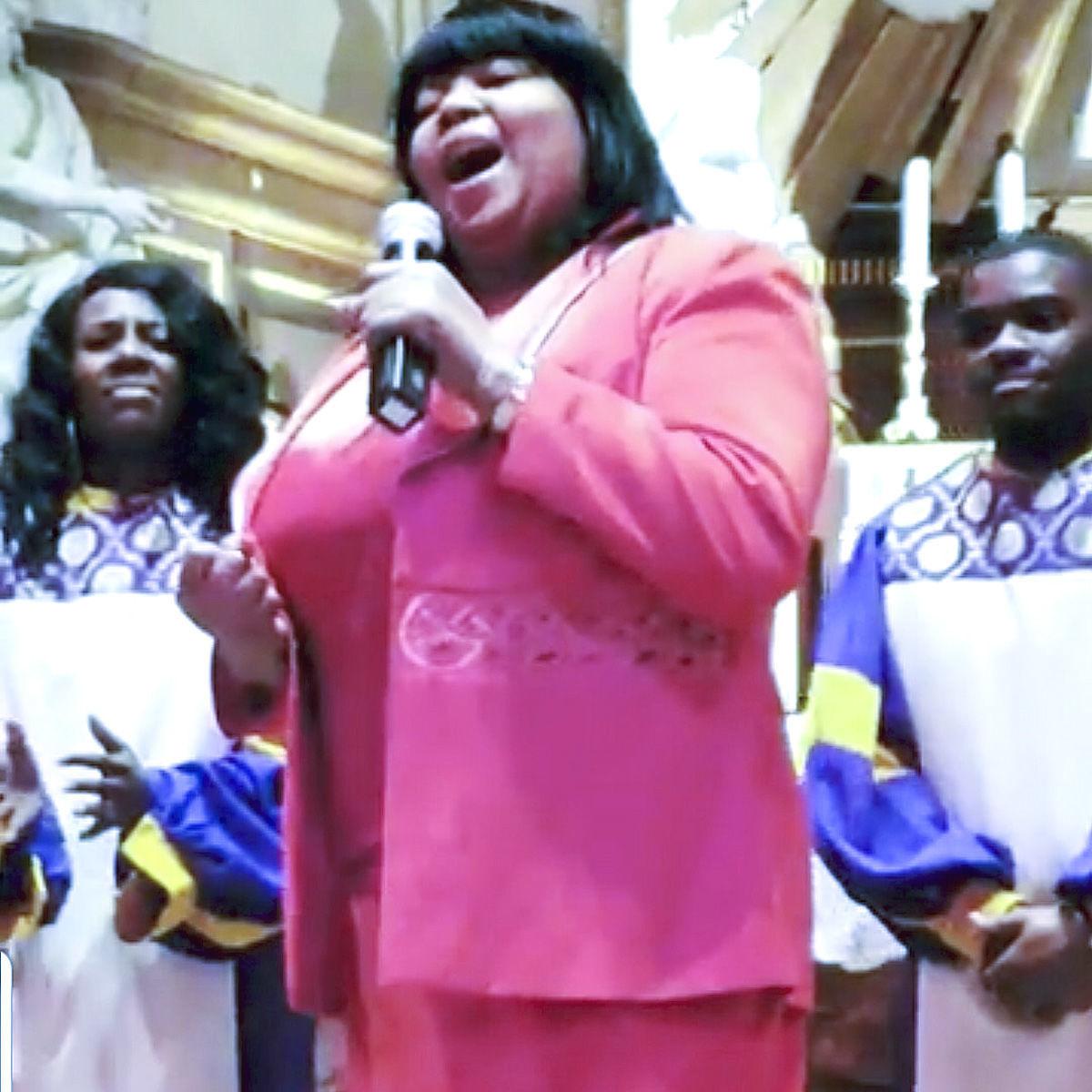 Williams, 60, has been singing since she was a child. “I got into singing because my mom wanted us to be involved in something in church. I told her I wanted to sing on the choir," she said.

Williams, 60, has been singing since she was a child. “I got into singing because my mom wanted us to be involved in something in church. I told her I wanted to sing on the choir," she said.

Angela Williams has experience writing, teaching and pastoring, but it is perhaps her gift of song that she recently shared abroad in Paris that is just as uplifting to her and others.

Musician spreads gospel through unique sound; Orangeburg native: ‘My calling is helping others’

The Orangeburg native, who now resides in Columbia, wrote and recorded a gospel music CD single titled “Awesome God” earlier this year and will be performing concerts in Paris, where her CD was released.

Williams, 60, who has also written three more songs for a future CD project, has been singing since she was 6.

“I got into singing because my mom wanted us to be involved in something in church. I told her I wanted to sing on the choir. Since that time, I have met many great singers. She used to take me with her to the quartet singing in Columbia when I was young,” Williams said.

“I met Dorothy Grant, the O’Neal Twins, The Consolers, Shirley Caesar, Sallie Martin, the late Dr. Thomas Dorsey, Dorinda and Jackie Clark, Vickie Winans, Desmond Pringle, John P. Kee and many others during my lifetime of singing,” she said.

Williams, the daughter of the late Lillie Bonaparte Reed, is the second eldest of seven children and said her music, including her latest CD single, is meant to soothe the soul.

“My song ‘Awesome God’ describes the attributes of God and how he is always there for us, bringing us through every situation and circumstance. My music is soothing to the spirit and allows oneself to visualize how awesome God has been to each of us.

“I want the listeners to feel and experience the power of God through my music, feel the ability to make necessary changes in life and come into praise and worship connections as they listen to the words of the song,’ Williams said.

The project was produced by Inspiring Music Productions, or IMP, in Bamberg under the supervision of Bernard Holman and Travis Palmer.

Williams, a 1977 graduate of Orangeburg-Wilkinson High School, is no stranger to the music, having been exposed to several talented musicians while growing up in Orangeburg.

“I was a member of St. Paul Baptist Church, where I grew up singing on the Tiny Tots (Choir), Junior Choir, Youth Gospel Choir and the Young Adult Choir. I learned how to sing without being critical of others, learned how to share music and friendship,” said Williams, who also gained other lessons.

“I learned how to listen and follow directions. At the age of 15, I joined the Orangeburg Gospel Choral Union, which is now known as NCGCC-Orangeburg, under the direction of Minister Rosemary Griffin. That changed my entire outlook on music," she said.

“I learned about voice parts, leading songs and reading music. I traveled with her group to the National Convention of Gospel Choirs and Choruses, which was a first for me. I now knew what other cities and states were like."

In 1982, she moved to Columbia, where she became choir director for the children and adult choirs at Grace and Truth Christian Center Church and served for more than 25 years. She also joined Bishop Alfonzo Udell & Chosen, a group which won second place in the new artist division at the Stellar Awards in 2018.

After her move to Columbia, Williams said she also joined the singing group Seasoned under the direction of Louise Smith, “a national recording artist who just launched a healing CD in August 2019.”

Williams has traveled with Bishop Udell and Chosen on an eight-day tour in New York, Maryland and North Carolina and has recorded as a background singer with gospel artist Desmond Pringle.

“Singing soothes the soul, changes the heart and provides support for the issues we face in life. The words to songs inspire us to live better, grow more and help others to enjoy their journey through life. Singing is a ministry, and people’s lives have been changed so much by words to a song,” Williams said.

She said her recent trip to the National Convention of Gospel Choirs and Choruses in Detroit, Michigan, was productive.

“It was very inspiring. We were blessed with great speakers and singers the entire week, including Vickie Winans, Marvin Winans, the Clark Sisters, Douglas Miller, Bishop Drew Sheard, Kiki Sheard and Marvin Sapp….

“I sang with the choir on two occasions as well as listened to great, phenomenal preachers share the word the entire week. I took away words to new songs that I’m going to record soon,” Williams said.

A retired teacher from Richland School District One, she served as a math teacher for 28 years at W.A. Perry Middle School. She is also the pastor and founder of Rejoice Christian Center Church in Columbia, as well as an author whose two new books include “Spiritual Abuse in the Church” and a collection of poetry titled “Free, Not Locked Up Anymore.”

Williams’ new gospel CD single “Awesome God” can be purchased on CD Baby and other digital media outlets, as well as through Williams’ website at www.angelrowministries.com.

Brodis and Matilda Legree of Neeses know what it takes to make marriage work for decades.

Never miss a score. Get your first 3 months for $3!