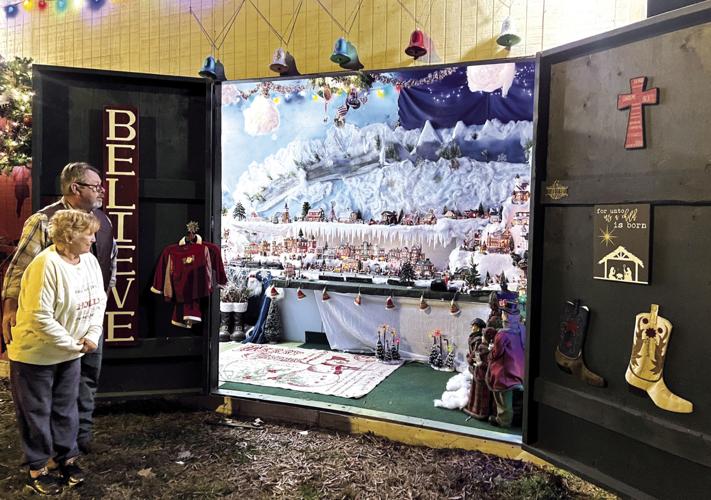 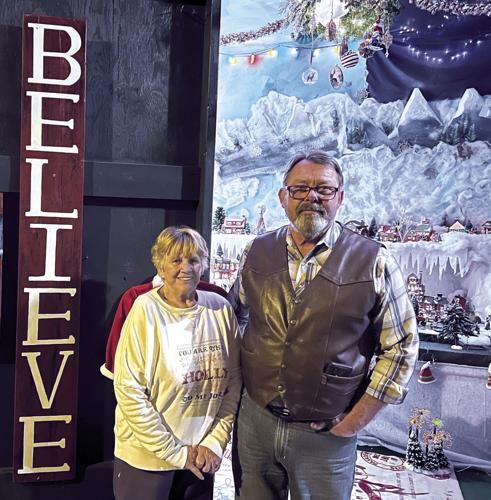 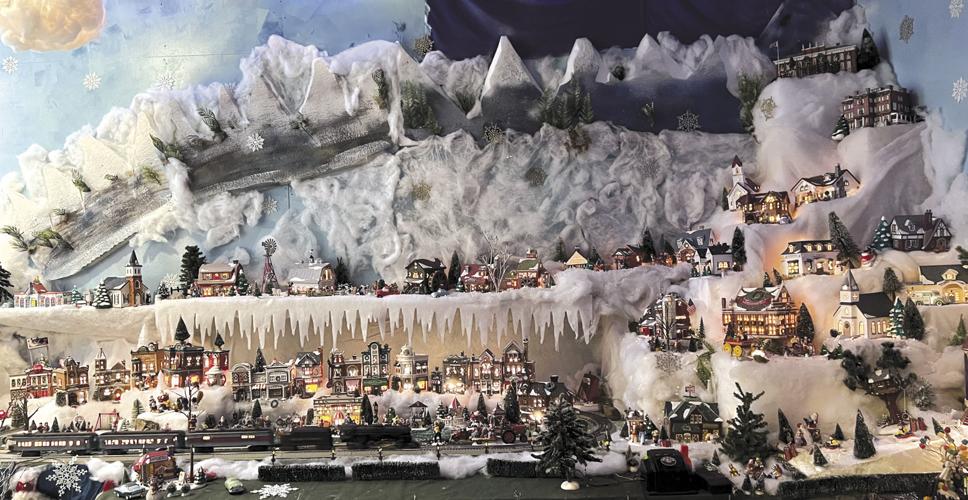 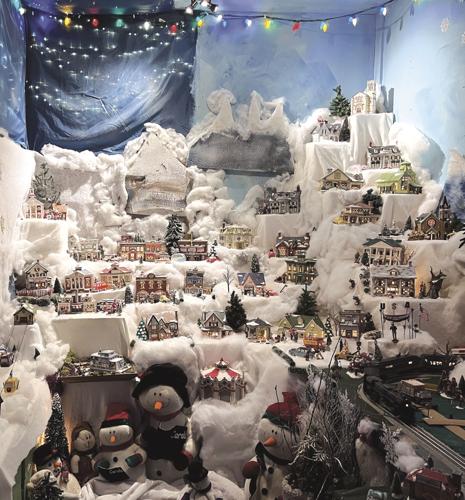 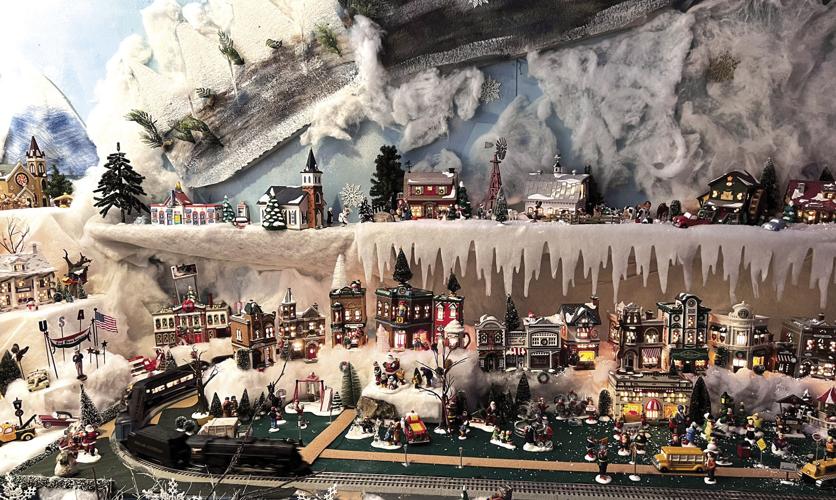 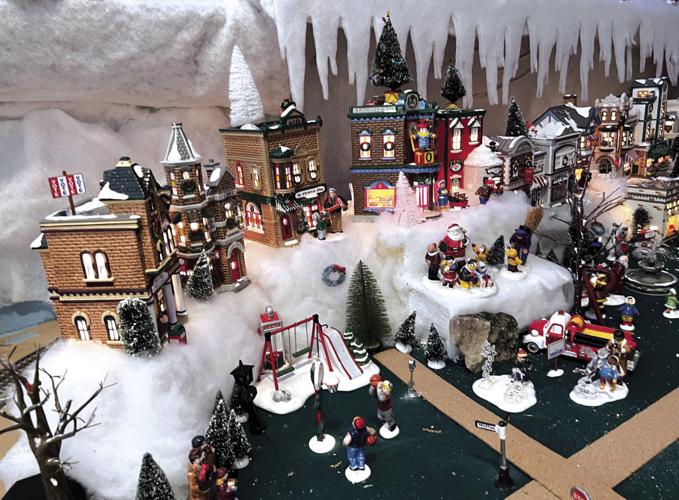 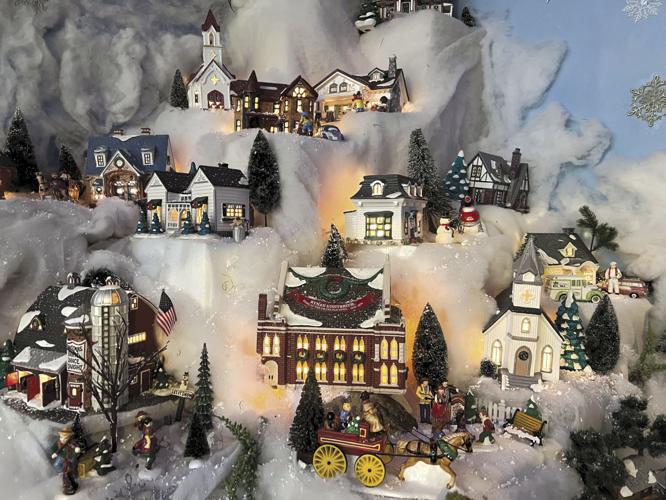 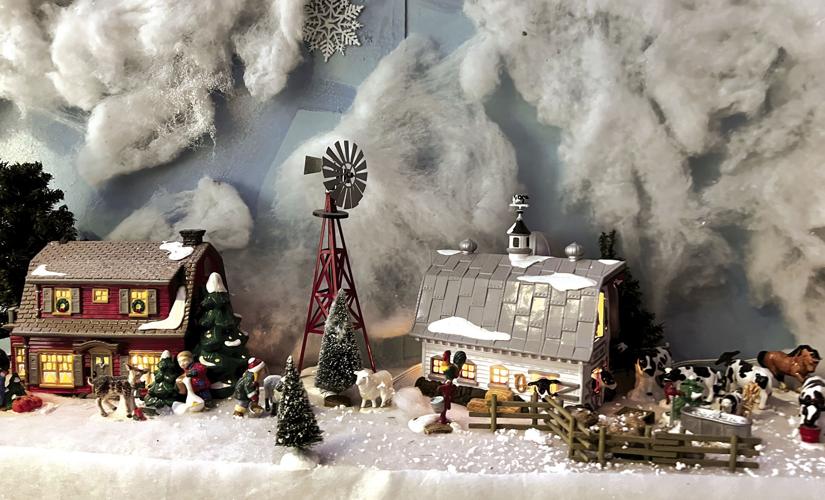 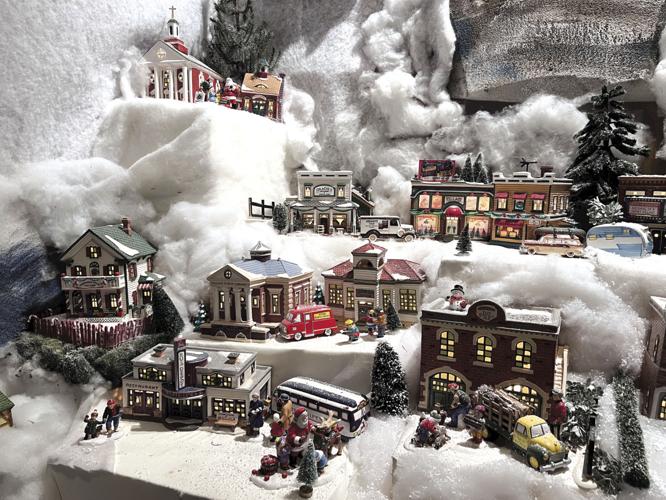 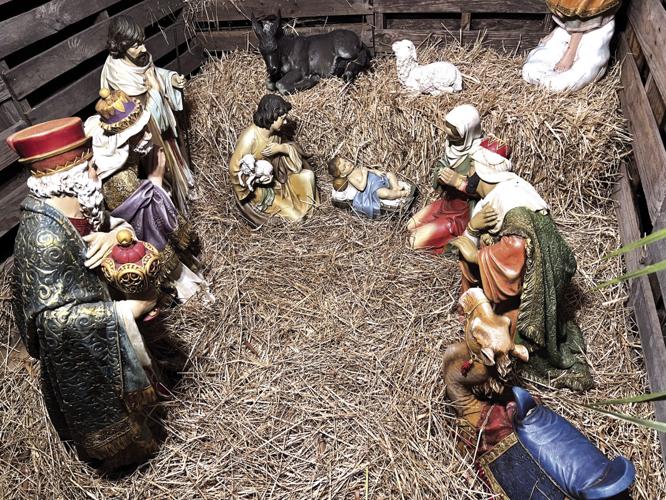 A small, lighted Christmas snow village that began with a couple of houses over three decades ago has grown into such a large spectacle that Robert and Mary Wilburn built an enclosed wooden outdoor display cabinet for their passion so they could share it with the community.

“A friend and I went to the Highlands in North Carolina in 1990 and each of us bought a house and a train. We just kept adding and adding each year,” said Mary, who also set up a small scene in her beauty shop when she worked in Mt. Pleasant. Robert gleefully shared that his wife’s customers started bringing items to add each holiday season.

“We had always put the display up in the house and a few years ago we decided that we needed to build it a home,” she said, indicating that it just got to be so large that taking it down for storage and putting the entire village back together each year became a monumental task.

“We have a Nutcracker theater scene, which is not snow village, but I liked it. And we have Princess Diana’s house. We have an animated ski lift, which is new this year,” she said.

LIVING ON PURPOSE: Come Let us Adore Him – Christ the Lord!

The Polar Express train, complete with children waving from the windows and Santa Claus riding on top of one car, blows its whistle as it travels through the village and into the mountain tunnel and back again. There are many churches, at least one cathedral, a farm, many village mainstays such as soda shops, gas stations, restaurants, a library, a bus depot, a daycare, a fire station, a police station and a car garage.

There is even a Starbucks, the Coca Cola bottling plant of Atlanta and the Ryman Auditorium representing Nashville, Tennessee.

Most of the buildings and houses are lit up and nearly all items bear the Department 56 name. Streetlights and lamps highlight children playing, snowboarding and celebrating the joy of the winter holidays together. Foam, paint and cotton make up the mountains and clouds placed on the walls and ceiling to add depth and more of a real-feel to the bustling, vibrant village.

Mary said she saw the clouds displayed at Brookgreen Gardens in Myrtle Beach and brought that inspiration home to their design.

“We want to invite the public to experience our snow village. It would take awhile for you to see everything, so plan to spend some time,” Mary said.

Right outside the display barn, the Wilburns designed a quaint stable scene complete with straw and hay for the shepherds, wise men, animals and the focal point for the Christmas season, the baby Jesus in his wooden manger. Mary shared that a few years ago when they had free-range chickens, one morning they awoke to an exact dozen brown eggs laid in the manger.

“We want to share our Christmas village with more people,” said Robert, asking that you call 843-568-4920 for the address and to make sure he is available to welcome you to the full experience of the sights and sounds of the Wilburn Snow Village, a bit off the beaten path near Highway 210 in Bowman.

Instead of giving up a couple of years ago when Queen Elizabeth James, a Claflin graduate, found herself faced with a tough situation, she dec…

Changes to the federal COVID vaccination program scheduled by Fall

Astronomers confirm the discovery of 12 more moons for Jupiter

Astronomers confirm the discovery of 12 more moons for Jupiter