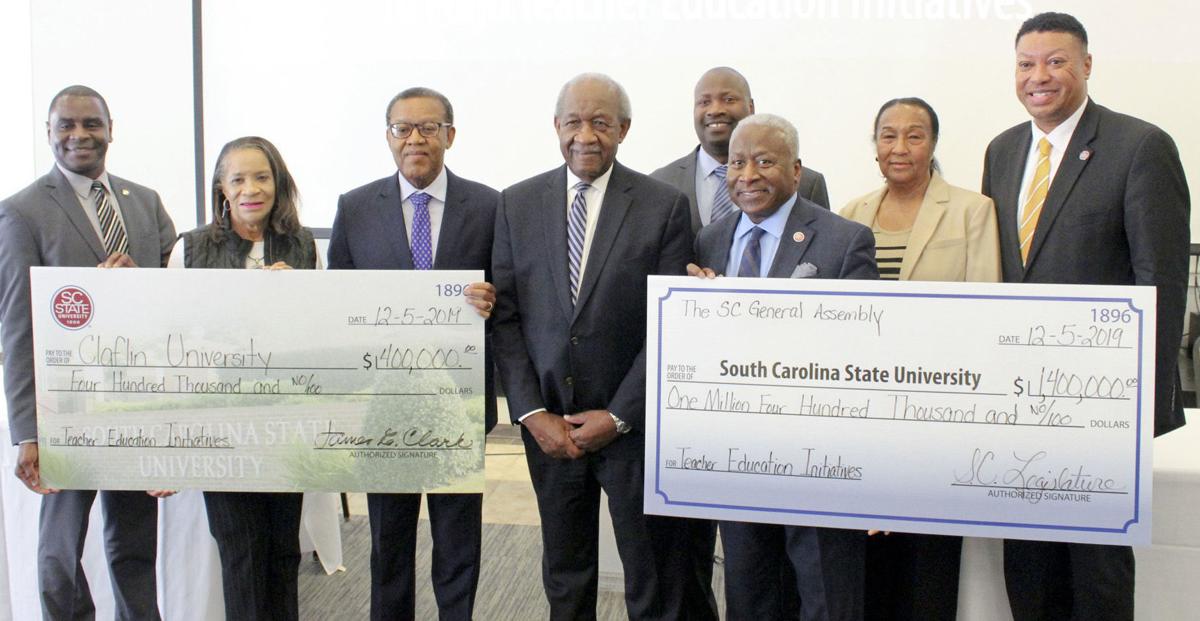 Sen. John Matthews, center, Claflin University and South Carolina State University officials meet in the President’s STATE Room on S.C. State’s campus for the presentation of a $1 million check to S.C. State, $400,000 of which is being shared with Claflin as a part of the Teacher Education Initiative. 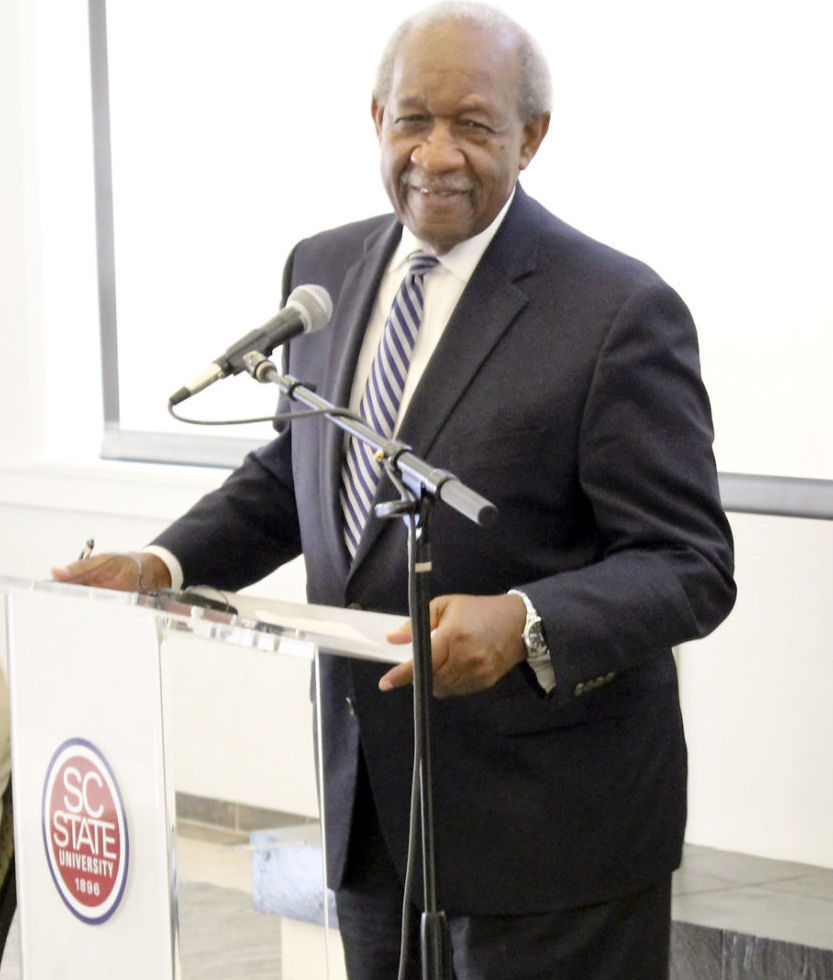 Sen. John Matthews speaks during the presentation of checks to South Carolina State and Claflin universities as part of the Teacher Education Initiative.

South Carolina State University and Claflin University are partnering to help address the state’s teacher shortage through a new initiative.

On Thursday, Sen. John Matthews presented the S.C. State Department of Education with a $1.4 million check from the South Carolina General Assembly. The $1.4 million recurring grant is to fund the Teacher Education Initiative, which was established to address teacher shortages and diversity in S.C. schools, and recruit minority high school students along the I-95 Corridor.

“The pipeline for teachers is not there,” Matthews said addressing officials from both universities in the President’s STATE room on S.C. State’s campus.

“Education is critical to the development of this state. We cannot develop a high-skill economy without a high-skill workforce. And you can’t develop a skilled workforce without teachers to teach them.”

Beginning in January 2020, the program will provide advising, counseling, mentoring, after-school and summer enrichment, scholarship awards and opportunities for dual-enrollment credits at S.C. State and Claflin universities to 200 11th and 12th-grade students in Orangeburg, Calhoun and Clarendon counties.

Students will also receive preparation to pass the PRAXIS Core, PRAXIS II and Principles of Learning and Teaching exams.

South Carolina State presented Claflin with $400,000 of the awarded funds. Matthews praised the neighboring universities for their partnership.

“I’ve always believed that – State, Claflin – we’re stronger together than we are separate,” Matthews said.

Claflin Provost Dr. Karl Wright said the newest accord between the universities adds to a long-standing partnership.

S.C. State President James Clark said the launch of the initiative will be far and wide.

“We will be receiving the first of a recurring amount of funding to launch a new initiative for teacher education in the state of South Carolina,” Clark said.

“This is an outstanding opportunity for South Carolina State University, Claflin University and the greater educational community-at-large because in these trying time of finding teachers, to have prepared locally, to have them taught right here in the same county as us is a major win-win for Orangeburg County School District,” Johnson said.

Johnson said having local students advance through the program, graduate with their degrees and begin their teaching careers in the county is something that will benefit the community.

“This brings hope for everybody across the county because the more we can have our students grow into our profession, the better off we will all be.”

COLUMBIA – The S.C. Senate honored the longest-serving African-American legislator, Sen. John W. Matthews, in a special ceremony where his por…

The South Carolina State University board of trustees elected Trustee Rodney Jenkins as its new chairman.

Sen. John Matthews, center, Claflin University and South Carolina State University officials meet in the President’s STATE Room on S.C. State’s campus for the presentation of a $1 million check to S.C. State, $400,000 of which is being shared with Claflin as a part of the Teacher Education Initiative.

Sen. John Matthews speaks during the presentation of checks to South Carolina State and Claflin universities as part of the Teacher Education Initiative.