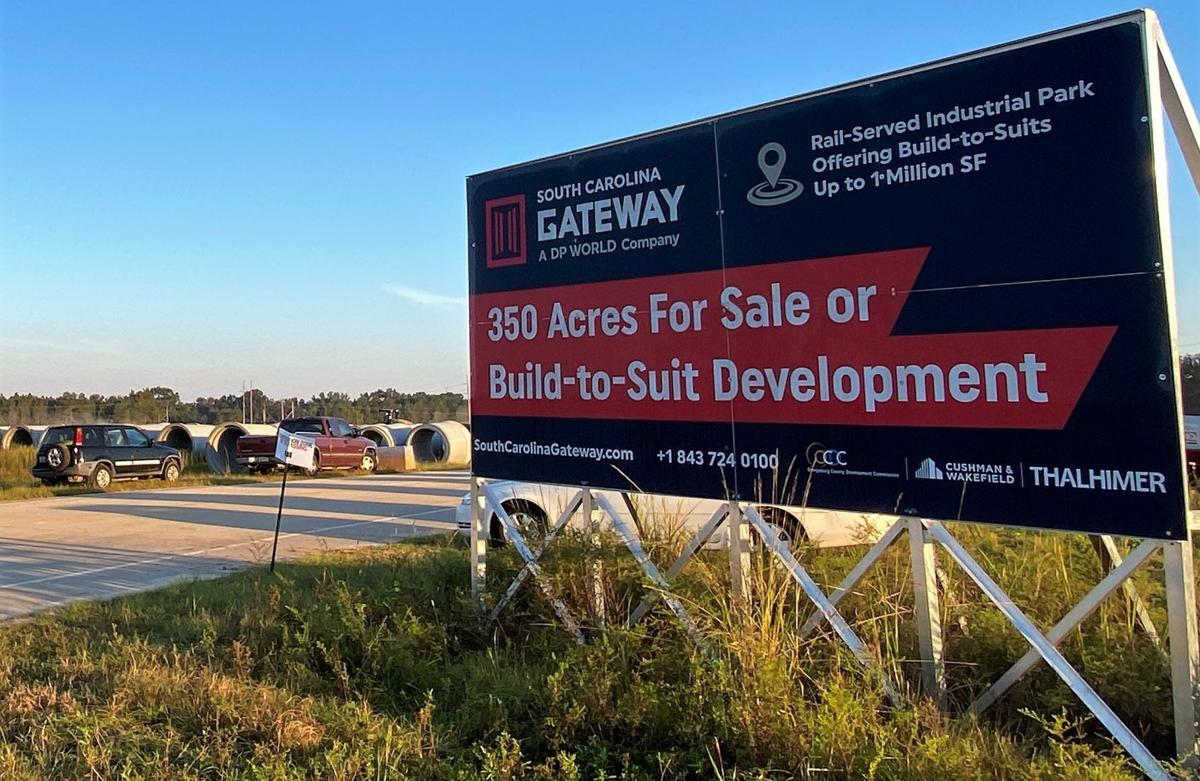 Work is underway at the 1,322-acre South Carolina Gateway Industrial Park in the Santee area. The park can house industrial, warehousing, manufacturing and ancillary services. 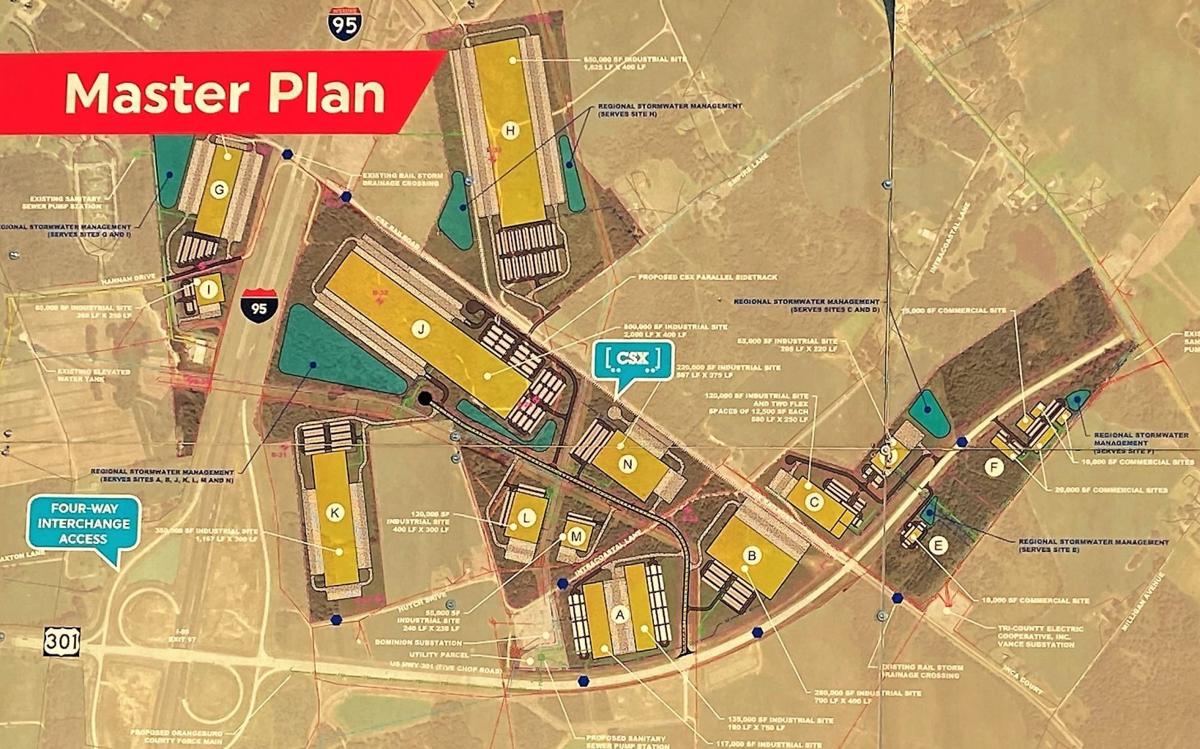 A sign at the South Carolina Gateway Industrial Park shows its master plan.

It’s been 13 years since Dubai World, parent company of Jafza International, said it was considering Orangeburg County for a $600-700 million logistics, manufacturing and distribution center.

While the company purchased land in the Santee area, the project never materialized as planned following the global economic recession that began in December 2007.

But there is movement once again at the 1,322-acre “South Carolina Gateway Industrial Park,” formerly JAFZA Magna Park.

Two pads have been built at the site to house future speculative buildings attracting companies to the area.

Help Wanted in S.C. -- an in-depth look at the shortage of workers

"DP World is excited to move this project forward both on a small scale -- the first building -- but on a larger scale of growing the park in what we refer to as our premier industrial park in the U.S.," Vice President of Parks Logistics and Zones DP World Brian Hoffman said in a video presentation on the company's website about the Santee project.

Hoffman explained the 125,000-square-foot building is an expandable Class A structure with tilt walls that can be subdivided for smaller users.

Signage on the property notes there are 14 available sites (two of which are listed as pad-ready) and two listed as commercial.

DP World was originally founded in the 1970s as a terminal logistics company, but over the last two years has focused on parks and logistics in an effort to complement its terminal operations, said Hoffman.

Help Wanted in S.C. -- an in-depth look at the shortage of workers

"The reason we are seeing speculative buildings and pads being developed is because of the commitment from County Council and our utilities to make the sites more readily available," Robinson said. "We are preparing ourselves for the future investment."

The Orangeburg County Development Commission is marketing the property heavily on its website.

According to an OCDC flyer, about 806 acres of the site can be developed.

The site has power through Tri-County Electric Cooperative, natural gas from Dominion, water from the Lake Marion Regional Water System, sewer service from Orangeburg County/Santee, telecommunications through Verizon and Frontier and fire protection from the Santee Fire Service and Orangeburg County Fire Service.

The property is also certified by the S.C. Department of Commerce, meaning that substantial wetlands, environmental, geotechnical and archaeological studies have been performed.

The park has had some interest from manufacturing and warehousing/distribution companies in the automotive, wood products, agribusiness and distribution logistics sectors. The OCDC has shown the industrial park to prospective companies over the past year.

The property received a boost in the spring of 2017 with the opening of the new Exit 97 and U.S. 301 Extension interchange from S.C. Highway 6 to Interstate 95.

The stretch of roadway is also known as the U.S. 301/S.C. Highway 6 Connector.

County officials have said the absence of a developed interchange and adequate roadway infrastructure on and off of I-95 and U.S. 301 was the most challenging aspect of attracting business to the site.

The building has housed a number of small industries employing a few dozen at any given time.

Since the construction in 2011, the facility has been leased to an automotive training facility and most recently, a custom pipe fabrication company (Ameripipe Supply).

The coronavirus pandemic has impacted every aspect of life. The death and illness, as well as economic struggles, it has caused will permanent…

Unemployment rates declined in The T&D Region in September, reflecting a pattern seen across South Carolina.

Here's how many astronauts NASA selects from more than 12,000 applicants

Here's how many astronauts NASA selects from more than 12,000 applicants

Work is underway at the 1,322-acre South Carolina Gateway Industrial Park in the Santee area. The park can house industrial, warehousing, manufacturing and ancillary services.

A sign at the South Carolina Gateway Industrial Park shows its master plan.