Orangeburg resident Sarah Ford has always had a heart for serving those less fortunate.

Whether it was raising money through bake sales for Jerry's Kids at the age of 5, working with the Literacy Council, or raising money for the Muscular Dystrophy Association, Ford and service became synonymous.

“My parents instilled in my brother and me an enthusiasm and responsibility to serve others,” the 38-year-old Ford said. “They encouraged me to be creative, always stand up for others, and use my voice to help -- whether through encouraging me to be involved in politics at a young age and writing politicians, or through school activities -- writing for the newspaper or starting a literary magazine.”

This love of service for the betterment of others helped plant the seeds for Ford’s current role as the legal director at South Carolina Victim Assistance Network (SCVAN). She has served in this role since 2017.

Cecil Williams honored for life behind a camera; photographer receives Governor’s Award in the Humanities

SCVAN was created to form a network of service providers to better protect and serve victims of crime.

As part of her duties, Ford directs the legal program with a staff of 10 attorneys and paralegal/advocates.

She also represents victims in courts all across the state, provide training for law enforcement, attorneys, judges, advocates, and community members on victims’ rights issues and enforcement, writes grants to support our program and handles administrative and budgetary issues for the program.

“It's a dream job,” Ford said. “I can see gaps for victims and create programs to fill those gaps and provide technical assistance to support people who work with victims to solve problems and make the legal system a little easier to navigate for victims who have an attorney representing them and helping them through the process.”

Growing up in Orangeburg

She says her childhood of inquisitiveness and exposure to diverse groups at a young age all helped prepare her for her current role.

“Those early experiences really shaped my future in working with underprivileged, underserved communities,” she said. “A frequent phrase I think of is 'To whom much is given, much is required.'"

Born in Chester to Michele Bossi and Frederick Ford, Ford came to Orangeburg in 1984 at the age of 2.

Ford’s mother was the owner of Longwood Plantation and Magnolia Place, and her father owned Ford’s Tire and Automotive. Both her parents are now enjoying retirement. Phillip, her brother, serves as the manager of policy and advocacy at Eat Smart, Move More South Carolina.

Growing up, Ford loved entertaining, whether it was for her family on the hearth or acting with the Orangeburg Part-Time Players.

She was a little entrepreneur as well.

“My parents got me business cards for my babysitting business when I was about 12,” she said. "It was a smashing success, ha ha! I am an advocate at heart, and my parents are the ones who nurtured that in me.”

She graduated from Orangeburg Preparatory Schools in 2000.

She entered Columbia College and graduated with a bachelor of arts degree in history and political science in 2004. While there, she was class president.

Upon graduation, Ford joined Teach for America, a nonprofit organization whose stated mission is to grow and strengthen the movement for educational equity and excellence.

As part of the program, Ford taught earth science to eight graders at a severely disadvantaged school in inner city Charlotte.

“I had students who were homeless, who had no electricity in their homes,” Ford said. “It was an experience that shaped who I am, despite it being one of the most difficult experiences of my life. I think it's those tough experiences that really do the most shaping to who we are.”

Ford went to Charleston School of Law in 2007, where she received her juris doctor.

While at law school, Ford was a member of Moot Court Board and president of Women in Law.

After graduating from law school in December of 2007, she worked as a public defender in Orangeburg for two years.

“It was tough work but an incredible learning experience,” she said.

The best advice she has received was when her father gave her a framed copy of Theodore Roosevelt’s “Man in the Arena” speech when she moved into her first office.

“The lesson of that speech has always stuck with me: Don’t worry about what other people will think,” she said. “Jump in. Do the hard things. Face your fears. Fail. Pick yourself up. Jump back in the arena. Keep daring greatly.”

Today, Ford gives a copy of the speech to young lawyers she has worked with after they take on their first case.

“Whether they win or get a less than desired result, they’re in the arena,” she said. “And that’s what counts.”

In January 2012, Ford became an adjunct professor at South Carolina State University, where she taught for about 3-1/2 years before eventually joining SCVAN.

It is in her current role that Ford has seen just how challenging things can be for victims of crime.

“Victims have constitutional rights, yet they’re often ignored,” she said. “They have a right to be heard and included in the system. Victims and citizens deserve a seat at the table where laws and reforms are taking place that directly affect them.”

She notes that victims of crime "are forgotten people" in the criminal justice system. SCVAN is working to change that.

“Survivors have been victimized in some way, but the system focuses almost exclusively on the perpetrator,” Ford said.

The most enjoyable part of her job is helping others in their most trying of circumstances.

“We're able to help these survivors understand a system that was not created with them in mind and help them navigate a system that is difficult and confusing,” she said. “When we're able to support a victim and obtain a permanent restraining order or represent them during the criminal process and help them stand up for themselves, it's truly remarkable.”

“I love being able to help victims become survivors through taking their power back and using their voice and enforcing their constitutional rights,” she continued.

Ford admitted the system is not perfect.

“Often, victims’ rights are disregarded and overlooked,” she said. “And that is frustrating and disappointing. I see the way that victims are treated -- with a lawyer -- and it blows my mind.”

She says the issue is frustrating because she knows there are hundreds of individuals out there who are victims who don’t know they have rights, don't know they can have an attorney, and don't know that there are things they can do to ensure they are involved and heard and supported.

“It also gives me passion to keep working and keep pushing and keep making waves for all of those people who we aren't able to assist yet,” she said.

One particular case stands out.

“I had a case where a young child was the victim of a sexual assault and the perpetrator moved into the house next door,” she said. “The child wasn't able to play outside at her own house, and her parents were understandably distraught over the horrific situation.”

“We were able to obtain a permanent restraining order for that child and family and get conditions placed on the perpetrator that would remove him from the home next door and make that family's home safe again,” she said. “It was a tough situation, but we were able to represent that family and give them some peace of mind in their own home. And that was a blessing.”

A life of lessons learned

She says her own hardships in life have led her to her life’s work, which she considers a ministry.

“Those experiences that you think will break you lead you to where you can do the most good for others,” Ford said. “It’s the things you think are 'wrong' with you that are the very things that connect you and inspire others.”

“Perfection is not attainable. But excellence is,” she said. “Our 'messiness' does not disqualify us from making a difference. It’s what qualifies us.”

Recently, Ford’s character and work were recognized by The State newspaper in Columbia as part of the paper’s Top 20 Under 40 series.

“When I was notified that I was selected, I know the poor man must have been worried that they made a bad selection because I kept asking who and what and me?,” Ford said. “I thought they were calling about a case I was involved in and not something for me. The other honorees are incredible people and I am honored to be included.”

Ford’s service has been evident.

In addition to the Teacher for America program, Ford has been involved with the South Carolina Women Lawyers Association; the South Carolina Bar House of Delegates; past president of Junior Service League of Orangeburg; Catch the Vision International -- Haiti mission team; Columbia College Alumnae Association; volunteer with The Cinderella Project; Orangeburg-Calhoun Free Medical Clinic; Toys for Tots; Showcase Orangeburg; and former board member of the Elloree Heritage Museum.

Ford says she loves where she lives, citing the friendly people, lakes and outdoor activities, festivals, shopping and restaurants.

“I’m proud to call Orangeburg and the Midlands my home,” she said.

She is a member of Holy Trinity Catholic Church in Orangeburg and enjoys writing, boating, traveling and champagne.

Showcase Orangeburg 2018 to be held Thursday

The theme of Showcase Orangeburg 2018 is “Love Matters,” and the event will feature some of Orangeburg’s finest performing songs about love an…

The Junior Service League of Orangeburg is continuing its annual holiday market, which raises money for efforts like scholarships for local students.

G7 price cap on Russian oil kicks in, Russia will only sell at market price 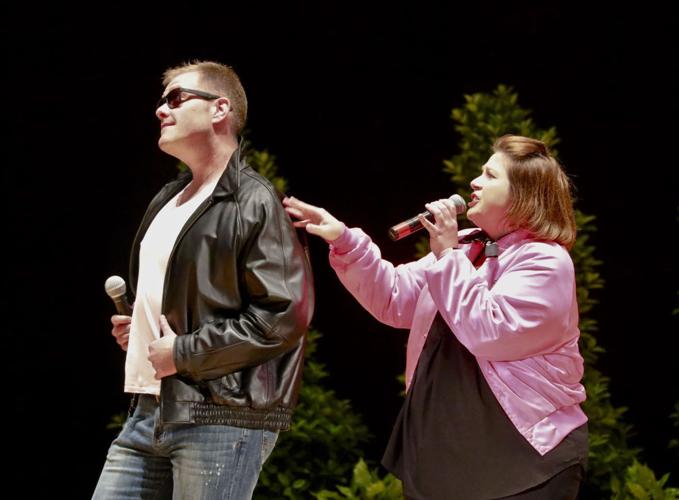 Sarah Ford, right, performs a medley from the movie "Grease" with Ben Davis during the 2018 Showcase Orangeburg, at Stevenson Auditorium. 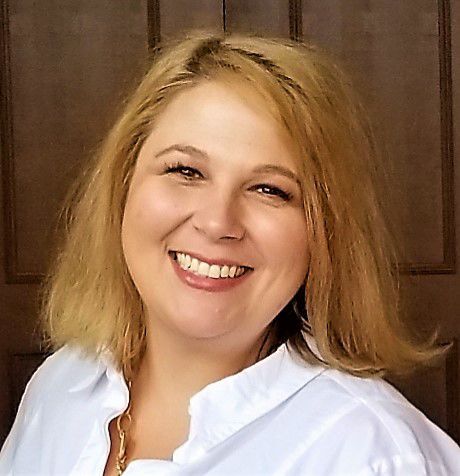