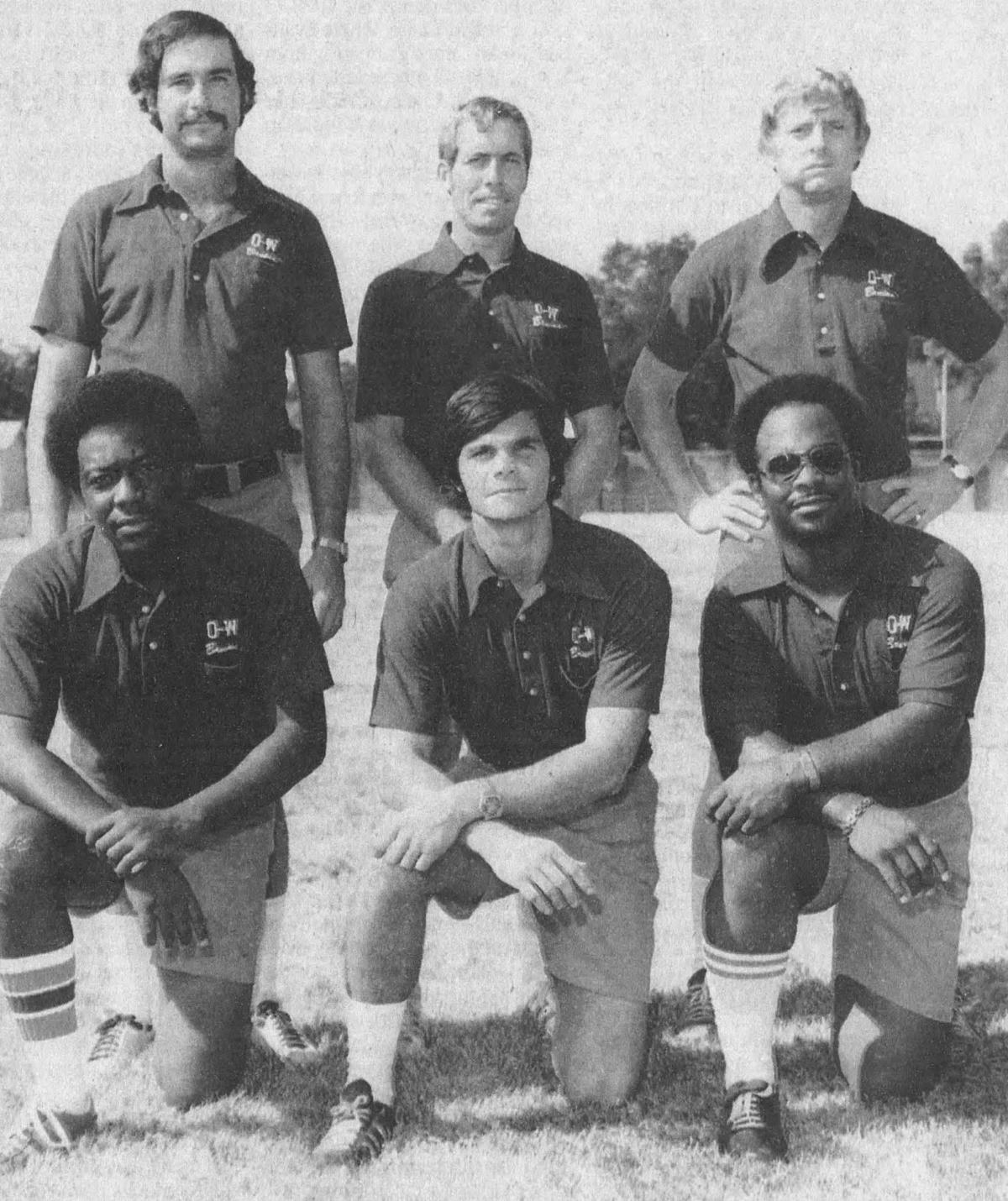 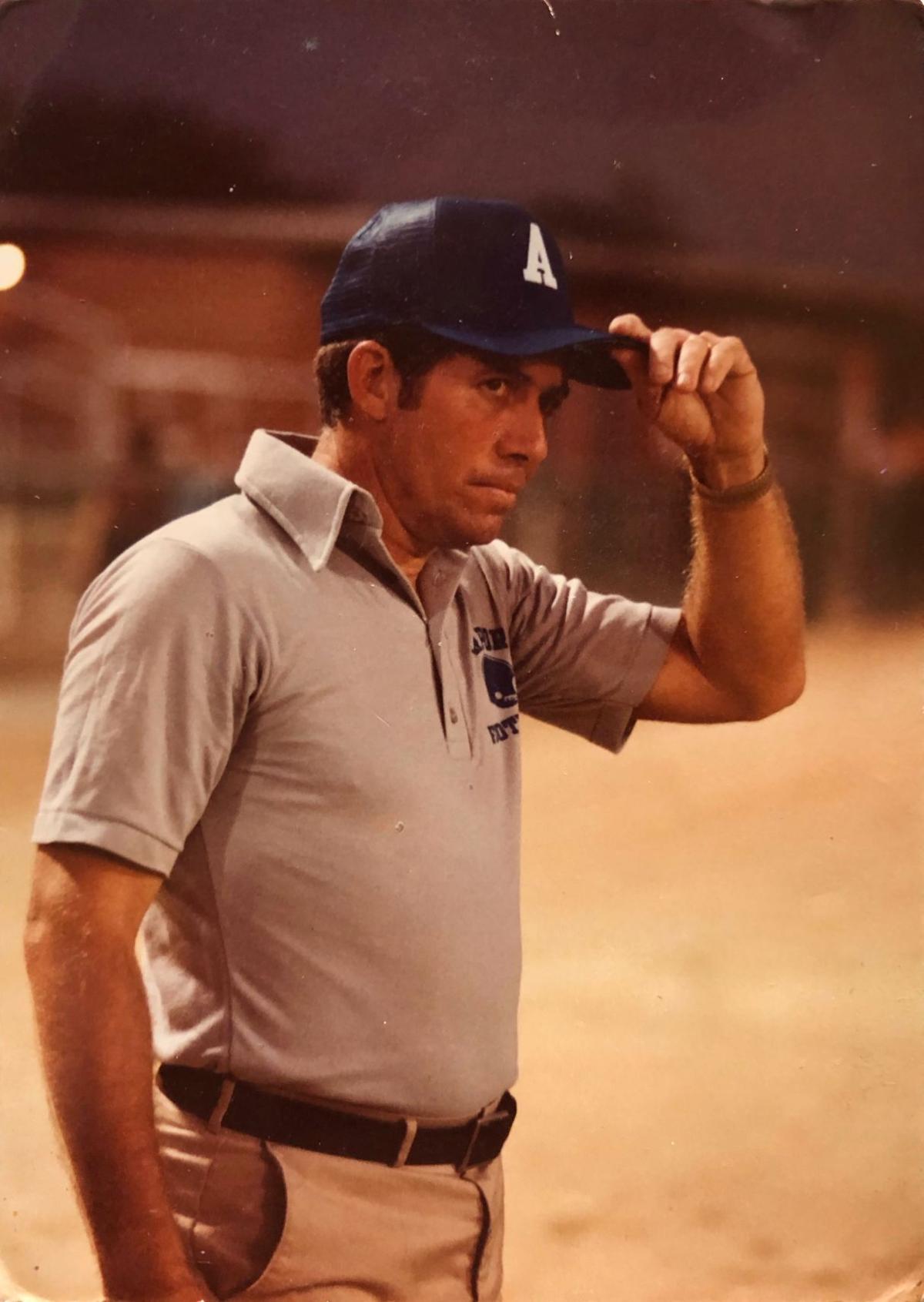 Longtime South Carolina high school football coach Les Evans died on July 1. Evans spent one year coaching at Orangeburg-Wilkinson before moving to Airport High in Columbia for 25 years -- but that year in Orangeburg remains memorable. Following is a story about Evans written in 2004 when he was being inducted into the the S.C. Athletic Coaches Association's Hall of Fame. The writer is Thomas Grant Jr., who reported on The T&D Region sports scene for two decades as a Times and Democrat staffer. In 2014, he became sports editor of The Lexington County Chronicle and The Dispatch-News in Lexington.

It's been 29 years since the longtime Airport High School head football coach completed his lone season heading the sidelines at Orangeburg-Wilkinson. During that same memorable fall of 1975 in Orangeburg, which also saw Willie Jeffries guide a South Carolina State team which allowed just 45 points en route to posting an 8-2-1 record, Evans led the Bruins to a 10-2 record, their second-ever region title and a number-three ranking in the state.

"It was a good year," Evans remembered.

Evans left O-W a year later to take over the Eagles' program and set nest in West Columbia for the next 25 seasons before retiring from coaching in 2000. Nevertheless, his brief tenure with the Bruins remains a big highlight in a career which will be immortalized when he and six other Palmetto State coaching careers are enshrined into the S.C. Athletic Coaches Association's Hall of Fame during an awards banquet at the Palmetto Expo Center.

"To me, in my coaching career, it was one of the most enjoyable years I've had," said Evans, who will be inducted along with former Blackville-Hilda girls' basketball head coach Farrell Zissette. "One of the high points of my career."

Even today, the former University of South Carolina pitcher is still viewed in high regard by for those players and coaches who worked under him that season and they remain impressed with how he was able to produce immediate results during his brief tenure.

"He was a very big motivator to say the least," said former O-W fullback Alonzo Middleton, who earned Class 4-A Player of the Year honors and was one of four Bruins named Prep All-Americans in 1975. "In one year, what he did at O-W was miraculous."

"Les was a heck of a coach," said former O-W Athletics Director John Brunson, who was Evans' defensive backs' coach. "He was a good organizer. He knew a lot about football. He always had control of his players. He had total control, really. He never let things upset him. I've been with a lot of different coaches, but I really enjoyed working with Les. He was just a super coach to work for."

While football would become his calling card to greatness, it was boys' basketball where Evans earned a Class 4-A state championship. It was during the 1972-73 season at Eau Claire, where Evans had worked since graduating from USC in 1966, that he led the Shamrocks to their first state title since 1960 with a win over Middleton High School.

After five seasons as boys' basketball coach, Evans soon found himself gravitating towards the gridiron. He took over the Shamrocks' football program in 1974 and immediately guided them to a 9-2 record. Soon, interest from another school which sported orange colors began calling and Evans eventually found himself headed to Orangeburg as the new Bruins' head football coach.

By accepting the position, Evans found himself with the unenviable position of being compared with his longtime friend and former Bruins' head coach Dick Sheridan. He was also taking over a program which had posted two losing seasons and gone 14-14 in the three seasons following the team's state championship in 1971.

What Evans found was a Bruins' team with more talent than their record indicated, and one willing to work hard and perform for the new head coach. Following a strong showing in a preseason scrimmage against Berkeley, Evans realized that he had a potentially good team on his hands.

The Bruins' offense was keyed by a physically-imposing fullback in Middleton who was the perfect fit in Evans' I-formation offense, rushing for 1,394 yards on 271 carries and 14 touchdowns.

"He was a good guy and a great player," said Evans about Middleton. "Alonzo could answer any challenge."

Both Montgomery, whose strong leg earned him a spot in the Shrine Bowl as a place-kicker, and Reed, went on to stellar college careers at South Carolina State and Presbyterian College, respectively. Reed also shored up the O-W defense at linebacker, along with Prep All-American Harry Clay Darby and Thad Jordan on the defensive line with Graves and Michael Journey at defensive back.

Making up Evans' staff were Brunson (defensive back), Stan Godfrey (offensive line), David Bundrick (linebacker/defensive coordinator), Bryan Burns (wide receivers) and Athaniel Badger (varsity special teams/junior varsity coach). Despite he and Bundrick being the newcomers in the group, Evans said he was very much "at ease" in the Orangeburg community and was able to pass down the same comfort level to his staff and players.

"We (the coaching staff) especially used to get upset about a lot of things at times, but Les was very calm," Brunson remembered. "(He was) a man who when you needed to, he could be as stern as any coach I've been around. But he wasn't one of those coaches who did a lot of yelling and screaming. He just coached. He coached his coaches and did what he needed was necessary.

With Evans at the helm, a different Bruins' squad came out to play for the 1975 season. Following non-region wins over Keenan, Eau Claire and Dreher, O-W quickly seized control of Region 4-AAAA by beating Brookland-Cayce, Airport, Irmo, North Augusta and Aiken. The Bruins would add a win over Mullins to enter their regular-season finale against Columbia with a 9-0 overall record and 5-0 region mark.

"We weren't expected to do anything," Middleton said. "We just went through the whole schedule and surprised a lot of people."

"We didn't have a whole lot of injuries that year," Brunson said. "We had some key performances and stayed healthy."

Another undefeated regular-season would not be in the cards for the Bruins, who were upended by the Capitals 17-14. A refocused O-W team rebounded a week later by defeating Dorman in the opening round, only to lose at Greenwood 10-7 in the second round as Montgomery's late field goal attempt was ruled to have gone slightly left.

"If we had played Greenwood at the old fairgrounds, we probably would have won the game." Evans said. "They got the home game and we didn't and that's an intimidating place to play," Middleton remembered.

Greenwood would lose a week later to a Reed Charpia-coached Irmo team, who then fell in the state final to defending two-time champion Spring Valley.

Evans would not stay around to lead the Bruins to another playoff run. Although Evans would have loved to have stayed at O-W a "long time," the opportunity to move back to familiar surroundings in Columbia and the place where he and his wife Janet settled right after their marriage was too good to turn down. He accepted the Airport head football coach in 1976 and went 13-12 against the Bruins during his tenure, including four straight wins between 1997-2000.

Man gets 7 years in prison for shootings

A 29-year-old Bowman man, accused of shooting at people in an Orangeburg club and a Bowman residence on Jan. 5, 2019, admitted his guilt in a …