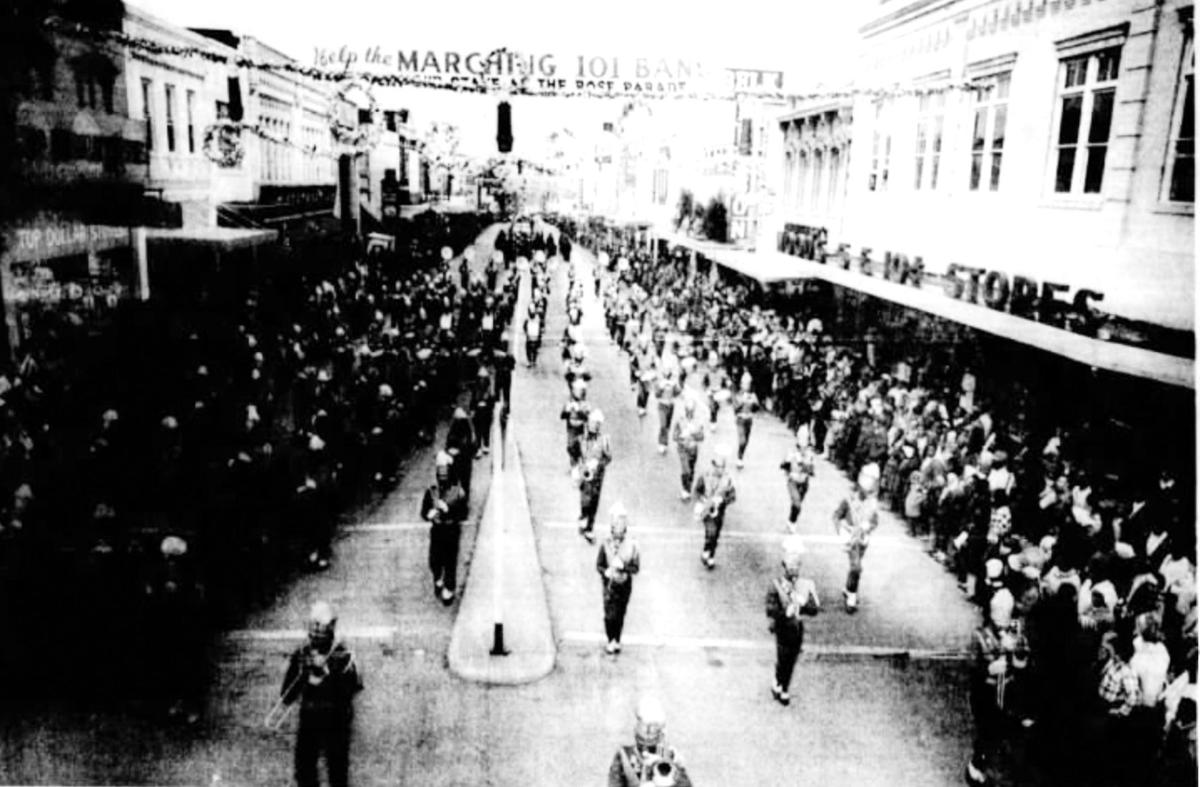 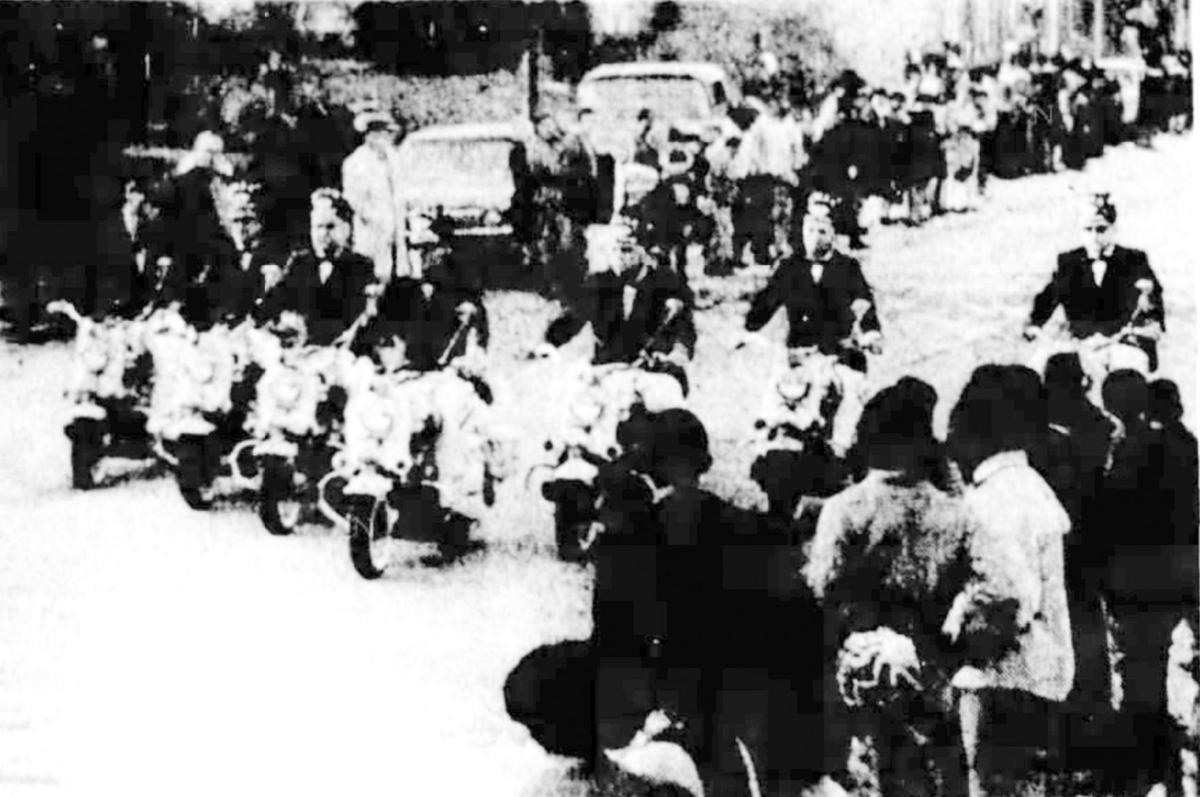 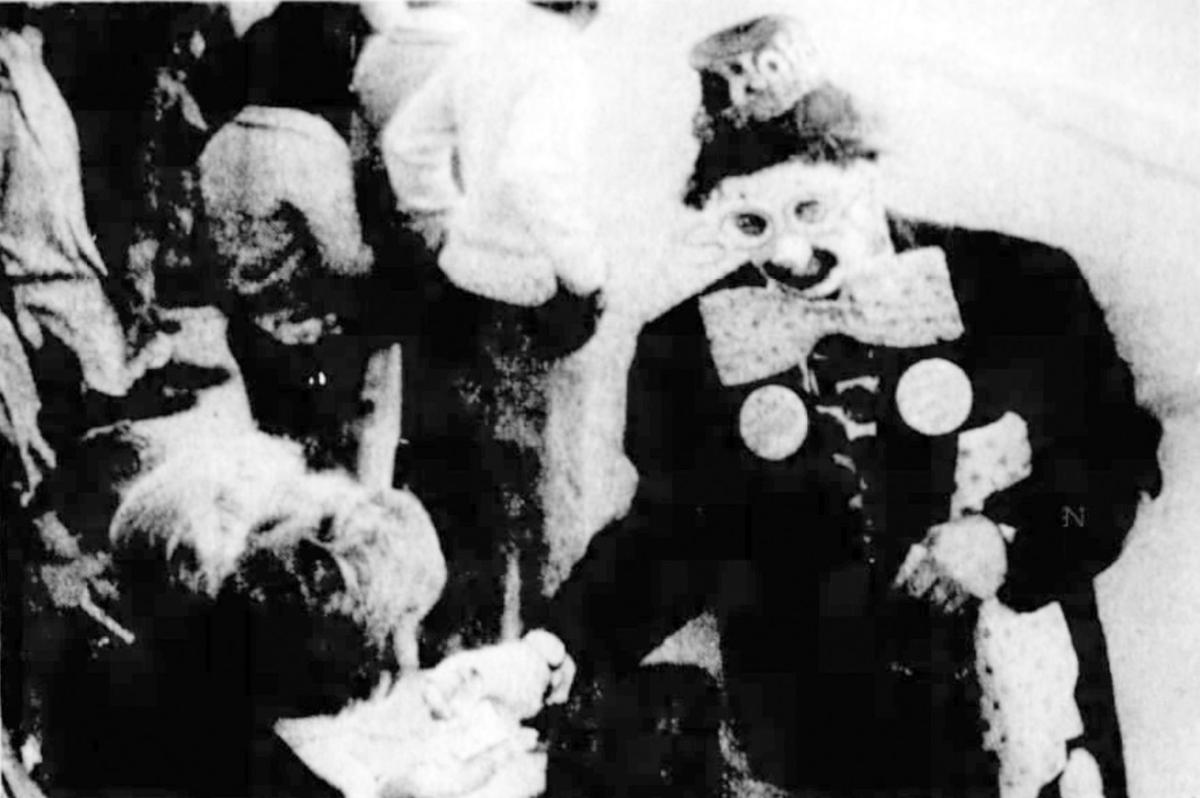 "Hoho" hands out free tickets during a Bowman parade -- which were good for nothing, but free nevertheless. 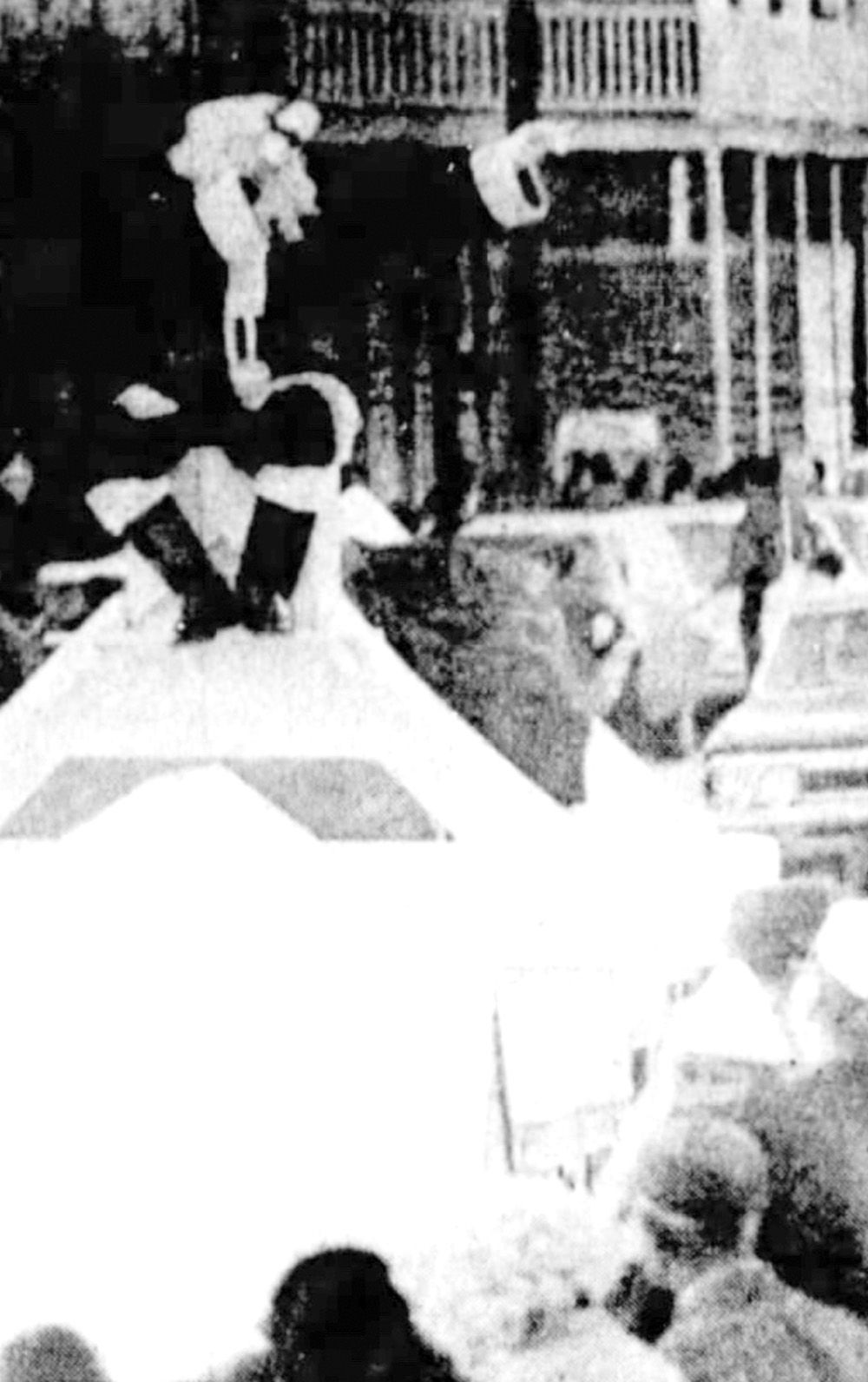 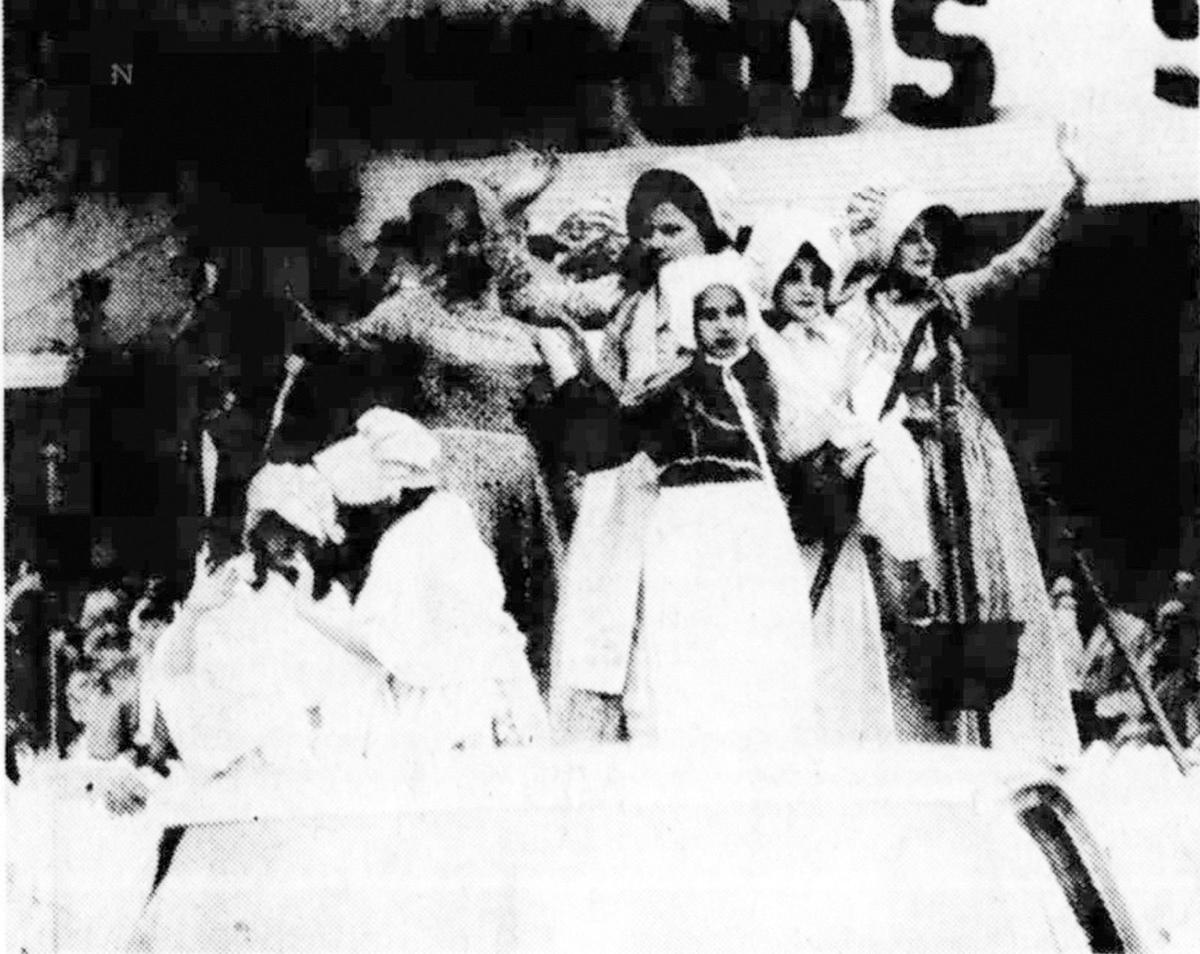 A Girl Scout troop portrays the first settlers of Orangeburg as they dress up in poke bonnets and calico gowns. 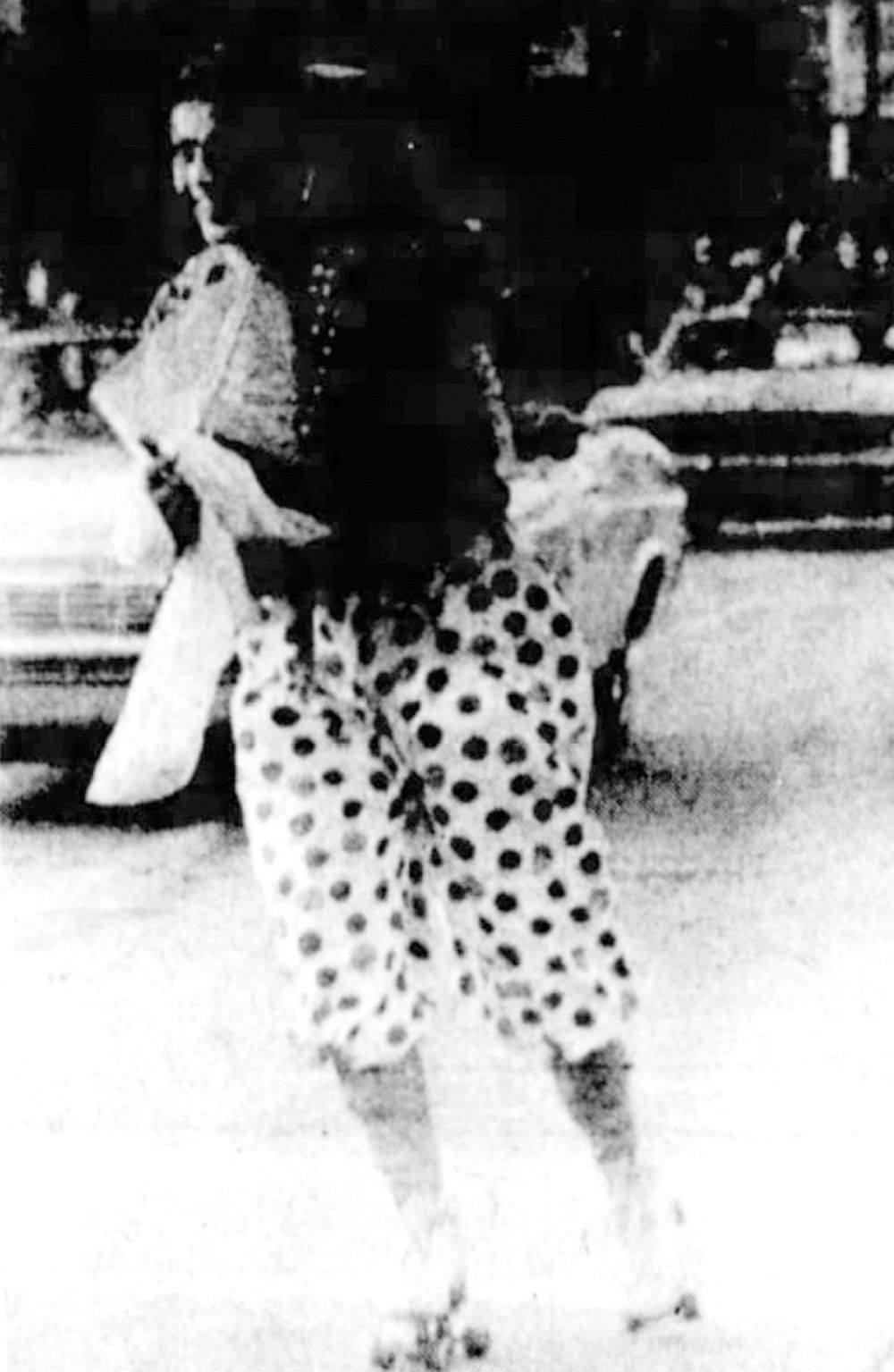 "Hoho" hands out free tickets during a Bowman parade -- which were good for nothing, but free nevertheless.

A Girl Scout troop portrays the first settlers of Orangeburg as they dress up in poke bonnets and calico gowns.

The following article will describe the atmosphere of the Christmas parades in Orangeburg County 50 years ago in 1969. At that time, Orangeburg and our great nation was experiencing a movement of the push for civil rights, social changes, educational changes and a resistance to the Vietnam War. By way of those events and 50 years later, this life we live in 2019 are the direct results.

A real love for Norway and tractors

Despite all of those occasions, the season of Christmas parades was a time when the people could cross each other’s paths and enjoy a common event that would connect the inhabitants of Orangeburg County all on one accord.

The first parade that kicked off the season was in Orangeburg. With that, came an avalanche of Christmas sales that the merchants offered to all of their customers. Every sector of business that was available in Orangeburg greeted the customers with wide arms waiting to add more to their bottom line.

“Chief of Police Roger Poston, who coordinated the final parade of his career as police chief of Orangeburg (he’ll be leaving for a new position the beginning of December) said he believed 15,000 to a conservative estimate.

“People started finding places on the street more than an hour before parade time. They came with baby strollers, cushions and folding chairs. Little ones snugged down on the curbs and defied anyone to move them.

“At last, “There they are!” and the motorcycle policemen cleared the way for the color guard, stepping smartly, flags snapping.

“Cars bearing city and county dignitaries went by, people waving, identifying the occupants. The first of the bands, with a marching unit, was Carlisle Military Academy from Bamberg ... and a smart, snappy crew they were. They looked good ... and they sounded good.

"Smoky the Bear waggled his hand from his float, the Claflin College Band swept by with some toe-tappin’ drum work, Miss Orangeburg Farm Bureau on her float, then the G.W. Carver High Band strutted by, looking terrific.

"A handsome float, 'Peace on Earth,' sponsored by Phillips Shoes, held a cluster of cute little Girl Scouts. In fact, the Scouts gave a good accounting of themselves in the parade, with various troops of Scouts, Brownies, Cubs and others participating.

"The Branchville Christian Church had a delightful float of white and green with an organist and small choristers inside a choir loft.

"Two beautiful ... but beautiful! Arabian horses with riders full Arabian regalia followed and then what the kids were waiting for ... Santa ... with members of the Saddle Club in there, some 20 or more of them, on their pretty horses.

"The highlight of the day was easily the appearance of South Carolina State College’s Band, the Marching 101, who were so spectacular they moved the crowd to cheers and applause. Everywhere you heard, “Aren’t they wonderful!” and Orangeburgers seemed mighty proud to know they will be representing the city and state at the Rose Bowl, New Year’s Day.

"This was one of the most successful Christmas parades Orangeburg has had in some years.”

50 years ago in 1969, the population of the city of Orangeburg was just a little over 13,000 people. With an estimated 15,000 people viewing the Christmas Parade downtown, all of the businesses and merchants surely received a financial windfall to begin the Christmas season.

Also, from the looks of the pictures, the people witnessed a most enjoyable event that brought the people of Orangeburg together.

The next Christmas Parade took place in the town of Bowman. The T&D reported on Dec. 12, 1969, “Bowman Yule Parade Called ‘One of the Best’ -- Between 8,000 and 10,000 people viewed Bowman’s annual Christmas Parade Thursday afternoon and acclaimed it as “one of the best ever.”

“More than 50 units, several from neighboring towns, started up the line of march at four o’clock in the afternoon, headed by a Color Guard from the National Guard in Orangeburg.

“Chief of police M. L. Smith of Bowman said the parade went off “smoothly and with no confusion.” Everything was perfect under a bright and shining sky.

“For nearly an hour, the people waved and applauded, tapped their feet to band music and ‘oohed and aah’ed’ at the lovely floats.

“’It is my opinion,’ Chief Smith said, ‘that this was one of the nicest parades we ever had.’”

From my review of the T & D archives, it appears that there were only two Christmas parades in Orangeburg County in 1969 and they were in Bowman and Orangeburg.

With the fact that Orangeburg had an estimated 15,000 people and Bowman having between 8,000 and 10,000, I would have to say, with that many witnesses of the Christmas parades here in Orangeburg County 50 years ago, the atmosphere of Christmas must have been a most delightful and enjoyable moment in the history of our great county.

Activate full access today and try out the e-edition

What should you be driving?