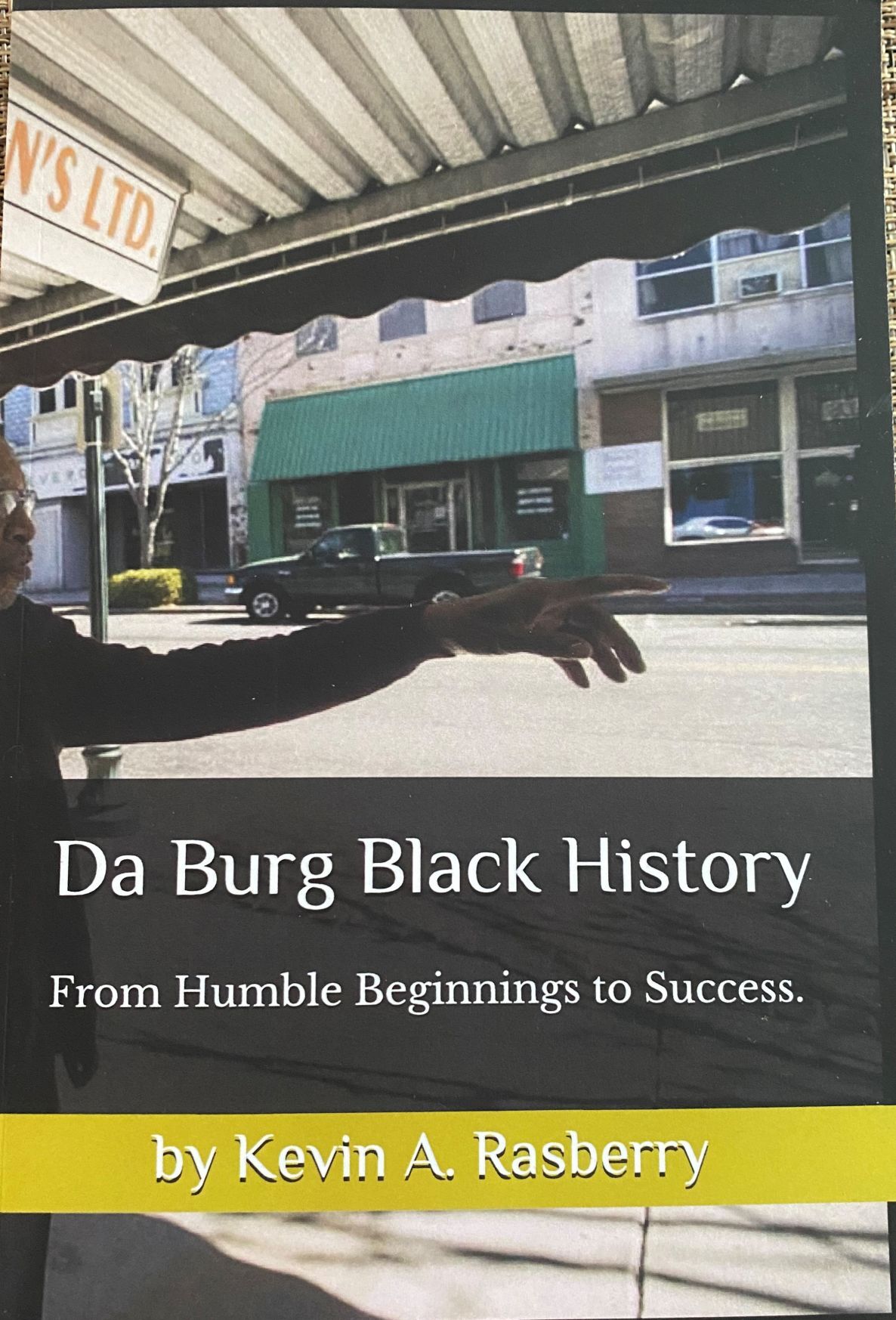 The cover of the new book by Kevin A. Rasberry. 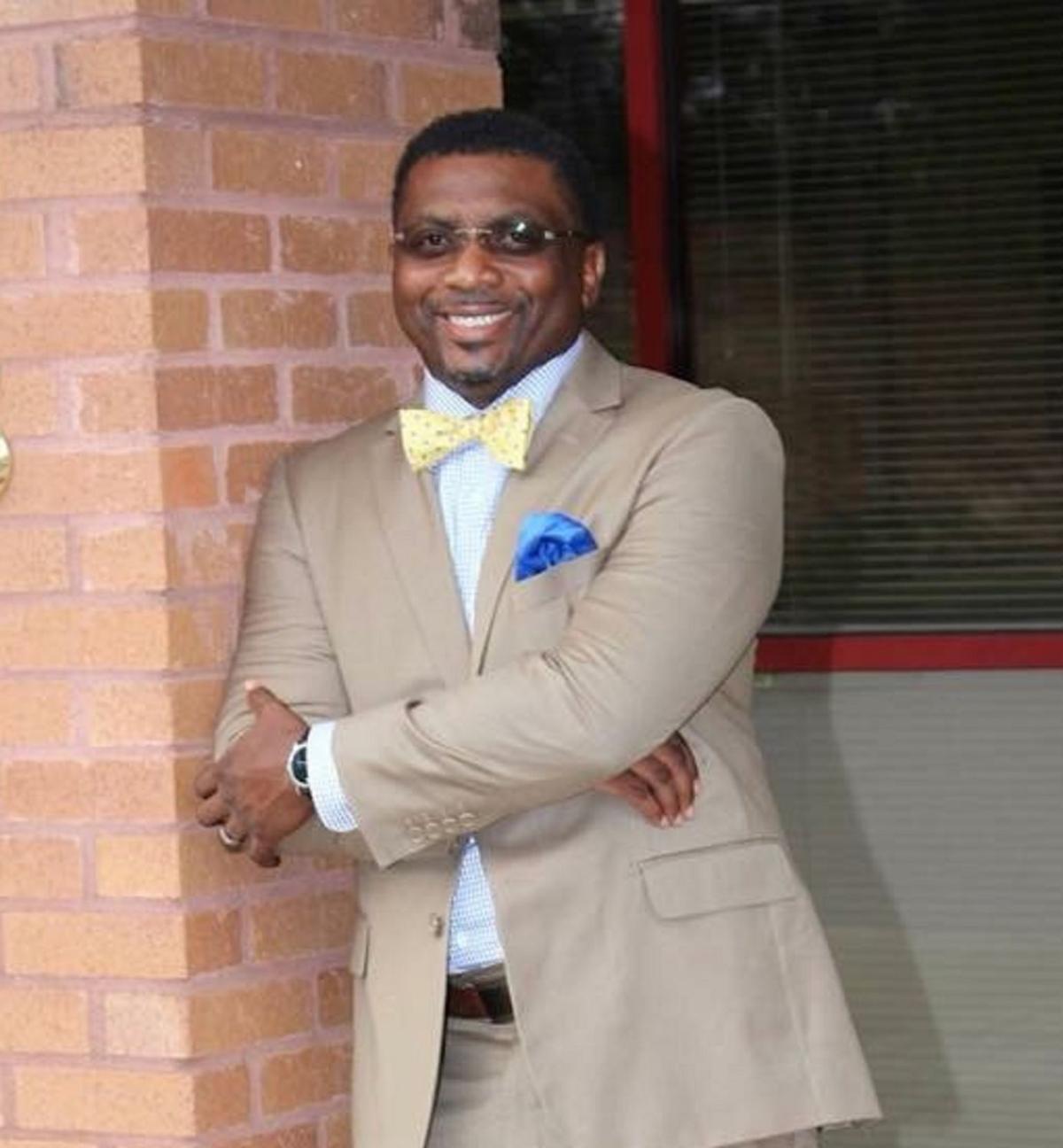 Kevin A. Rasberry is proud of where he comes from, an area that includes a smorgasbord of historic and notable people, places and things, including cookbook authors, fashion designers, trumpeters, NFL players and more.

Rasberry has compiled as much of his hometown’s history into a 291-page book titled “Da’ Burg – Orangeburg Black History: From Humble Beginnings to Success.”

“The book itself is about some of the successful Black people from Orangeburg. I was hearing a lot of negative things about Orangeburg. So I really set out to dispel that,” said Rasberry, a business education instructor at Spring Valley High School in Columbia.

Whether he’s highlighting business people such as George Dean, the lifelong Orangeburg resident who ended his 50-year journey in the retail business with the closure of his downtown store in 2019, or the late Earl Middleton, who was also a civil rights leader and state lawmaker, Rasberry has a story to tell that he wants others, especially young people, to hear and appreciate.

His self-published book involved much research, but he said the work was well worth it.

“I knew it was going to take some research, and being a school teacher, my time was going to be tight, but I just jumped into it. As I started looking at it, it just became easier and easier. I kind of put out on social media that I was looking for Black folks who had done some great things from Orangeburg. It started pouring in. So I really broke it down,” Rasberry said.

“I finally got a first draft together and shared it with one or two other people who were in the book. I had some people that I think are significant folks from Orangeburg who didn’t want to go into the book. They’re just really private right now, but they reviewed it for me. They were like, ‘Man, this is beautiful.’ So I just went ahead and rolled it out,” said Rasberry, who is working on volume two of the book.

“The volume two that I’m working on now is about the contributors who came to Orangeburg,” he said, but who were not necessarily natives of the city.

African-American Orangeburg natives who went on to have success included, but are certainly not limited to, Pete Minger, a bebop-based trumpeter who once worked with Count Basie’s orchestra; Benjamin Payton, who served as president of Benedict College as well as Tuskegee University; actor Harrison Knight; and fashion designer and entrepreneur Etu Evans.

‘The Cool Side of the Pillow’: Devotional reflects on God’s grace and mercy

The Exotics Band and the Jarvis Brothers, musical groups whose members are from Orangeburg, are also featured in the book, along with information about the Orangeburg Massacre, when South Carolina State College students Henry Smith and Samuel Hammond, along with Wilkinson High School student Delano Middleton, were killed on Feb. 8, 1968, and 28 others were injured when S.C. Highway Patrol troopers opened fire on a crowd of protesters following three nights of escalating racial tension over efforts to desegregate the All-Star Triangle Bowl.

“Orangeburg is bigger than the Orangeburg Massacre. That’s one of the things that we also need to show. We are a town of successful people. I’ve only done great things because of Orangeburg,” Rasberry said.

Rasberry also highlights the histories of Claflin and South Carolina State universities, along with Rosenwald Schools in the county. A Rosenwald School was any of the more than 5,000 schools, shops and teachers' homes in the United States that were built primarily for the education of Black children in the South in the early 20th century. Booker T. Washington of the Tuskegee Institute and Julius Rosenwald, a philanthropist and president of Sears Roebuck, built the schools for Black children across the South.

The Bowman and Holly Hill Rosenwald Schools, along with the Great Branch School and Teacherage on Highway 4 in Orangeburg, one of the first Rosenwald schools in the state, are included in Rasberry’s book.

“People didn’t know about the significance of a lot of these places. I really wanted to touch on really huge, significant places, but also some places that people really didn’t know a whole lot about as well,” the author said.

Individuals can find out more about the book at https://www.amazon.com/s?k=kevin+rasberry&amp;i=stripbooks&amp;ref=nb_sb_noss.

'You can always make it': Retired educator pens book on legacy of overcoming tolls of sharecropping

Queen Berry Brailey looks back on her poor childhood growing up as a sharecropper’s daughter with pride, putting the lessons of tenacity and p…

Thousands demonstrate in Madrid to call out violence against women

Thousands demonstrate in Madrid to call out violence against women

The cover of the new book by Kevin A. Rasberry.