ORANGEBURG COUNTY 50 YEARS AGO: Weather was quite a ride
0 comments
Share this
Return to homepage × 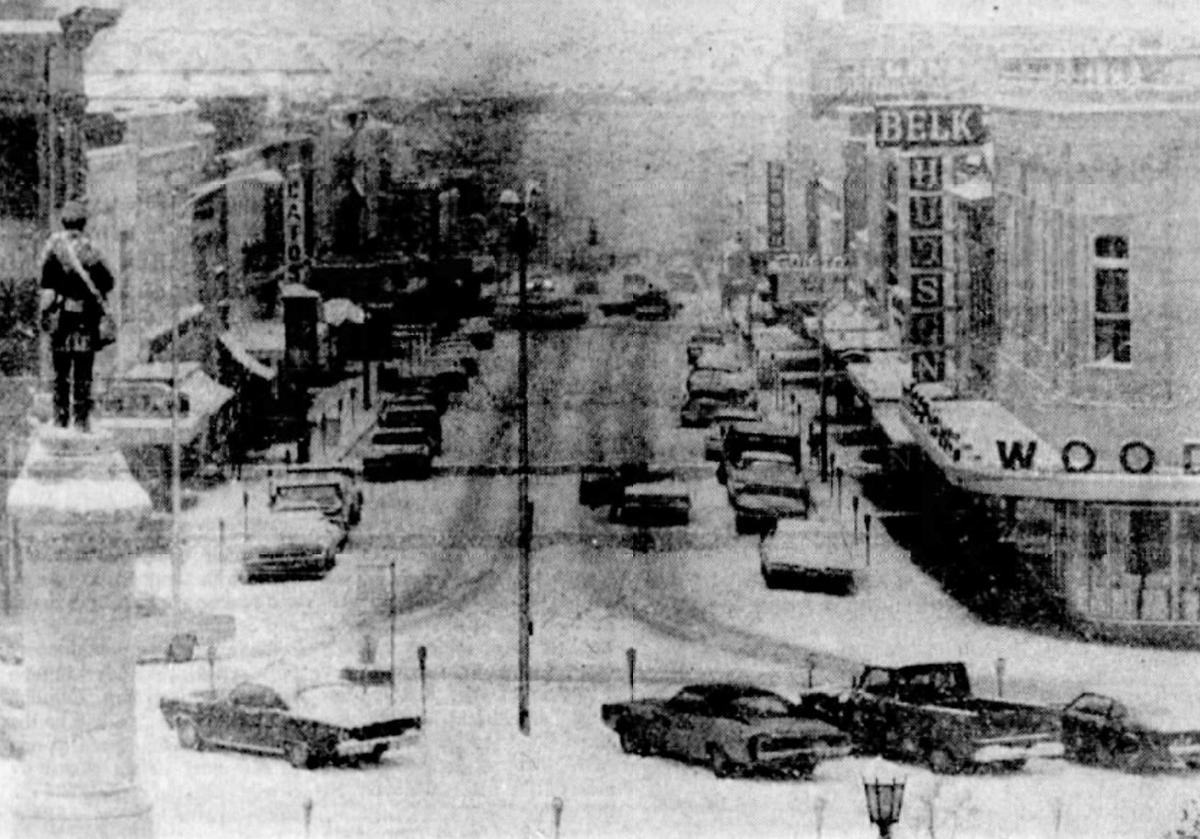 Snow blankets Russell Street in downtown Orangeburg in January of 1970. 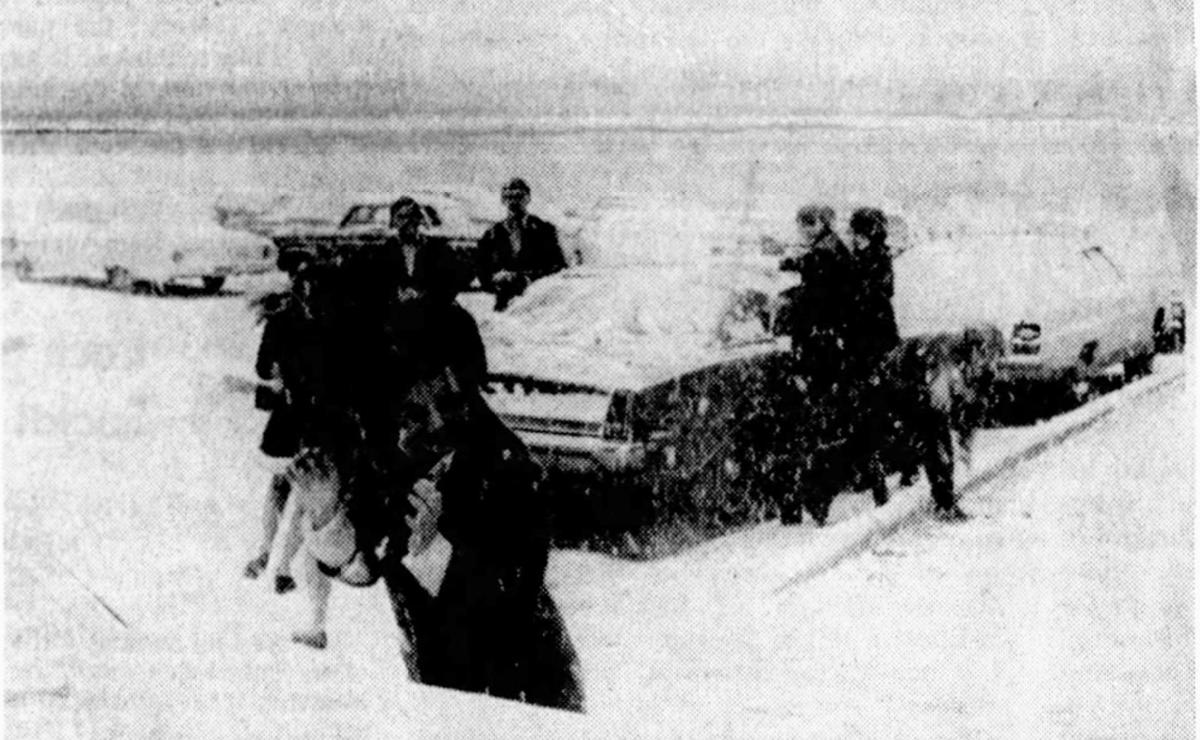 Who needs school when there's a snowball fight available? 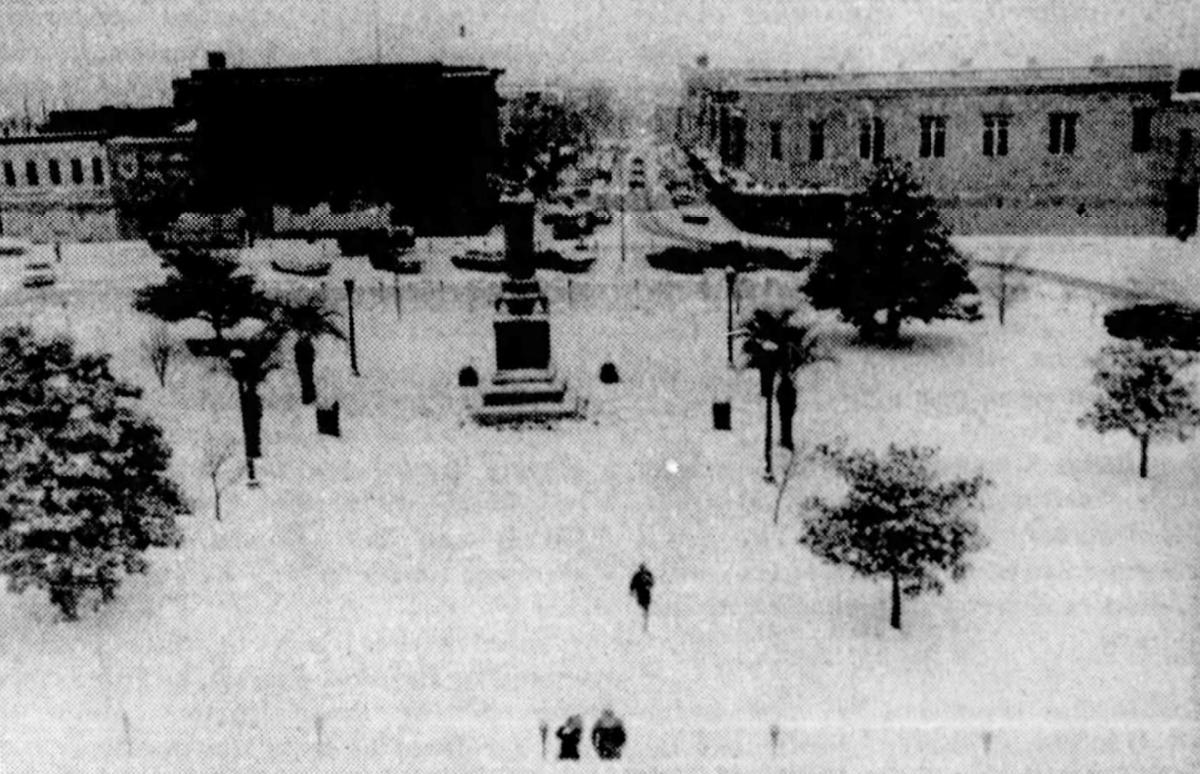 Memorial Plaza, as seen from the roof of Kress 5 & 10, looked like a painted postcard. 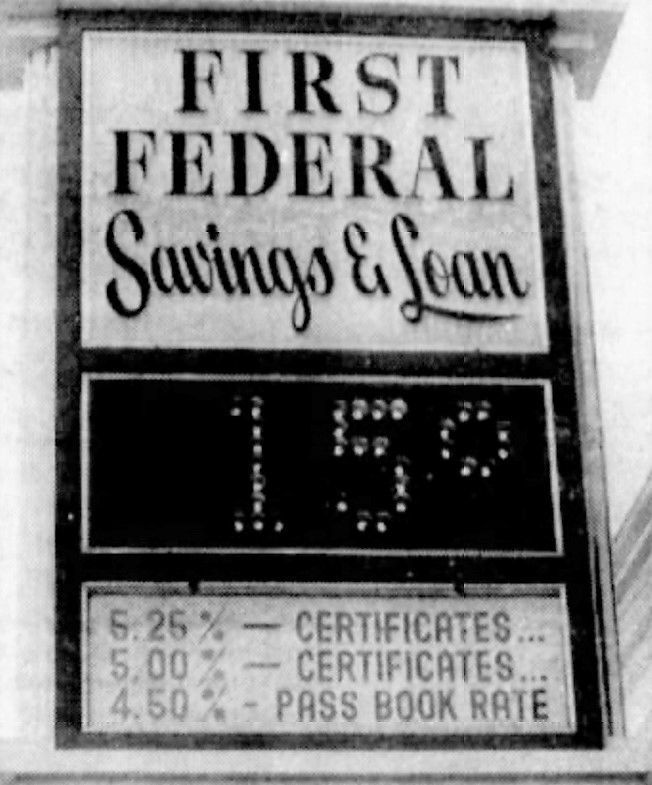 Fifty years ago, as the citizens of Orangeburg witnessed the birth of the new decade, the weather in January gave the citizens of the county a roller coaster ride that would long be remembered.

Parades of Christmas past: 50 years ago in Orangeburg County

“The weather for South Carolina: Mostly cloudy and cool Thursday through Friday with a chance of occasional rain possibly mixed with sleet or snow extreme northwest Thursday night.”

On Jan. 6, The T&D reported: “A cold, rainy day may be in the making for Garden City residents as the DPU weatherman calls for a low in the mid 30’s and a high in the low 40’s. Chance of precipitation 80%.

Then on Jan. 9, 1970, The T&D reported: “Cold, Cold, Cold! -- by John Faust -- The intense cold wave that swept over Orangeburg early Thursday morning produced complications that many an Orangeburger hadn’t foreseen, considering the normal state of the temperatures experienced in this area of the country.

“The reported 12 degree temperature left many area citizens pounding his automobile steering wheel in frustration after hearing the starter whine down to a guttural belch as the cold-sapped battery gave up the ghost.

“Small ponds around the city had a covering of skim ice and any open puddle of water was frozen solid hard enough to resist even the heavy pressure of vehicles running over the surface of the ice.

“The forecaster predicted a low of 8 to 12 degrees for Thursday night and as this article was written late Thursday afternoon, the lowering temperatures indicated he would pretty well hit the figure on the head.”

With the fluctuation of the weather, The T&D reported on Jan. 23: “Weather: 20 percent probability of rain mixed with snow today, increasing to 30 per cent tonight. High between 38-42 after this morning’s low of 12-18.”

As old Mother Nature took its course of action and as it always does, it decided to bring an unusual event to the citizens of our state and county in the form of snow.

The bold lettering on the front page of The T&D on Jan. 24 reported: “Children’s’ Dream; Adults’ Nightmare -- Snow brings Happiness and Hazard -- by John Faust -- Orangeburgers either took to foot or their homes Friday morning as a total unexpected snow storm blanketed the Orangeburg County area with at least two and one-half inches of the real stuff children’s dreams are made of and adults nightmares become reality.

“Grins of delight soon changed to grimaces of chagrin as drivers felt rear wheels of their cars begin to spin and slide sideways blocking traffic and causing other drivers to attempt to pass or bypass via side streets that choked arteries of traffic.

“Any slight hill in Orangeburg was a bottleneck to traffic until the ‘flatlanders’ got the hang of driving on snow. Other wiser drivers dug into their storage rooms to drag out tire chains that hadn’t been used since the snow storm of 1958.

“One of the earliest casualties of the sudden snowfall was Southern Bell. Everybody just wanted to call somebody, commented James M. Leland Jr., Orangeburg Southern Bell district manager.”

After that winter wonderland scene, the weather gave way to warmer temperatures. Five days later on Jan. 29, The T&D reported: “Today is Thursday, January 29, 1970, a day when Orangeburgers can enjoy another period of sunshine and 70 degree temperatures.”

In the month of January 1970, the people of our county witnessed a wide range of weather events. This included, rain, snow fall, ice, extreme low temperatures at night and 70 degrees during the day time. Wow, what a weather ride we had!

As we look back to life in Orangeburg County 50 years ago in 1970, you will find a very different environment than what we see today.

Thunderstorms cause some damage in Calhoun, Bamberg counties

Thunderstorms crossed The T&D Region on Saturday, causing some damage, according to National Weather Service reports.

Snow blankets Russell Street in downtown Orangeburg in January of 1970.

Who needs school when there's a snowball fight available?

Memorial Plaza, as seen from the roof of Kress 5 & 10, looked like a painted postcard.