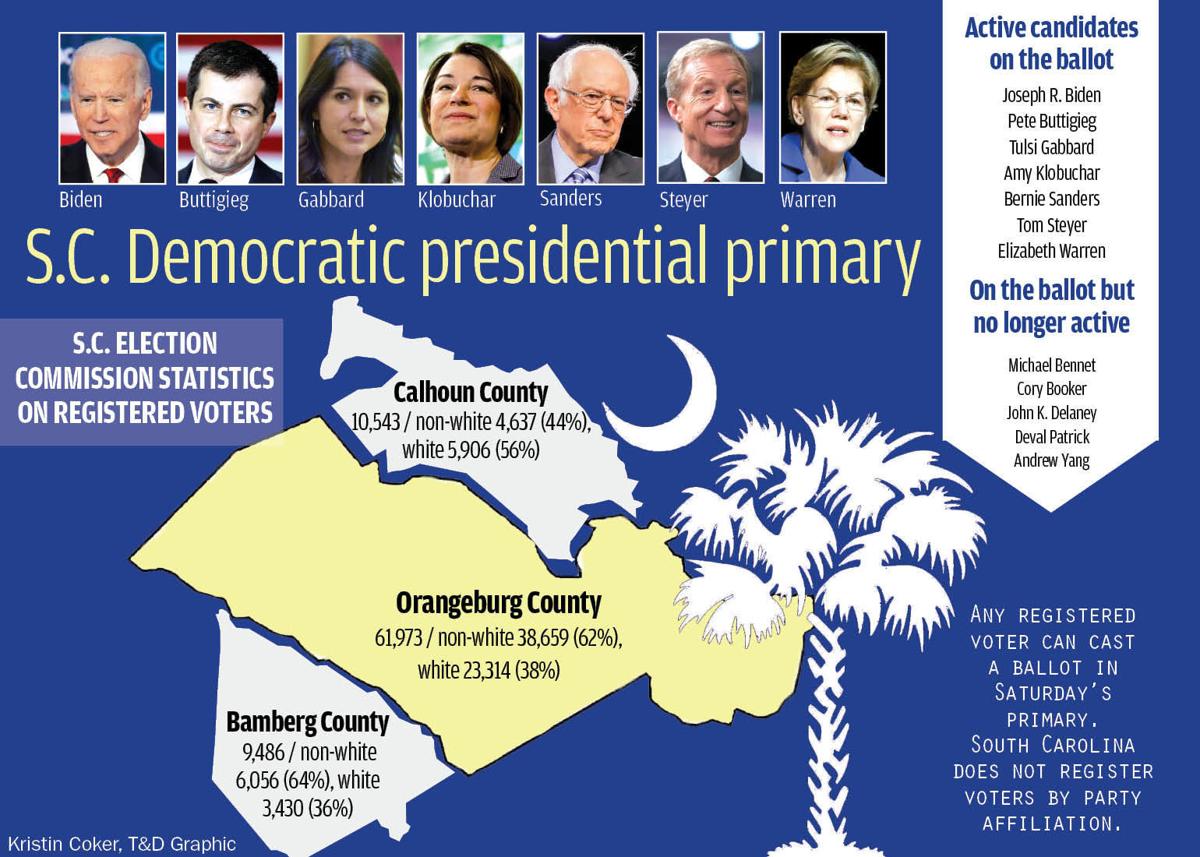 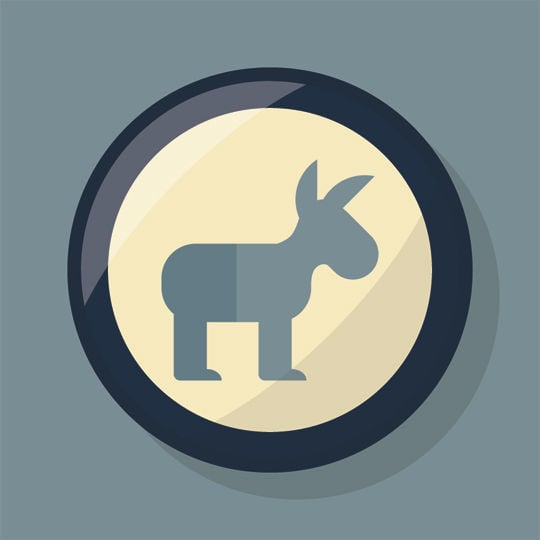 Isiah Jennings sat among a small crowd in the Orangeburg County Voter Registration office on Tuesday afternoon, waiting for his turn to cast an early ballot.

“I think Trump is a racist,” Jennings said. “I don’t think he’s good for this country.”

He believes Michael Bloomberg has the New York fighting spirit and the cash to take on the Republican president, but Bloomberg isn’t on the ballot. So Jennings is voting for Joe Biden, the former vice president.

Jennings is one of more than 2,000 people who requested early ballots in Orangeburg County by Tuesday afternoon. And more voters were filing into the office.

South Carolina’s first-in-the South primary gives it an outsized voice as Democrats choose who will represent them on the national stage.

And officials say Orangeburg’s large and motivated Democratic base gives the rural county a larger voice in the state.

South Carolina has the first primary with a significant minority population, making it more reflective of the nation as a whole, he said. That allows it to play the role of the “great predictor” of where a primary election is headed.

South Carolina has 3.3 million registered voters. About 30% are nonwhite, according to S.C. Election Commission numbers.

Orangeburg Rep. Gilda Cobb-Hunter, a member of the Democratic National Committee, said “Orangeburg County has always been a county where people seeking office schedule a stop.

“It’s like when you ask Willie Sutton, ‘Why do you rob banks?’ Because that’s where the money is.

“Why do you come to Orangeburg County? Because that’s where the votes are.”

“Outside of Columbia, Charleston and Greenville, Orangeburg County gets its fair share of candidates because of the makeup of the county, number one, and it’s an entirely Democratic county,” she said.

Orangeburg County’s partisan local offices are all filled by Democrats. Cobb-Hunter notes the county had Republican elected officials in the past, but gerrymandering helped change that.

Orangeburg County’s voters tend to turn out in Democratic presidential primaries in higher numbers than the rest of the state.

Almost 13% of South Carolina’s voters turned out for the 2016 Democratic presidential primary.

Orangeburg County had 23% of its voters turn out. Almost 95% were nonwhite.

Fairfield and Williamsburg counties had a higher percentage of their voters turn out. But with 13,258 participating voters, Orangeburg County represented almost 4% of Democratic primary voters in 2016, even though it’s got less than 2% of the state’s population.

Glover says the party is good at getting its voters to turn out because it still does old-fashioned politics.

“We call, we knock on doors, we shake hands and we kiss babies,” he said.

“Everyone encourages everyone to go out and vote,” she said.

Glover said eligible voters are also encouraged to vote absentee before the day of the election.

Bamberg County had 34% of its voters turn out, while 29% of Calhoun County’s voters participated.

More than 35% of Orangeburg County’s voters turned out to the polls. Only three counties had a larger percentage of their voters turn out: Fairfield, Lee and Williamsburg.

In South Carolina as a whole, 23% of voters participated in the primary. Across the state, 56% of the voters were nonwhite.

Glover thinks Saturday’s primary will attract voters interested in finding a candidate to run against Trump.

He thinks voters may also be motivated by reports that some Republicans are considering participating in the primary to support Sen. Bernie Sanders.

“That’s another reason why people are working so hard to turn out the vote,” he said.

Orangeburg County Young Democrats Chair Anthony Hallmon said campaigns are focusing on getting young people to come to the polls.

A lot of candidates have made it a priority to get on the university campuses, he said.

Henderson, a Biden supporter, believes more voters are seeing him as the candidate of choice.

“I think they’re excited about him and getting more excited every day,” she said.

Matthews said, “African Americans in Orangeburg County are fairly conservative. They’re looking for a candidate who will be fair.” The voters tend to focus on fairness, dignity and respect.

He thinks they’re also concerned about health care, the shift of wealth from the working class and education, which can help change the trajectory of a working family.

“They’re looking for the best candidate who can get them out of this storm,” Matthews said. He is supporting Biden, who he says can work across party lines.

Presidential candidates have put an emphasis on visiting South Carolina ahead of the state's Democratic presidential primary on Feb. 29. Candidates have frequented the Orangeburg area with its strong Democratic presence. Revisit all of The T&D's coverage over the past year at TheTandD.com. The link is https://thetandd.com/news/local/government-and-politics/lots-of-visits-presidential-hopefuls-in-orangeburg/collection_e7ef39af-26c2-5835-a58a-846b971250f2.html

Looking back at presidential candidates visiting Orangeburg and the S.C. primary

Clyburn calls on people of S.C. to stand with Biden

The T&D Region’s state lawmakers are divided in their endorsements ahead of Saturday’s Democratic presidential primary, with some supporti…

The Black Voters Fund recently visited Williams Chapel AME Church in Orangeburg as part of their Campaign Against Fear, which encourages black…