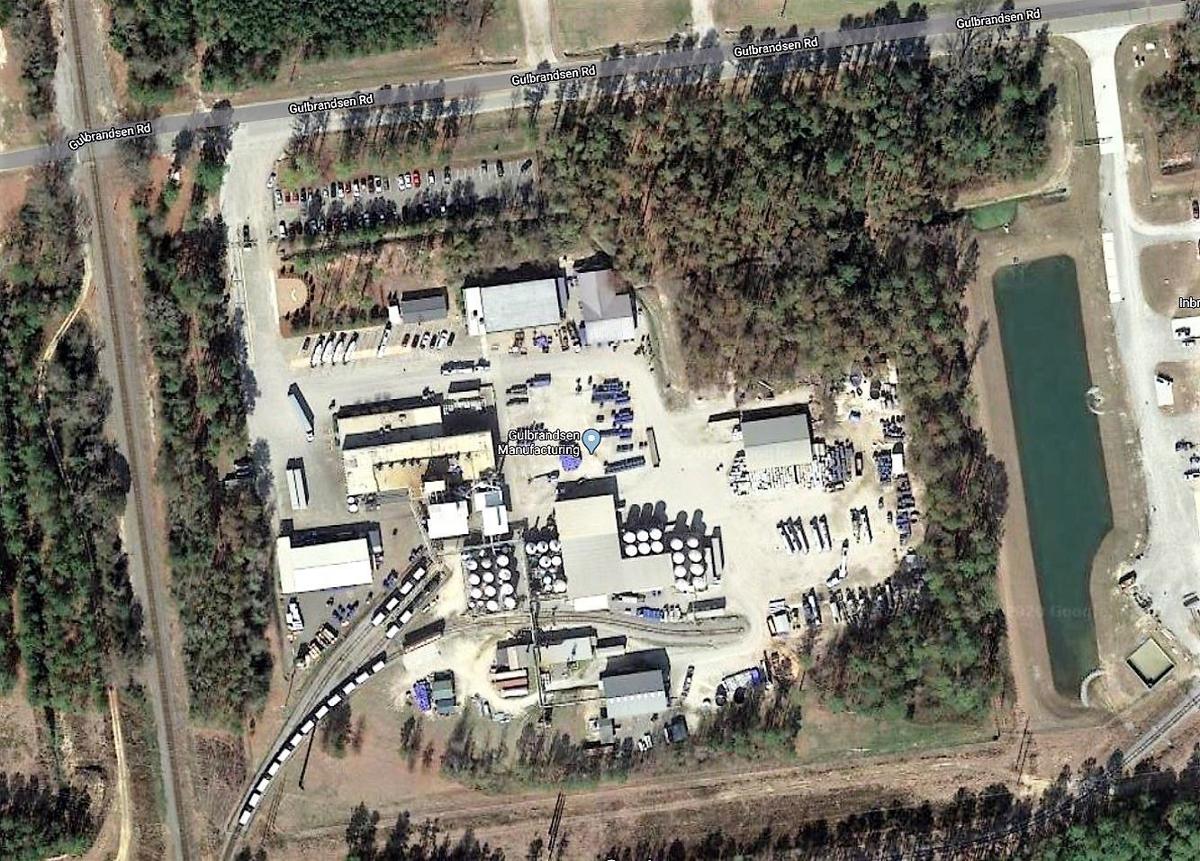 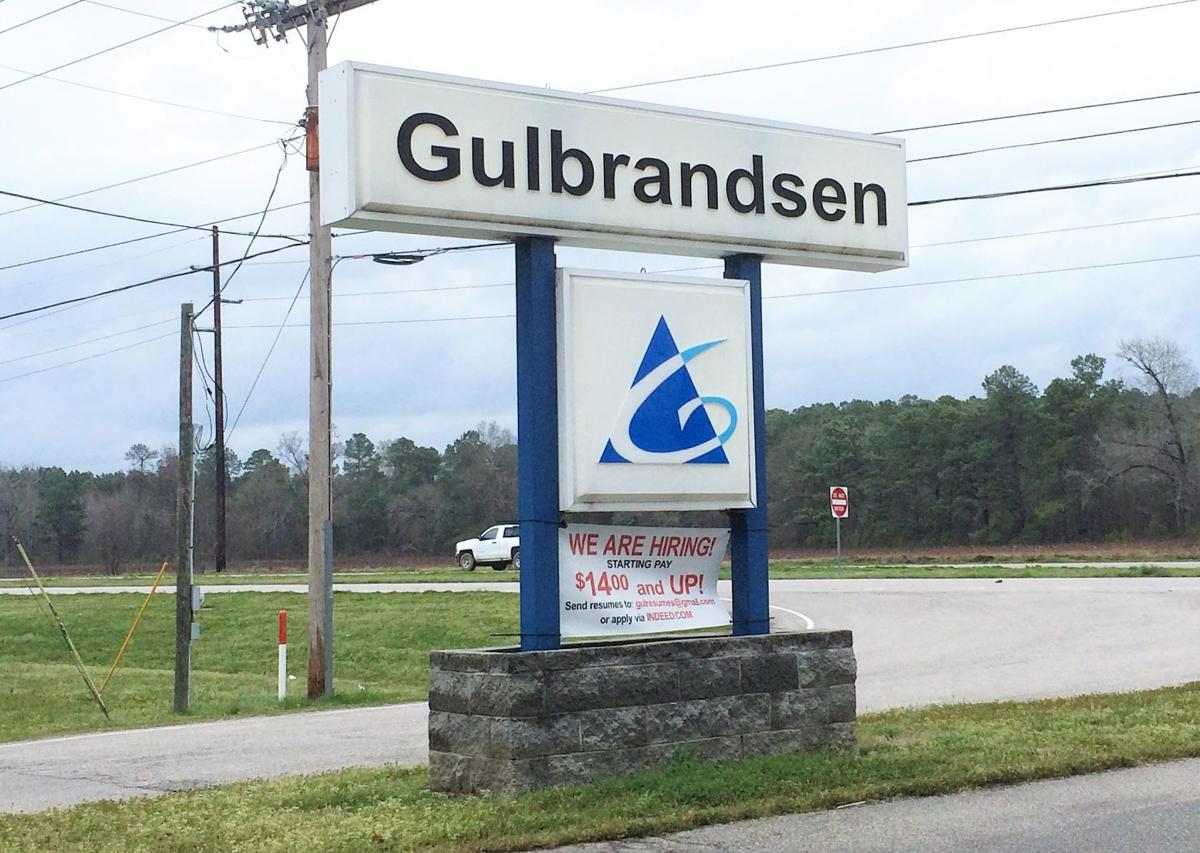 Gulbrandsen is located off Rowesville Road, near The Oaks retirement community.

Two lawmakers want an Orangeburg company to delay production of a chemical banned across the globe until its plans can be studied.

The Environmental Protection Agency has determined that pentachlorophenol is a probable human carcinogen and the International Agency for Cancer Research considers it possibly carcinogenic to humans, according to the Agency for Toxic Substances and Disease Registry.

Gulbrandsen wants to begin production next year when the only maker of the chemical in North America closes its factory in Mexico.

Gulbrandsen is located off Rowesville Road (U.S. 21) south of Orangeburg and is near The Oaks retirement community.

If Rep. Gilda Cobb-Hunter, D-Orangeburg, and Rep. Russell Ott, D-St. Matthews, have anything to say about it, Gulbrandsen won’t be making penta, at least temporarily.

Orangeburg industry: Penta can be made safely; Gulbrandsen says its record is sound

The two are introducing a joint resolution that would block production of the chemical while the state investigates it. The moratorium in South Carolina would expire July 1, 2021, according to the resolution.

"That gives us the rest of this year and the legislative session to do whatever we need to do," Ott said. He noted Gulbrandsen likely would not be able to begin production until then because it needs to get permits from the Environmental Protection Agency and the South Carolina Department of Environmental Control.

"I want to make sure we have a public hearing process and I want to hear from both sides," he said.

The company has not yet submitted an application to DHEC to manufacture the chemical, according to the environmental agency.

While he says he is keeping an open mind about the production of penta, Ott said the fact that the chemical is banned in over 150 countries "clearly raises red flags."

"I certainly don't want something that is banned in that many countries to be produced in Orangeburg County and in South Carolina," he said. "We need to hit the pause button."

Cobb-Hunter said she has been informed by DHEC that they are unsure whether or they have jurisdiction over this matter.

"With all the rollbacks of regs and EPA rollbacks, I am not sure whether DHEC still has the same jurisdiction they once had," Cobb-Hunter said.

Gulbrandsen has said it wants to produce the chemical despite the fact that many countries have stopped production.

According to an article in Columbia's The State newspaper published Feb. 28 and titled "Chemical too toxic for other countries to be made in South Carolina," Mexico halted production in order to comply with international agreements that call for a ban of the material.

The United States has not jumped on board with these international agreements, joining only a handful of countries that would manufacture the chemical.

In addition to Ott and Cobb-Hunter's resolution, a petition titled "No pentachlorophenol in SC” is circulating on the website www.change.org.

More than 140 individuals have signed the petition over a three-day period through late Tuesday morning. The petition was started by Orangeburg resident Mary Walker. An attempt to reach Walker was unsuccessful.

The petition notes Gulbrandsen has "planned to start making pentachlorophenol" and notes that its use is banned in 168 countries "due to its toxicity and potential cancer causing effects."

“It has potential air and water pollution ramifications,” the petition states.

Citing the The State's article, the petition states that the U.S. Environmental Protection Agency records show that "1 in 1,000 people who work with the compound face an increased cancer risk from long-time exposure."

In addition to www.change.org, the petition has also been posted on social media.

Some of the comments made on the petition include:

• "I live here! We don’t need anymore bad stuff in the ground or air. There is a good reason it is banned. The light company will just have to replace more. They charge so much for power! Let them suffer like we have to."

• “This should not be produced anywhere, especially not so close to poor communities.”

• “My year old niece lives there,” another individual comments. “I don’t want cancer to affect anyone else. If we know it’s a cancer causing chemical, why is there even a debate?"

The comment goes on to state, “Cancer kills just like a pulled trigger. If the chemical shot off a few rounds of gun fire you wouldn’t do it right. So how is cancer any different? It’s deadly, enough said.”

Another petitioner said, “Every where is a run off hazard in the low country.”

One petitioner signed all the way from western Australia.

Comments on social media include:

The petition also cites a review of the chemical by the Atlanta-based Agency for Toxic Substances and Disease Registry, a federal public health agency.

The ATSDR’s website notes penta’s effects on organs during developmental stages and notes the chemical is "likely to be carcinogenic to humans." The ATSDR cites the U.S. Environmental Protection Agency.

The ATSDR notes the chemical was widely used as a pesticide and wood preservative, but since 1984 its purchase and use have been restricted to certified applicators.

"It is no longer available to the general public," the ATSDR states. "It is still used industrially as a wood preservative for utility poles, railroad ties, and wharf pilings."

The petition notes Gulbrandsen was fined for improper disposal of waste in 2017. DHEC issued an $8,000 hazardous waste fine and told the company to make improvements.

In March 2015, the company had a hydrochloric acid spill at its facility that led to the release of some of the chemical. The spill occurred as a result of equipment failure, releasing about 500 gallons of the chemical.

The liquid acid did not leave the concrete containment unit and did not contact the soil, plant officials said at the time.

In September 2007, there was a fire at a storage shed used to house non-flammable aluminum and tin-based products at the plant.

During that fire, The Oaks and nearby Okonite Company were asked to conduct their shelter-in-place procedures as a precautionary measure. The procedures entailed shutting off air-ventilation systems, closing doors and windows, and requiring individuals to stay within the buildings.

Environmentalists say pentachlorophenol is more hazardous than other chemicals used to preserve wood, according to The State's report. They claim alternatives include less-toxic wood preservatives or non-wooden poles, such as steel or fiberglass.

Officials with a treated wood trade association – Treated Wood Council -- defended Gulbrandsen’s planned manufacture of the chemical, noting the demand is there for utility poles and that the treatment is vital for utility pole longevity, according to The State.

'On the cusp of breakthrough technology' vs. cancer, local investor says

Orangeburg businessman Jim Roquemore has been involved in a number of ventures, including banking, agribusiness and the Boy Scouts.

An Orangeburg chemical maker announced Tuesday it will not make a controversial wood preservative as it initially planned.

An Orangeburg chemical maker announced Tuesday it will not make a controversial wood preservative as it initially planned.

Gulbrandsen is located off Rowesville Road, near The Oaks retirement community.