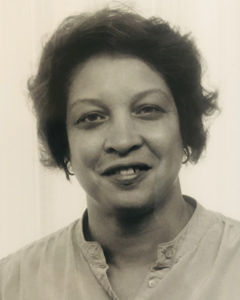 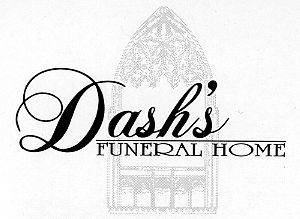 ORANGEBURG – The funeral for Dr. Ida Elizabeth Wanamaker, 80, of Orangeburg, will be held at 3 p.m. Friday, Sept. 6, 2019, at Andrew Chapel Baptist Church, Orangeburg.

Burial will be in Belleville Memorial Gardens, Orangeburg.

Dr. Wanamaker will be placed in the church one hour before the service.

Ida moved to Philadelphia, Pennsylvania, shortly after completing her bachelor's degree, to stay with relatives. There she met and married the late Carl Wanamaker. She would later give birth to Carl J. Wanamaker and the late Debra M. Wanamaker-Johnson. Ida taught business education in the Philadelphia Public School System for eight years. In 1973, she returned to Orangeburg, where she raised her two children. She was then employed by the Orangeburg Mental Health Center as a mental health counselor. In 1978, she also taught graduate studies at South Carolina State College until the late 1980s.

Ida served as the director of The Counseling Center at South Carolina State University from 1989 until 1991. She returned to the Orangeburg Area Mental Health Center to become the first African-American to serve as executive director for 11 years. There she implemented several programs that are still in place today, including an Adult Care Program as well as overseeing the building of the current facility, until retiring in 2002. She was a proud lifetime member of Delta Sigma Theta Sorority Inc., where she served as president of the Orangeburg Alumnae Chapter from 1988 to 1992. She also served in several statewide associations, including president of the Action Council for Cultural Mental Health & Human Services Inc.

Ida was raised in Andrew Chapel Baptist Church and was a faithful member. She was extremely instrumental in the leadership and development of the church's current edifice. She also loved participating in the church's Nursing Home Ministry, as she enjoyed singing hymns for the residents.

In addition to her parents, Ida was preceded in death by her daughter, Debra Michelle Wanamaker-Johnson.

Ida is survived by her son, the Rev. Carl (the Rev. Sheila) Wanamaker of Charlotte, N.C.; one grandson, Elijah Brown of Huntsville, Ala.; a son- in- law, Darin Johnson of Orangeburg; cousin, Nancy Meadows of Barnwell; as well as other relatives and friends.

Viewing for the public will be held from 1 to 7 p.m. Thursday, Sept. 5, at the funeral home. Members of Delta Sigma Theta Sorority Inc. will conduct the Omega Omega service at noon Friday, Sept. 6, at Andrew Chapel Baptist Church.

Friends may call the funeral home for additional information.

Sacred arrangements are entrusted to Dash's Funeral Home of Orangeburg. Online condolences may be submitted to www.dashsfh.com.

To plant a tree in memory of Ida Orangeburg as a living tribute, please visit Tribute Store.

Sign up to get the most recent local obituaries delivered to your inbox.