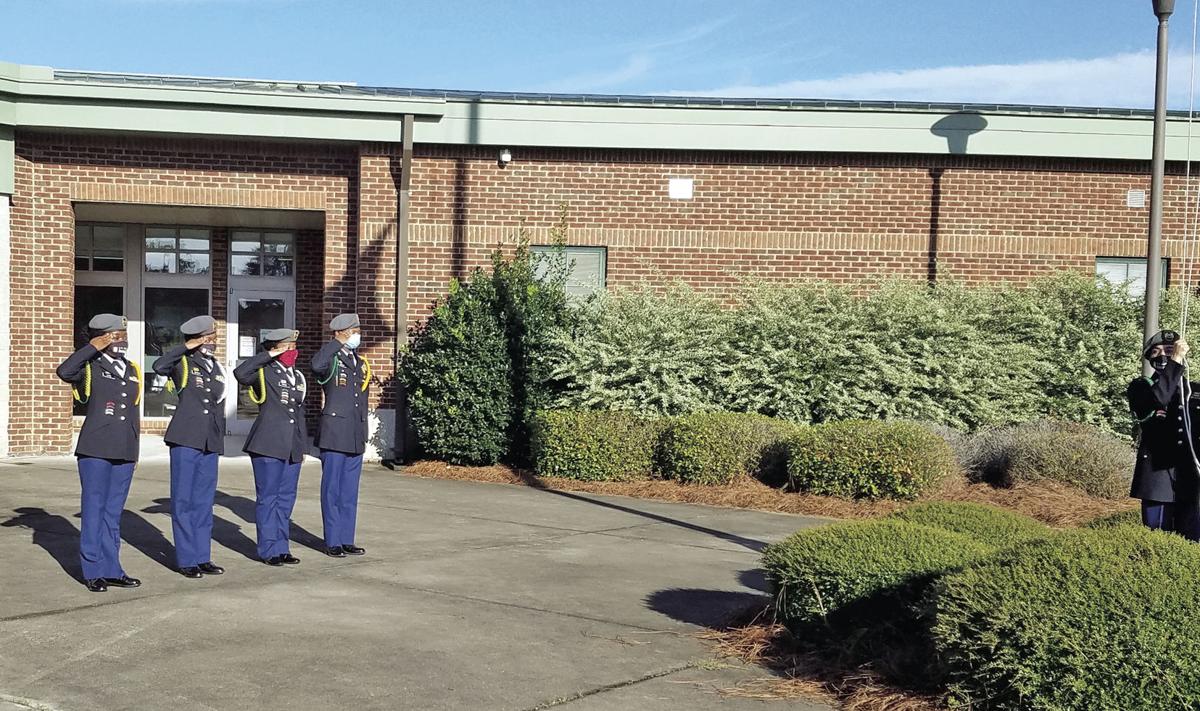 Lake Marion's JROTC, led by Sgt. Major Howard Brown, conducted a special flag-raising to commemorate the lives lost 20 years ago on a day that occurred before the students present were born.

To them 9-11 is a historical event they can only hear about from those old enough to remember or read about it in their textbooks. None of them can answer the question, “Where were you when the towers fell?”

At 8:46 a.m. Company Commander Capt. Thaedyn Lail, a senior, raised the U.S. flag to mark the time when American Airlines Flight 11 struck the north tower of the World Trade Center in New York. The Pledge of Allegiance was recited, followed by commentary on the attacks that was broadcast throughout the school. A moment of silence was held to remember those who gave their lives that day.

'We will not forget': Pain remains for T&D Region families as they cope with losses in wars

Each of the students participating had their own thoughts and feelings on the attacks and what Friday’s ceremony represented.

Lyde spoke about why the attacks should be remembered and revisited, stating "that it is important to remember what happened so that we can learn from our history so as to not repeat it, that knowing what happened that day shouldn’t be forgotten.”

Murry spoke on the importance of the ceremony. “To remember the event is to honor those we lost and that we should continue to have them," she said.

Wright has a personal connection to 9-11 unlike his peers. At the time of the attacks, his mother’s family was living in New York and his cousin’s husband was lost that day.

“My family has talked about that day, they talked about what happened. They mentioned losing him, that it was sad, that it hurt," he said.

Lail, who raised the flag, said, “As I raised the flag I felt a sense of loss. There were so many lives lost that day. I thought of what they could have done with their lives. I hope that something like this never occurs again.”

Dr. Daryl Brockington, LMHS principal, said he is proud of the students and how they conducted themselves in a special commemorative event.

Included in this collection is coverage from The Times and Democrat's special section on 9-11-2001 that is part of the print edition of Sept. …