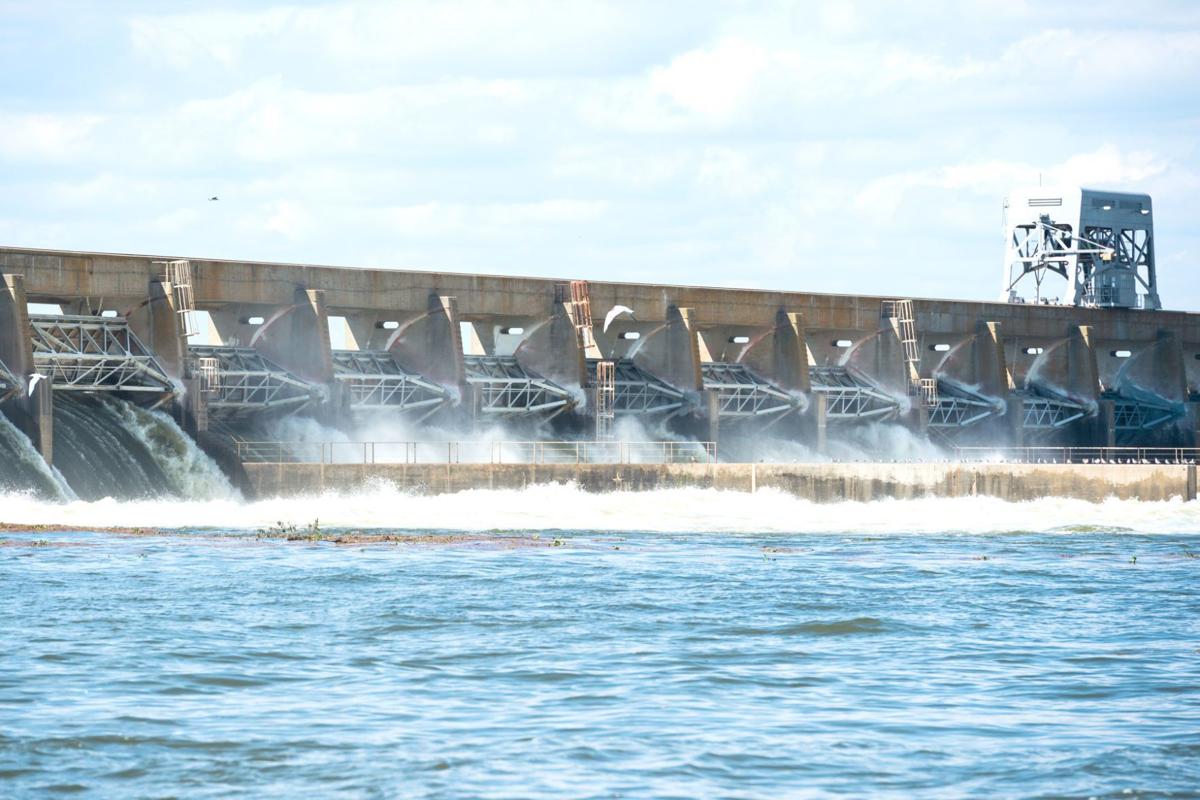 Santee Cooper is owner of lakes Marion and Moultrie. The utility manages the Santee dam, at which controlled spilling is a normal process during periods of high rainfall when flows increase into the lakes.

The potential buyer of state-owned Santee Cooper says it would keep assets connected with the utility, including the lakes, dams, environmental and recreational sites.

"NextEra Energy’s environmental team has already toured the lakes and understands their beauty and the importance of keeping them maintained from a business perspective, but also so that future generations of South Carolinians and tourists can enjoy their serene beauty," said Debbie Larson, NextEra Energy Inc. senior director of corporate communications. "Those who enjoy, use or depend on the lakes will not see a change."

The company would acquire the assets through a new utility subsidiary, Santee Cooper Power & Light (SCP&L), according to the report.

Local lawmakers have been vocal in calling for any deal or sale to ensure these assets are protected.

"I have been assured that nothing will change and the support will still be there," Rep. Gilda Cobb-Hunter, D-Orangeburg, said. "For eastern Orangeburg County, I don't want to see them threatened."

Cobb-Hunter said she has raised concerns and will continue to do so about Santee Cooper assets she describes as vital to Orangeburg County economic development and recreation.

Santee Cooper is involved in a broad range of projects, including treating water at plants on Lake Marion and Lake Moultrie.

Sell, manage or status quo? Report out on Santee Cooper

The prospect of a sale comes as Orangeburg County officials seek to expand the Lake Marion Regional Water Agency to tie in the towns of Elloree and Holly Hill. Eutawville is also on the list to eventually receive water from the agency.

Beyond power generation, the utility is also responsible for maintaining both lakes Marion and Moultrie, including navigation, property and campground management and development.

Also, about 15,000 acres owned by Santee Cooper are used beyond electricity and water. Those properties range from waterfront recreation sites and campgrounds to residential land near Lake Moultrie.

Santee Cooper also maintains portions of the Palmetto Trail, a 290-mile hiking trail from the Atlantic to the mountains, as well as the Santee National Wildlife Refuge.

Rep. Lonnie Hosey, D-Allendale-Barnwell-Orangeburg, is a part of a 10-member House Ways and Means Committee ad hoc panel that will be studying the proposals on the table for the future of Santee Cooper. The committee consists of five Democrats and five Republicans.

Hosey said the process is very early and "it is too early to tell" about the exact nature of the impact of the sale on the lake assets.

He did note he plans to be in the forefront of conversations.

"There will be questions and discussions will be made," Hosey said.

The DOA report touts NextEra's history of maintaining assets similar to those currently under the ownership of Santee Cooper.

For example, Santee Cooper has helped the county with loans for economic development projects. The projects have included construction of speculative buildings at the John W. Matthews Jr. Industrial Park.

The report addresses these concerns. While not contractually committed to do so, the sale bid says NextEra intends to "maintain Santee Cooper’s existing charitable contributions, continue to support the State’s effort to attract and retain businesses, including the establishment of an economic development team in South Carolina to work closely with the South Carolina government and assist with the development of economic incentives, and ensure that Santee Cooper continues to provide an economic development tariff."

Asked about the impact of a potential sale on the non-power assets of Santee Cooper, DOA Director of Strategic Communications Kelly Coakley referred this reporter to the report.

The question of what to do with Santee Cooper has been a hot topic since work was halted in 2017 on the expansion of the V.C. Summer Nuclear Station in Fairfield County, a project in which Santee Cooper partnered with the former SCANA Corp. Santee Cooper has roughly $6.8 billion in debt, about $3.6 billion of that tied to the nuclear failure.

Santee Cooper is $4 billion in debt, mostly because of its minority stake in a pair of nuclear power plants abandoned during construction before they generated any power. Supporters of selling the utility worry that the debt may end up on the back of South Carolina taxpayers.

Local lawmakers not sold on sale

The sale of the Santee Cooper is one proposal on the table.

The report notes that internal reform of Santee Cooper would guarantee the state would retain ownership and control over an important asset, including recreational facilities.

The report touts Santee Cooper's overall good stewardship, noting its record on "safety, reliability, customer satisfaction (with Central -- its largest wholesale customer) as an important exception; and cost, as well as a history of charitable giving, economic development, and maintaining recreational facilities for citizens of the State.'

"The Reform Plan can be expected to preserve and potentially enhance these achievements," the report states.

The report also touches upon the impact of each of the proposals on ratepayers, utility employees and governance.

The reform plan holds customer prices stable for at least the next seven years and any increases after that time period would be lower than the rate of inflation, the report states.

Santee Cooper spokewoman Mollie Gore said the plan also calls for an increase in the company's environmental stewardship by laying out the closure of four coal-fired units and the addition of 1,500 megawatts of new solar power and 200 megawatts of battery storage to the system.

"That will cut our CO2 emissions nearly in half compared to 2005 levels," Gore said.

While one of the proposals calls for a sale, Cobb-Hunter said the jury is still out on that.

"Santee Cooper is a state asset and I think we ought to be cautious of selling off state assets," she said, recalling when the state leased out 95% of South Carolina's public wireless broadband spectrum to two private companies, with the promise the state would enjoy better broadband as a result.

The results have fallen short of the promises with broadband access still a major issue of concern in the state.

Cobb-Hunter is also concerned about the 30-day window for a decision to be made.

"I think it is a bad thing," she said. "It is a big rush with what could be a major decision affecting a whole lot of lives in the Lowcountry," she said.

He expects the budget and Santee Cooper will take up much of the legislative session.

Govan said there seem to be some having already made up their minds on selling the utility.

"That concerns me as an Orangeburg legislator in particular representing Orangeburg County because the county has a strong vested interest. We realize Santee Cooper is more than an energy source when you consider the assets when it comes to tourism and other positives it brings to our region.

"We have to be very, very cautious and very leery of people who want to sell it and see it as an asset we can dispose of and get money off of it," he said. "I am not convinced selling it is the right thing to do."

The Prince of Orange Mall announced the organizations participating in Color for a Cause, a live mural coloring contest and shopping event tha…

SANTEE – Crappie anglers from nine states traveled to the lakes of Santee Cooper to participate in the Feb. 28-29 Crappie USA Super Event.

MONCKS CORNER – Santee Cooper will begin a one-year trial of a new corrosion inhibitor at the Lake Marion treatment plant on March 23, which m…

Santee Cooper is owner of lakes Marion and Moultrie. The utility manages the Santee dam, at which controlled spilling is a normal process during periods of high rainfall when flows increase into the lakes.