Updates and news from the Nevada caucus 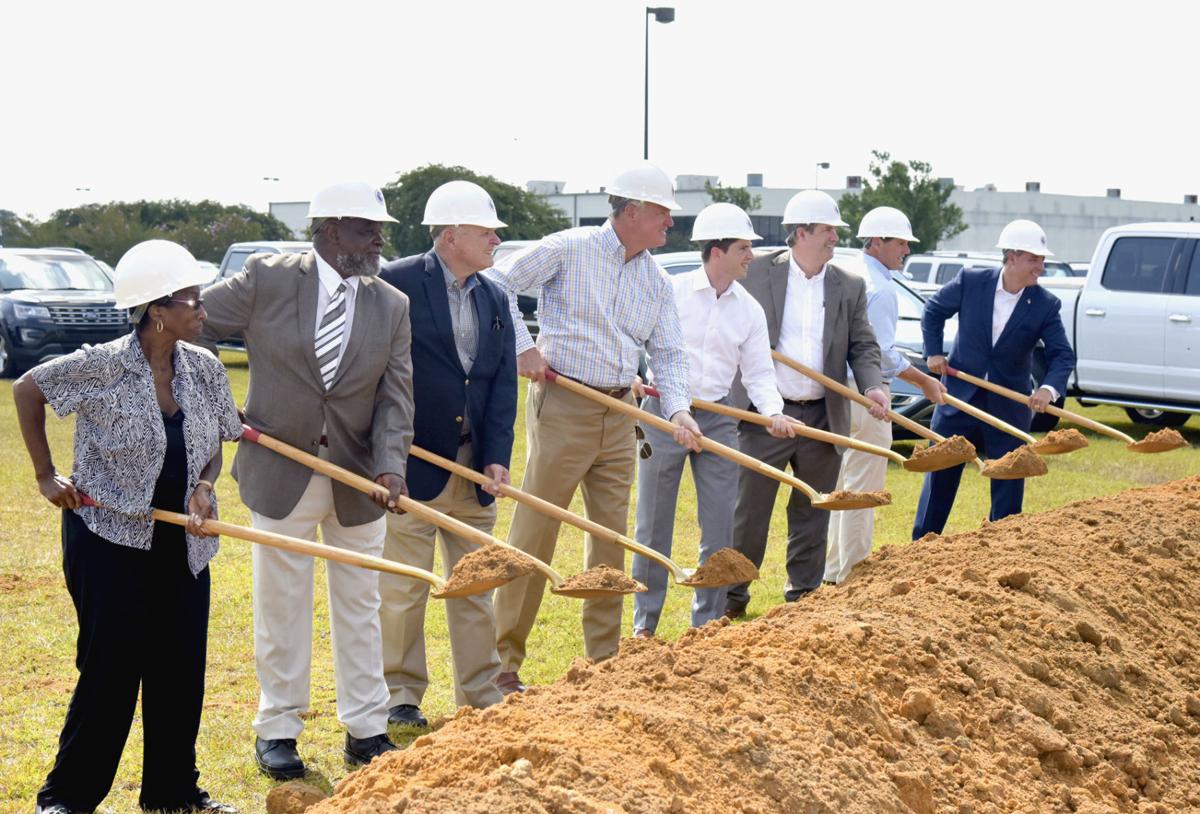 Local, state and federal officials hold a ceremonial groundbreaking for a new, 200,720-square-foot speculative building at the Orangeburg County/City Industrial Park on Monday. 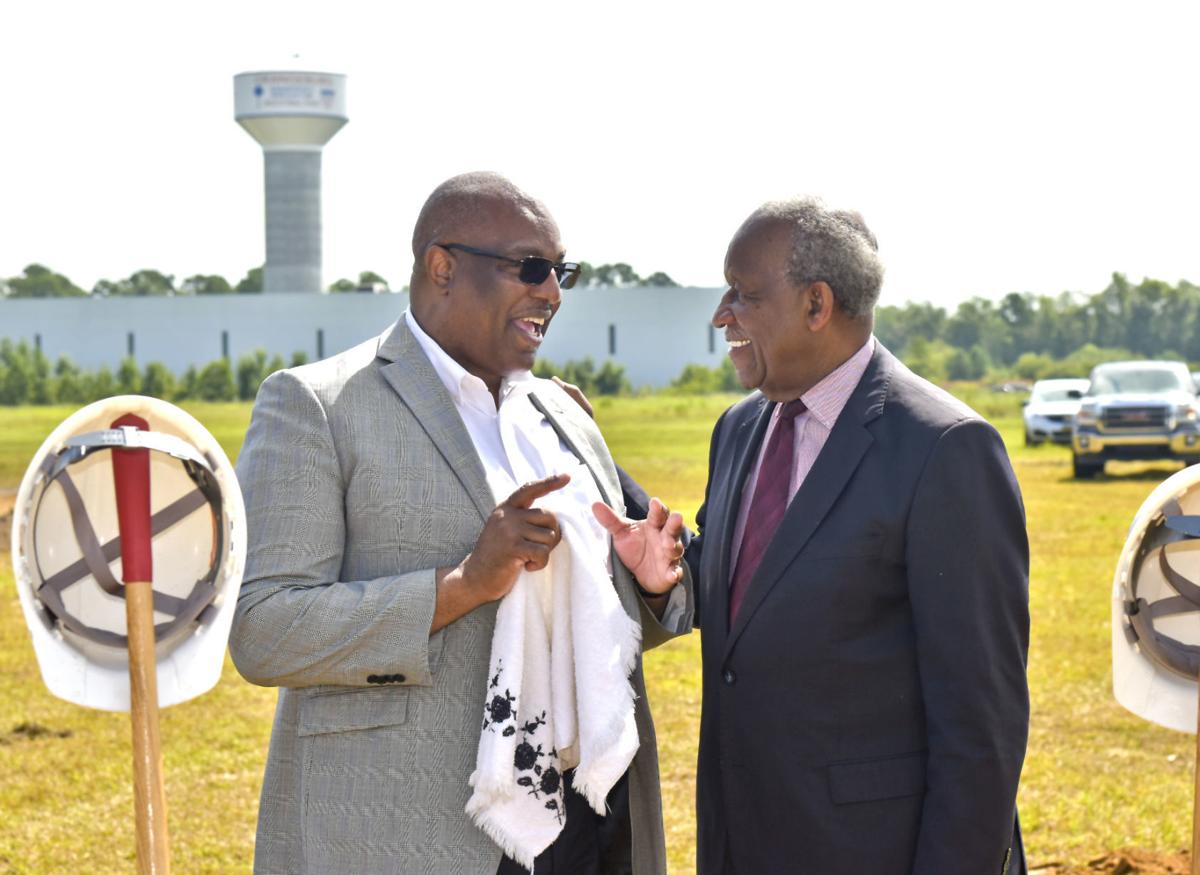 "We are unbelievably excited about what this project means for our investors and our clients as well as for the city and county of Orangeburg," said Jon Good, the CEO and broker-in-charge of NAI Earle Furman. The company is the project developer.

"The dividends the county has received from the park will continue in the future,” he said.

The first building will be a 200,720-square-feet facility located at 145 Millennium Drive, next to Allied Air Enterprises and across the street from GKN Aerospace.

The building is being identified as the Millennium Speculative Building and will have LED lighting throughout and 30-foot high ceilings. It will be able to house a single tenant or multiple tenants.

The second building, which will be 160,000 square feet, will be built next to the Millennium facility.

NAI Earle Furman will help market and develop the 24-acre property and buildings.

The Millennium building is expected to be complete around May or June. Construction on the second building will begin once the first one is leased, Good said.

The industrial park is located on a former corn field near the intersection of U.S. Highway 301 and Interstate 26.

"Twenty-five years ago, as a farmer, this was a field of dreams," Orangeburg County Councilman Harry Wimberly said. "We started out with a field of dreams, but we no longer live in that era in time in economic development.

“You used to build it and they would come. Now if you don't build it they won't come."

The OC/CIP is served by the Orangeburg Department of Public Utilities and has power, water, gas and sewer.

The park has about 1.42 million-square feet of space in eleven buildings. Monday's announcement will bring the park's capacity to 1.6 million square feet.

Orangeburg County Councilman Johnny Ravenell, whose district includes the park, said it is all about growth.

"It is a blessing to Orangeburg County as we continue to get these speculative buildings built," he said. "If a company decides to come, we will have a place for them because in the past we have had companies come and we did not have one. Now we have one and we can move forward."

Orangeburg Mayor Michael Butler said the project shows the partnership between the city and the county.

"We are happy for this great economic development that will take place here at this site," Butler said. "We are happy about bringing this employment for our residents here."

Orangeburg County Development Commission Chairman Kenneth Middleton said, "This is a ‘we thing.’"

He noted all the partners and individuals that have made the project possible.

"You can't have the jobs in the end without the effort in the beginning and all along the way. Having the jobs is the end of a long journey,” he said.

Middleton noted the developers could have invested elsewhere and promised the county will make sure the investment is “worth your while.”

State Sen. John Matthews, D-Bowman, used the swarming gnats at the event as an example.

"One gnat by itself is really not a problem," Matthews said. "But when you have multiple gnats working together, you can create a problem. That is what our county is all about: one, two, three communities working together. When we work together, then we are successful."

"There are two HBCU campuses just down the road," Jenkins said. "This is going to be a tremendous opportunity for those graduates to stay in their town, to live here, play here and work here."

"This is an example of what can happen. We have a great need in colleges and campuses really close here. These young people need the jobs that will be created here,” Jenkins said.

County officials believe the buildings are the first industrial buildings built in the state and perhaps in the nation in one of the newly designated opportunity zones.

Opportunity zones were established by Congress as a part of the Tax Cuts and Jobs Act of 2017 and are designed to encourage long-term private investments in low-income communities.

The program provides federal tax incentives for taxpayers who reinvest unrealized capital gains into "opportunity funds," which are specialized vehicles dedicated to investing in low-income areas.

"Opportunity zones legislation ... is really a remarkable opportunity for private investments to take advantage of markets that could use development and create jobs and help the citizens of South Carolina," Good said. "It is a phenomenal government program. This is really program that will add a lot of creativity and private investment in places like Orangeburg."

COLUMBIA -- The annual economic impact of the housing industry on the state of South Carolina is $44.7 billion, according to a report released…

Local, state and federal officials hold a ceremonial groundbreaking for a new, 200,720-square-foot speculative building at the Orangeburg County/City Industrial Park on Monday.