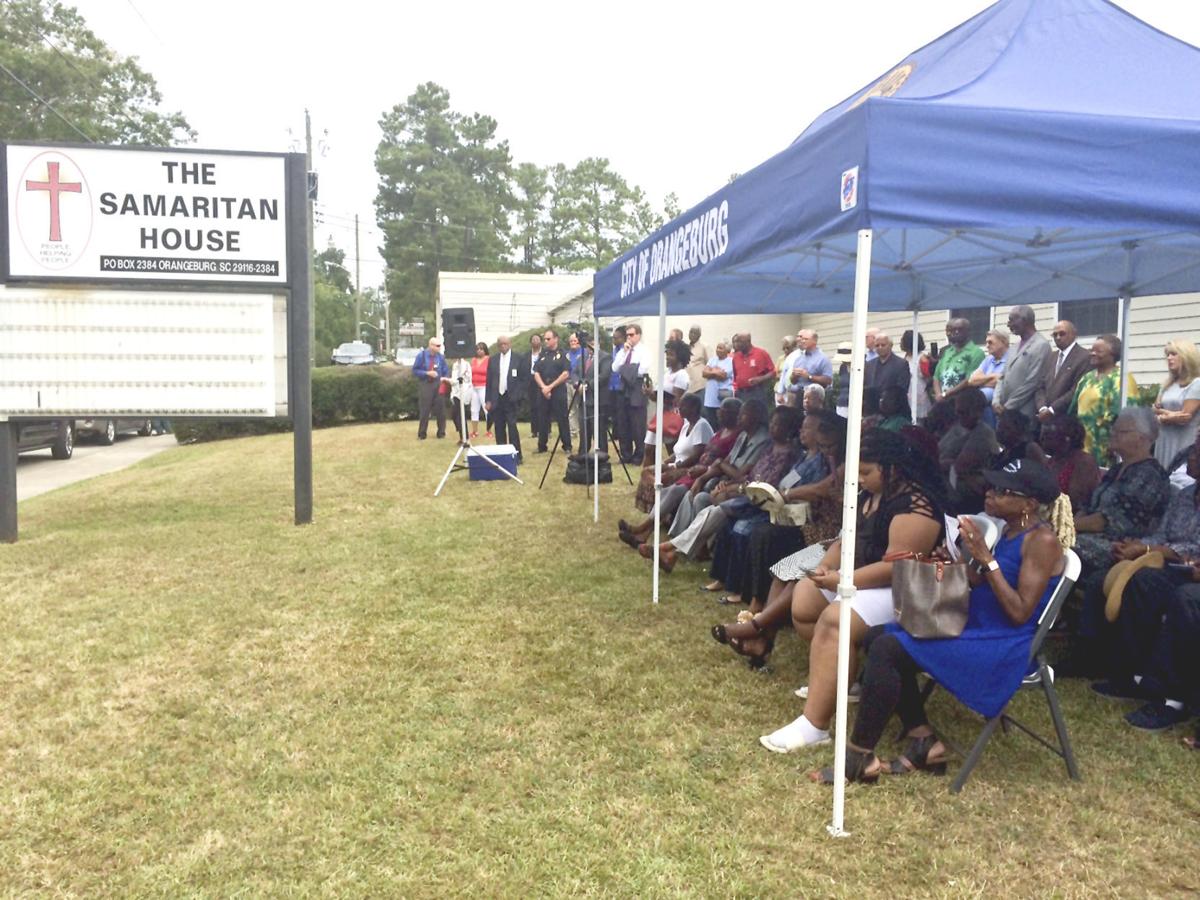 Samaritan House homeless shelter supporters gathered for a Tuesday press conference announcing the need to raise $100,000 over the next 30 days in order for the shelter to reopen. 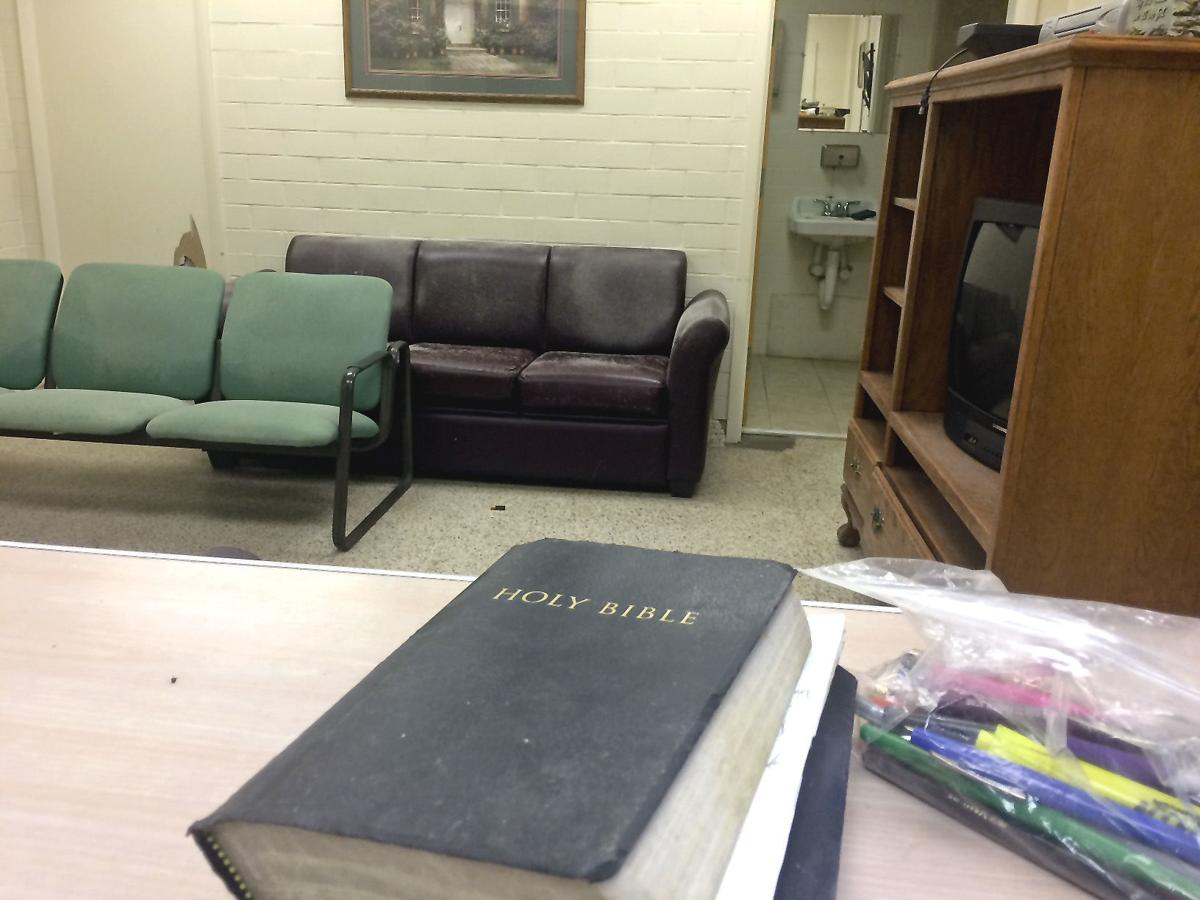 The former Samaritan House homeless shelter on Middleton Street has been closed for three years. Efforts are underway to raise funds in order to reopen the shelter.

Samaritan House homeless shelter supporters gathered for a Tuesday press conference announcing the need to raise $100,000 over the next 30 days in order for the shelter to reopen.

The former Samaritan House homeless shelter on Middleton Street has been closed for three years. Efforts are underway to raise funds in order to reopen the shelter.

The Samaritan House’s board is asking the public for help reopening the Middleton Street homeless shelter as the clock is ticking on building foreclosure.

"We are stepping out on faith," Samaritan House Board Chair Brenda Jamerson told those gathered for a Tuesday morning press conference at the former shelter. "We are optimistic. We believe the community of Orangeburg will heed the call for action."

"We need each of you to join us," she said. "We all have a call to serve to knock out homelessness in Orangeburg County. It is the humanitarian thing to do. It is the right thing to do."

The goal is to have the monies raised and the shelter reopened by January 2020.

The Middleton Street shelter closed its doors three years ago due to a lack of funds.

The U.S. Department of Housing and Urban Development cut funding for transitional homeless housing programs at that time.

HUD officials at the time decided to shift focus and invest dollars in permanent housing programs. HUD provided the majority of the $250,000 annual operating budget.

The shelter opened in 2001 as faith-based nonprofit organization.

In addition to HUD, the non-profit shelter was supported through donations, local government and local churches, but monies for these organizations and fundraising efforts were not enough to keep the doors open.

Nowhere to lay your head: Answers sought for homeless after shelter's closure

Orangeburg Mayor Michael Butler has been trying for years to get the Samaritan House open.

"I think we will be able to do it," he said, asking the community to be generous with their donations.

"It is so necessary that we open this home back," he said. "It needs to be occupied."

Seeing the need, Butler began to spearhead efforts to see the shelter reopened. A seven-member board formed about four months ago as part of this effort.

An assessment of the building and its needs has been done, revealing glaring issues. While vacant, the building has been vandalized several times.

The windows are knocked out, parts have been stolen out of the air conditioners, and the refrigerator and freezer have also been stolen.

There are also plumbing issues and beds are covered with mildew. The hot water heater and two washers and driers also need to be replaced.

Wiring has been cut throughout the building and its onsite truck was also stolen.

The building also has leaks, meaning the entire roof will need to be replaced.

The City of Orangeburg has already committed to providing $170,000 to the effort.

Orangeburg County Council has promised $52,000, but Councilwoman Deloris Frazier, who was in attendance at the press conference, said she is hoping council will be willing to give more.

"We need to give them what they need," she said.

But Jamerson said the shelter will also need money to sustain itself into the future as federal funding has not changed.

In an effort to save money, Jamerson says the shelter will open with a "skeleton crew."

"We are going to open gradually because we want to get our footing. We don't want to fill all 40 beds at one time."

"We don't want to open so widely so that next year we can't maintain," she said. "I am asking for volunteers so we can open with a lot of volunteers so we don't have to pay for much staff just to get our foot in the door."

Jamerson estimates there are about 1,200 homeless in the Orangeburg area.

"We see evidence of the continued need all around Orangeburg County," Jamerson said, noting homeless can be seen living in wooded areas, vacant buildings, emergency rooms and fast-food restaurants. "They are unclean, hungry and in some cases they are ill."

Charlene A. Baker, who has lived in the Orangeburg area for the past 25 years, donated $200 to the Samaritan House and will donate more if needed.

"The Samaritan House was a very productive place for homeless people," Baker said. "I thought it was worthwhile to support it."

Baker said she wants to be part of the solution to the problem and so she gave.

"You see the need," she said. "You see people walking around ... who are hot and they need places to go. This is very helpful to them as they need some place to stay."

Several individuals donated on site with the amount of their respective donations shouted out to those gathered.

"It is going to take us to make this thing happen," Govan said. "Even though it has had its ups and downs, what we have to focus on now is the present and the need."

"This is going to take a public/private partnership," he said. "It is unfortunate that it has gotten to this point, but the need for this service has not gone away. This time we have to make it right."

Individuals took a tour of the building following the press conference.

Jamerson says cash donations, in-kind donations, volunteers and word-of-mouth support are all ways individuals can help contribute to the reopening of the shelter.

Appreciation was given for all those who have already donated and pledged.

Checks can be made payable to: The Samaritan House of Orangeburg County, Incorporated, P.O. Box 2392, Orangeburg, SC 29116.

A scooter rental company is seeking permission to operate in the city of Orangeburg.

What's the allure of this building? Is there not a more cost effective facility available in the area? Is there not an exploratory committee to look into such things. I bet someone reading this article has a building to donate...Come on people of the area, step up!