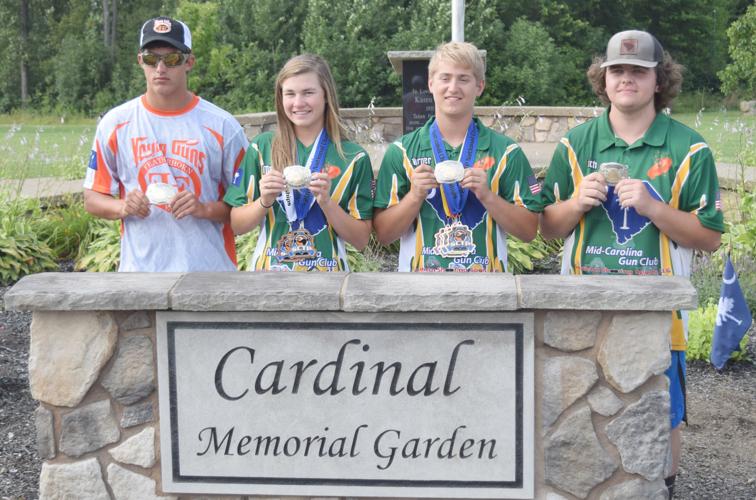 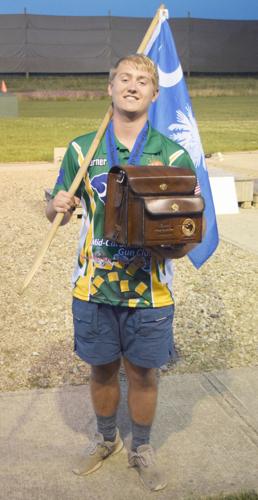 SPECIAL TO THE T&D

The Mid-Carolina 4-H (MC4H) Youth Shooting Team from Orangeburg had 15 competing athletes attend the event – the largest number of attendees ever.

Landon Hair was the only Mid-Carolina rookie to attend and he made the most of it. He shot great all week and won second place in the Rookie Division in Bunker Trap – the first time he had ever shot it.

Madison Sharpe returned to the podium several times this year and bettered her fourth-place Senior Ladies Division HOA from 2018. In sporting clays, she finished third this year. Sharpe also was the third-place Ladies Senior Division HOA. She broke 553 out of 600 targets in skeet, trap and sporting clays.

Turner Parcell put on a show at the Ohio event. Making the podium four separate times as an individual, his highest achievement was as Men’s Intermediate National Champion. Parcell shot 558 of 600 targets to win the title; an impressive score for a 14-year-old.

Bernie Till receives 4-H award for decade of service

Parcell is only the second HOA National Champion from the Mid-Carolina program. He also made the podium in several other events. He was the Intermediate Advanced Champion in Sporting Clays and Skeet Doubles. In Skeet Doubles, he posted a very impressive 99 out of 100 – missing only his 67th target before running the rest. In sporting clays, he won by six targets, posting a 176 out of 200. His 176 was only three fewer than the collegiate champion, two fewer than the highest JV shooter and 7 fewer than the highest senior. He finished 21st overall out of 1,274 competitors. In American Skeet, Turner posted a second-best score of 197 of 200 – two targets out of first place.

For the second time, a squad of Mid-Carolina Shooters won the Open Division Sporting Clays National Championship. Parcell and Sharpe were joined with Rich McFee in posting a 500 out of 600 targets to win by 18. Mid Carolina last won the Open Division in Sporting Clays in 2014. Conrad Salvagin, Tucker King and Will Till made up the squad that year.

Joining McFee and Parcell on the podium in the Skeet Open Division was Braxton Marr, marking only the second time a squad from MC4H has made the podium in the event division. Only 13 targets out of first place, their score of 561 of 600 was good enough for fourth place.

Making the podium for the first time ever in doubles trap, the Open Division squad of Parcell, McFee and Sharpe was rounded out by Jacob Todd and Cody Carroll. The squad posted a score of 811 to secure the spot.

There was an 11th trip to the podium for South Carolina. Three Mid-Carolina shooters – Sharpe, McFee and Parcell joined Gage Langston and Daylon Mahn from the Featherhorn Young Guns (Pinewood's Featherhorn Farms) to make the podium as All State Team third-place winners in sporting clays. It marked the first time the All State team from South Carolina made the podium.

Several Mid-Carolina shooters shot their first 25 and 50 straights. Jacob Todd shot his first 25 straight in skeet in his first round and did it again in the fourth.

New 'invisible fiber' will change the way we eat food

New 'invisible fiber' will change the way we eat food