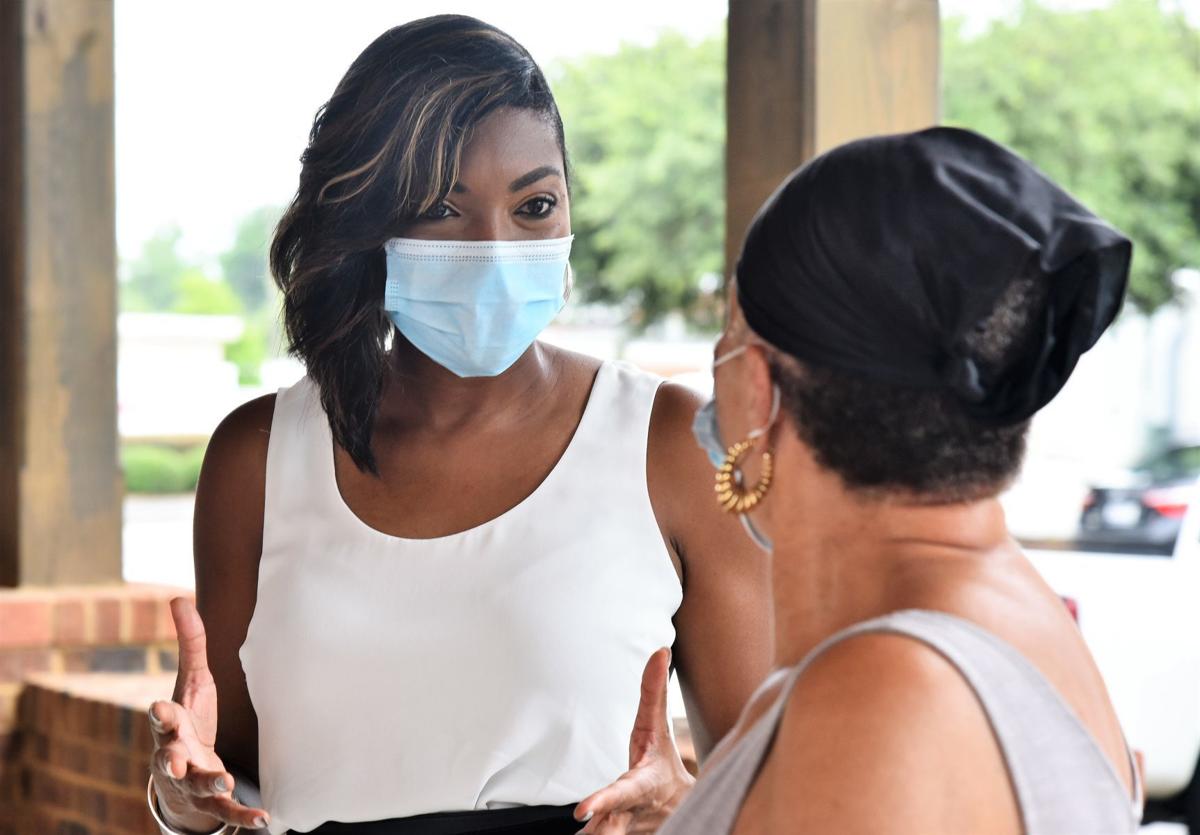 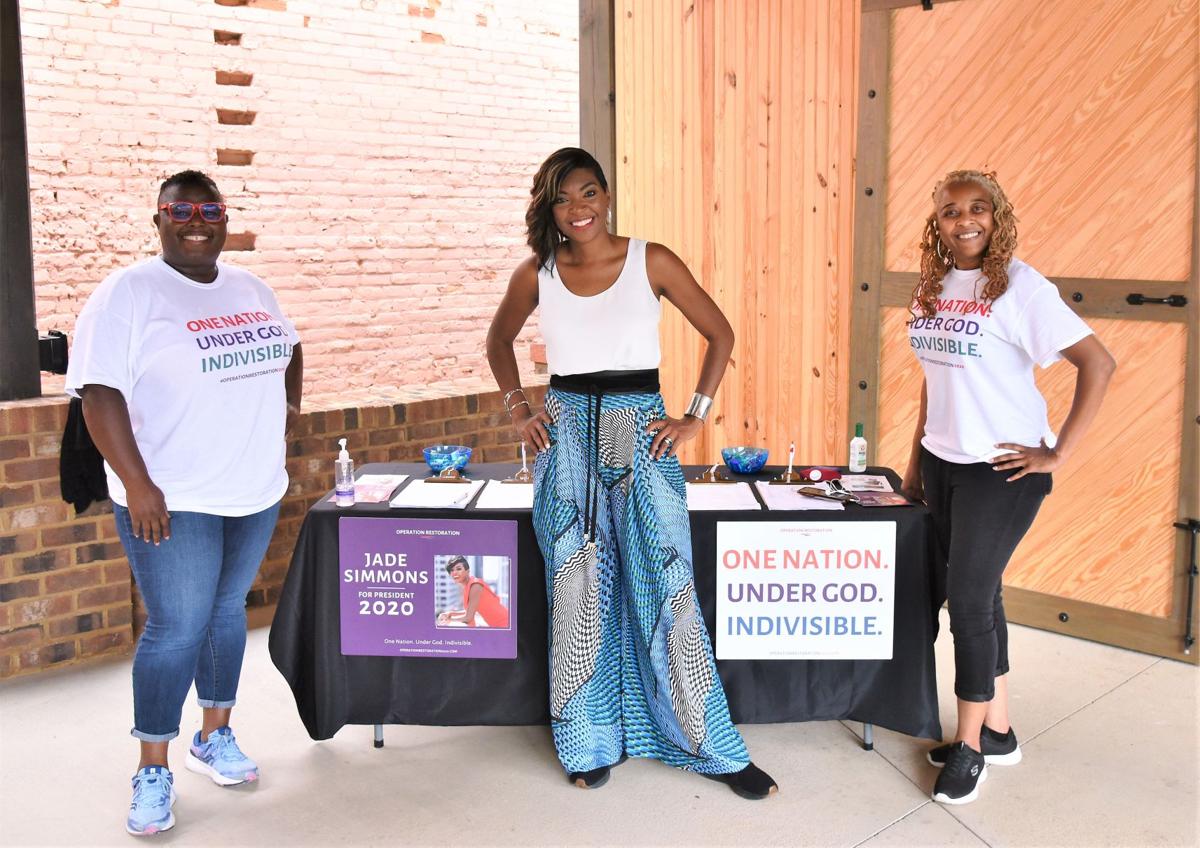 The pianist, minister and professional speaker is working to appear on the state’s presidential ballot in November.

South Carolina requires the signatures of 5% of the state's voters from the previous election for independent candidates to appear on the ballot.

The Charleston native needs the signature of at least 10,000 registered voters, so she made an appearance at the Orangeburg Farmers Market downtown, looking to secure signatures.

Simmons stated that her work as a professional speaker and interactions with major companies and corporations are what qualify her as a presidential candidate.

“I’m brought in by major companies who are looking to have transformation in their leadership, amongst their people, so when we talk about what the nation needs right now, I believe we need a servant leader who has a track record, first of all, for top-notch communication, for being able to bring different groups together, and for being able to find uncommon common ground between groups that don’t usually see eye to eye,” Simmons said.

“I have a track record of doing that, I also have a track record of working with corporations who are ready to prioritize their people. And I think instead of demonizing corporations, we must hold them accountable, and instead of oppressing people, we must build programs that actually help them, make sure they have access to opportunity for all people,” Simmons said.

Simmons believes she is the ideal candidate for the nation, considering the current state of the nation.

“So we feel justified by the times we’re in to be offering uncommon leadership. It’s not your typical political leadership, but it’s a leadership we believe is required now,” Simmons said.

Simmons is running as an unaffiliated individual. She said she believes the people of the country are not being served by the Republican and Democratic parties.

“I think they spend all of their time fighting each other, and not fighting for us, and I think we have leadership right now that doesn’t prioritize people over politics,” Simmons said.

As a part of her campaign platform, Simmons has identified “three thriving areas of focus” -- pro-human, pro-prosperity and pro-protection -- that she says will address many of the country’s issues.

“Those three prongs are a way, first of all, to avoid the same divisive rhetoric that has kept us from voting beyond our party lines,” Simmons said.

“So, pro-human covers all of our stances on some of the most controversial issues, including abortion and immigration. But what we mean to say is we believe in the sanctity of life from the womb to the tomb. So that means not only do we believe in the potential and purpose of unborn babies, but we care about babies at the border, we care about families on SNAP, we care about people like George Floyd dying under the knees of racist oppressors. All of that, to us, is pro-life,” Simmons said.

“The common thread that you’ll see is we’re always looking to see how we can serve people more powerfully than they’ve been served now,” Simmons said.

Simmons detailed how her pro-prosperity plan will focus on finances.

Simmons also detailed how her various plans will address issues, such as broadband, health care and higher education in rural areas such as Orangeburg County.

“I believe that a part of our plan for restitution where Black America is concerned must include fully endowing HBCUs. We have institutions like that that give us 50% of our teachers and our doctors. There’s something there that we need to nurture and take care of, yet we’re watching these institutions be in extreme financial distress,” Simmons said.

“One of my biggest concerns with the way we reopened during COVID-19 was that we did not have the proper testing and tracing capabilities in place, and even though we saw the biggest breakouts in cities, my concern was that in the rural areas, it was going to be worse because of the distance and the access to health care services,” Simmons said.

Simmons also expressed her belief in the importance of internet access in rural communities.

“I think one good thing we saw out of COVID-19 is suddenly were able to come up with all these resources we said we didn’t have before. Suddenly, we got internet access to people, suddenly we got devices. I think now we have to consider broadband not as a luxury but as an absolute necessity. I believe now we have to push for those things to be equally accessible, no matter where they are,” Simmons said.

Simmons said she currently has roughly 1,000 signatures, but she is continuing to take on what she described as an “uphill battle” for an independent candidate.

Simmons said she acknowledges the difficulty of winning the presidential election, but she also believes she shares the same degree of difficulty with other candidates.

“I think it’s as difficult right now as it is for the two major-party candidates. There’s no guarantee, is there? But we would not be running if this was only for symbolic reasons. We’ve done the math, we get to participate in the Electoral College, we get to choose our electors, and the same way as would happen for Joe Biden.

“They’re not signing the petition to vote for me, that doesn’t happen until November if they like what they see. But we want to make sure that come November, when they go in the voting booth, they see my name,” Simmons said.

“These signatures simply ensure that I’ll be placed on the ballot.”

South Carolinians looking to sign the petition can do so at https://bit.ly/2AEiz9t.