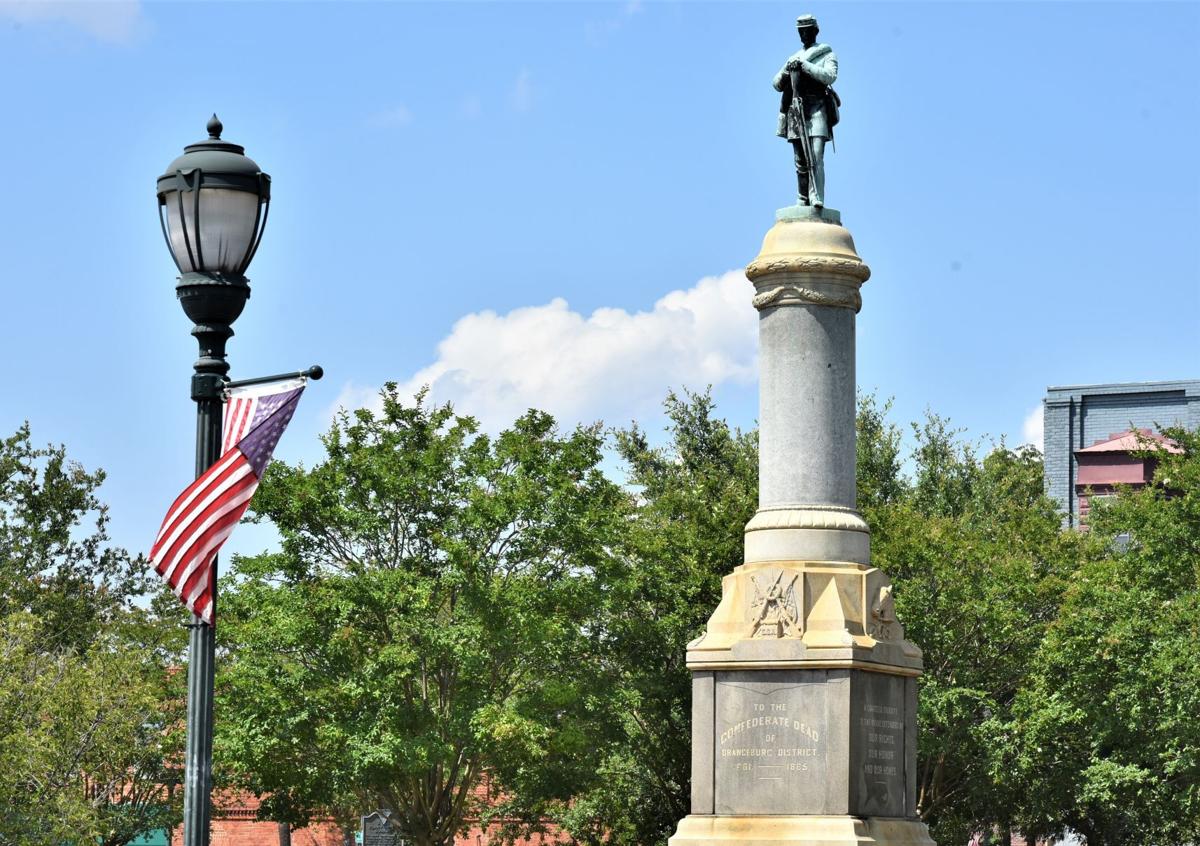 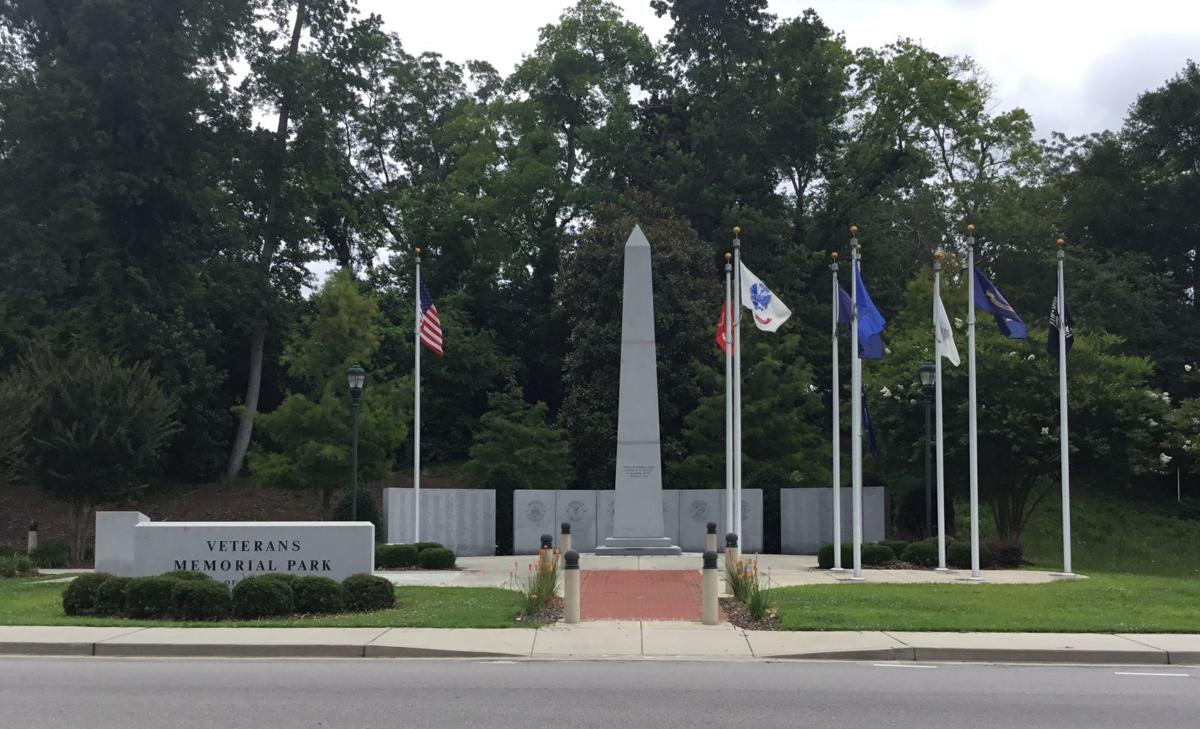 Local historian Richard Reid feels Veterans Memorial Park is the most fitting place for the Confederate monument if it is moved.

After the American Civil War ended in 1865 with the victory by the Union and the loss by the Confederate states, people in the South decided to pay homage to the men and women who lost their lives fighting that war.

The general plans were to unveil a statue that would honor and remind the people of the sacrifices of the soldiers that fought for their belief.

On May 25, 1887, The T&D reported: “There is no use in talking about it, Orangeburg County is going to have a Confederate Monument.”

Then on June 15, 1887: “The Waiter Drill -- On Tuesday afternoon about twenty-five young ladies met at the Armory. A constitution was read by Capt. Hamilton, and adopted by the Society, so that the ‘Orangeburg Confederate Monument Association’ is started. We want now to hear that every household has a name on the roll.

“The membership is ten cents per month, or yearly members in advance one dollar. The young ladies will soon canvas for members.

“Just enclose your dues to the President, Miss Agnes Dibble, and express your wish to be a member.”

As the movement to have a Confederate monument to be located in Orangeburg rolled along, the ladies came up with the idea of posting a statue in each township in the county.

On March 21, 1888: “The Confederate Monument -- In every age and with every people, it has been customary to commemorate the heroic and patriotic deeds of soldiers and statesmen by the erection of suitable monuments. In our hearts we know they battled for the rights as God gave them light to see, and if we are true to our convictions of duty we will erect at the Court House Square a monument.”

On April 7, 1888, the people of Vance gave a donation for the monument: “For the Monument—Enclosed please find $5.00 for the Confederate Monument fund, being contributed by the following persons:

The T&D wrote on April 18, 1888: “Let the people of each township that has no Confederate Monument Association organize and meet on the 28th ... and organize one and send delegates to the County meeting on the 10th of May.”

In order to meet the goals needed to accomplish the mission, the Orangeburg Confederate Monument Association initiated a number of fundraisers. They held raffles, festivals for the young people, picnics, hot dinners, bake sales, autograph quilt sales and sometimes excursions to Charleston.

The Orangeburg Confederate Monument Association in August 1889 made a request for information from every member present, who of his own knowledge or from accurate information, can give information concerning the name, cause of death and where buried of any Confederate soldier who lost his life when he served.

On Nov. 6, 1889, The T&D listed a report on the Confederate dead in Orangeburg County:

It was noted on Feb. 19, 1890: “We hope the two thousand dollars needed for the Confederate monument will be raised during the next year. We must have five thousand dollars.”

As the group moved closer to their goals, The T&D printed on April 13, 1892: “The Corner Stone Laid. -- The Corner Stone of the Confederate Monument, for which our noble ladies have labored so hard and faithfully for the past five years, was laid yesterday in the presence of a large number of interested spectators, including many Confederate veterans of the late war.”

With the laying of the cornerstone, the final steps in unveiling the monument were underway.

On Oct. 4, 1893: “The Monument to the Confederate dead of Orangeburg County will soon be in position, and we hope it will stand as a silent witness of the bravery and patriotism of our heroic dead for hundreds of years. The laying of the Corner Stone yesterday will be a forever memorial event in our history and one that should create joy and enthusiasm in the heart of every man, woman and child in Orangeburg County.

"To our noble women who have labored so hard to erect this monument, too much praise cannot be given, and it will stand as a monument to their devotion to the martyrs of the ‘Lost Cause’ as well as a monument to those who died to defend the South from the ruthless invaders.”

On Oct. 11, 1893, The T&D reported: “The Confederate Monument has arrived and is being placed in position. Next Wednesday must be made one of the biggest days in the history of Orangeburg.”

After the unveiling, The T&D on Oct. 25, 1989, printed a report of the entire event: “Our Martyred Dead -- Orangeburg County’s Tribute to Their Bravery and Heroism -- The Unveiling of the Handsome Monument Erected by our Noble Women to the Confederate Dead of the Old Orangeburg District -- Last Wednesday was a red letter day for Orangeburg and it will long be remembered as one of the most notable in her history.

“It was the day appointed for the unveiling of the handsome monument erected by our noble women to the Confederate dead of the old Orangeburg District.”

South Carolina's former governor, Wade Hampton, was selected to be the guest speaker but took ill just before the event.

The unveiling of the Confederate monument in 1893 marked a historical event for just one segment of the people of Orangeburg County. The other side had no say-so or any input in a decision of a private group posting the monument on public property.

On March 26, 1927, The T&D reported: “Master Finds County Owns Courthouse Lot in Fee Simple -- That Orangeburg County owns the present court house lot in fee simple, was the findings in the report of Master in Equity Ed C. Mann, filed here Wednesday, who had conducted a reference in a litigation adopted to clear the title.

“The question of the title was submitted to the court for reason that a recently created county court house commission of which Hon. Robert Lide the chairman, had recommended that a new court house be built elsewhere and that a $60,000 offer by the City of Orangeburg for the plot, or square, considered in connection with the transaction.”

Then on May 28, 1936, The T&D reported: “City Authorized to Care for Debt -- Senator Henry R. Sims of Orangeburg introduced a bill today, I authorize the City of Orangeburg to borrow up to $75,000 to take care of the indebtedness. This incurred some years ago in purchasing court house property.

“The above bill renews authority given the City of Orangeburg some years ago to finance the purchase of the old Court House Square.”

After 58 years of being located on Courthouse Square, the city decided to relocate the Confederate monument closer to the Middleton Street side of the square in March 1951. Some years later, it was moved back to its present location.

Recently, The T&D reported on June 23, 2020: “Mayor: City wants to remove statue -- Orangeburg will be seeking a legal means to remove the Confederate statue from downtown Memorial Plaza if City Council gives its OK on June 30.”

If the City of Orangeburg finalizes the decision to remove the monument from the old Courthouse Square, as a historian in this county, I feel that it would be most fitting and appropriate to relocate it in the Veterans Memorial Park in our Edisto Memorial Gardens.

This location would keep it in the context of its existence being in a military history setting along with the Confederate, Spanish-American, World War I, World War II, Korean War, Vietnam, Persian Gulf, Iraq and Afghanistan war veterans.

Orangeburg City Council will discuss whether the Confederate monument should be removed during a special called meeting at noon Tuesday.

Orangeburg City Council on Tuesday voted to seek removal of the Confederate memorial statue from downtown.

On Sept. 6, 1920, the women of Orangeburg County awoke to a new chapter in their lives as full-fledged citizens of the United States of America.

Local historian Richard Reid feels Veterans Memorial Park is the most fitting place for the Confederate monument if it is moved. 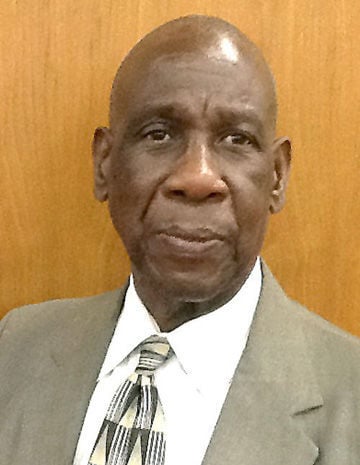