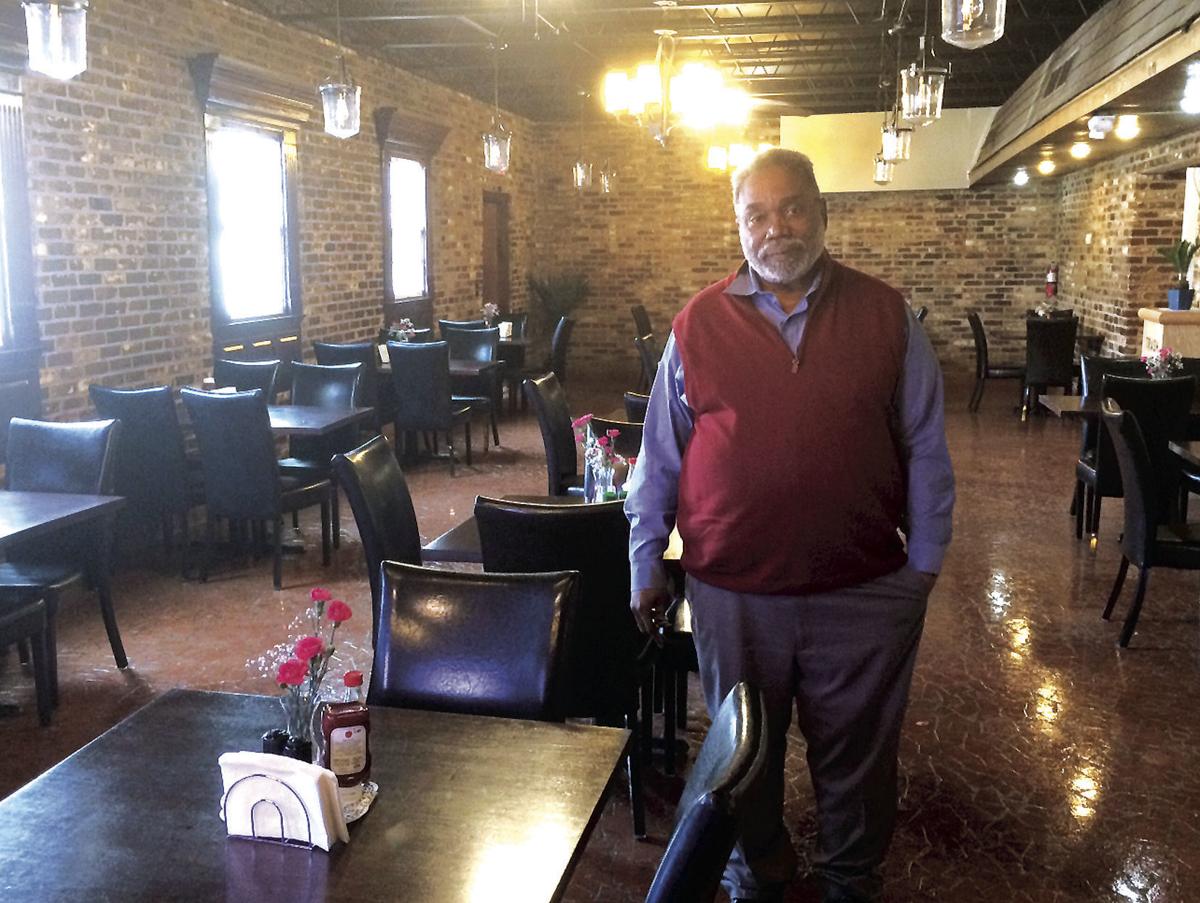 Orangeburg native Tyrone Dash has remodeled and reopened the former Berry's on the Hill restaurant on John C. Calhoun Drive. The restaurant has opened as D&B Fried Fish and Barbecue. 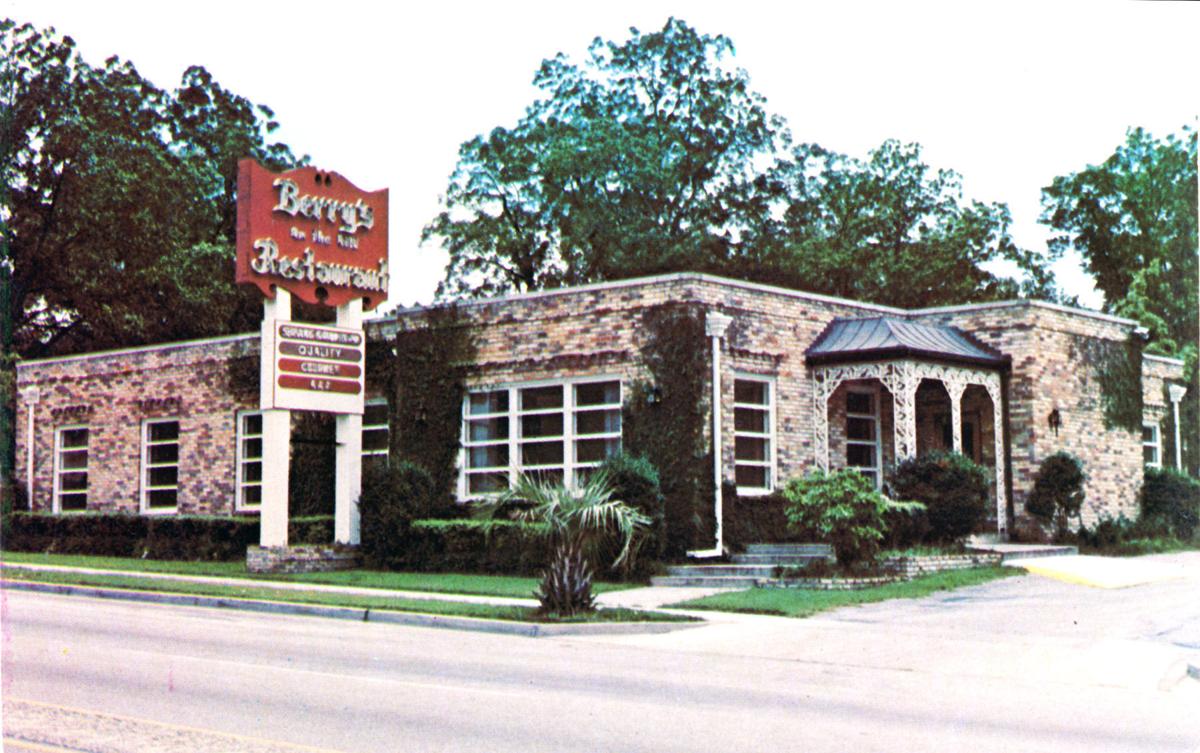 Berry’s on the Hill Restaurant was an Orangeburg fixture for many years. Mrs. Willie Berry started the iconic restaurant in 1946 on Summers Avenue across from the hospital, but moved to the new John C. Calhoun Drive thoroughfare in 1956 as seen above. Her restaurant was widely known along the entire East Coast.

Tyrone Dash was only 4 years old when the 1954 Brown vs. Board of Education Supreme Court decision came down forcing the desegregation of public schools.

It was a decision he would quickly learn more about from his father, the Rev. Jack Dash, who made it a point to be active in the civil rights movement as it played out in the Orangeburg area.

"My father was always committed to improving the conditions in the community for everybody," Dash recalled. "Every weekend I was out walking the picket lines in the rain, cold weather, hot weather, it didn't matter."

At the age of 14, Dash's protests and calls for justice resulted in being jailed for as long as a week at one time at Orangeburg's Pink Palace. It was not unusual for him to be in jail with his entire family at the same time.

What seems so simple today was more complicated for the teenager back in the tension-filled 1960s.

"I remember seeing the little white kids eating a big juicy hot dog and I wanted one but could not get one at that time," he said.

One dining establishment where he was not welcome was Berry's on the Hill.

Willie Berry started the iconic restaurant in 1946 on Summers Avenue across from the hospital, but moved to the new John C. Calhoun Drive thoroughfare in 1956. Her restaurant was widely known along the entire East Coast. The quality and tastefulness of the food served there was lauded far and wide.

"Berry's on the Hill was the most popular restaurant in Orangeburg in the '50s and '60s," Dash said.

But it also was segregated.

DID YOU SEE? Starbucks plans stores in Santee, Orangeburg

A restaurant entrepreneur, the 70-year-old Charleston resident has purchased the former Berry's on the Hill at 851 John C. Calhoun Drive and has opened up D&B Fried Fish and Barbecue.

Dash has owned D&B for the past six years, operating on Russell Street. But that building's deteriorating condition caused him to look elsewhere.

"I looked at different options, and one option I had was to build across the street from my old location," Dash said, noting after assessing the financing for such a venture, he determined it was cost prohibitive.

When he found the former Berry's on the Hill, he just knew it was meant for him.

"It is a beautiful building," Dash said. "Look at these bricks. It has so much potential and I could see it."

When he purchased the building this past summer, he found each room had multiple leaks and the entire building was in disrepair.

But he was determined to make it happen.

"We had to rebuild all the infrastructure," he said, noting the entire building has been rewired with a new heating and air conditioning system and plumbing.

The restaurant celebrated a soft opening on Valentine's Day and will celebrate a grand opening on March 21.

All-you-can-eat buffet-style opportunities are also available. The restaurant can dine in nearly 200 guests and has takeout options.

Dash has one goal for the restaurant.

"I really see it as an opportunity to bring different people together," he said. "It is good that both the white community and black community see that blacks can conduct business also. We are capable of achieving the same thing, but it takes commitment."

It is the same commitment Dash exhibited when he became one of 18 Orangeburg students to volunteer to first integrate the public school system when he attended the all-white Orangeburg High School in 1964.

He also became the first black to play varsity sports in the state, playing basketball.

"When I traveled all over the state, I was the only black person that played," he said. "Prior to going to different schools, the school would receive letters threatening my life, saying they never had an 'n-word' play in their gym before and that if I came, they would have a tree behind the school where they would hang me."

Dash said the experience was "rough," and he still has scars from the time he was beaten by four white guys one day at school. He was spit upon, isolated from the rest of the student body and slandered.

His faith helped him through the ordeal.

"As a kid, we were so committed to freedom that we were prepared to give our life for that purpose," he said. "Going to Orangeburg High School was just a step in that process. It didn't matter to me what would happen to me, but we were trying to make things better for the generations that came after us."

Or in Dash's case, for his own generation

He noted race relations have gotten better in Orangeburg over the past 50 years.

"It is like night and day," he said about Orangeburg in relating a story of his 45th class reunion. "I was treated like a rock star. All my old classmates came to me and apologized about how they behaved. It was really touching."

But he says there is still room for improvement.

"When I ride through the neighborhood where I grew up on the hill -- Stilton Road down Goff Avenue -- you see a lot of dilapidated homes, homes boarded up, homes abandoned because money has not been coming back to the community," he said.

One way Dash has helped give back to Orangeburg is his work to help improve the once black-only playground at McLaine Drive and Stilton Road.

The Nix-Stilton Community Improvement Organization, of which Dash has been a member, has helped to revitalize the park.

"I want to encourage other blacks to be able to do this kind of thing," he said. "The opportunity is here, but you have to be aggressive and make it happen."

He recalled when he was involved with the Greenville Chamber of Commerce and how the chamber and other groups were able to plan for development along the Reedy River. The area has since blossomed.

"Greenville has a creek," Dash said. "We got the Edisto River and all kinds of things can be built around it. Orangeburg has the natural resources that most cities would just kill to have. We just have to be creative and come up with ideas on how to improve it."

DID YOU SEE? 'Dancing preacher' in Orangeburg spreads message of the gospel

You may have seen him along the highway with his feet uplifted, Bible outstretched and long purple robe billowing in the wind, but Bishop Guss…

Orangeburg native Tyrone Dash has remodeled and reopened the former Berry's on the Hill restaurant on John C. Calhoun Drive. The restaurant has opened as D&B Fried Fish and Barbecue.

Berry’s on the Hill Restaurant was an Orangeburg fixture for many years. Mrs. Willie Berry started the iconic restaurant in 1946 on Summers Avenue across from the hospital, but moved to the new John C. Calhoun Drive thoroughfare in 1956 as seen above. Her restaurant was widely known along the entire East Coast.