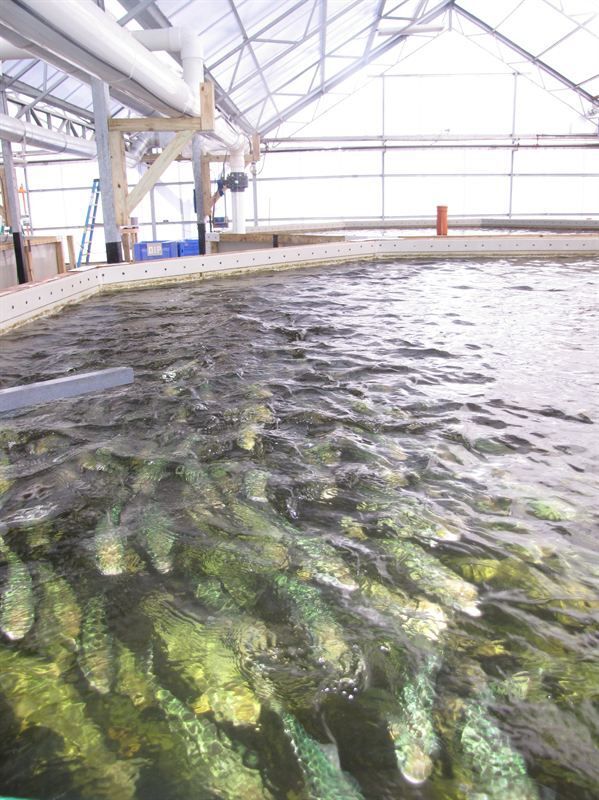 Pure Blue Fish US Inc. technology treats the water with biological and microbiological subsystems that enable the system to function at top efficiency without discharging polluted water, or any water, to the environment. 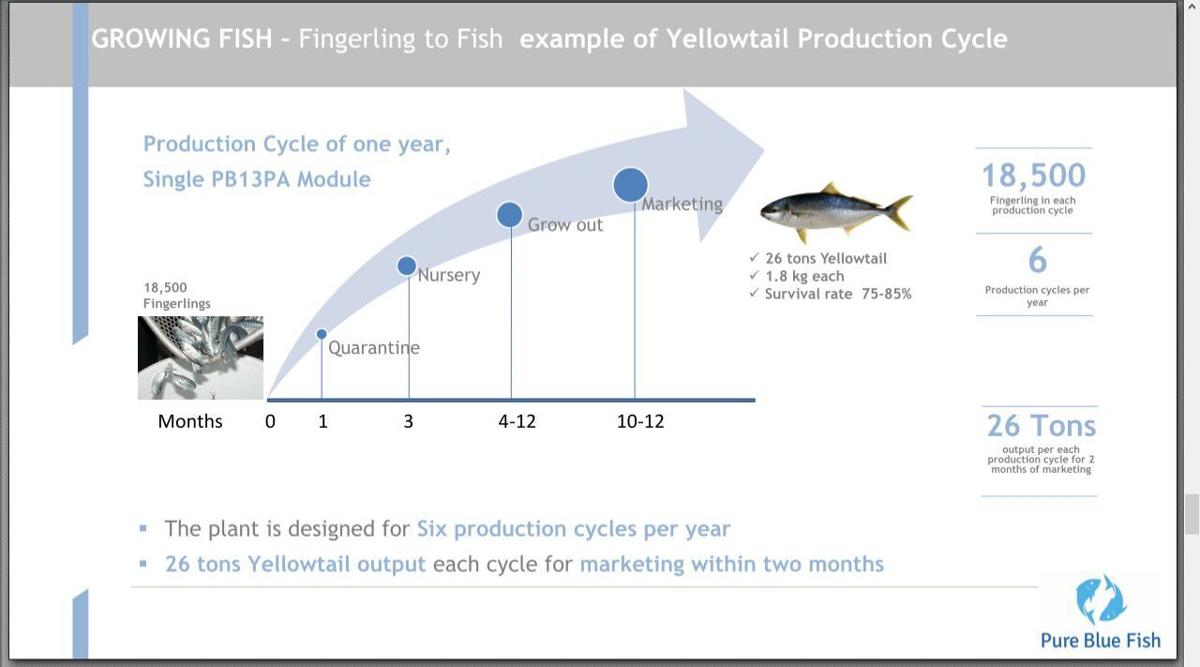 With the consumption needs of an increasing world population putting greater stresses on environmental sustainability, there is a challenge of how to balance demand with supply.

Fishing experts project global aquaculture production will need to more than double in the next 40 years to feed the close to 10 billion people by the year 2050.

These same experts say there are many threats to fishing from the ocean, including overfishing that has reduced fish populations in some cases to the point of extinction. Industrialization has led to heavy metals pollution of the oceans. Plastic breakdown has infested marine life with micro-plastics.

The challenging scenario is one Pure Blue Fish U.S. founder and Chief Executive Officer Nimrod Litvak is addressing head-on and a key focus on the solution will be based in Orangeburg County.

The raising and eventual harvesting of the fish include recirculating aquaculture systems with zero-water discharge technology. The technology reduces water costs and pollution.

"Unlike most intensive aquaculture systems, our technology treats the water with biological and microbiological subsystems that enable our system to function at top efficiency without discharging polluted water, or any water, to the environment," Litvak said.

RAS is a touted as a new way to farm fish in a safe, productive and sustainable way.

'It was a good season': Dryland corn leads way amid challenges in Orangeburg

Instead of the traditional method of growing fish outdoors, this system raises fish at high densities in a "controlled" environment typically indoors.

The technology removes the fish waste through converting ammonia to nitrate, converting nitrate to nitrogen gas, which evaporates; and converting organic-rich sludge and fish waste to a gaseous phase.

The processes provide a healthy environment for freshwater and saltwater aquaculture and minimize the discharge of waste.

The zero-water discharge RAS also treats the water circulating in the system by biotech and micro biotech technologies, according to the company.

This helps to save high costs of water and the cost of treating water going in; prevents polluting water from going out to the environment, and allows fish aquaculture to prosper on land away from oceans and lakes, Litvak said.

There are challenges that include high initial capital investment, the need to capture a market and the need to build a brand name.

In Orangeburg, Blue Fish will build a facility that will be 50,000 to 100,000 square feet at the John Matthews Industrial Park on about 30 acres.

The interior of the building is currently in the design phase. It is expected to be completed by 2022. It will be privately funded and owned by the company.

The company will raise the yellowtail fish from fingerling to the nursery stage, where the fish will stay a period of two months and grow under close observation.

The fish then enter into the grow-out phase of about one year where they reach a size of about four pounds. The fish then go into the final stage of harvesting, sorting by size and packaging.

The fish will go fresh to the market in eight hours, according to Blue Fish.

There will be about 18,500 fingerlings in each production cycle and six productions a year, according to the company.

Pure Blue Fish’s South Carolina operations will serve as a production and packaging facility for distribution to the restaurant market.

The plant will start with annual production capacity of 150-200 tons of fish a year and 11-16 employees. It will operate around the clock. The initial output is expected nine months after the plant is operational.

A packing/processing house will be built to serve the fish plant after the farm reaches 600 tons of annual production.

Eventually, the production facility plans to produce 3,000 tons of fish a year.

Yellowtail is a species of sturdy ocean fish in the jack family.

The fish is typically harvested wild off the coast of central Japan, southern California and Baja, California, and farmed in Mexico and Australia, according to the company.

The fish is mostly eaten as sushi or sashimi in fine Japanese restaurants, or grilled and served widely in other cuisines. In retail shops and supermarkets, the whole fish is sold, as well as fillets.

Litvak notes the demand for fish is there.

Citing researchers from Florida Atlantic University, Litvak says the United States was the fifth largest seafood consumer in the world in 2015 and ranked third in wild-caught volume.

FAU researchers also say the Unites States is the largest importer of seafood products in the world. In 2017 alone, about 5.9 billion pounds of seafood were consumed with more than 50% of seafood consumed coming from aquaculture.

Litvak says the project is a win-win in that it provides the county a locally grown fish by a local workforce for local consumption. The county will also become a production and distribution center and will offer a healthy food option.

Litvak cites the Orangeburg area as a suitable location with the needed infrastructure and economical utility rates. The company also cited the available training for company employees and attractive manufacturing incentives.

The average wage at the Orangeburg plant is expected to be between $18 and $25 an hour. Orangeburg County's average manufacturing wage is $15 an hour.

The company is receiving traditional incentives such as fee-in-lieu of taxes and a state grant for road infrastructure improvements.

The Coordinating Council for Economic Development has also approved job-development credits related to the project.

The company looked throughout the Southeast from Virginia down to Florida, but chose Orangeburg due to its logistics, pro-business environment and technical employee skill sets.

Pure Blue Fish US Inc. technology treats the water with biological and microbiological subsystems that enable the system to function at top efficiency without discharging polluted water, or any water, to the environment.