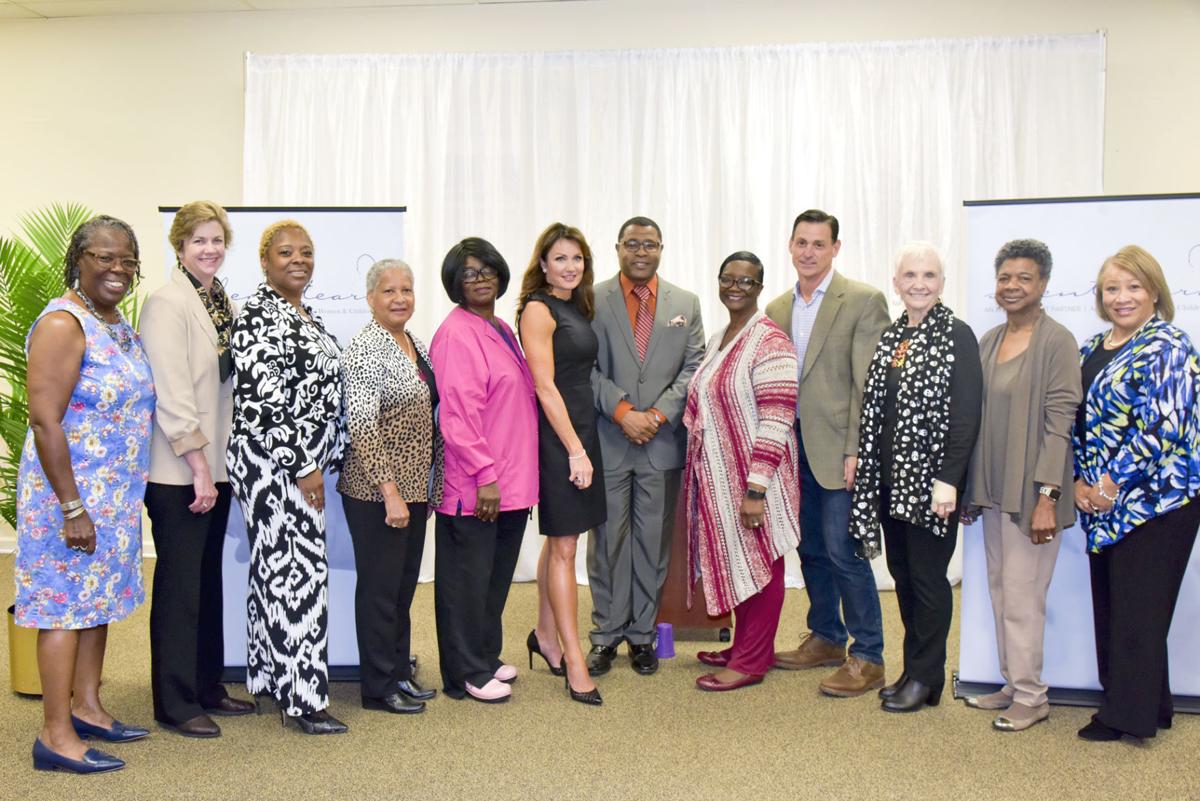 Officers and board members from CASA/Family Systems and the Silent Tears Foundation announced last week that Silent Tears is providing an $80,000 grant to the Orangeburg-based non-profit. 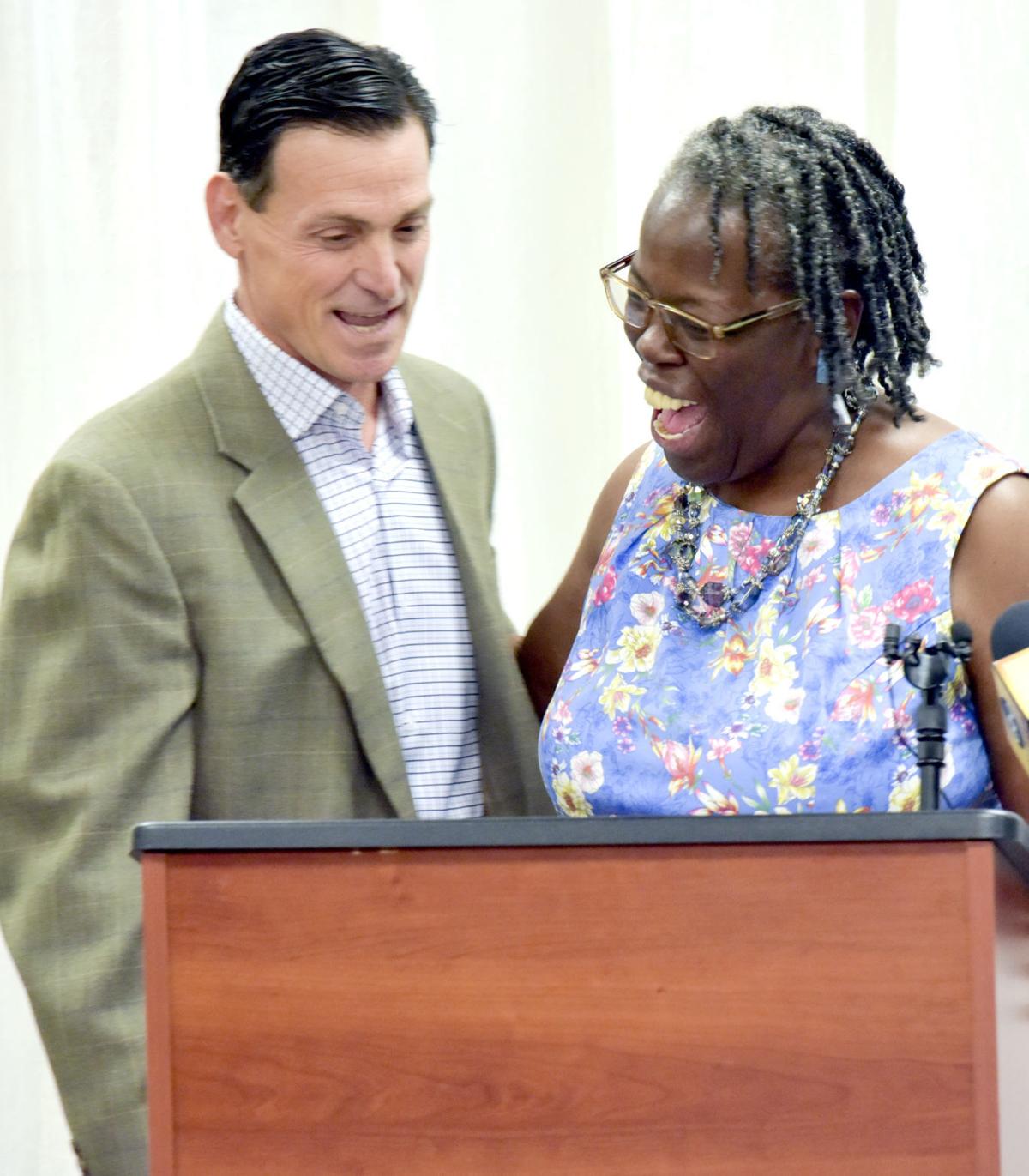 CASA/Family Systems has been given an $80,000 grant to continue its mission in the community.

The Orangeburg-based nonprofit was one of 20 organizations statewide to receive grant funding to help their work assisting victims of domestic violence, sexual assault and abuse.

Silent Tears donated a total of $1,128,500 in grants as part of its third round of giving. The Silent Tears Foundation was launched in 2013 to support organizations that seek to end child abuse, sexual assault and domestic violence in South Carolina.

The grant was announced during a drop-in held last week at CASA’s Edisto Children's Center.

“Look at God. The $80,000 is going toward our capital campaign to renovate the shelter. That was a nice little hit for our shelter,” said state Rep. Gilda Cobb-Hunter, D-Orangeburg. She’s the CASA/Family Systems executive director.

Cobb-Hunter said CASA/Family Systems also benefited from Silent Tears’ second round of grant funding, which allowed CASA to pay off the mortgage on the ECC building.

Silent Tears Founder Bob Castellani and Kelly Nichols, director of philanthropy, were among the officials from Silent Tears on hand for the announcement.

“Were it not for Bob Castellani and Kelly and the work that the foundation is doing, we wouldn’t be standing here today. As a result of the Silent Tears Foundation, that little yellow house over there now belongs to CASA/Family Systems,” Cobb-Hunter said.

Castellani said he appreciated the relationship he formed with Cobb-Hunter, noting their common passion for serving the victims of violence on all levels.

“We do come from different backgrounds and … political views but, in the end, who doesn’t want children to be fed or educated or protected or women? Listen, we all kind of want the same thing. What we fight about is how,” he said.

Nichols thanked Castellani and his family for their generous gifts to not just to CASA/Family Systems, but to similar service agencies across the state.

“Mr. Castellani acted on his calling from God to fight the injustices against child abuse and assault against women. We are privileged to stand here today with new opportunities and greater hope.

“I also wanted to thank each of you for gathering here today. You represent centers in our state who serve the network to fight against these horrific crimes. It takes tremendous dedication and fortitude to serve in such a demanding and emotional environment,” Nichols said.

CASA/Family Systems was chartered in July 1979 as Tri-County Citizens Against Sexual Assault.

The agency expanded its services in 1990. It changed its name and opened its own shelter for battered women and children in 1991, taking the beginning steps toward a more holistic service mission.

Various representatives from government, health, education and social service arenas on the local and state level were present at the drop-in and open house.

Members of the CASA/Family System’s 12-member board were also present, including longtime board member Jeannine Keys, who has served for more than 30 years.

“I have seen the progress that we have made. It’s been wonderful. We still have lots of great things that we have planned, but the community has been very much behind us, too,” Keys said.

“They do a lot for our community. Sometimes people don’t realize the importance of an agency like this,” he said. Wright mentioned the staff’s consistent work over the years despite challenges the economy can bring.

“Basically when a victim of sexual assault is taken to the hospital for collection of the (rape) kit, that kit is then transmitted to SLED (South Carolina Law Enforcement Division) to be tested. However, they aren’t all tested. And the length of time that it takes to test them in some cases has become an issue,” Hutto said.

“What the bill would do is set up a tracking system so that victims can log in individually and see where in the process their kit was. In that way, they don’t have to call law enforcement every day and ask, ‘Where is my kit?’ They can call and see where the status of it is in the process. So it really is to set in place a standardized tracking system on a statewide basis,” he said.

The bill passed through the House last year and is set to be considered by the Senate this year.

COLUMBIA – An Orangeburg Democrat and a Beaufort Republican say they’re working together to support the Equal Rights Amendment to the U.S. Con…

Officers and board members from CASA/Family Systems and the Silent Tears Foundation announced last week that Silent Tears is providing an $80,000 grant to the Orangeburg-based non-profit.