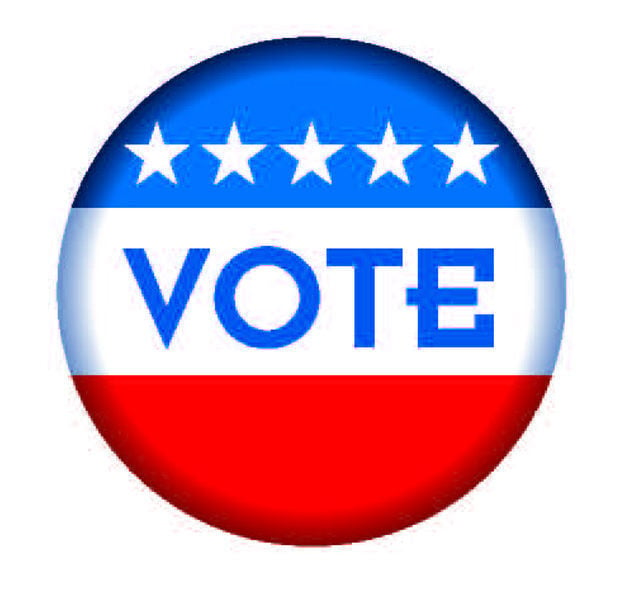 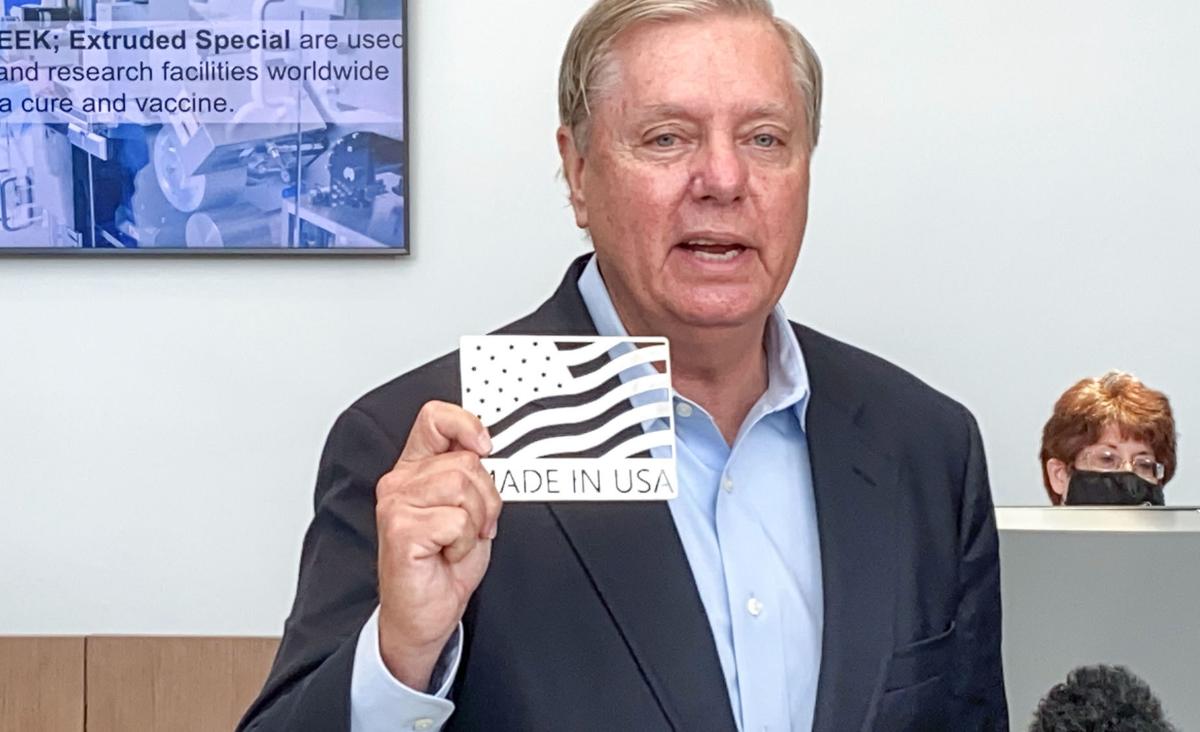 U.S. Sen. Lindsey Graham holds up a “Made in America” label on Aug. 13 following a tour of Zeus Industrial Products in Orangeburg. 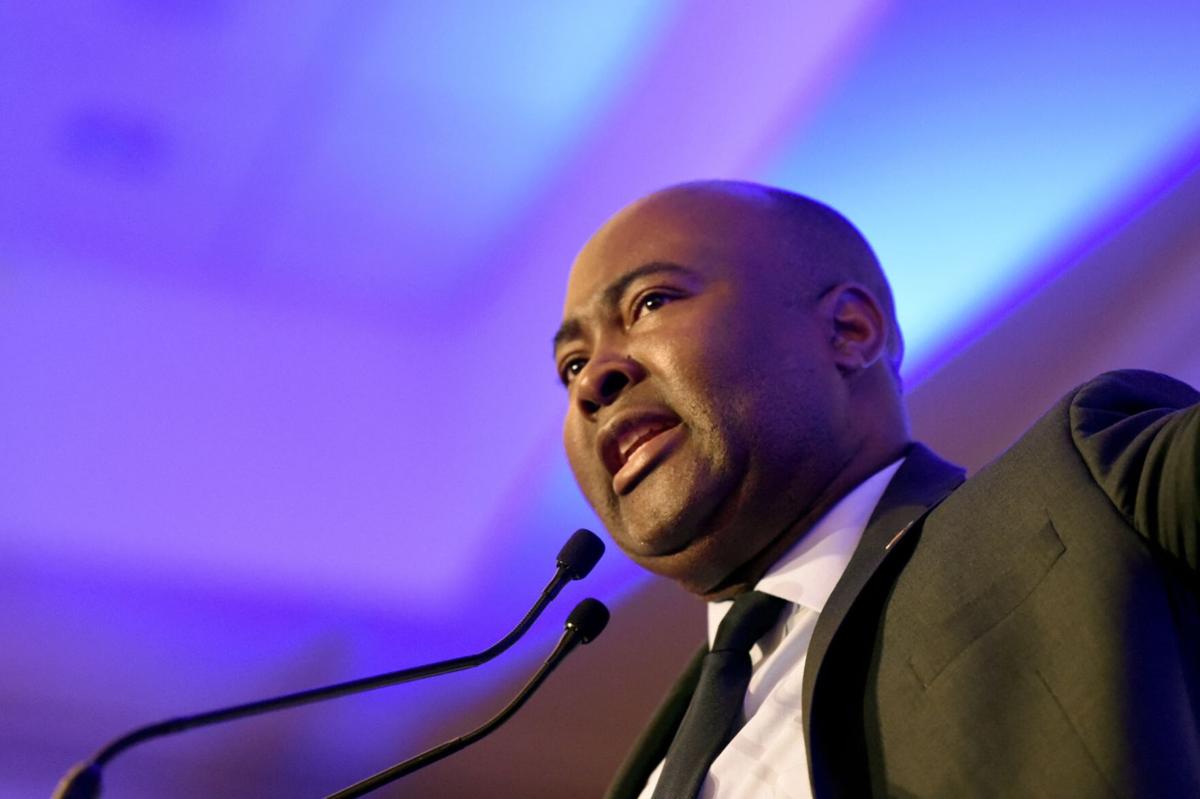 The Post and Courier of Charleston reported Friday that the debate will be sponsored by the newspaper, SC ETV and SC Public Radio.

The debate will be held at SC ETV’s Columbia studio. It will air statewide from 7 to 8 p.m. on SC ETV and SC Public Radio stations.

Graham, one of President Donald Trump’s closest allies, is facing stiff fight from Orangeburg native Harrison, a former state party leader, with polls showing them in a tight race in a state that leans Republican. Harrison has outraised Graham this year.

The Post and Courier also announced a debate between 1st Congressional District foes Democratic incumbent Joe Cunningham and Republican Nancy Mace will be held Sept. 28 at SC ETV’s Beaufort studio. Lovegrove and Jackson will be the moderators.

The debate will air statewide from 7 to 8 p.m. on SC ETV and SC Public Radio stations.

A 45-year-old man died after being shot in his Calhoun County home on Sunday night.

An Orangeburg County man is accused of sexually assaulting a minor, according to Sheriff Leroy Ravenell.

An 18-month-old Orangeburg boy was bitten by a copperhead snake Wednesday afternoon.

Two more men have been arrested in connection with separate shooting incidents that occurred last week, according to Orangeburg County Sheriff…

Witness: ‘The car went up in the air’; video from scene of Orangeburg crash

An Orangeburg woman says it was a good thing she was sitting down when she discovered she won $150,000.

A former Orangeburg County deputy has been sentenced to probation and community service for his role in an immigration scheme.

U.S. Sen. Lindsey Graham holds up a “Made in America” label on Aug. 13 following a tour of Zeus Industrial Products in Orangeburg.