The State Theater building, left, is located on Railroad Corner in Orangeburg. 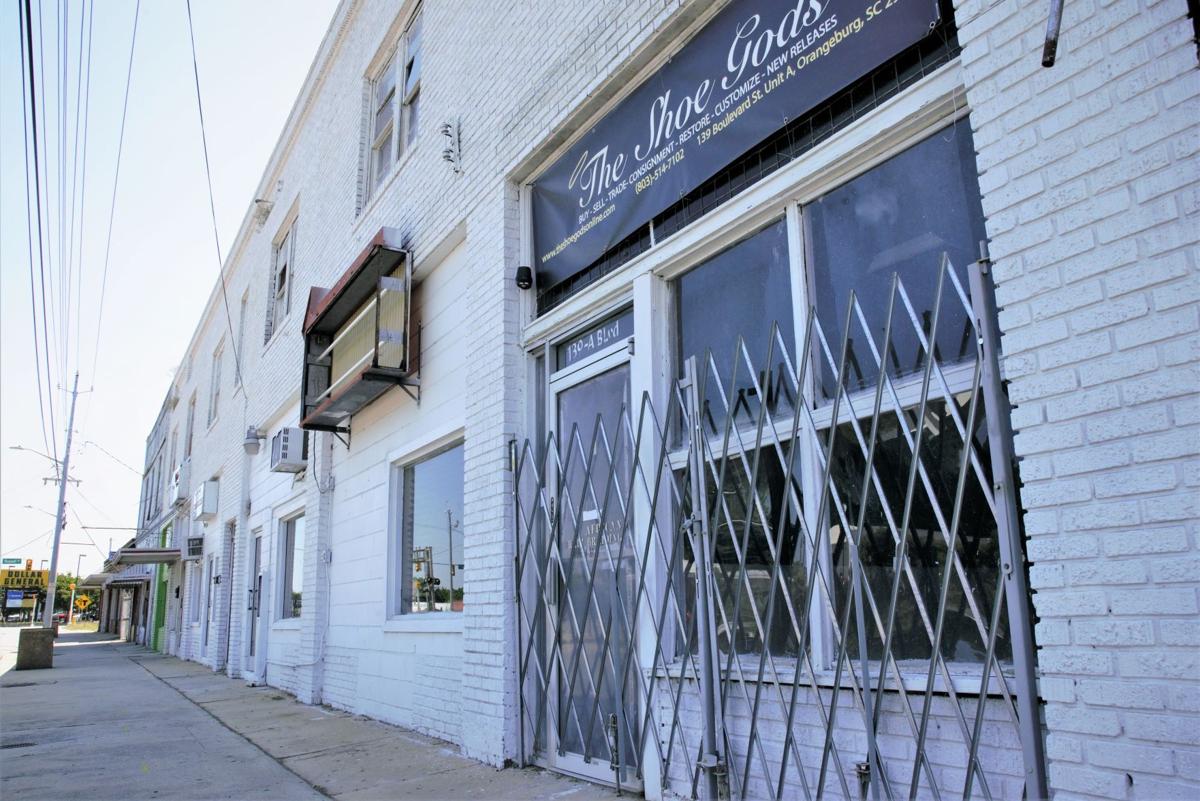 The City of Orangeburg is exploring ways to improve the area near Russell and Boulevard Streets known as Railroad Corner.

Public input is being received as the Railroad Corner improvement project moves toward site plans and conceptual designs.

The University of North Carolina Development Finance Initiative group provided an update to Orangeburg City Council, detailing what research has revealed and the next steps in the process.

To formulate plans for the business properties purchased by the city in the block at Russell and Boulevard streets, the city contracted with DFI. According to its website, DFI, “partners with communities on projects including revolving loan funds, master-planned developments, urban infill redevelopment, downtown revitalization and neighborhood redevelopment."

During Tuesday’s council meeting, DFI's Sonyia Turner told council about how the group conducts its research.

“When we’re brought into a project, we analyze and understand the area demographics, incomes, we want to understand age incomes, the economy. We try to understand trends in property values, trends in recent sales by looking at tax parcel data,” Turner said.

“We also look specifically at the site to understand the site constraints and what can fit on the site,” Turner said.

Extensive public engagement efforts are made, in partnership with the city.

“To date, we’re at the part in our analysis where we’ve examined the current conditions, we’ve looked at the market analysis," Turner said. "We’re just at the beginning of our site analysis where we’re understanding what can actually fit on the railroad corner."

The study area includes 320 total parcels and the total acreage is 118.6. Turner stated the total tax assessed value of the area is $36 million.

“There are a few factors that really build the case for a project at Railroad Corner,” Turner said.

“There’s the potential for university collaboration, there’s interest at local and state levels for the Railroad Corner development,” she added.

Turner also spoke on the public engagement aspect, which she said has been positive.

A large percentage of responses stated the revitalization of the area is important for the future of the city, and that the history of the area is also important, Turner revealed.

The most common suggestions were to preserve the existing State Theatre and to include a monument or museum detailing the history of the area, Turner said.

“Our goal is by the end of this summer, beginning of the fall at the latest, that we would have some site plans and conceptual designs, some images that we can share with the council, and also the community, to begin that process of, essentially, vision casting, and sharing this is what could potentially fit on the Railroad Corner site,” Turner said.

Currently, the project is in the site analysis and architect engagement phase.

Perkins & Will Architecture Firm was introduced to council as the company that will be performing the predevelopment site planning and conceptual design services.

“We have a keen interest sort of the cultural landscape and creating place around important cultural and historic stories,” Malcolm Davis of Perkins & Will said.

“We’re excited to be a part of this process. We applaud the city, actually, for engaging the DFI group in this way because it really serves to help supplant the effort, to help the city imagine and understand what could be,” Davis said.

Also during the meeting:

-Provide a catalytic mixed-use development that connects downtown to the universities and serves as a gateway to downtown.

-Respect the historical significance and context of the site and integrate this history into the development.

-Incorporate engaging street-level uses attractive for students and the community.

- Enhance walkability to increase pedestrian activity from the universities to Railroad Corner and along Russell Street.

One year on: Birth and death in a Beirut hospital

One year on: Birth and death in a Beirut hospital

The City of Orangeburg is targeting areas it considers blighted.

The State Theater building, left, is located on Railroad Corner in Orangeburg.

The City of Orangeburg is exploring ways to improve the area near Russell and Boulevard Streets known as Railroad Corner.