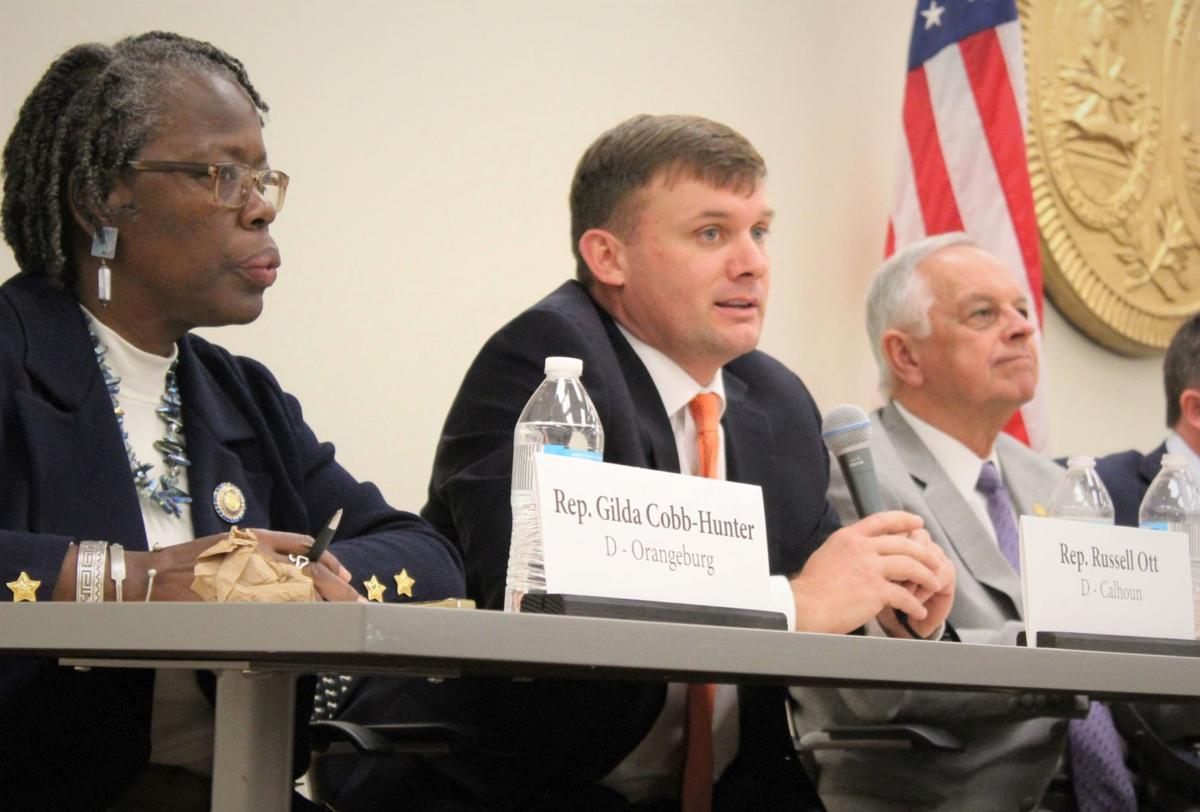 Rep. Gilda Cobb-Hunter, from left, and Rep. Russell Ott were among the lawmakers who discussed the issues facing South Carolina on Thursday during a workshop presented by the S.C. Press Association. 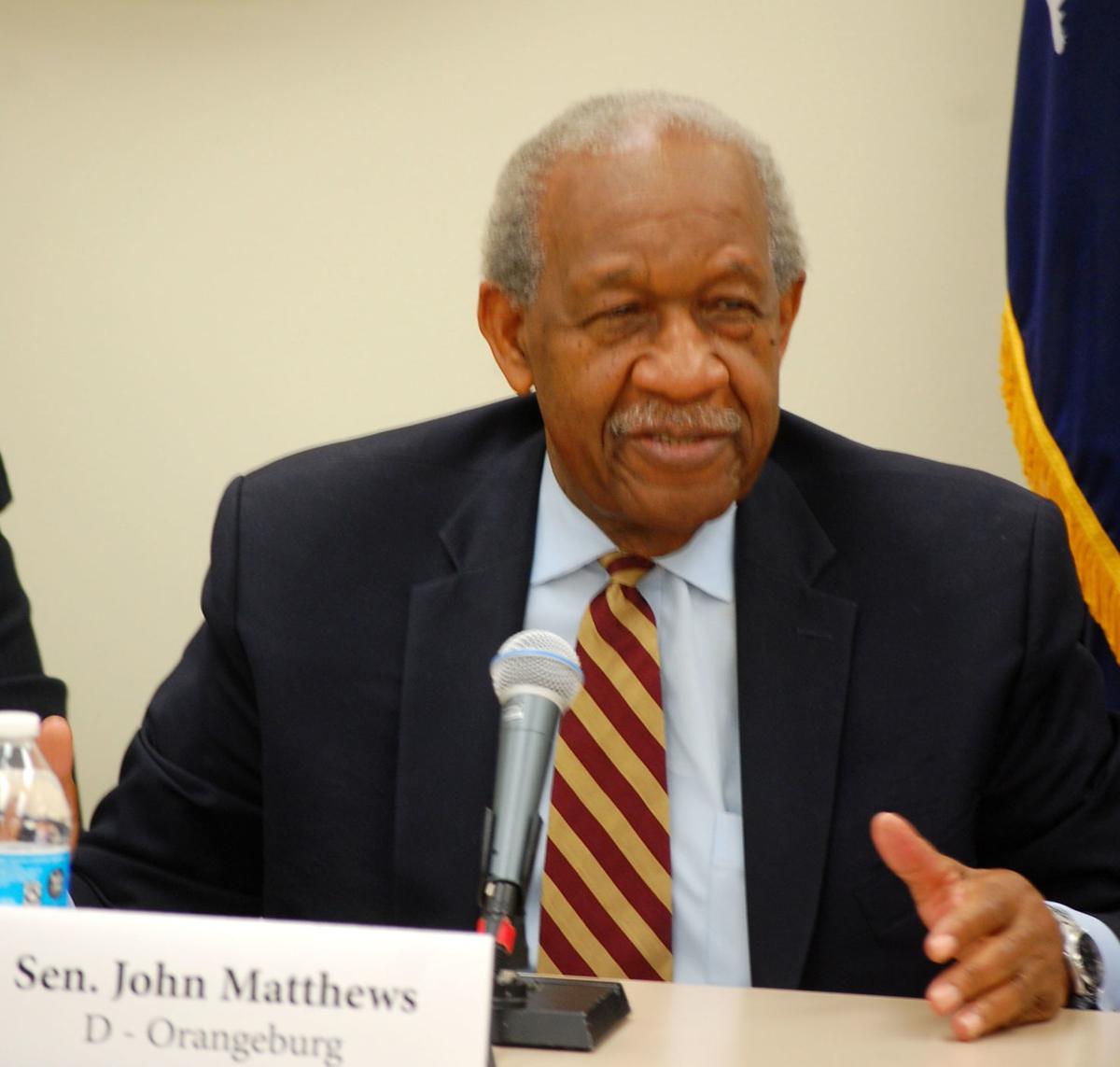 Rep. Gilda Cobb-Hunter, from left, and Rep. Russell Ott were among the lawmakers who discussed the issues facing South Carolina on Thursday during a workshop presented by the S.C. Press Association.

COLUMBIA – Local lawmakers hope the General Assembly will address education and other issues that divide rural and urban South Carolina.

They discussed the upcoming session last week during the S.C. Press Association’s 2020 Legislative Workshop on the Statehouse grounds.

Legislators agreed that education will be among the top issues discussed by the General Assembly.

“Public education and getting our kids ready for the rest of their lives and their future is the most important thing we can do as a body in the General Assembly,” said Rep. Russell Ott, D-St. Matthews.

“The only thing is you can’t look at it from averages. You can’t just say that we’ve got a teacher salary average of $50,000 so that’s not that bad. That means we’ve got some really highs and some really lows. If you look and try to do the exact same thing with classroom size, you’re going fall into that same trap,” Ott said.

Ott said there is a need to address the state’s education funding gaps.

“Why do we have these types of disproportionate numbers? It’s because we’ve got a screwed-up funding mechanism in the state of South Carolina that has ensured that in affluent areas across our state the school districts have enough money to get the best and the brightest teachers, they’re able to have enough money to get good classroom sizes, great facilities and the results are usually pretty good,” Ott said.

“But in other parts of the state that aren’t as affluent, that don’t have the tax base in place, we don’t have enough money to be able to pay our teachers to try and be attractive and competitive, and so we don’t have those things,” he said.

Ott said it is necessary to, “change the way we fund public education and we’re going to try to bring those districts and those counties up to the level of our most affluent. I believe that we do that through a statewide millage so that we don’t have to take away from our richer places across the state.”

“Until we look at it from that point of view, we’ll never get there. Sixty percent of the wealth is in 14 counties, and as long as you have that imbalance, we can’t get to the point that we want to get to,” Matthews said. South Carolina has 46 counties.

“It’s rural communities and inner cities that’s the drag, and so until we start looking at the two states that we have in the state, I don’t see how we can solve this problem based on just discussion,” Matthews said.

He also noted the challenge of generational poverty.

“It’s going to cost us much more to bring those kids up because it’s generational poverty that’s causing the problem,” Matthews said.

“When we talk about broadband and access to broadband, we’ve got to add into that the urgency of making sure the broadband is adequate because we’re talking 5G and in some parts of South Carolina there are communities that don’t even have 2G or 3G,” Cobb-Hunter.

“The conversation can’t just be about broadband, but it has to be about access to high-speed internet, the best that is out there,” she said.

Cobb-Hunter also said a conversation should be had about infrastructure, school buildings and facilities.

She said it is quite different if you are in a classroom that was built in the 50s trying to learn and trying to teach.

“For rural communities, it is important to talk about where the children are learning and the kinds of facilities,” Cobb-Hunter said.

Legislators discussed issues regarding health care in the state, particularly telehealth and telemedicine.

Cobb-Hunter and Ott noted that many of their rural constituents don’t have access to telehealth due to a lack of broadband services.

“We can’t forget that a lot of places in South Carolina don’t have access to broadband. And because I’ve been around here long enough, some of you may remember we, some years ago, had an opportunity back when ETV owned all of that spectrum and the state made the choice to sell it in spite of some voices like mine and others who encouraged us to not sell it but to understand the value,” Cobb-Hunter said.

“It just kind of makes me sad that we are here in 2020 – the first year of the second decade – and we have problems that could have been solved way back when if we had a bit more courage and vision,” Cobb-Hunter said.

“We have a graying population. South Carolina has become one of the fastest-growing states for retirees. When you add retirees to the existing population, it really brings home the point that we’ve got to focus and zero in, not just on respite care, but in particular people suffering from Alzheimer’s and dementia,” Cobb-Hunter said.

Ott said while telemedicine is the wave of the future, transportation to health care is still a concern in rural South Carolina.

“In the rural parts of South Carolina, transportation is a major, major issue,” he said. “You’ve got people that are having to plan their entire weeks around waiting on a ride to get to see their doctor whether it’s for dialysis or whatever it may be that they have to go in.

“My concern is that we become more reliant on telemedicine that we’re going to let things like transportation issues slip through the cracks.”

Cobb-Hunter and Ott also discussed their priorities heading into the legislative session.

“My priorities this year, quite frankly, are going to be issues that impact the economic well-being of my constituents. So I am focusing on state employee pay. I am filing a bill Tuesday which will require us to implement the salary study that was done several years ago. I am very much interested in economic development and have been working on some of those kinds of projects,” Cobb-Hunter stated.

“And then the ratification of the Equal Rights Amendment. That’s important to a whole lot of folks, and that’s important to me. And then the other one is this whole notion of fair maps, and that deals with redistricting and gerrymandering. A lot of the problems we have in South Carolina – issues of equity, the haves and have nots – in my opinion, is based on the representation statewide. What I am proposing and have filed is a way we draw legislative districts. It will take the politicians out and let the citizens make that decision. I think it is way past time when we allow the people rather than the politicians to pick the voters. Let voters pick their politician as opposed to politicians picking the voters, which is what we have now, in my view,” Cobb-Hunter stated.

Ott’s priorities will be education and the potential sale of Santee Cooper.

“Public education is definitely going to be my priority -- continuing to try to fight for our teachers to make sure we get them to a place where they need to be so that we can stem the tide of losing teachers in the profession, and that we can start to attract and entice other people to come into the profession,” Ott said.

“But, public education is certainly my priority right along with Santee Cooper and trying to make the best decision possible for our state moving forward on whether we keep Santee Cooper or we sell it to an industry-owned utility,” he said.

DID YOU SEE? Lawmakers call for Santee Cooper to go 100% clean energy