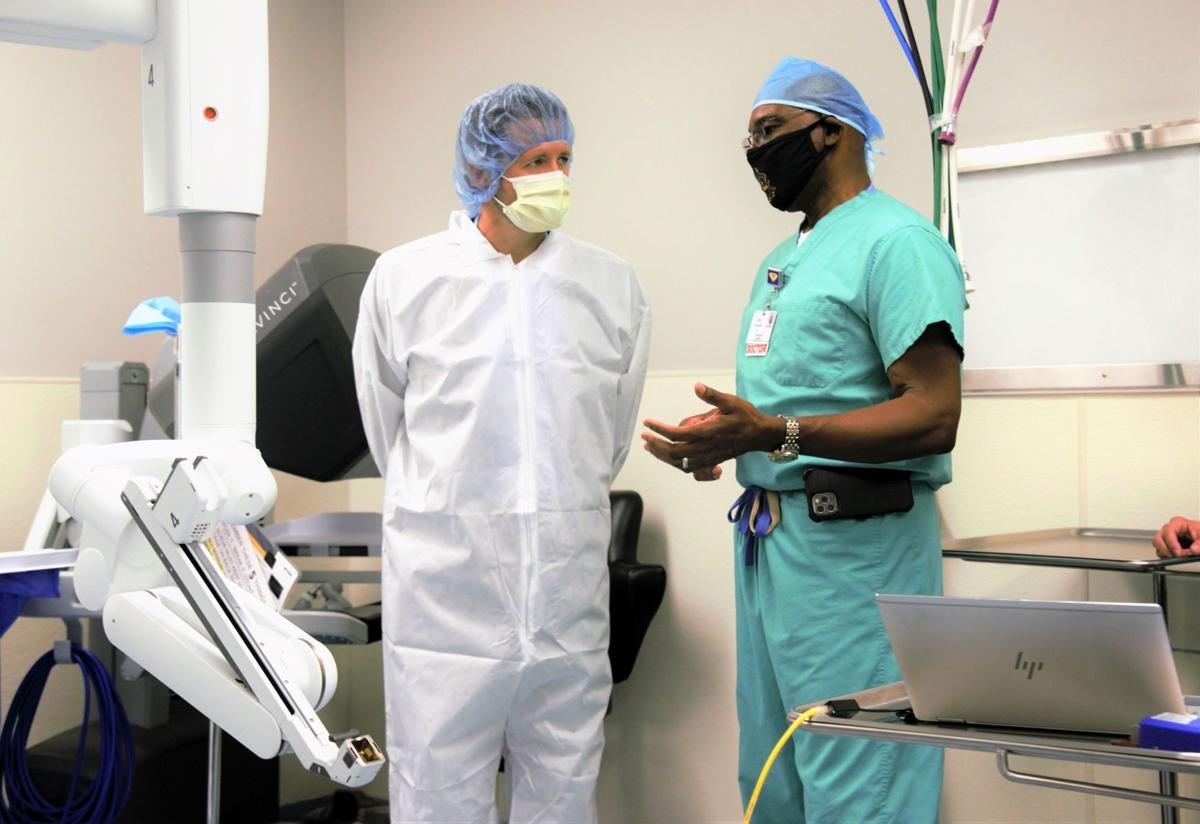 Former congressman Joe Cunningham gets a tour of an operating room at the Regional Medical Center from Dr. Bruce Williams.  Cunningham, a Democrat, is running for governor. 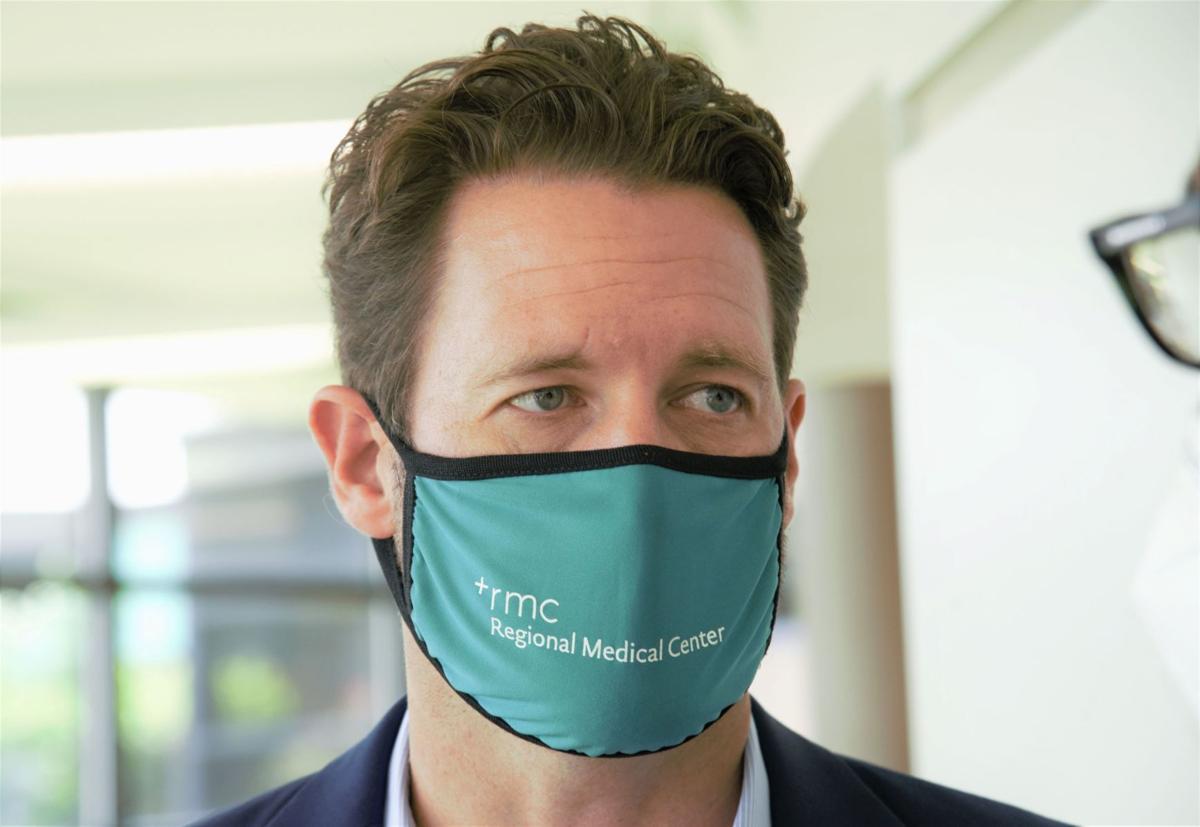 Gubernatorial candidate Joe Cunningham visited the Regional Medical Center on Thursday to discuss Medicaid expansion and rural health care. The stop was a part of the former congressman’s 46-county tour.

The Democrat said he supports expanding Medicaid, saying it would be a morally correct decision.

“It’d be a game-changer, and that’s why dozens of states have already done it, and this shouldn’t be a partisan issue. First of all, it’s the moral thing to do. Providing health care to 200,000 South Carolinians is something we should be doing, and the fact that we haven’t done that highlights the failures of leadership,” Cunningham said.

South Carolina is one of 12 states that haven’t expanded Medicaid to provide health insurance to more low-income residents.

“We saw another 10% of people who are self-pay who, more than likely, would come into that category of expanding Medicaid. Statewide, it would create 40,000 new jobs, inject millions of dollars into our economy. It’s a game-changer and, as governor, that’d be the first thing I’d do,” Cunningham said.

“The communities of color are the ones disproportionately impacted by rural hospitals closing down. Some places have turned more to telehealth services, which are good, but they’re only as good as the reliable Wi-Fi that exists in those communities, and a lot of parts in our state, they don’t have Wi-Fi, they don’t have hospitals, and these are the building blocks of society,” Cunningham said.

“Having people healthy, and having people educated. Education and health are should be the basic metrics in which we can compare states, and South Carolina has been falling behind. We’re at the bottom of those lists, time and time again, and I believe it’s because of the failed leadership,” Cunningham said.

Cunningham said, “We’ve got somebody in charge who’s been in politics longer than I’ve been alive and where’s the guidance?

“We’ve got rural hospitals closing, we’ve got people going bankrupt because of health care, you’ve got the federal government offering to pick up the tab of 95% of Medicaid expansion, but he still turned his back on that,” Cunningham said.

“So, that’s somebody who’s from the past, a governor of the past, and we’re looking to bring South Carolina to the future,” Cunningham said.

If South Carolina expanded Medicaid, the federal government would pay 95% of the state’s total Medicaid expenses for two years instead of the 70% it currently pays, according to the Associated Press. McMaster, a Republican, has said the state would experience long-term losses as the federal help is reduced.

Cunningham said the facilities and technology at RMC are impressive.

“The mobile unit, it goes into the community, it goes to where people are, and we’ve seen as a result of COVID-19, and even before, people may be reluctant or hesitant to go into a hospital or seek medical care. And sometimes you have to go to them, and I think that’s one of the purposes of the medical unit,” Cunningham said.

“The Da Vinci machine is an incredible piece of technology that’s being used and saving money, as well. The fact that somebody’s able to have a hysterectomy and be out of the hospital the same day saves us a lot of money because it’s more efficient, makes it safer. So, really interesting, cutting-edge stuff,” Cunningham said.

Cunningham said the hospital can be an example of how rural health care can be provided.

“These are all things we’ve been talking about along the campaign trail as we do our 46-county tour. Understanding the differences that may exist from county to county, but also there’s a common thread here, as well. And one of those is that our rural health care has been lacking, but there are certain hospitals and practices that are leading the way, and I think this is one of them,” Cunningham said.

NASA and SpaceX count down to Halloween launch

NASA and SpaceX count down to Halloween launch

BOWMAN – When it rains, it pours. In the town of Bowman, it also floods.

Former congressman Joe Cunningham gets a tour of an operating room at the Regional Medical Center from Dr. Bruce Williams.  Cunningham, a Democrat, is running for governor.