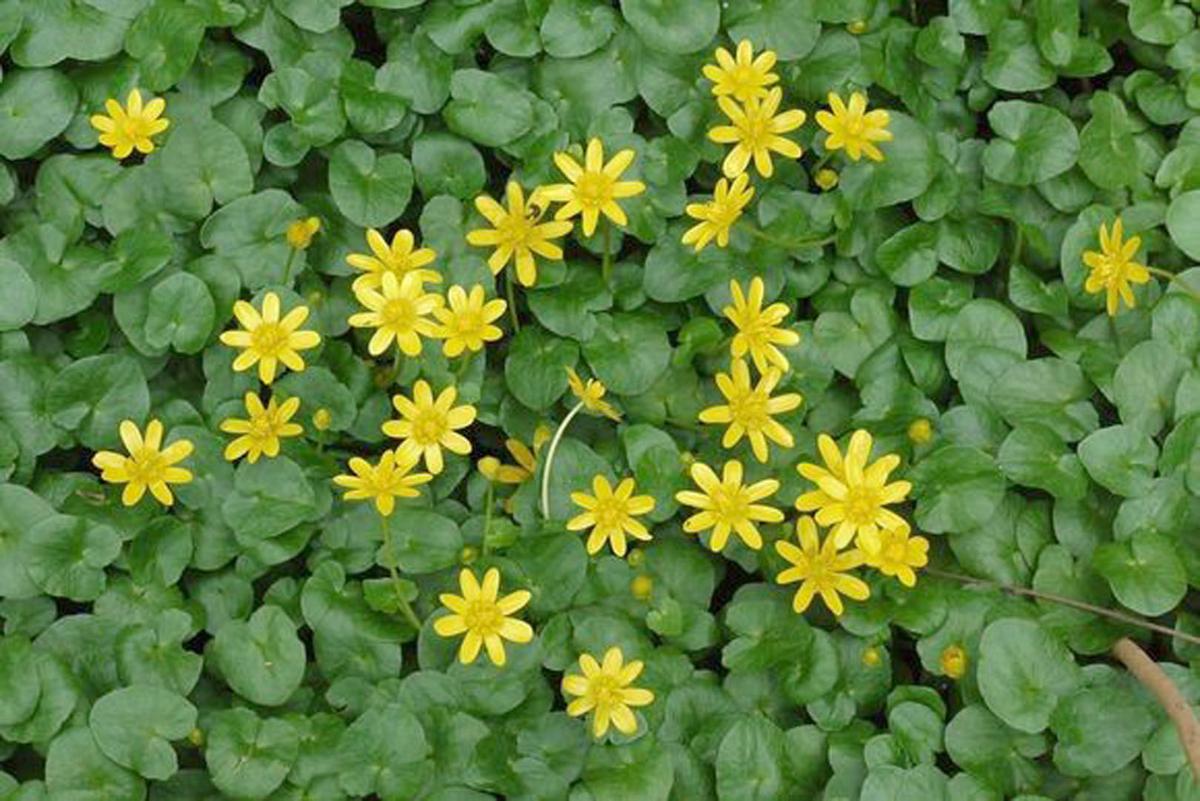 Fig buttercup can be distinguished from its native cousins by its lizard-like skin. Also, its flower doesn’t show the traditional "cup" that gives the buttercup its name. 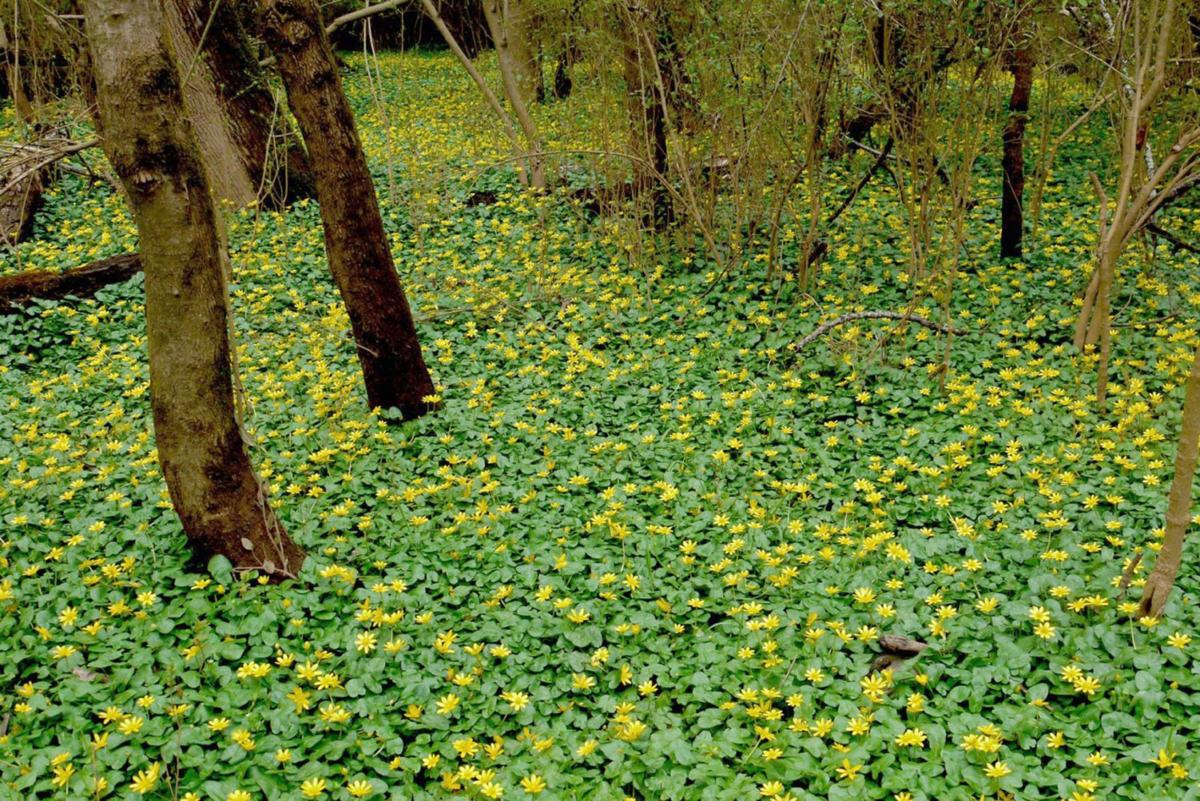 A large stand of the invasive fig buttercup will crowd out native plants and destroy valuable habitat for wildlife and pollinators.

Surveys conducted by the Department of Plant Industry at Clemson University, a state regulatory agency charged with protecting South Carolina from foreign plant predators, show that colonies of fig buttercup have established themselves along tributaries of the Reedy River in Greenville and the Catawba River in Rock Hill.

Also known by its scientific name Ficaria verna as well as a string of aliases like “lesser celandine” and “pilewort,” the flowers of this invasive species bear the sweet smiles of its buttercup cousins.

But fig buttercup is a bully that will do its best to crowd out all other plants in its chosen territory, establishing a monoculture that can damage or even destroy nature’s natural ability to prevent erosion and to provide food and shelter for wildlife, especially bees and other pollinators.

“This is a bad plant,” said Sherry Aultman, who knows. She’s the DPI manager for invasive species and one of the state’s detectives for trespassing species like this one. “It has become a more aggressive pest in our state and is now regulated by law,” meaning it can’t be sold or moved.

“That’s why we’re reaching out and trying to teach people in affected areas to recognize it and report it,” she said. “We want to stop it in its tracks and with assistance from the South Carolina Native Plant Society do what we can to eliminate it.”

Now is the time to find it. Fig buttercup is about to give itself away. Its annual March bloom will last only about six weeks. But in that period it will have no place to hide.

“The first time we saw it from the boardwalk in Conestee Nature Park in Greenville, as far as we could see it was yellow flowers. It was everywhere,” Aultman said. “Just solid masses of carpet where nothing else could grow.”

The rest of the year it goes into hiding, making it what scientists call an “ephemeral perennial,” which is technical talk for a plant that goes through its above-ground life cycle for just a short season.

Two recognizable differences set it apart from the native buttercups that belong here.

“The underside of the leaf looks like lizard skin,” Aultman said. “Our native buttercup has veins, but it doesn’t look reptilian like this one. Also, fig buttercup’s flower doesn’t show the traditional ‘cup’ that gives the buttercup its name.”

Members of the Upstate chapter of the Native Plant Society are already helping to scout for it. It has been found along Greenville’s Reedy and in Rock Hill along Little and Big Dutchman creeks.

Aultman welcomes additional pairs of eyes in the Greenville and Rock Hill areas. But because it looks so much like other native species, such as the marsh marigold, Aultman usually recommends residents not to try to remove it on their own.

Suspected cases can be reported online at invasives@clemson.edu or by calling DPI at 864-646-2140.

Hoops for a day

T&D readers this morning will find a different look on Page B6, the weekly page devoted to farming. On this Monday when the nation focuses on college basketball brackets, farmers and everyone else can make their NCAA Tournament picks with B6 as a guide. Next Monday, it's back to agriculture.

The world’s largest thistle may be located in Orangeburg County.

CLEMSON — Just as the weather warms, they pop their ugly heads out of hiding. But thank goodness they do, because now is the best time to find…

CLEMSON — With feral hogs destroying property, threatening endangered species and hindering conservation efforts on a massive military base in…

COLUMBIA — South Carolina has documented its first black-and-white tegu lizard, a species popular in the pet trade, in Lexington. A SCDNR soci…

Fig buttercup can be distinguished from its native cousins by its lizard-like skin. Also, its flower doesn’t show the traditional "cup" that gives the buttercup its name.

A large stand of the invasive fig buttercup will crowd out native plants and destroy valuable habitat for wildlife and pollinators.