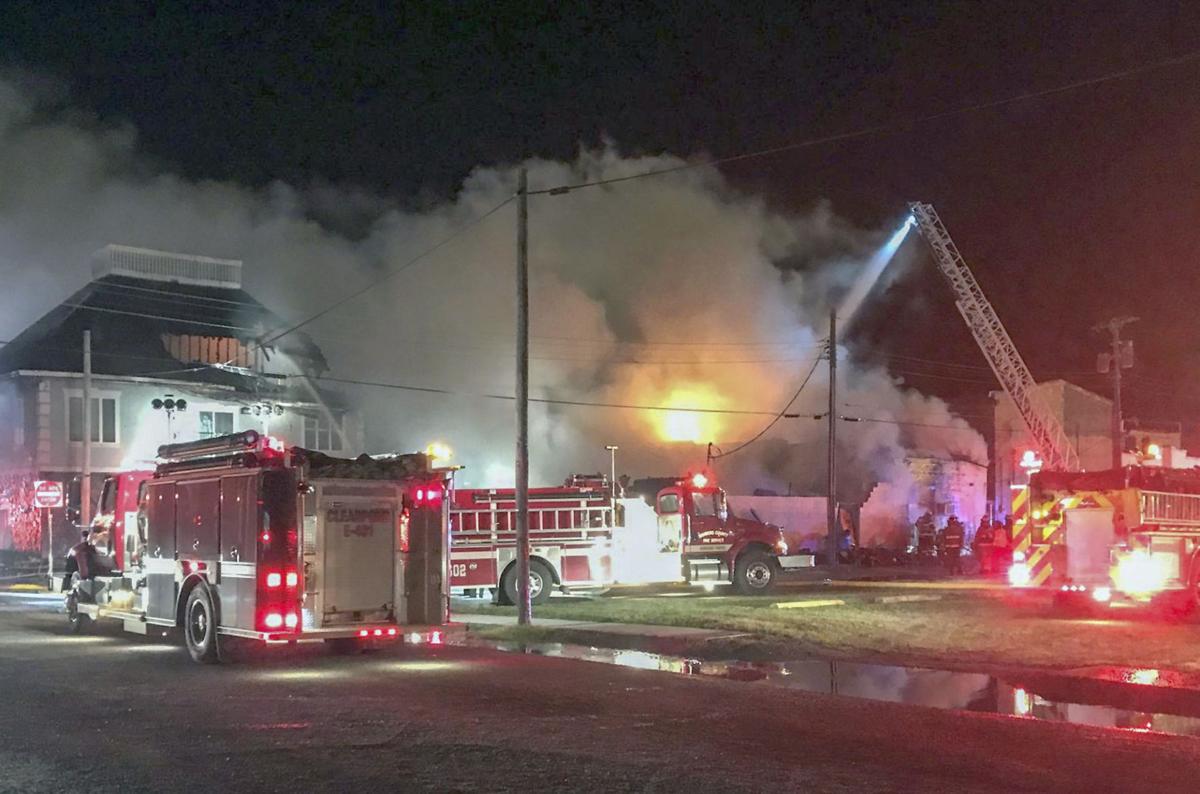 Firefighters from Bamberg and Orangeburg counties converged on downtown Bamberg on Tuesday night to prevent a fire from spreading. Four buildings were damaged. 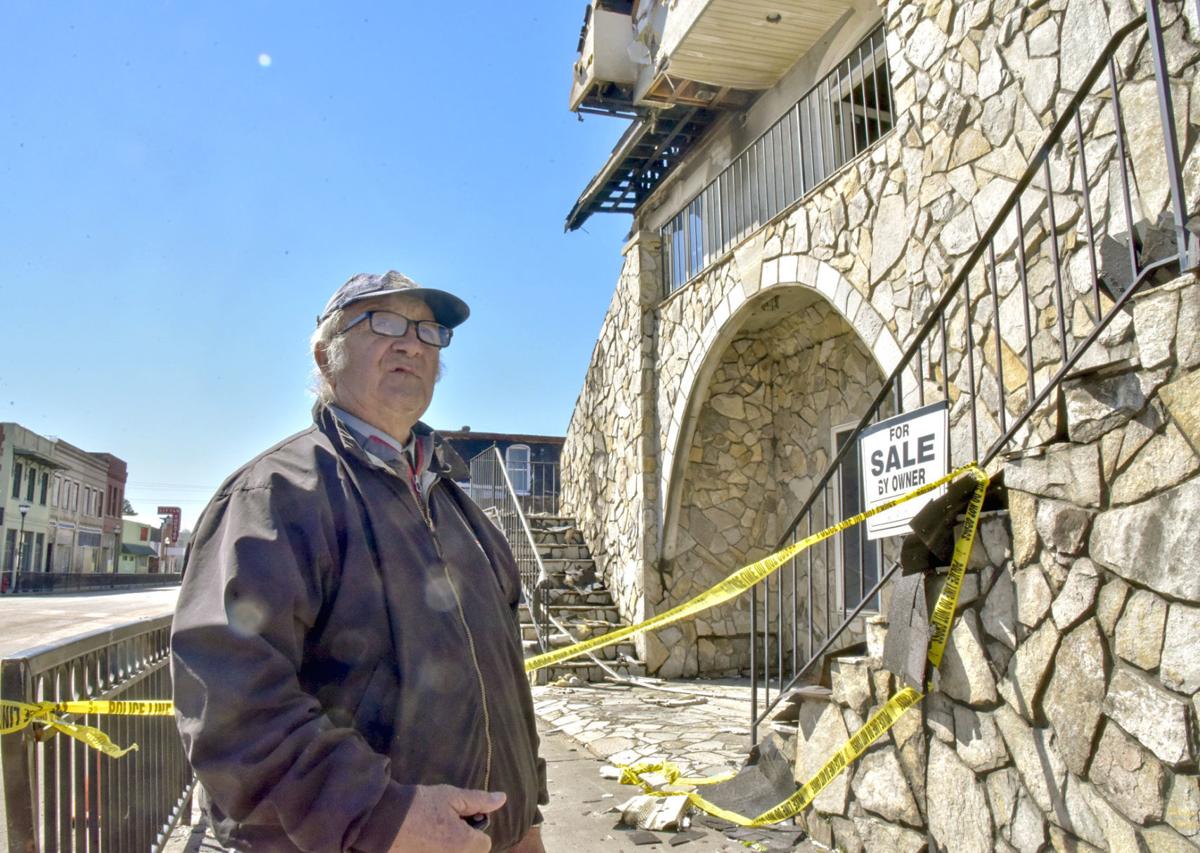 Steven Leninski is the owner of four downtown Bamberg buildings that were damaged by fire on Tuesday.

BAMBERG — Vermont native Steven Leninski first came to Bamberg in 2005 and fell in love with the buildings downtown.

As a lover of antiques and history, Leninski purchased a number of buildings on Main Street with plans to revitalize the structures and bring business back.

On Wednesday, Leninski walked through the rubble of three of his buildings and walked within another that was partially destroyed in a fire Tuesday night.

"I love this building," Leninski said as he walked by the former Tobul Accumulators headquarters. The building is at the corner of Main Street and Short Street.

Fumbling for his keys to open the door to the now water-logged and fire-damaged building, Leninski wanted to see how many of his antiques survived the fire. The antiques are mostly furniture, with some items dating as far back as the 18th century.

"See this stuff here," Leninski said, pointing to what appeared to be a dresser in the damp and dark building. "It is very expensive stuff. It is very old."

Leninski knows his antiques. He pointed in the darkness to some Chippendale chairs.

"A lot of this will be ruined," he said. "I had hundreds of thousands of dollars in there gone.

“That is it. Gone forever. It is burned."

In another room of the building, Leninski pointed out a vault from the former bank which occupied the building.

Leninski says he is not sure exactly how much has been lost, but he estimates the total to be an “easy” $300,000, and that would be on the low end.

Leninski purchased the buildings -- some for as much as $45,000 - about four to five years ago with visions of bringing them back to their former glory. They weren’t in use except for storage.

He was at home sleeping when some friends came over to wake him and tell him of the fire.

“I came running up here,” Leninski said. He stayed at the scene until 1 a.m.

A backhoe was at the scene on Wednesday.

An exhausted Bamberg Fire Chief Timmie Taylor, who spent much of the night at the fire, said the backhoe was sifting through the rubble in search of clues to what caused the blaze.

"It is under investigation," Taylor said. "That is what they are trying to do: a determination where exactly and what."

The fire call came in shortly before 10 p.m. Tuesday.

Leninski believes the fire was suspicious.

"There was no electricity," he said.

No injuries were reported in the fire. At least one building collapsed and firefighters tore down another building to keep the flames from spreading.

Crews were on the scene until 4:32 a.m. Wednesday morning.

Firefighters converged on downtown Bamberg on Tuesday night to prevent a fire from spreading to additional downtown buildings.

BAMBERG -- A Bamberg man is accused of starting the downtown fire that burned four buildings.

The State Law Enforcement Division confirmed Thursday night that officials are on their way to Bamberg following the report of a shooting incident.

Firefighters from Bamberg and Orangeburg counties converged on downtown Bamberg on Tuesday night to prevent a fire from spreading. Four buildings were damaged.

Steven Leninski is the owner of four downtown Bamberg buildings that were damaged by fire on Tuesday.