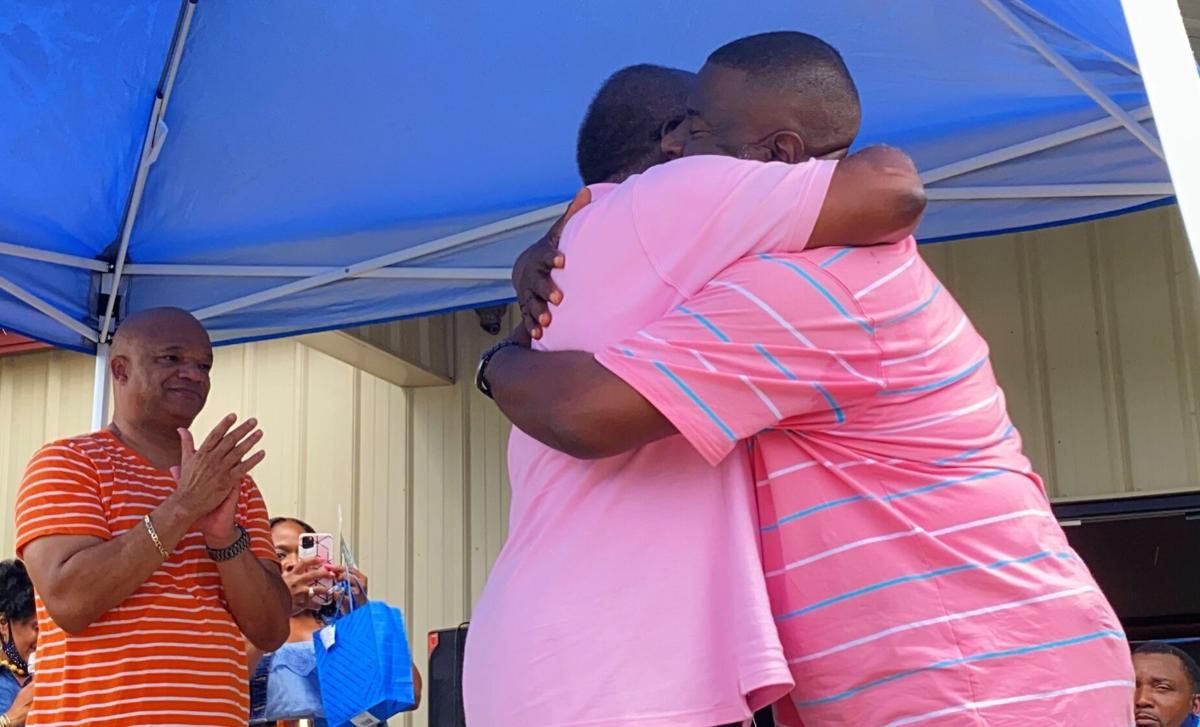 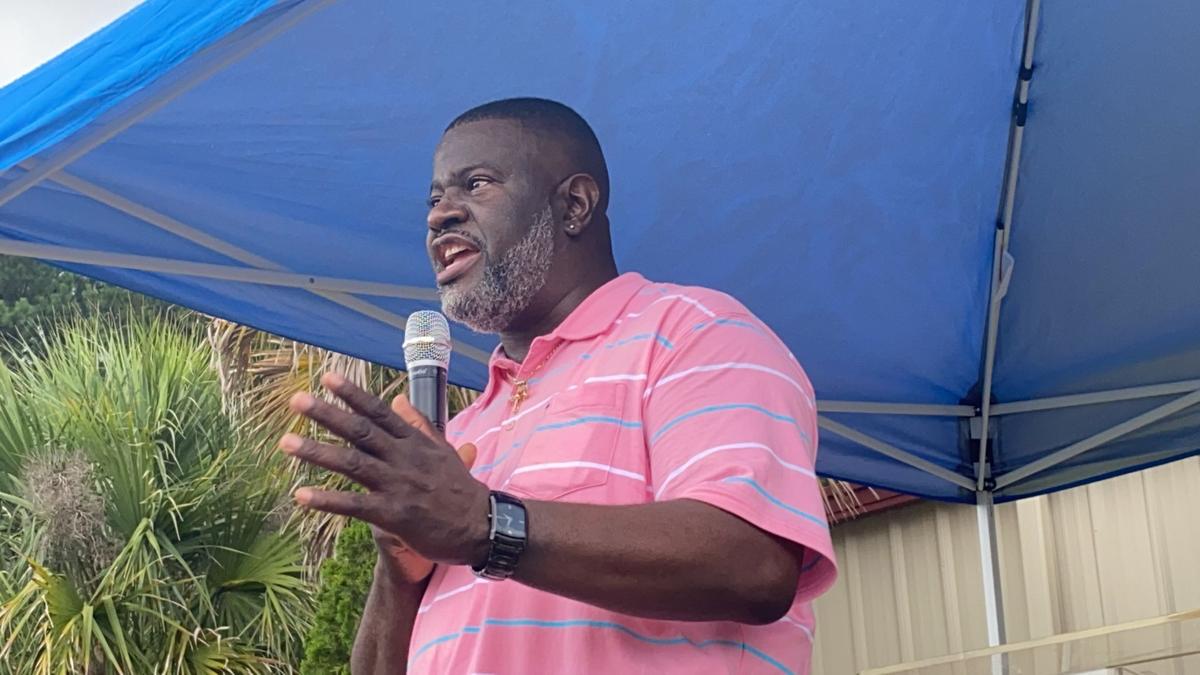 “Nov. 22, I remember going to the hospital. A few days after that, I made some phone calls to my mom, my loved ones and fellow officers and, after that, I don’t remember nothing until I woke up Jan. 2, 2021,” Ladson said.

Ladson gave credit to Jesus for healing him from COVID-19.

“You just can’t beat him. He’s never lost a fight and never will,” he said.

Ladson got up early Saturday morning to write what he wanted to say at an event held in his honor, called “Welcome Back, Dexter.”

Ladson doesn’t remember everything from his 75-day hospital stay. He was on a ventilator for 30 of those days.

“I remember when I came through Jan. 2, I had some doctors standing on the left of me. I was hooked up to these machines. All I could move were my eyes. Just my eyes,” he said.

A doctor looked at him and said, “Son, do you know where you’re at?”

Ladson explained that because he had a tracheotomy, he couldn’t talk.

The doctor picked up one of Ladson’s hands and put it over the valve of the tracheotomy so he could talk.

The doctor asked him again, “Do you know where you’re at, son?”

The doctor asked him, “Do you know how long you’ve been in here?”

Ladson said all he could do was lay in the hospital bed, rolling his eyes from one side to the next, “praying, thanking God” that he was still here.

“I was still amongst the living,” he added.

Ladson said from that day forward, he began talking to Jesus every day and all day.

He developed a large pressure sore on his backside as a result of the extended hospital stay.

After he got home from the hospital, he’d visit the wound center regularly for treatment.

Within three months, the 10-centimeter sore healed completely, he said.

“It’s not there. The scar’s there, but the wound is gone. It’s closed,” he said.

Ladson told the crowd, “I sat back on God long enough.”

“God has blessed me. God has brought me out of things. When I should’ve been testifying to the glory of him, I sat on it. Sat on it,” he said.

“But I want to tell you something, I ain’t sitting on this,” he said.

“God is good. Good is great. Words just can’t explain how I feel about that man,” he added.

Because of his time in the hospital, Ladson wasn’t able to attend the swearing in ceremony for his peers in early January.

On Saturday, Orangeburg County Sheriff Leroy Ravenell administered the oath to him on the lawn of The Shepherd Outreach Ministries, located on Pineland Street, in Vance.

The Rev. Jerome Anderson, of Unity Community Fellowship in Orangeburg, preached a message about God working as a provider in difficult times.

Orangeburg County Clerk of Court the Rev. Winnifa B. Clark, pastor of The Shepherd Outreach Ministries, told the crowd that she felt called by God to help host Saturday’s event to honor Ladson.

Ladson said he hopes to resume working at the sheriff’s office soon.

A St. Matthews nurse is accused of sneaking marijuana and rolling papers into prison inside highlighters.

A 48-year-old Bamberg man is accused of holding his wife against her will and threatening her with a firearm, according to an incident report.

Man shot in hip in Orangeburg