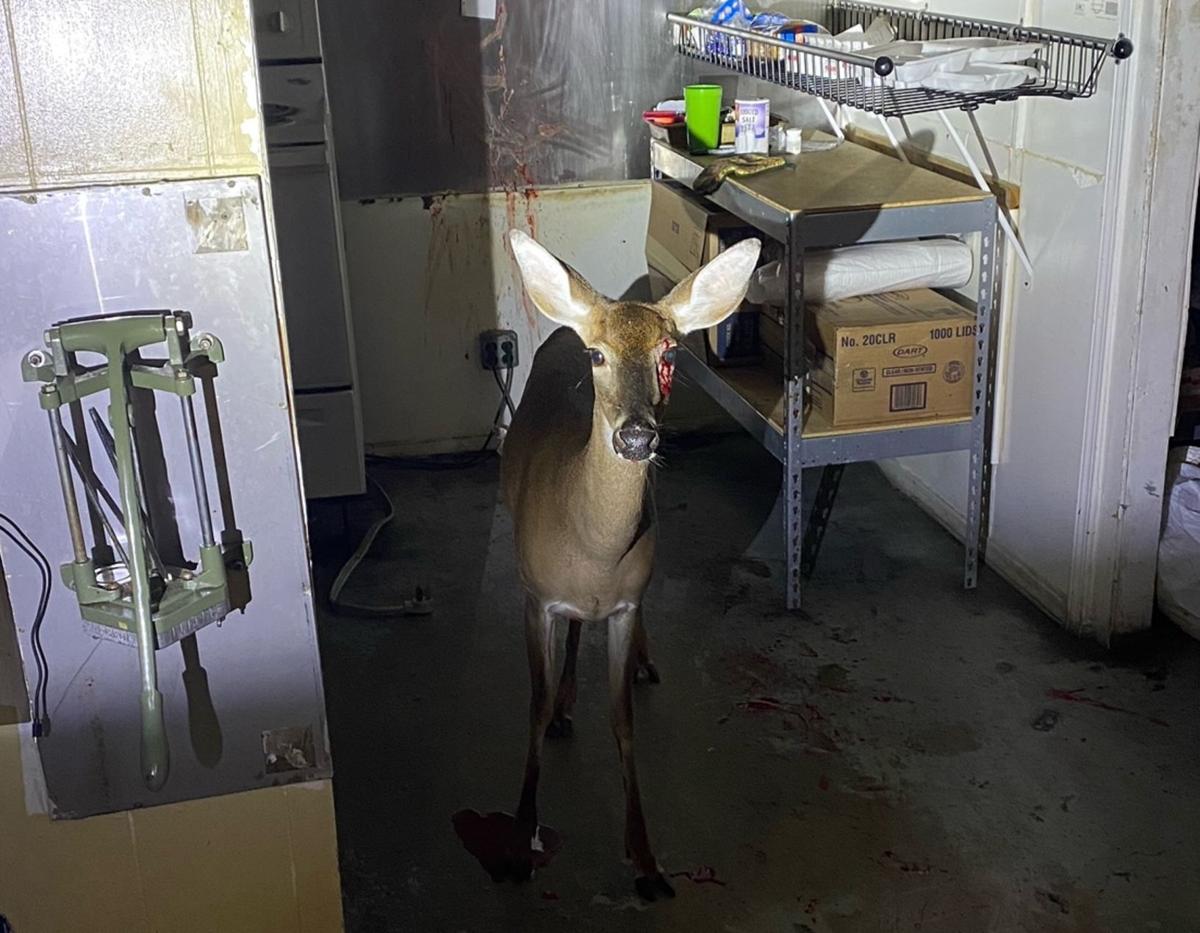 A deer crashed into Sequoyah’s Cafe in Holly Hill on Monday and ran straight for the kitchen. It later escaped. 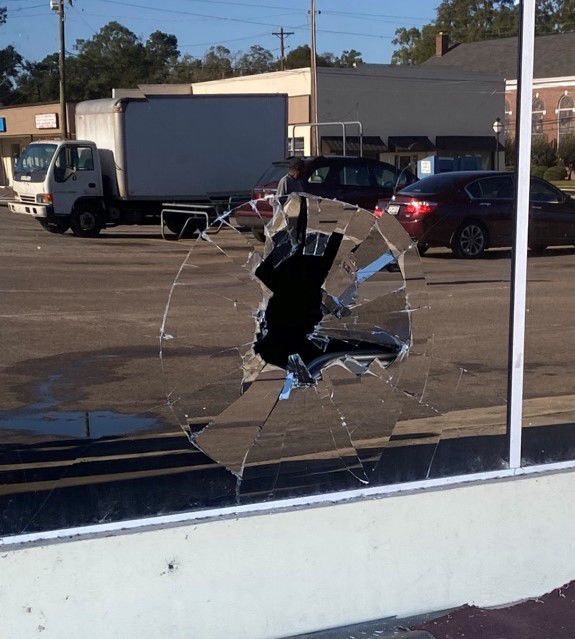 The deer smashed through the mirrored window at Sequoyah’s Cafe.

A deer had broken through the front mirrored window of her daughter's restaurant – Sequoyah's Cafe at 8512 Old State Road – and headed straight to the restaurant's kitchen.

"They told me the deer broke through the glass," Glenn said.

When she went into the restaurant, there was blood everywhere and the deer was still inside.

The deer fled through the restaurant's front door and left the scene.

The restaurant was closed when the deer crashed inside. No other damage reported.

It was the first time in the restaurant's three years since opening that a deer decided to visit, Glenn said.

"Some have said your food is so good the deer jumped through the window,” she said.

The restaurant, which is traditionally open Thursdays through Sundays, will reopen as scheduled on Thursday. The restaurant is open from 11 a.m. to 5 p.m.

It is not the first time a deer has run into a Holly Hill business.

About 13 years ago, a doe crashed into Shuler-Marshall Funeral Home and died at the scene.

Meanwhile, a dead deer was found in the yard of a Broughton Street home in Orangeburg on Monday morning.

It appears the deer was crossing Broughton Street in the early morning hours when it was struck by a vehicle.

“Breeding activity, which takes place primarily in October and November, results in increased activity and sometimes aggression from bucks as their testosterone levels are at the highest point of the year," Lucas said.

The most likely time people will come across a deer is around dusk or dawn.

"It would be unusual to see wild deer get very close to people any time of the year, though deer are highly adaptable, and in some suburban – and even urban – environments can become very habituated to people," Lucas said.

If individuals come across a deer, they are encouraged to leave it alone and not approach or try to get close to it, Lucas said.

An Orangeburg man who admitted he sexually touched a girl is now serving a 12-year prison sentence.

An Orangeburg teen has admitted to killing a person last year.

A Jamison firefighter was injured Thursday when the tanker he was driving overturned, according to Orangeburg County Fire District Coordinator…

With the consumption needs of an increasing world population putting greater stresses on environmental sustainability, there is a challenge of…

A 13-year-old male is suspected of shooting a man in the chest on Goff Avenue in Orangeburg on Monday morning, according to the Orangeburg Cou…

A deer crashed into Sequoyah’s Cafe in Holly Hill on Monday and ran straight for the kitchen. It later escaped.

The deer smashed through the mirrored window at Sequoyah’s Cafe.