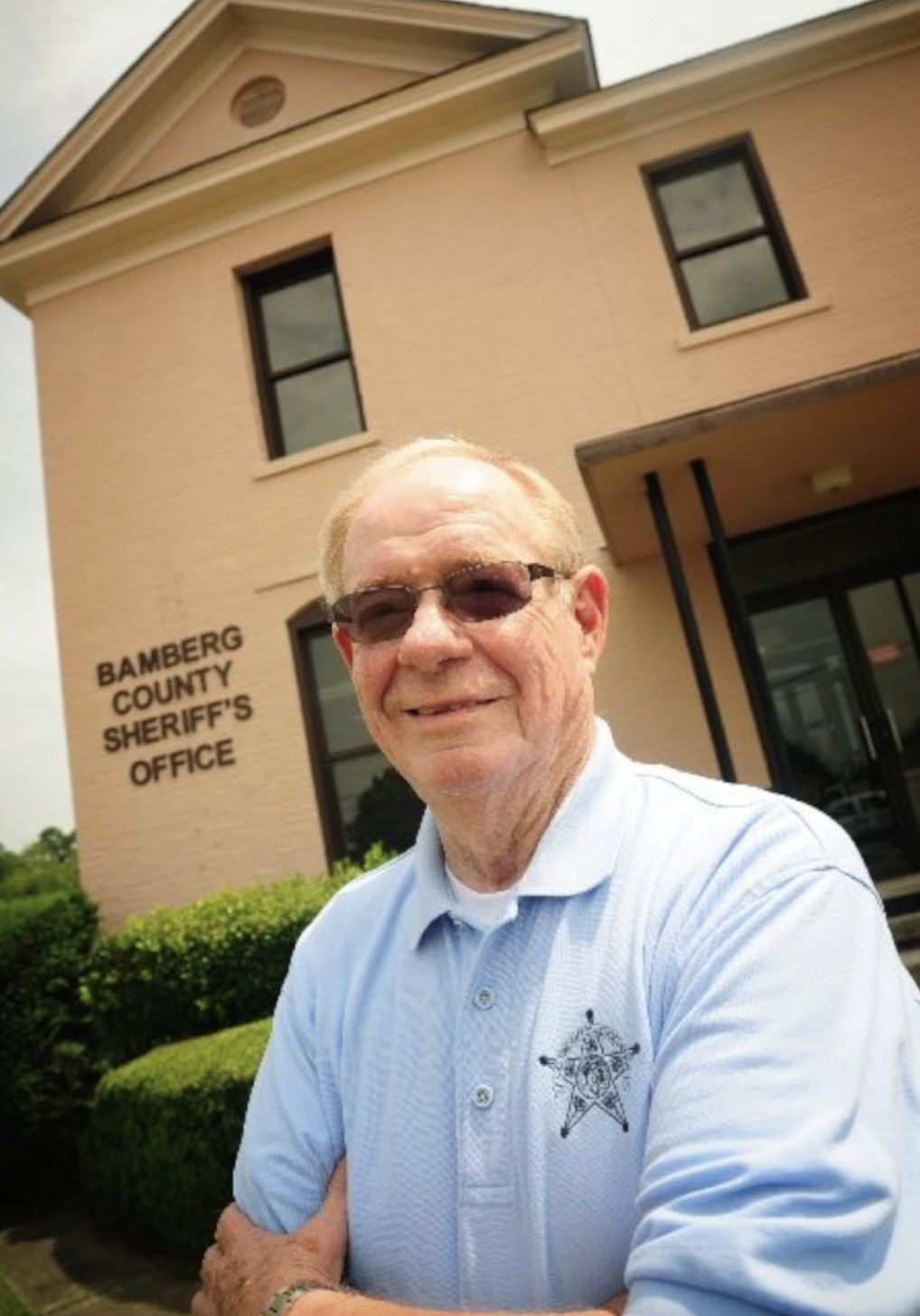 Darnell only fired his service weapon once during his career. He fired it in the air as a warning. 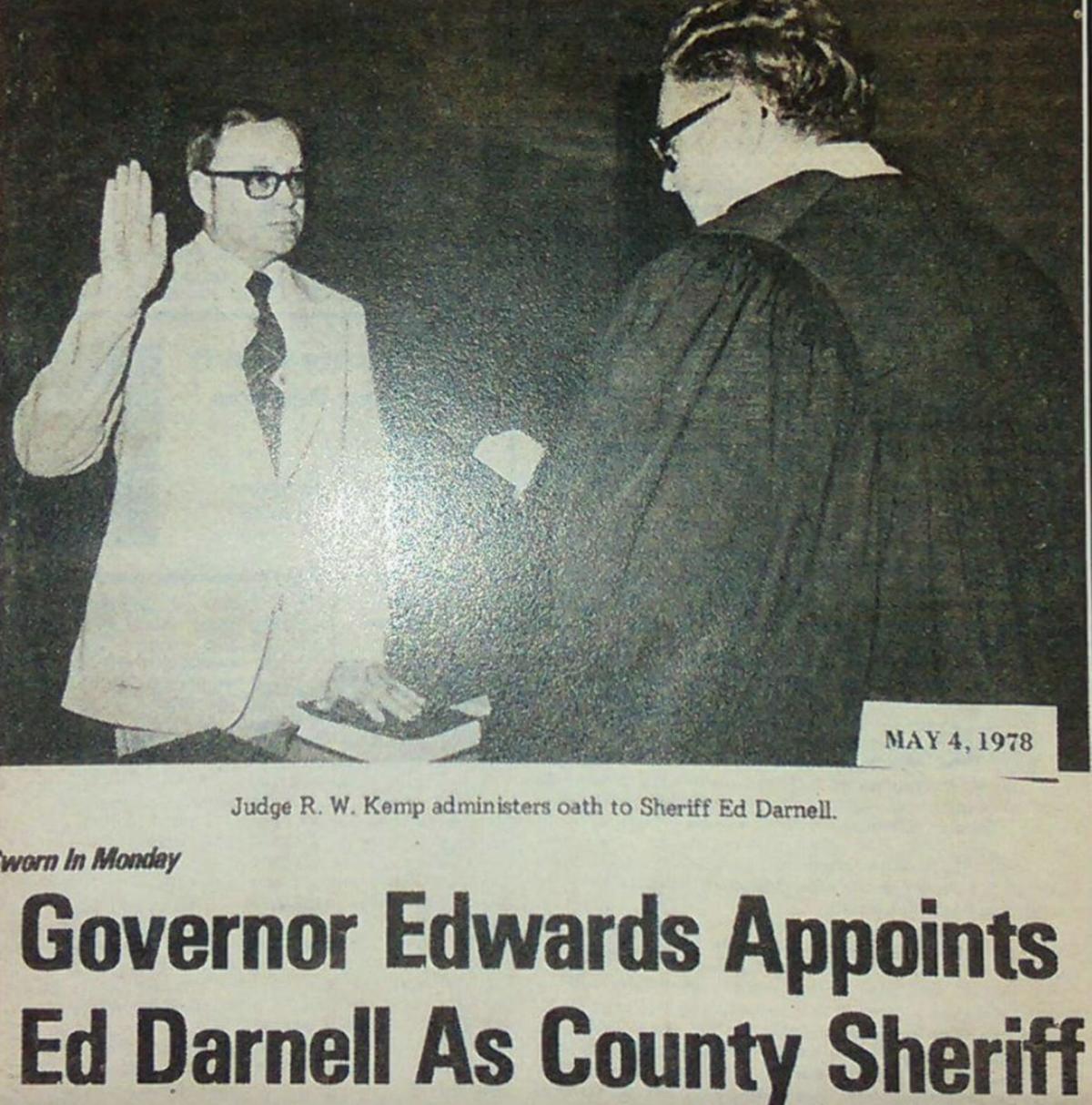 Ed Darnell became Bamberg County’s sheriff in 1978 when then-Gov. James Edwards appointed him to complete the term of the late A.L. Strickland. 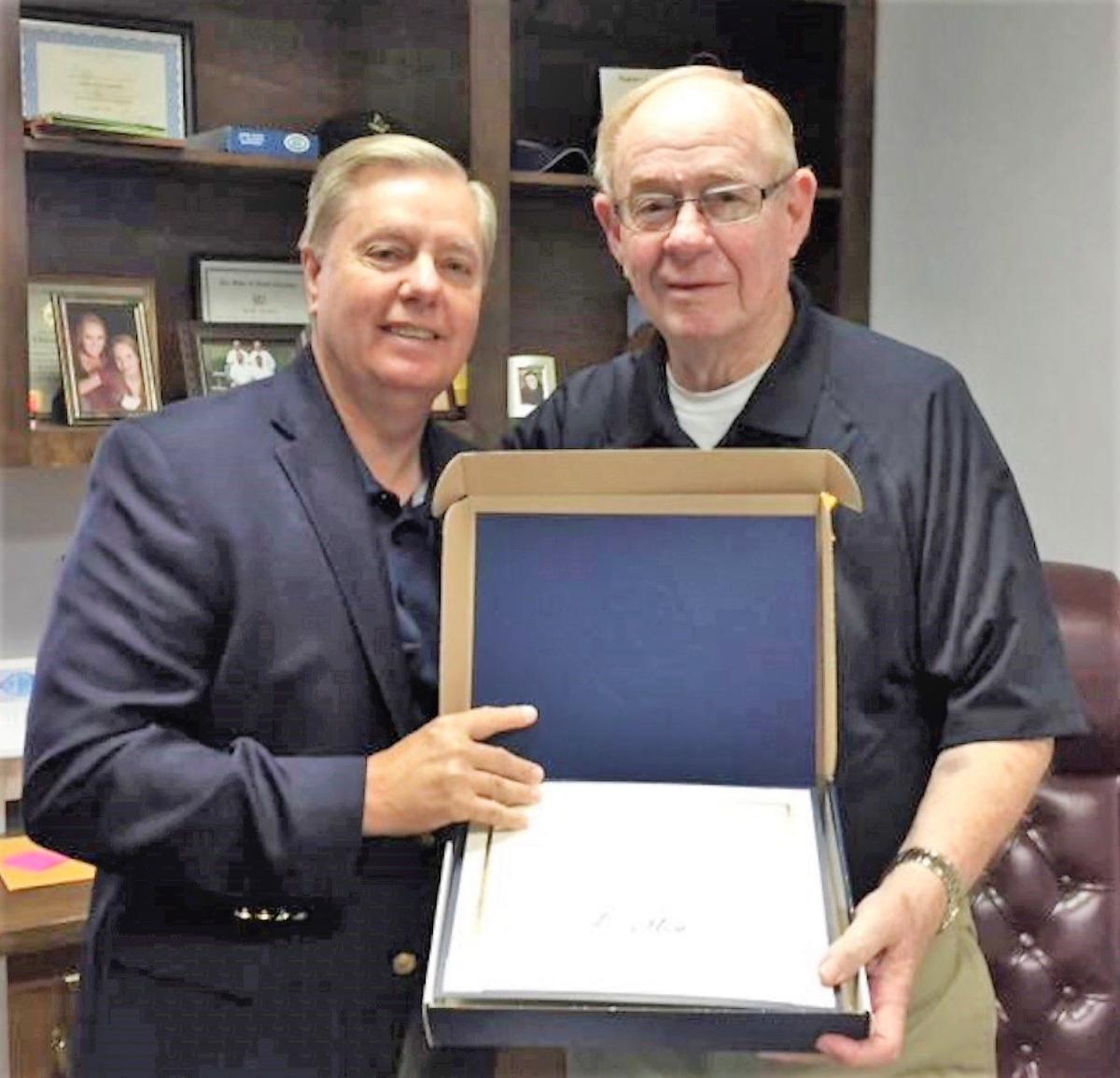 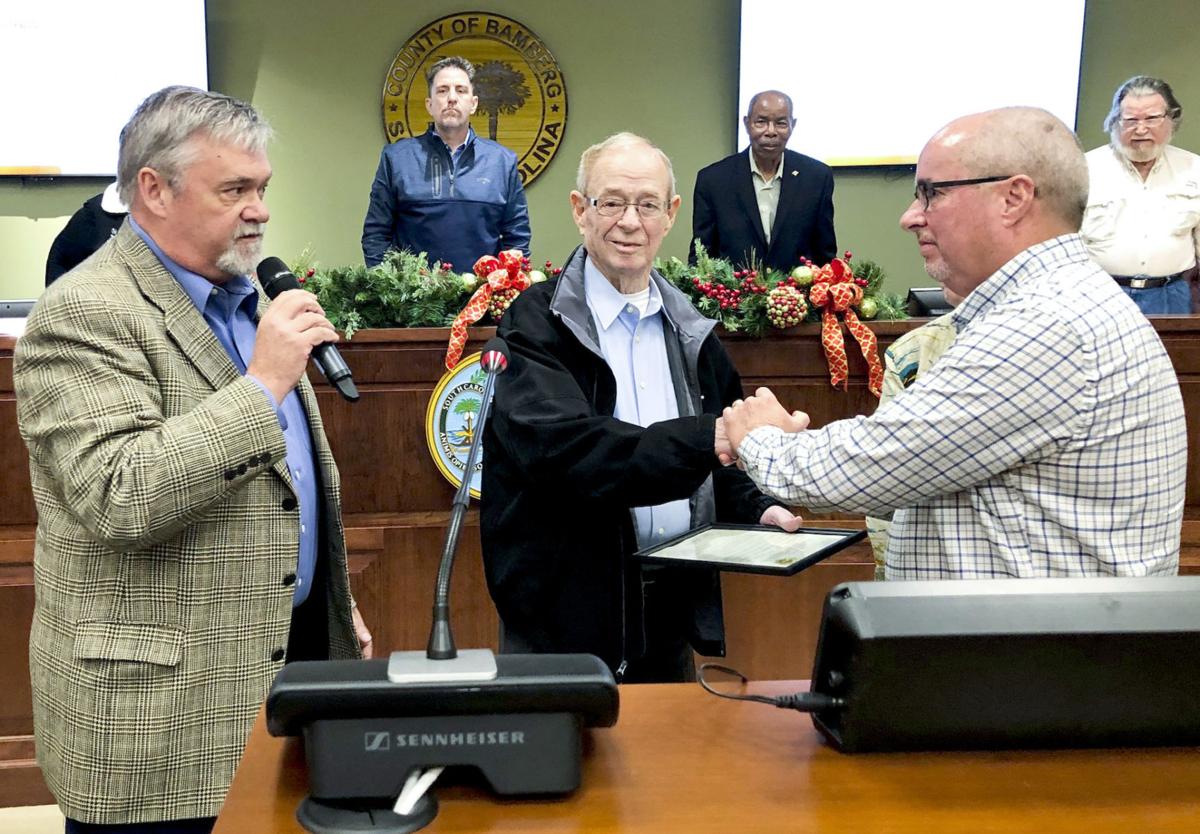 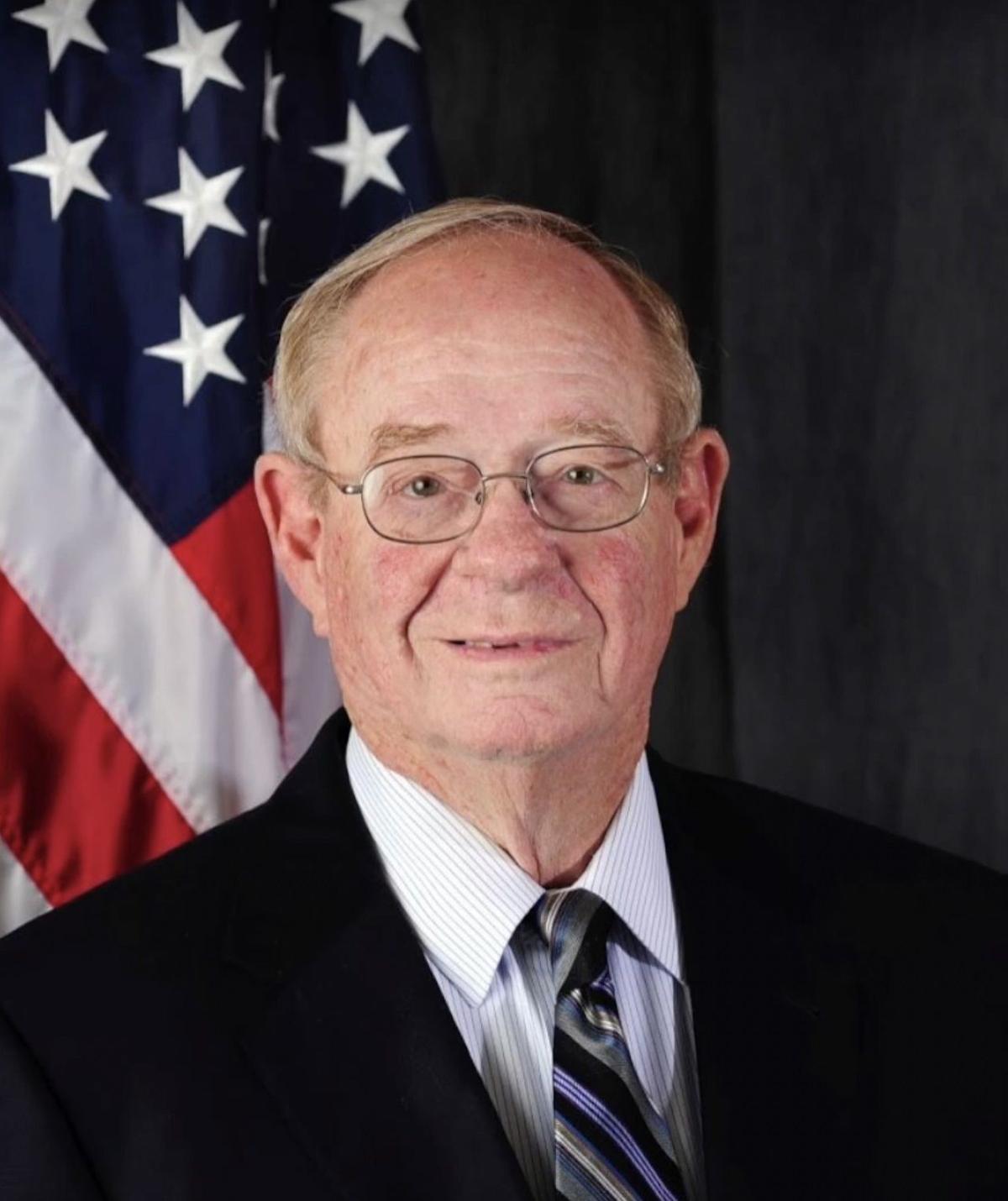 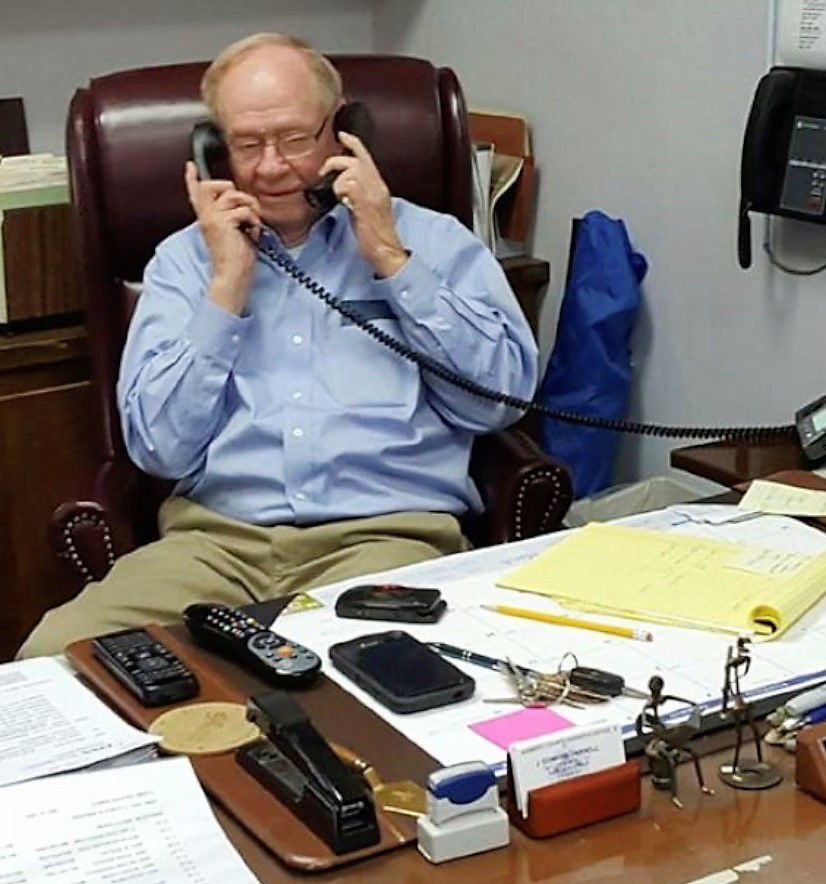 Darnell was South Carolina’s longest-serving sheriff when he decided not to run for re-election last year.

“A lot of people call me ‘Ed,’ not ‘sheriff,’” said the longest-serving sheriff in South Carolina, Ed Darnell.

The Bamberg County native was 83 years old when he decided not to seek re-election last year as the county’s sheriff. It’s a position he’d held since 1978, when then-Gov. James Edwards appointed him to complete the term of the late A.L. Strickland.

“My health has taken a toll on me in the past year and a half,” he said.

During his entire law enforcement career, he never had to fire his service weapon except once – when he chased a man and fired the gun in the air as a warning, “but the clothesline in the back yard got him.”

He knew what he wanted to be at a young age.

“When we are little, people always want to know what we’re going to do: a policeman, a veterinarian, a fireman,” Darnell said.

And by age 14, Darnell knew he’d be a law enforcement officer.

“I was 14 or 15 years old when I slipped out of my house at night,” he said. “We lived right around from the Denmark Police Department.”

“I rode around with the police at night,” he added. Darnell did that until he got caught by his mother.

Darnell and his twin brother Buddy were the youngest of eight children born to Joe and Annie Darnell.

The retired sheriff had his first career delivering groceries via bicycle and then cutting meat at the Red & White grocery store in Blackville when he was a student at Denmark High School. He graduated in 1955.

In 1972, he began working as an officer for the Denmark Police Department.

He graduated from the S.C. Criminal Justice Academy the next year.

When he started as sheriff, his annual salary was $12,600 and he employed five deputies earning $125 weekly, he said.

The most deputies he’s had at one time was 13.

There are currently nine deputies working at the sheriff’s office under Sheriff Kenneth Bamberg, but he’s looking to hire three more certified officers.

Darnell’s career is sprinkled with humorous moments, such as the time when the owner of a bar on S.C. Highway 70 reported that a patron ran off all of the other customers and there were fights taking place.

When Darnell arrived at the bar and saw that the patrons in the parking lot were orderly, he went inside.

“You see those two guys sitting on the stools over there?” the man said to Darnell. “I’ve got to hit them and I’ll meet you in the car.”

“I heard two licks as I exited the bar, and he got in the car,” Darnell said. The man reached into his boot, retrieved a small pistol and handed it to him.

“You can’t do things like that now,” Darnell said with a laugh.

But then there are moments throughout his nearly five-decade career that are punctuated with sorrow.

He said one incident he’ll never forget occurred on a cold December night in 1986 when some small children were laying on the floor in front of a heater.

At some point in the night, the fire went out and one of the children attempted to reignite it by pouring gasoline on it.

The result was deadly.

An 11-year-old boy managed to lead two children to safety and then went back into the burning home to get the others, but the roof fell on him.

Eight children died as a result of the fire.

In another incident he holds close to his heart, a man decided life’s troubles were too much for him to bear.

He sat under his shed with a .357-caliber pistol up to his head.

Agents with the S.C. Law Enforcement Division attempted to talk him out of taking his own life.

Darnell said when he arrived on the scene, he realized it was someone he knew who was contemplating suicide.

Darnell spoke to him calmly.

The man continued to hold the pistol to his head.

“You’ve got children to think about,” Darnell told him.

“He gradually lowered that pistol and gave me the pistol,” Darnell recalled.

He said the man received professional help and is doing well now. Darnell and the man remain close friends.

While these specific cases, and others from over the years, remain tucked away in Darnell’s heart, he also has a list of honors that are tucked there too.

For 31 years, Darnell served in the S.C. National Guard and earned the rank of platoon sergeant.

Also, when Bamberg native Nikki Haley was governor, she appointed Darnell to the Training Council of the S.C. Criminal Justice Academy.

His peers selected him as Sheriff of the Year in 2001.

He earned that title again in 2008 from the S.C. Victim’s Advocates Association.

He’s received numerous other awards and recognitions over the years.

Darnell’s educational history includes graduating from high school and the S.C. Criminal Justice Academy, but he said academic degrees aren’t what it takes.

“The most important degree you’ve got to have to do anything is common sense and you’ll be a success,” he said.

But even greater than that, Darnell said, “Everybody’s got to put Jesus back in their hearts and minds to solve what’s going on in our country today.”

“We’re all here together. We’ve got to work together,” he said.

It was a busy week for local firefighters as they contended with several structure fires.

Darnell only fired his service weapon once during his career. He fired it in the air as a warning.

Ed Darnell became Bamberg County’s sheriff in 1978 when then-Gov. James Edwards appointed him to complete the term of the late A.L. Strickland.

Darnell was South Carolina’s longest-serving sheriff when he decided not to run for re-election last year.