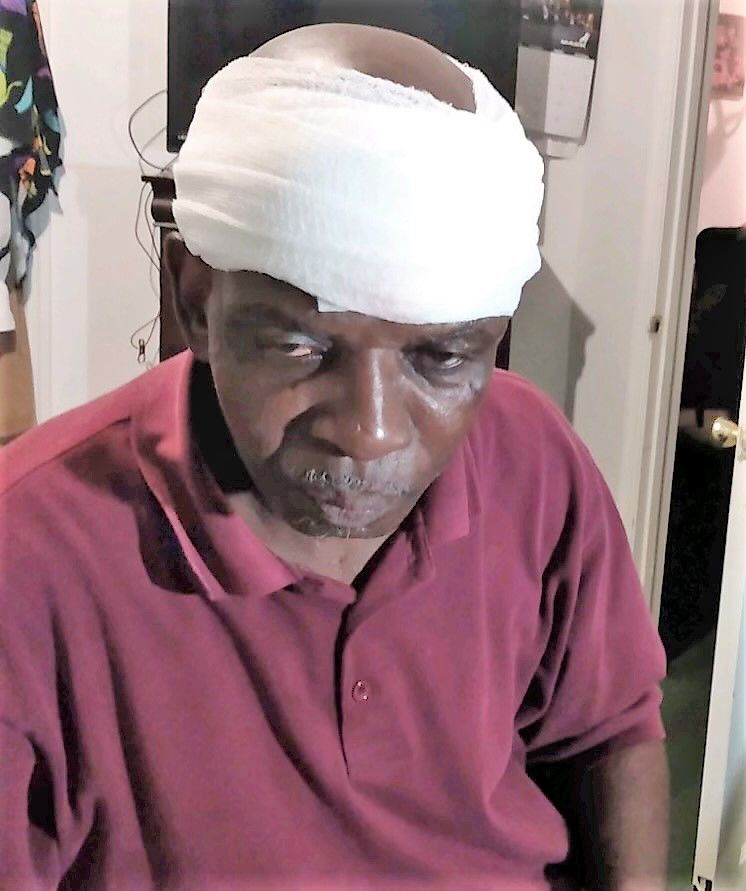 Attorney Justin Bamberg claims his client, Clarence Gailyard, pictured, suffered a head injury during his encounter with an ODPS officer on Monday. 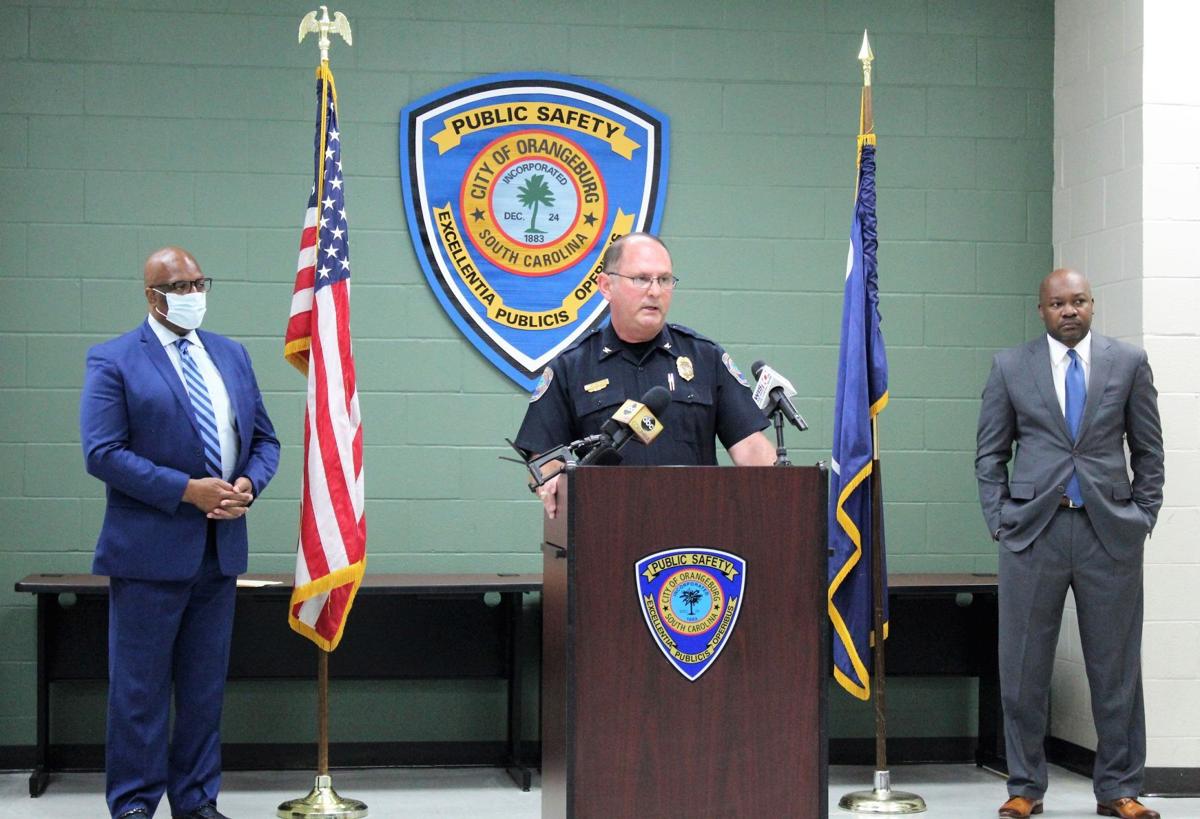 The Orangeburg Department of Public Safety terminated one of its officers for allegedly violating the agency’s use of force policy, Orangeburg City Administrator Sidney Evering II announced during a Friday news conference.

“At some point, the video will be released,” Bamberg said. “It is not pretty.”

“And we respectfully ask the public to remain calm in the wake of what they will be seeing,” he added.

ODPS Director Mike Adams said that 911 dispatchers received a call around 5:05 p.m. Monday from someone who reported seeing a person with a gun on Colleton Street.

Adams alleged a responding officer used force “outside of the scope of our use of force policy.”

Adams would not provide specifics about the incident, citing the ongoing investigation by the S.C. Law Enforcement Division.

He also wouldn’t say if anyone was injured in the incident or if anyone at the scene was found with a firearm.

“I think it would be inappropriate of me to comment on the specific details while we have an outside investigative agency still conducting an active investigation. So as the investigation winds down, we’ll try to make that information available to you,” Adams said.

Adams said he requested SLED’s assistance on Tuesday morning after he had an opportunity to watch video footage of the incident.

ODPS’s Use of Force Committee met on Wednesday.

Following that meeting, “The officer in question was terminated by the agency,” Adams said.

Adams did not release the officer’s name, citing the ongoing investigation.

The department terminated 38-year-old David Lance Dukes on Wednesday for the alleged “repeated use of excessive force in dealing with the public and/or prisoners,” according to documents provided by the S.C. Criminal Justice Academy under the Freedom of Information Act.

First Judicial Circuit Solicitor David Pascoe said on Friday that he met with SLED agents throughout the day about the investigation.

Orangeburg Mayor Michael Butler said SLED’s investigation may be concluded as early as next week.

Evering said the city remains committed to being transparent about the incident.

“Above all, we value the trust that the community has placed on us as leaders and as law enforcement officers. We cannot tolerate anything that will diminish that trust that our citizens have placed in us,” Evering said.

“It’s unfortunate that this incident occurred,” he said.

“We fully appreciate everything you do for our community every day that you put your lives on the line,” he said.

Bamberg told The T&D, “We appreciate the leadership displayed by the new city administrator, Mr. Evering.”

Bamberg alleges that his client, Clarence Gailyard, was walking home while using a stick for assistance. He said Gailyard also uses the stick to ward off any stray animals, such as dogs, that he may encounter.

A car struck Gailyard a couple of years ago and surgeons placed pins and rods in his knee, leg and hip, Bamberg said.

“Officer Dukes ordered my client and another individual to get on the ground, but because of my client’s disability, he’s relatively slow,” Bamberg said.

“He was trying to get down as fast as he could,” he added.

“As my client was getting on the ground, Officer Dukes ran up and stomped on the back of his head, forcing his head to slam into the pavement,” Bamberg said.

Efforts to reach Dukes for comments on Friday were unsuccessful.

Bamberg said he expects to have discussions with the city about personnel and policy changes.

“And based on what we heard from Mayor Butler today, we have every expectation that the city will do the right thing by Mr. Clarence,” he said.

While terminating the officer was the right thing to do, “unfortunately the bigger question is, how was he even hired in the first place when he was terminated from his previous agency less than a year ago?” Bamberg asked.

According to SCCJA documents, the Calhoun County Sheriff’s Office terminated Dukes on Oct. 2, 2020 because he “no longer works at the pleasure of the sheriff.” Dukes began working at the agency on May 29, 2019.

SCCJA documents show the CCSO initially hired Dukes on July 18, 2012 and he attempted law enforcement training at the academy, but failed by Dec. 7, 2012.

He resigned from ODPS and began working at the CCSO on May 29, 2019 until they terminated him 16 months later. He returned to ODPS on Oct. 12.

This past May, Dukes was instrumental in taking a large quantity of illegal drugs and a loaded firearm off the streets during a single traffic stop.

Among the drugs he and another officer allegedly found in the vehicle was 2,066 doses of MDMA, also known as molly.

Orangeburg City Council has agreed to pay up to $10,000 toward a settlement stemming from allegations an Orangeburg Department of Public Safet…

An interim chief has been selected for the Orangeburg Department of Public Safety following the retirement of Chief Mike Adams.

The City of Orangeburg and 58-year-old Clarence Gailyard have reached a $650,000 settlement in a case involving an alleged physical assault by…

WH 'refining plans for all scenarios' in Ukraine

WH 'refining plans for all scenarios' in Ukraine

WH on SCOTUS and race in college admissions case

WH on SCOTUS and race in college admissions case

Attorney Justin Bamberg claims his client, Clarence Gailyard, pictured, suffered a head injury during his encounter with an ODPS officer on Monday.