An interim chief has been selected for the Orangeburg Department of Public Safety following the retirement of Chief Mike Adams.

“I’m very thankful for the opportunity to be part of the Orangeburg team,” Austin said.

“We are looking forward to meeting with the officers and employees of the department to talk about where we go from here,” he said.

Adams’ retirement went into effect on Wednesday. Austin’s first official day on the job is Friday.

Orangeburg City Administrator Sidney Evering II said a permanent police chief may be hired as soon as the end of the year.

“We’re going to hire a search firm that will assist in doing a nationwide search so we can get the absolute best chief we can get for Orangeburg. They deserve it,” Evering said.

Adams has been away from the department for over a month.

On Aug. 20, The T&D asked Evering about rumors circulating that Adams cleaned out his office and turned in the keys to his patrol vehicles.

Evering noted at that time that Adams was “going to take some annual leave.”

Evering confirmed Wednesday that Adams said in a conversation around that same time that he was considering retirement.

Adams then took some annual leave time and told Evering a couple of weeks ago he planned to go through with his retirement.

Evering said Adams didn’t indicate why he wanted to retire, but noted, “He’d been at it (law enforcement) for a long time. I think this is the route he wanted to go.”

Adams began his career in law enforcement in 1986 as a patrol officer in the City of Orangeburg. By 1989, he was promoted to the rank of detective in the Investigation Unit.

Two years later, Adams transferred to the Narcotics Unit, where he was promoted to the rank of detective sergeant in 1993.

Adams was promoted to detective lieutenant in 1994 and then to captain of detectives in 1999. In 2012, he became commander of the Uniform Patrol Division.

In July 2014, he began as interim chief, following the retirement of then-director Wendell Davis. Adams became ODPS director in February 2015.

Efforts to reach Adams by phone on Wednesday were unsuccessful.

ODPS Lt. Col. Ed Conner has been filling in for Adams.

“Colonel Conner has done a good job of guiding the department when Adams was away,” Evering said.

Evering has been considering who to hire as an interim chief for the past couple of weeks, he said.

He consulted with some friends and several recommended Austin.

Austin said his favorite aspect about police work is service to the community.

“I very much love the service part and that’s what policing was established to do in 1829 with Sir Robert Peel, who initiated the first organized international police department in the world: the London Metropolitan Police,” he said.

“It was about service and involving the people in how these services were to be provided to the community,” he added.

“We must return to that era, when we are operating as a total community and it is the community, quite frankly, that sets the standard for what is acceptable conduct. As a policing service, it is our responsibility to ensure that the will of the community is carried out. The partnership should be a mutual partnership and this is what we want it to be,” he said.

Austin joins the department two months after Adams, Evering and Orangeburg Mayor Michael Butler held a press conference about allegations that an officer used excessive force in an encounter with a resident.

David Lance Dukes, 38, was terminated from the department. He is facing a charge of first-degree assault and battery for allegedly placing his boot on back of the head/neck area of a man who was already on his hands and knees.

Austin said he’ll address the use of force.

“We want to get the community very much involved in the operation of the department, so I’m looking forward to meeting the various neighborhood organizations,” he said.

He’s hoping to establish a community advisory council, “So our community citizens will know in real time what we’re doing and be involved in making some very essential decisions as it relates to having our public safety operating at maximum capacity,” he said.

Austin also explained the department will use analytics to determine how to deploy its resources.

“It’s about seeing the total community and ensuring that every citizen in Orangeburg city knows that we are going to balance our services so that everybody is safe,” he said.

His late wife, Dr. Ava Austin, was from Orangeburg.

“My children went to school here. One of my children was born here. We have family still here, so that gives me a vested interest in ensuring that Orangeburg gets the very best public safety service,” he said.

Austin graduated from S.C. State University and received his master’s degree in criminal justice from the University of South Carolina in 1985.

He also worked as the director of campus police when the university was called S.C. State College.

In total, Austin has more than 35 years of experience in municipal, county and state government.

He worked for the S.C. Law Enforcement Division for 11 years.

He also worked as a patrol officer in Greenville and Easley. Austin served as the deputy police chief in Chatham County, Georgia.

In 1990, he became the first Black chief hired at the Columbia Police Department. He served in that position for 11 years.

He currently teaches criminal justice administration at Benedict College. He previously served as the college’s dean at the School of Humanities, Arts and Social Sciences.

“He has been with law enforcement for many years and he really knows the ins and outs of policing. It is going to just be fantastic with what we are going to accomplish for the time he will be with us,” she said.

As for Adams, “It could’ve been better,” she said.

“He did what he thought was the best and we’re always working for improvement,” she added.

Councilman Richard Stroman said he wasn’t aware of any plans for the city to hire an interim police chief until Wednesday’s meeting.

“I think he’ll be a pretty good person,” he said of Austin.

Stroman said he had no comment when asked about Adams.

Councilman Jerry Hannah said, “We needed someone who had the vision, time, capabilities and know-how, and Brother Charles Austin fits the mold.”

Hannah said he wishes Adams well in his retirement.

Orangeburg City Council has delayed action on a fire service agreement with Orangeburg County, citing “uneasiness” with the terms of the contract.

Interim Orangeburg Department of Public Safety Chief the Rev. Charles Austin has been named the chief for the department.

Study: The asteroid that killed the dinosaurs produced a nearly 3 mile high wave

Study: The asteroid that killed the dinosaurs produced a nearly 3 mile high wave 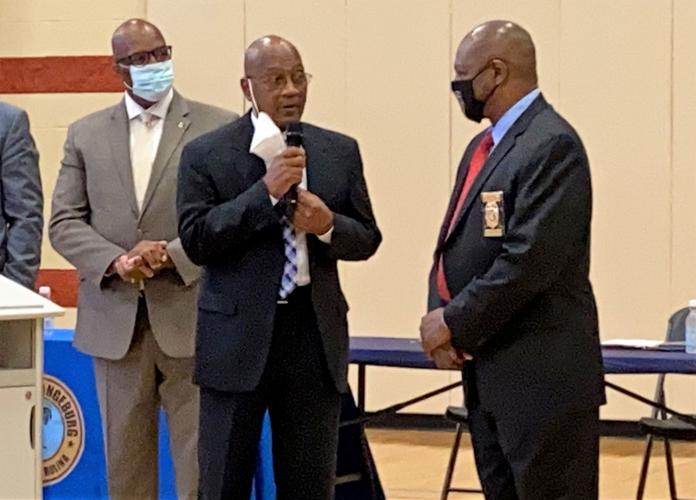 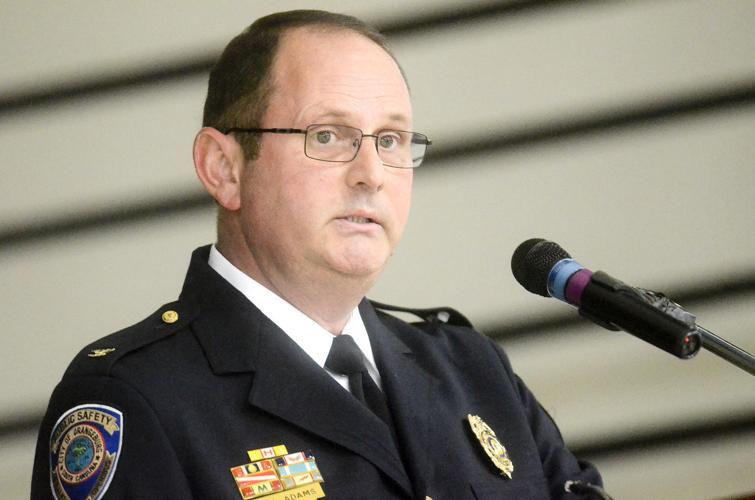