Orangeburg man ‘still in pain’ after encounter with police; attorney: ODPS should release video of incident
0 comments
Share this
{{featured_button_text}}
1 of 2 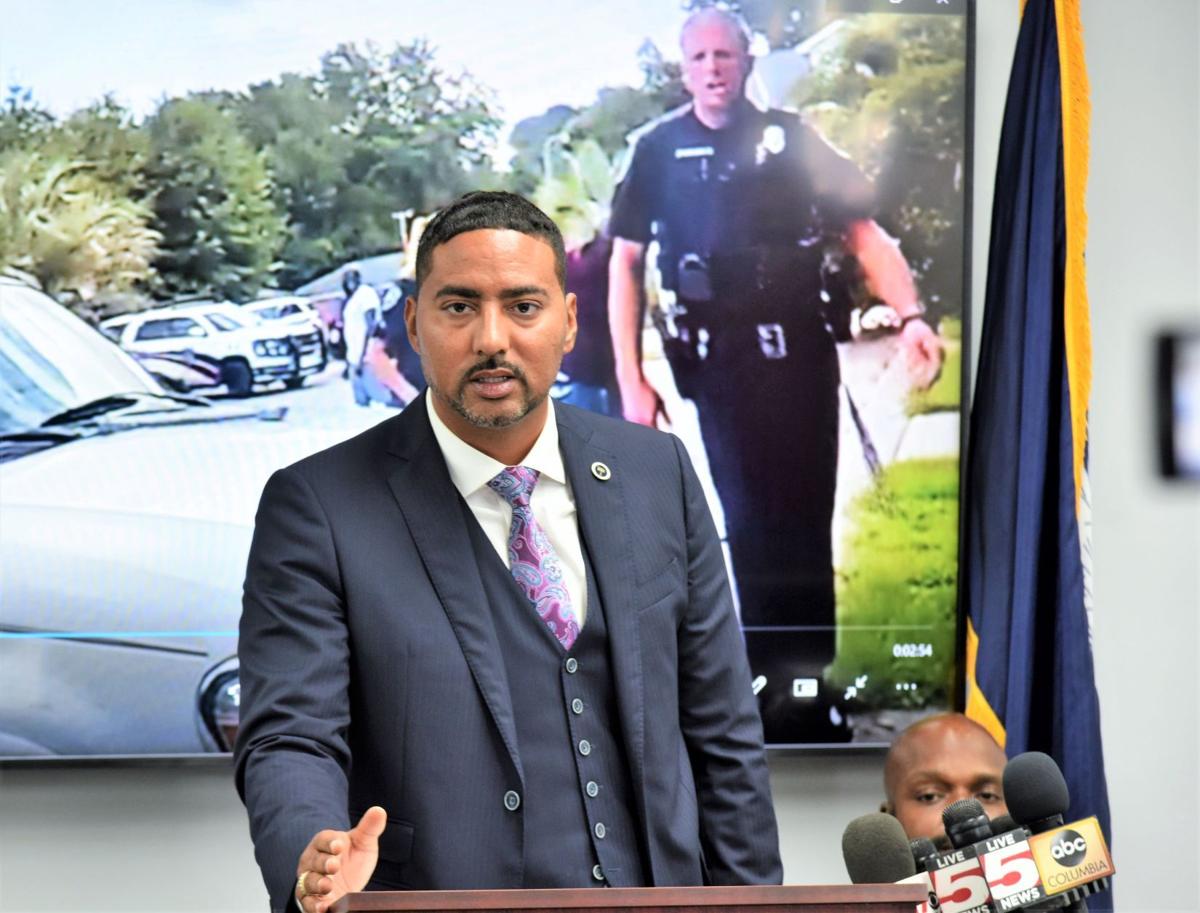 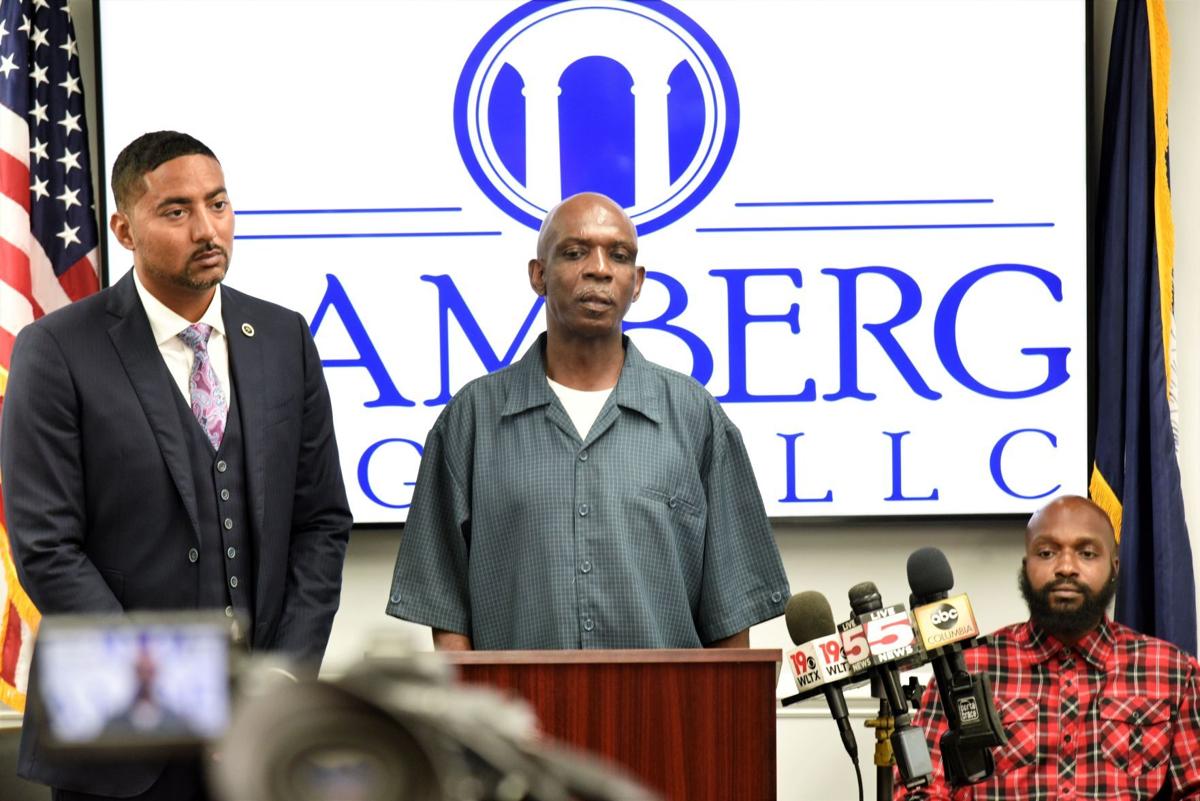 “Every time I look in the mirror, I see the scar on my forehead and it’s not OK,” Clarence Gailyard said during a press conference on Tuesday afternoon.

Gailyard sustained an acute head injury on July 26 when then-Orangeburg Department of Public Safety officer David Lance Dukes, 38, allegedly “stomped” him on the back of his head, attorney Justin Bamberg said.

Gailyard said, “I’m still not doing too good after that. I’m still in pain. I hope the pain goes away, but I don’t think the pain is going away right now.”

“I want a change, that’s what I want. I don’t want them to do that to somebody else, what they did to me. It could’ve been worse,” he said.

The S.C. Law Enforcement Division has charged Dukes with first-degree assault and battery. He has also been terminated by the Orangeburg Department of Public Safety.

A warrant alleges that Dukes raised his right leg and used his boot to forcibly stomp Gailyard’s neck and/or head area.

Gailyard’s encounter police occurred after a woman reported seeing someone with a gun on the 700 block of Colleton Street, according to an ODPS incident report.

Gailyard and his cousin, Demario Julian, were walking in the area on the way to Gailyard’s home on a nearby street. Bamberg has said Gailyard was carrying a stick.

Gailyard has pins and rods in his knee, leg and hip from a previous injury, Bamberg said. He said Gailyard was trying to get down to the ground when Dukes allegedly stomped him.

During the press conference, Bamberg presented video which he says was from an officer’s body camera footage. He said it shows both of Gailyard’s hands and knees on the ground.

Bamberg said neither Gailyard nor Julian were armed.

In more video footage provided by Bamberg, an officer Bamberg identifies as Dukes is shown explaining that he saw Gailyard carrying something that he thought might have been a gun.

Dukes then shows a stick-like object, measuring about 18 inches in length, wrapped in gray duct tape.

Bamberg explained that Gailyard carries the stick to ward off stray dogs when he walks.

The video shows Gailyard putting the stick away near a vehicle before trying to comply with Dukes’ orders to get to the ground.

“Clearly this is not a firearm,” Bamberg said, showing the stick at the press conference.

He said it was as though Dukes arrived at the scene and thought of Gailyard and Julian as “bad guy, bad guy” or “bad guy, cockroach.”

Bamberg did not say where his video came from, but said he wants the city to officially release its body camera footage of the incident.

“There’s no reason not to release the videos so that this community has the opportunity to see everything with their own eyes and decide what’s going on – not just on that day, but inside that agency – is OK for this community,” Bamberg said.

“We’re demanding the City of Orangeburg go ahead and release the footage,” he added.

He praised Polidore for doing the right thing and calling EMS.

Both Gailyard and Julian expressed appreciation for her work too.

Bamberg said, “This is not an Officer David Dukes problem, this is a City of Orangeburg problem. This is an ODPS problem. Attitude reflects leadership and we’ve seen failed leadership before.”

He claims ODPS has reported an increase in use of force incidents each year since 2016.

He questioned the justifications given.

Bamberg also called for the department to investigate other issues.

For instance, he claims one officer did not keep a body camera focused on Dukes’ interaction with Gailyard during the incident. He also alleges Dukes was given a chance to rewrite his use of force form when it did match the video.

Efforts were made to reach Dukes’ attorney and the City of Orangeburg for comments on Tuesday, but neither responded to questions by press time.

The Times and Democrat filed a Freedom of Information Act request with the Orangeburg Department of Public Safety last week, requesting body camera videos and additional information, but the agency has not yet provided those items.

The son of a Tooky Lane woman rescued his mother after he saw her hanging from a window of her burning home on Wednesday morning, Orangeburg D…