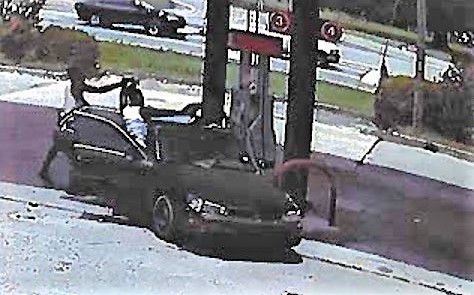 Orangeburg County Sheriff Leroy Ravenell is asking for help identifying the people involved in a gun battle on Wednesday afternoon. 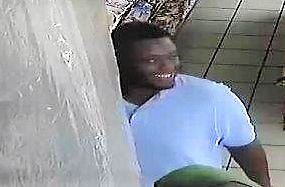 The Orangeburg County Sheriff’s Office is seeking this man, saying he is a person of interest.

Investigators are seeking the identities of several individuals caught on security camera allegedly shooting at one another, according to Orangeburg County Sheriff Leroy Ravenell.

"Broad daylight and at a busy convenience store. These individuals feel it's OK to endanger the public," Ravenell said. "If you have any idea or heard anything, know anything, call us. We need these off the street before someone does get hurt."

A call came in just before 2 p.m. Wednesday reporting shots at El Cheapo's at the intersection of Highways 301 and 176.

Security video at the business depicts the multiple occupants of two vehicles firing on each other.

No one is believed to have been injured in the gun battle, according to the sheriff’s office.

A motive has not been determined at this point.

One photo depicts a man in a blue shirt. He is believed to have been the driver of one of the vehicles and is considered a person of interest, according to the sheriff’s office.

If anyone has any information on the subjects, they are urged to call the sheriff’s office at 803-534-3550 or Crimestoppers at 1-888-CRIME-SC. All callers can remain anonymous.

A 14-year-old Orangeburg girl is recovering from a gunshot wound she received while she was asleep early Wednesday, according to an Orangeburg…

Orangeburg County Sheriff Leroy Ravenell is asking for help identifying the people involved in a gun battle on Wednesday afternoon.

The Orangeburg County Sheriff’s Office is seeking this man, saying he is a person of interest.