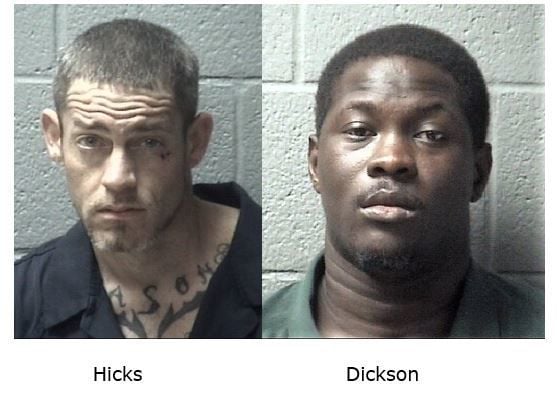 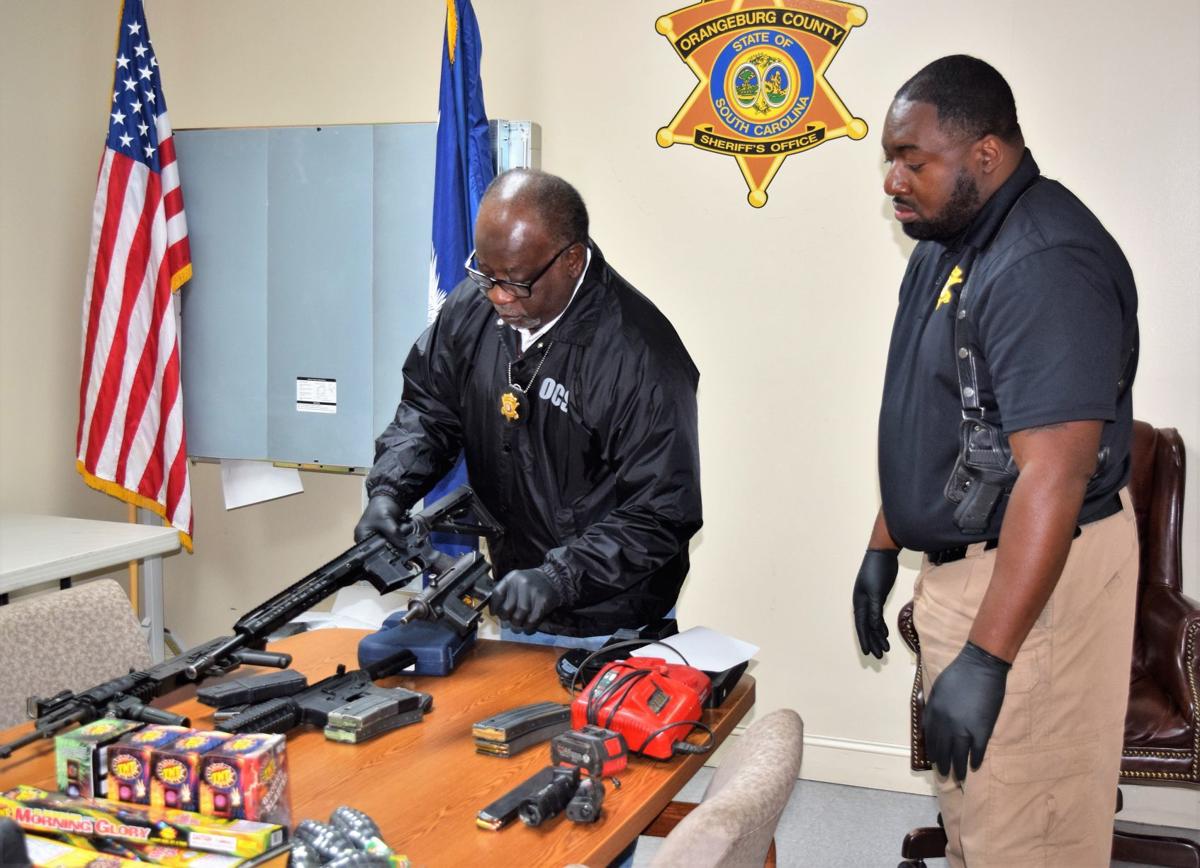 Two men are in custody after the Orangeburg County Sheriff’s Office recovered items stolen in several burglaries, according to Sheriff Leroy Ravenell.

“These are some serious weapons that have been taken off the street,” he said. “Two of these are AR-15s, another is a weapon using an AK-47 platform and then a Tec-9 was also in possession of these two.”

Austin Hicks, 33, of Orangeburg, and Detorian Dickson, 29, of St. Matthews, have each been charged with receiving stolen goods.

Hicks is also charged with second-degree burglary while Dickson is facing an additional charge of possession of a weapon by a convicted felon.

Orangeburg County Sheriff’s investigators developed information on the location of a quantity of stolen items following a traffic stop earlier this week.

That information led to a residence off Coburg Lane where a search warrant was executed on Thursday.

Items found at that residence are tied to burglaries dating back to the early part of December when a Willie Road man reported a shed on his property was burglarized, according to a sheriff’s office press release.

Recovered items including dolls, fireworks, a trailer, a Purple Heart medal and a funeral home document bag, according to the sheriff’s office.

“They were taking anything, tied down or not,” Ravenell said. “They were preying on their neighbors and taking whatever they could. Maybe these residents in that neighborhood can rest easier tonight."

A Ladson woman is facing multiple charges from the S.C. Law Enforcement Division after she allegedly stole and used bank cards belonging to a …

An Orangeburg man is accused of stealing a $75,000 concert grand piano from an Orangeburg home. 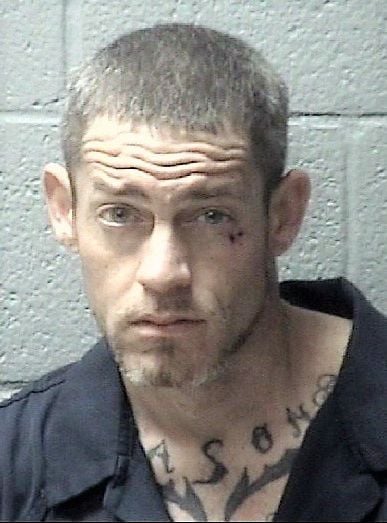 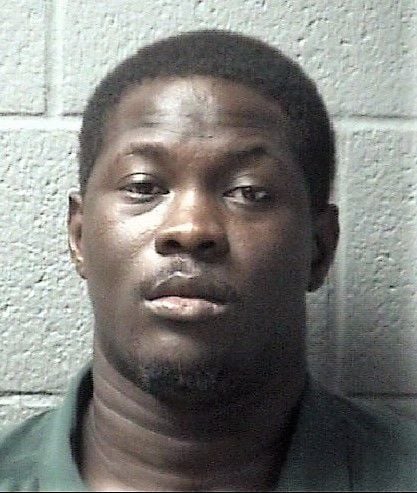