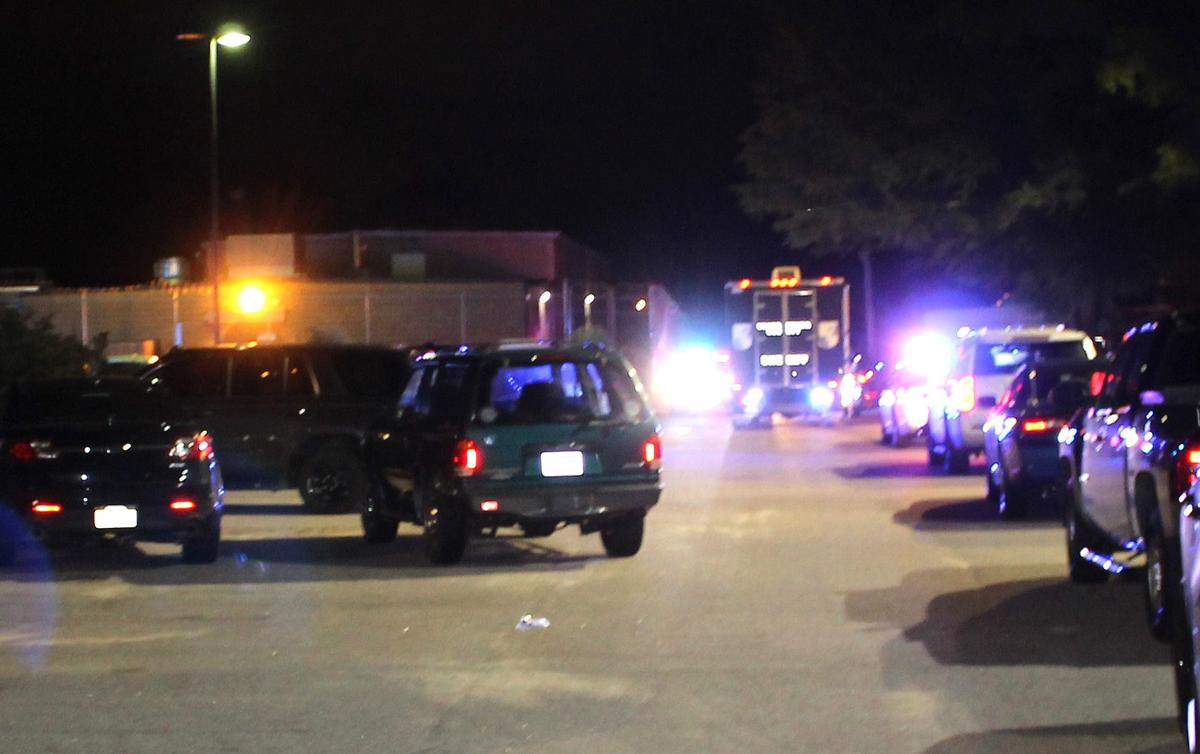 Two men are being sought following an escape from the Orangeburg County Detention Center Saturday night. They are considered dangerous. 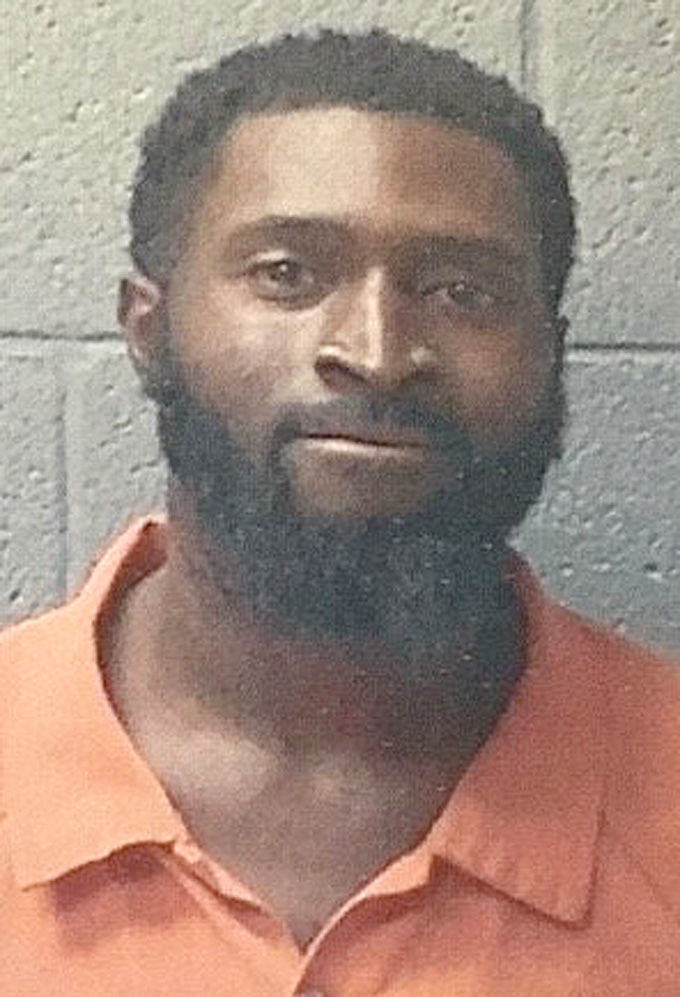 Investigators are appealing to the public to report anything suspicious to law enforcement immediately.

“We have to get these individuals off the street,” Ravenell said.

"Christopher Boltin was taken into custody in Lexington County by sheriff's deputies in that jurisdiction," Ravenell said. "He will be returned to Orangeburg and put back in jail to await his court hearing. We will now focus on the remaining two at large."

Both Johnson and Green are facing murder charges.

Ravenell said deputies responded to a call from the jail regarding “possibly some escaped inmates” at 9:38 p.m. Saturday.

At that same time, deputies learned that a detention officer had also been assaulted.

He said it appears the inmates escaped when the detention officer was assaulted.

“I think it was a planned escape,” Ravenell said.

He said the inmates were contained to their cells and when the electrical malfunction occurred, the cell doors became unlocked, but inmates remained secured in their pod.

The four inmates attempted to escape the detention center area by tossing sheets over the razor wire on the outside fencing.

Officers were able to detain one of the inmates before he was able to escape. The other three freed themselves.

Young said the officer got checked out at the Regional Medical Center and is OK.

He also said the Orangeburg County Department of Public Works has corrected the electrical malfunction on the security panel to prevent this from happening again.

He is thankful for the response by the Orangeburg County Sheriff’s Office.

Young said he is also looking forward to the completion of the new county detention center as modernized security measures will be in place.

During the manhunt, the sheriff’s office used its K-9 tracking team around the detention center in hopes of trying to help find the escaped inmates.

Johnson is facing a charge of murder, armed robbery and two counts of attempted murder in a Sept. 26, 2017, incident that left 24-year-old Lamont Shuler dead at an Old Number Six Highway home near Santee.

Johnson’s co-defendants in the incident – Alphonso Field, 27, and Laron Thomas, 25, both of Orangeburg – remain at the jail on the same charges.

He gave him credit for having already served 768 days in the county jail.

The sheriff’s office also charged him with attempted murder in connection with an Aug. 24, 2011, shooting on Perry Street.

Ultimately, on Dec. 5, 2012, Johnson pleaded guilty to a lesser charge of first-degree assault and battery.

A judge sentenced him to four years in prison and gave him credit for time served.

Green is facing the charge of murder in the 2015 shooting death of 35-year-old Trajan Jenkins.

Investigators allege Green shot Jenkins to death outside of his Shadowlawn Drive apartment on March 20, 2015. They believe Green murdered Jenkins as he left home for work and discovered his vehicle was being stolen.

Green was not charged in the death for more than a year. By that time, he was already in prison after pleading guilty in November 2015 to three counts of grand larceny, one count of possession of a stolen vehicle and one count of failure to stop for blue light.

During his time in prison, he lost privileges for threatening to inflict harm on an employee and striking an inmate.

He also lost canteen, telephone and visitation privileges after damaging property and exhibitionism.

Boltin, who has a history of stealing vehicles, is facing carjacking and grand larceny charges from this past January.

In 2015, Boltin pleaded guilty to a charge of possession of a stolen vehicle.

A judge sentenced him to prison for four years, suspended to one year in prison with four years of probation. He was ordered to pay restitution.

On Dec. 7, 2016, he pleaded guilty to use of a vehicle without permission and grand larceny.

A judge sentenced him to six years in prison, suspended to one year of probation and ordered him to complete his GED.

And on Jan. 9, 2018, Boltin pleaded guilty to one count of financial transaction card fraud and possession of a stolen vehicle.

At the time of his most recent arrest, he was serving a probation sentence set to end on Jan. 8, 2023.

If anyone sees these inmates, they are asked to call Orangeburg County Sheriff’s Office dispatch immediately at 803-534-3550 or Crimestoppers at 1-888-CRIME-SC. If in immediate danger, call 911. Callers may remain anonymous.

Orangeburg County Sheriff Leroy Ravenell announced that one of the three inmates who escaped from the detention center has been captured.

Three sought after Orangeburg jail escape; two accused of murder, one of carjacking

Several agencies are searching for two murder suspects who escaped from the Orangeburg County Detention Center on Saturday night.

A bond hearing will be held this afternoon for one of the three inmates who escaped from the county jail on Saturday, Orangeburg County Sherif…

Two of the three escapees from Saturday night’s jailbreak from the Orangeburg County Detention Center are in custody.

The inmates who helped with Saturday’s jailbreak tampered with their cell locks, beat up a guard and randomly pressed buttons on a control pan…

Prosecutors have dropped an escape charge against one of the inmates who broke out of the Orangeburg County Detention Center on May 19. He ple…

Orangeburg County Sheriff Leroy Ravenell announced that the last inmate sought after an escape from a detention center has been caught.

The final jail escapee was captured early Tuesday after a chase that left an Orangeburg County Sheriff’s Office deputy injured.

Orangeburg County jail escapee’s bond set at $285,000, but murder charge will keep him in detention center

The jail escapee who was recaptured early Tuesday had bond set on several charges Wednesday.

Clad in black-and-white striped prison garb, 20-year-old Curtis Ray Green appeared in court Tuesday for the first time since he escaped from t…

Two men are being sought following an escape from the Orangeburg County Detention Center Saturday night. They are considered dangerous. 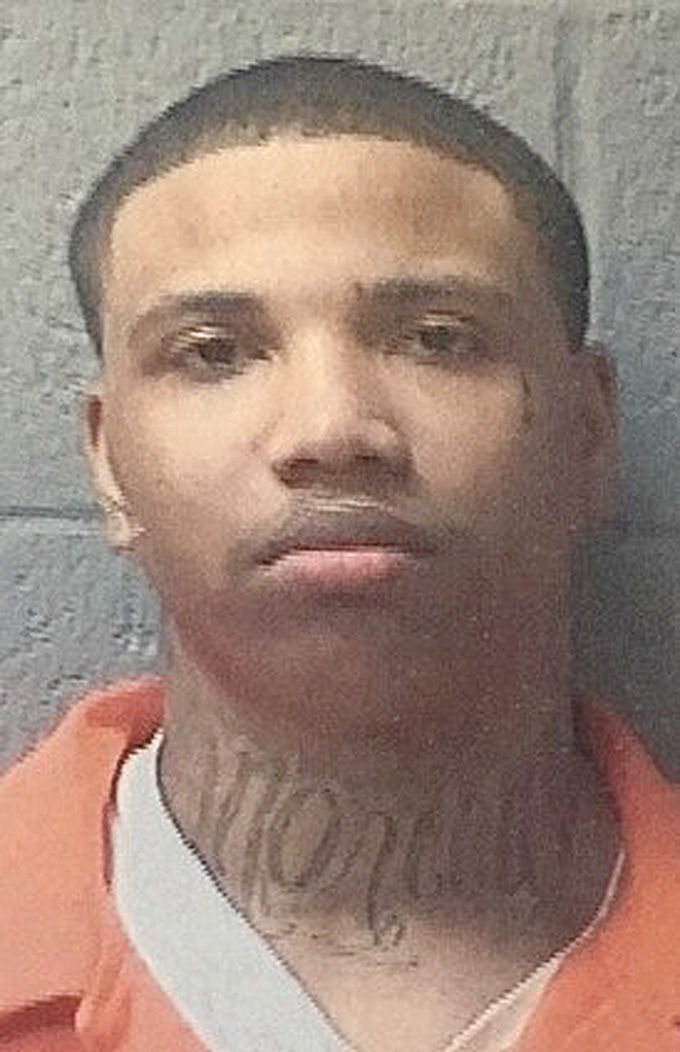 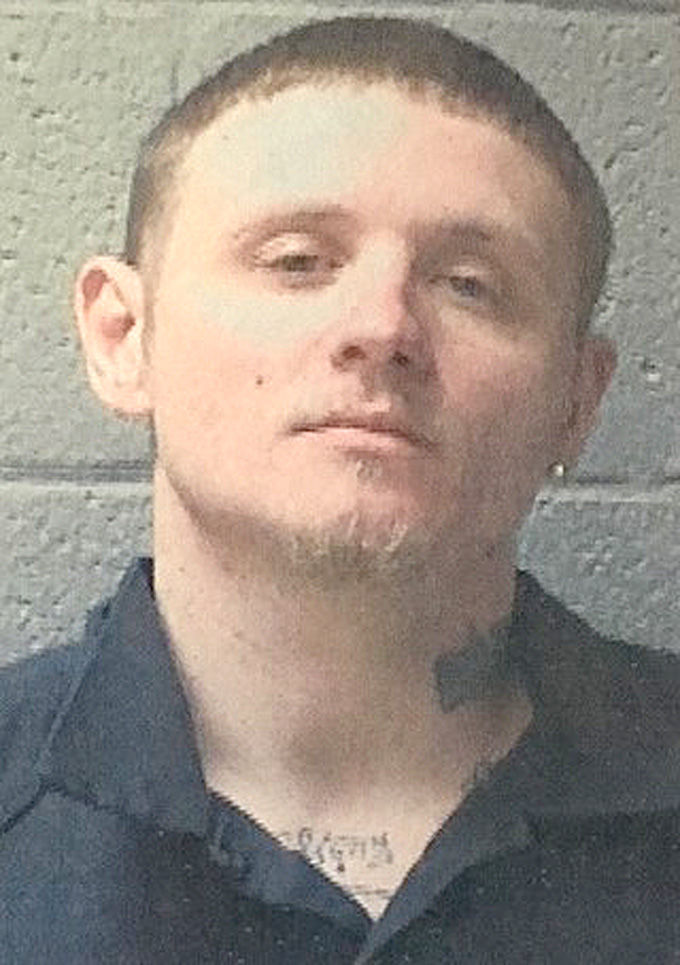