The family and friends of the late Joseph “Joey” Edward Szorosy sobbed Thursday as a Cross man was sentenced to five years of probation in the accident that caused the teen’s death.

Szorosy was 17 when he died in a collision near Eutawville on March 25, 2018. He was the only child of Joe and Jennifer Szorosy of Cross.

Carson Daniel Harmon, 29, of Cross, pleaded guilty to reckless homicide at the Orangeburg County Courthouse. He was originally charged with felony DUI resulting in death.

Circuit Judge Markley Dennis sentenced Harmon to 10 years in prison, but suspended the term to five years of probation.

Dennis also stipulated that Harmon will serve a true five years of probation, without any reduction in the term.

During the five years, Dennis said, Harmon must not consume any alcohol.

“If you have alcohol in your system, they’re going to report you and they’ll revoke you, and you’ll serve the 10-year sentence,” Dennis said.

The deadly collision occurred around midnight on March 25, 2018, as Harmon was driving a 2012 Chevrolet pickup on Fredcon Road.

Joey Szorosy was a front seat passenger in a 2007 Chevrolet pickup.

Harmon’s truck was traveling between 84 and 90 mph when it tried to pass the 2007 Chevrolet, 1st Circuit Assistant Solicitor Phil Giese said.

The trucks collided and came to rest in tall pine trees.

Joey Szorosy was ejected. He wasn’t wearing a seatbelt.

A state trooper went to the hospital and spoke with Harmon, Giese said.

The trooper smelled alcohol on Harmon and asked him if he’d consumed any prior to the collision.

According to the Twisted Tea website, each beverage contains about 5 percent alcohol per volume.

Giese said around 3 a.m., blood and urine samples were collected from Harmon.

An S.C. Law Enforcement agent was prepared to testify that Harmon’s estimated blood alcohol concentration at the time of the deadly collision was between .129 and .16, Giese said.

Giese told the court that Harmon was “a proximate cause of the accident.”

The driver of the 2007 Chevrolet wasn’t charged.

The couple described their son “as the type of person who never met a stranger. He had a very outgoing personality and would go out of his way to help anyone who needed it.”

They said most of their son’s time was spent outdoors – and duck hunting was his passion.

“We know he would’ve gone far in life if it hadn’t been cut so short,” they said.

“There are no words that can explain the heartache we endure daily. At times it seems unbearable,” they said.

“A part of us died that morning with Joey but that emptiness will always be there until the day we see him again,” they said.

Giese said he spoke with each of the occupants who were in the truck with Joey Szorosy. Minutes before the crash, they were in an area near the Rocks Pond Campground and Marina.

The passengers said that a woman was driving a golf cart in front of their truck. Her cooler fell from the golf cart.

“Without being asked, Joey immediately got out and helped the older woman whose cooler fell out,” Giese said.

Giese asked the court to sentence Harmon to the maximum of 10 years in prison.

They are parents to two daughters, ages 2 and 4.

“As tragic as this case is, he is not a killer,” Taylor said.

“He didn’t wake up that morning and decide to he was going to be involved in a situation that took someone else’s life,” he added.

Taylor said, “He’s effectively been on probation for four years” as he waited for his case to make it through the court system.

“For those four years, he’s been nothing but the guy he told me he was – work and family,” Taylor said.

Harmon briefly addressed the court and tearfully said, “I’m sorry for the pain I caused. I’m really sorry. None of that was intentional.

In the tall pines on Fredcon Road, in a small clearing, his family and friends remember the young man who loved duck hunting.

There are mementos there in remembrance of him: a pair of waders, duck decoys, silk flowers, a cross and other items.

NOTE: This story has been corrected. We apologize for the error. 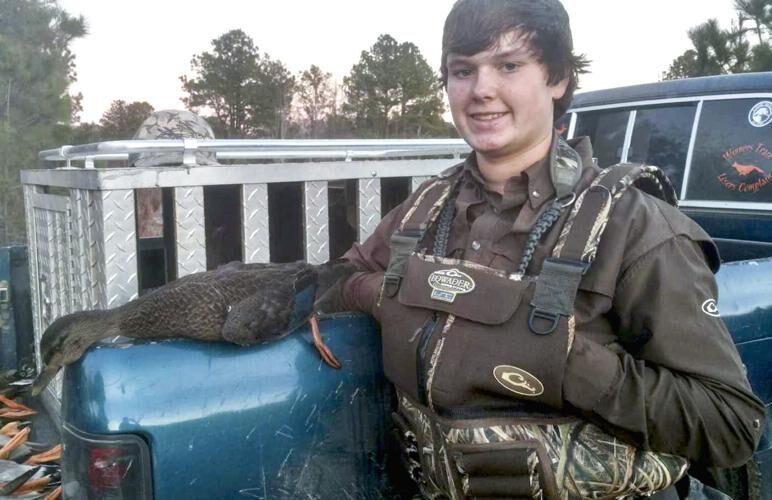 Joey Szorosy enjoyed duck hunting. The 17-year-old died in a collision near Eutawville on March 25, 2018. 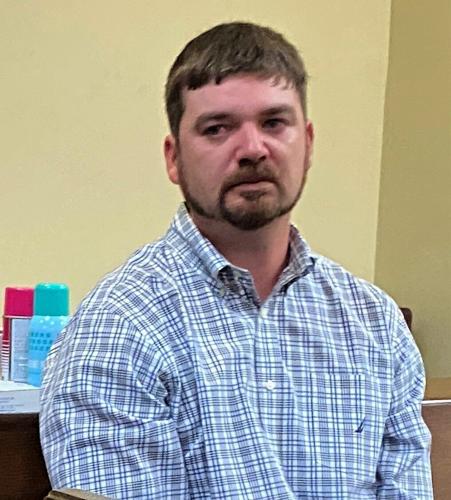