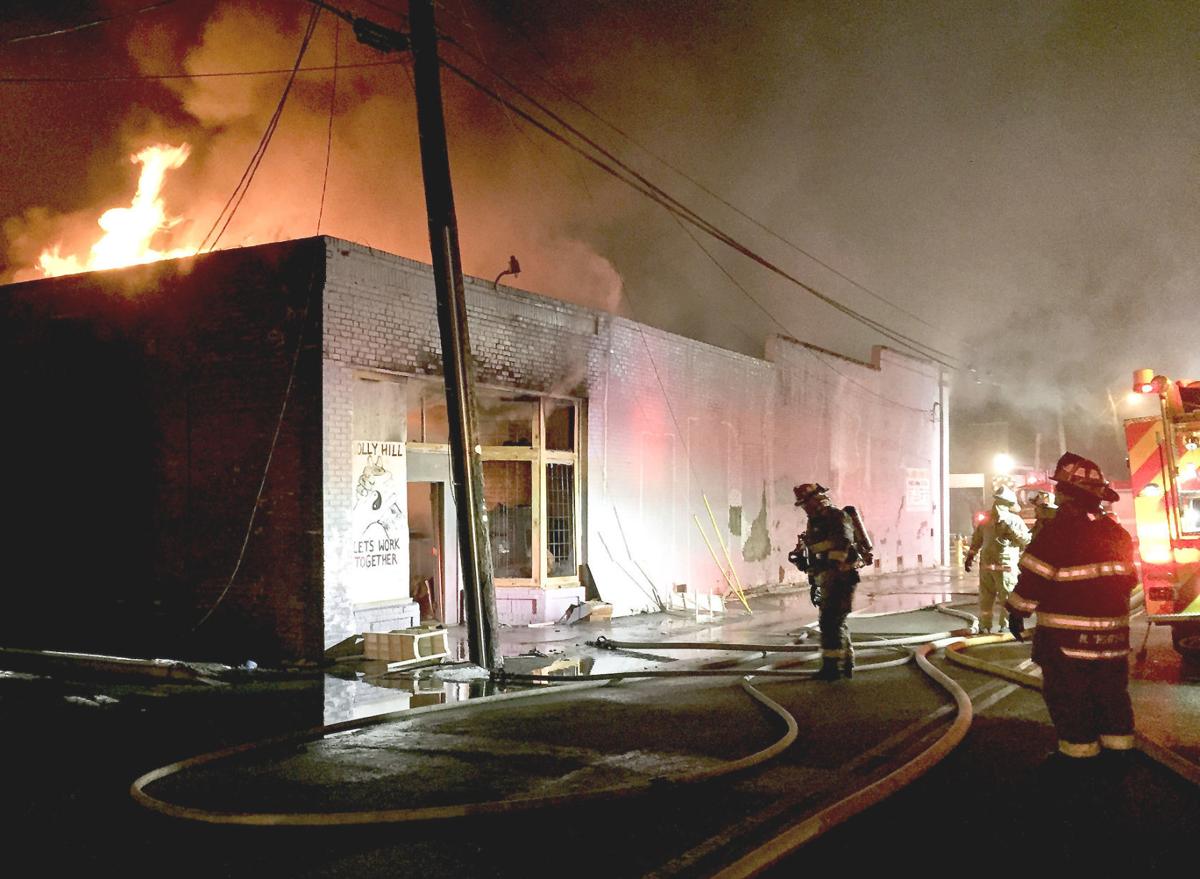 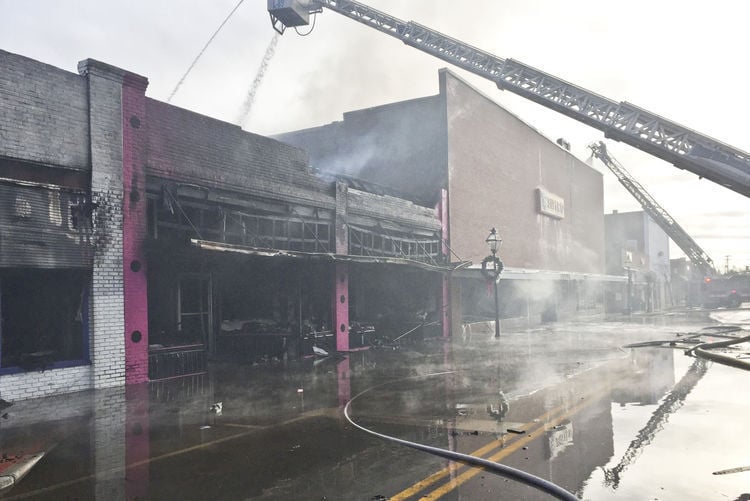 A fire destroyed three downtown businesses Monday, Jan. 8, 2018. Super 10, Joy’s Touch of Class and Goldstein’s were consumed by the blaze.

A federal grand jury indicted a Bonneau man in the fire that destroyed three downtown Holly Hill businesses in January.

Marvin Leroy Capers-Smith Jr., 36, of 336 Dennis Ridge Road, is facing one count of arson, according to federal court documents.

The indictment alleges Capers-Smith caused a minimum of $1 million in damage.

Holly Hill Police Chief Josh Detter said on Wednesday Capers-Smith was the only suspect considered in the case.

“I’m relieved and excited that the grand jury handed down an indictment,” Detter said.

“I look forward to the judicial process working,” he said.

The two businesses east and west of Joy’s Touch of Class were also destroyed: Goldstein’s and Super 10.

The fire was discovered just before 12:30 a.m. on Jan. 8 by a Holly Hill volunteer firefighter. The firefighter noticed smoke while en route to an overturned vehicle on Toney Bay Road.

Capers-Smith was the driver and sole occupant of the overturned vehicle.

Police say they tried to initiate a traffic stop on Capers-Smith’s vehicle less than a block from where the fire began. He allegedly fled and the vehicle crashed.

“We kind of had a suspicion after the wreck because he was seen driving out of the back side of the downtown buildings,” Detter said.

As a result of the traffic incident, Capers-Smith is facing charges of reckless driving, third-offense driving under suspicion and the felony charge of second-offense failure to stop for blue lights causing great bodily injury.

Capers-Smith was hospitalized after breaking his back in the crash.

According to a Holly Hill police report, the incident began when an officer noticed a light-colored SUV leaving an area near 212 Railroad Ave.

The vehicle entered the roadway without using a turn signal and then entered the lane for oncoming traffic, the report states. Capers-Smith allegedly disregarded the stop sign at Railroad Avenue and Peake Street.

The officer said he attempted to initiate a traffic stop but Capers-Smith traveled at a high rate of speed onto Toney Bay Road.

Detter said the officer decided to call off the pursuit because there were icy patches on the road ahead.

The officer proceeded onto Toney Bay Road and discovered the SUV upside-down on the side of the road with no occupant inside.

They soon located Capers-Smith, who was wearing dark-colored pants and a dark-colored shirt, in a ditch on the same side of the road as the vehicle.

He was breathing and slightly responsive, the report states.

An incident report states that Capers-Smith’s vehicle contained, “numerous amounts of small children’s shoes and other clothing. ... Some of the clothing still had tags on them and were on hangers.”

Capers-Smith has a record including convictions for breaking into motor vehicles, possession of a stolen vehicle, third-degree burglary and writing fraudulent checks.

At the time of the traffic accident, Capers-Smith was serving five years of supervised probation for first-offense failure to stop for blue lights.

A Berkeley County judge stipulated that Capers-Smith remain on GPS monitoring for 90 days upon his release from jail on Nov. 20, 2017.

It is believed Capers-Smith was wearing a court-ordered GPS monitor at the time the fire began in the early morning of Jan. 8.

Detter also said Capers-Smith is facing an additional unrelated charge of second-degree burglary from an incident that allegedly occurred within hours before the downtown fire.

A business owner reported that someone broke into his property at 8818 Old State Road.

Officers developed Capers-Smith as the prime suspect in the burglary because the boot prints in the snow at the scene of the burglary site appeared to match the boots he was wearing when he was in the accident on Toney Bay Road.

An incident report states that the Holly Hill Police Department was able to obtain records from Capers-Smith’s GPS monitor and it placed him at the business during the time of the break-in.

Detter believes that the town’s residents “will be slightly relieved” once word gets out about Capers-Smith’s indictment in the arson case.

If convicted under the federal charge of arson, Capers-Smith faces up to 20 years in prison and a fine.

For now, the shape of downtown Holly Hill has changed. Where Goldstein’s and Joy’s Touch of Class stood are completely cleared lots.

The largest business, Super 10, has been demolished and crews are actively working to clear the rubble from the site.

Three Holly Hill businesses erupted into flames early Monday morning. The cause of the blaze remains under investigation.

The fire that destroyed several businesses in downtown Holly Hill hurt the town, but some residents are thankful the damage wasn’t worse.

Someone set the fire that caused three downtown businesses in Holly Hill to burn early Monday morning, according to the federal Bureau of Alco…

Mayor thanks firefighters who responded to downtown blaze

‘Swept by flame’: 110 years ago, fire changed the face of Holly Hill

The suspect in Holly Hill’s downtown fire was found in New Jersey and sent back to South Carolina to face a federal arson charge.

An arsonist has been sentenced to more than seven years in prison for starting the fire that destroyed three buildings in downtown Holly Hill.

A fire destroyed three downtown businesses Monday, Jan. 8, 2018. Super 10, Joy’s Touch of Class and Goldstein’s were consumed by the blaze. 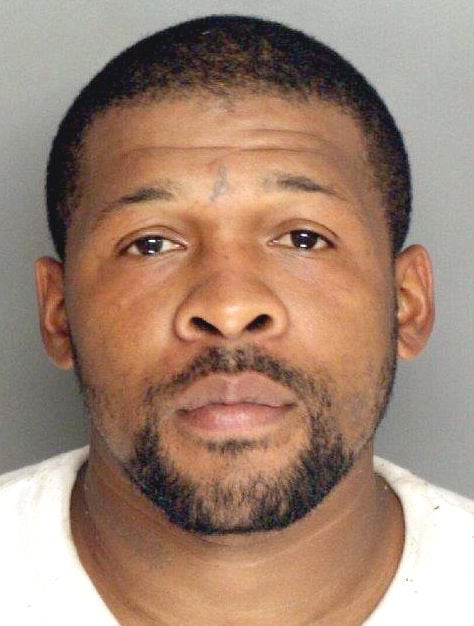