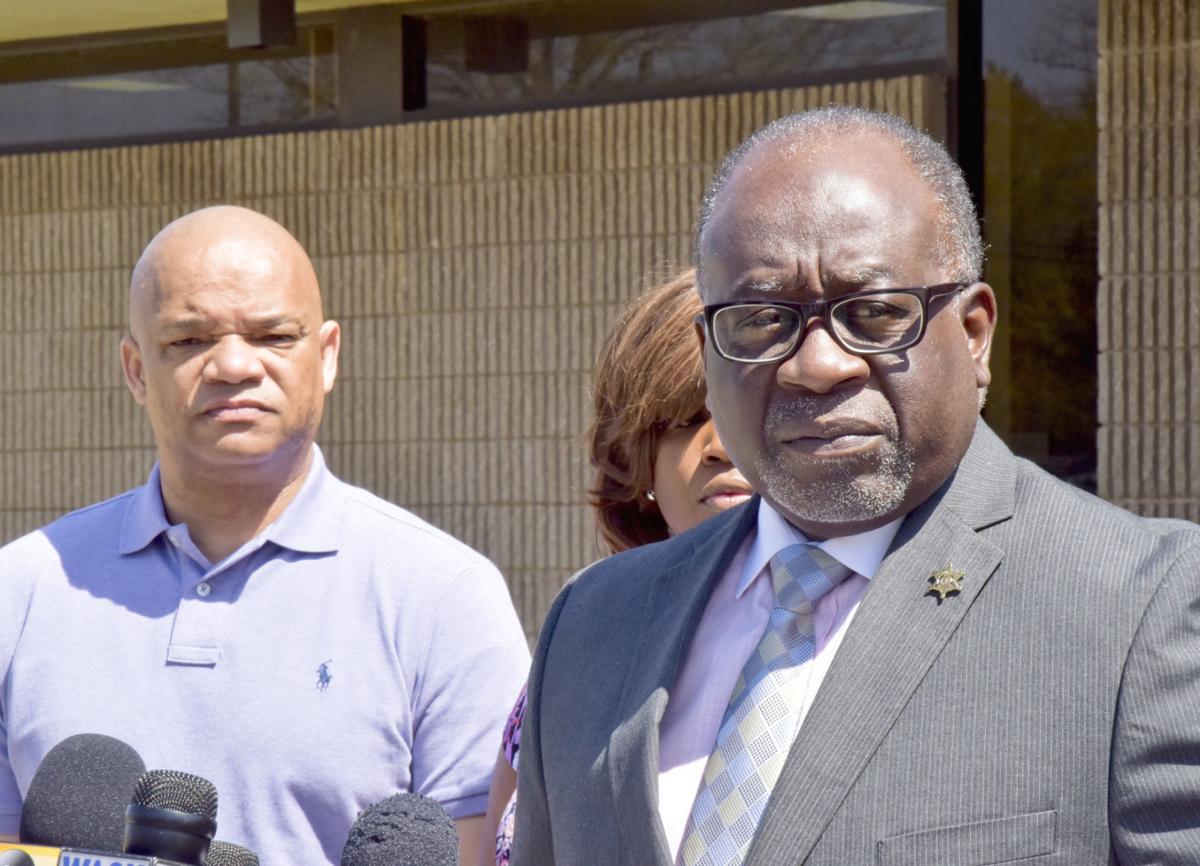 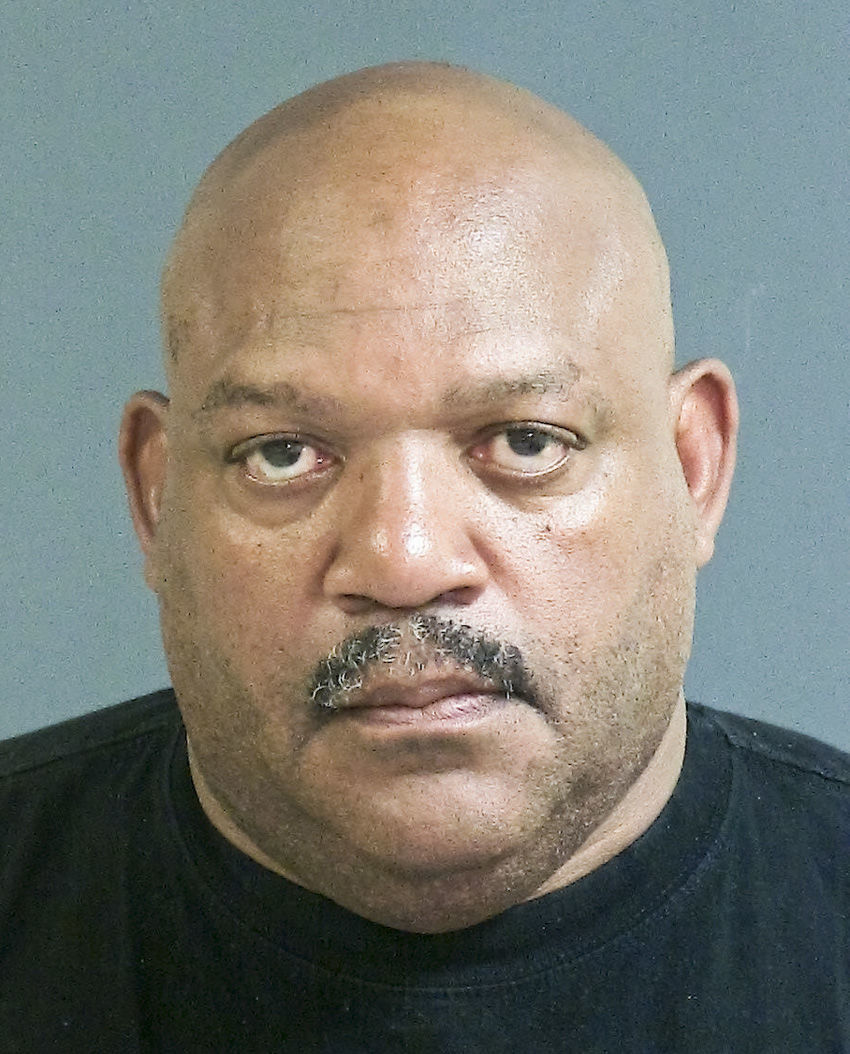 A federal sting that led to the arrest of several Orangeburg County officers began in 2018 with claims a deputy was taking bribes to create fake documents for foreigners who wanted to remain in the U.S.

That sting ended last month when federal officials allegedly convinced Springfield’s police chief and an officer that they were getting on a plane to Miami to fish with members of a Mexican cartel, according to a report by The State newspaper from a federal court hearing held in Columbia.

The officers were taken into custody at Columbia Metropolitan Airport’s ticket counter, the newspaper reported. The feds had faked the trip so they could arrest the two without their weapons, which aren’t allowed on flights.

Now some of the officers are facing charges that could send them to prison for life.

Federal officials allege that officers accepted bribes for two years to create the fake documents. They then allegedly accepted bribes to guard tractor-trailers that they believed contained proceeds from narcotics trafficking.

Just weeks ago, officers allegedly agreed to protect tractor-trailers containing kilogram quantities of methamphetamine and cocaine in the future, a federal indictment says.

It all came to a halt on March 29 when federal agents arrested:

• James Allen Tucker, who presented himself as a reserve deputy. The sheriff’s office states he’s never been part of the agency.

Over the past week, all but Tarang Patel have obtained attorneys.

Both Patels and Tucker remain in federal custody while Franklin, Hunter, Timmons, Rogers, Jenkins, Shazier posted bond and have been released.

All but T. Patel have entered not guilty pleas. He remains at the Campbell County Detention Center in Kentucky.

The Patels and other individuals, who the indictment doesn’t name, are accused of paying bribes for the creation of fraudulent incident reports and law enforcement certification forms, which are required for foreigners submitting U-visa applications.

U-visas allow the victims of crimes to remain in the United States while they help authorities investigating the crimes.

Federal agents began investigating the case when the State Law Enforcement Division received a tip that an Orangeburg County deputy was selling U-visa documents, The State reported. A federal agent pretending to work for a shipping company then contacted the deputy and said he needed documents for his employees.

The indictment says the Federal Bureau of Investigation’s sting began in the spring of 2018.

The indictment alleges on Feb. 6, 2018, Franklin agreed to assist in making a fraudulent incident report in exchange for a bribe. Hunter allegedly created the phony incident report on Feb. 12, 2018.

• March 24, 2018 – Franklin and Hunter agreed to assist T. Patel in obtaining a fraudulent Law Enforcement Certification form for use in a U-visa application.

• March 30, 2018 – At the request of T. Patel, Hunter certified a phony Law Enforcement Certification form and accepted bribes for doing so.

• June 25, 2018 – Franklin and Hunter created a phony incident report listing a person as a victim of a crime in Orangeburg.

• July 25, 2018 – Hunter created a fake incident report listing a person as a victim of a crime in Orangeburg. Franklin then accepted a bribe for Hunter’s phony report, with Rogers approving the report.

• Aug. 2, 2018 – Hunter allegedly approved a Law Enforcement Certification form. Hunter and Franklin accepted bribes including a laptop, Microsoft Xbox, an Amazon speaker and television. They also agreed to assist in making fraudulent reports in the future.

• Nov. 6, 2018 – Rogers approved the Law Enforcement Certification form which listed the person in the Sept. 29 report as the victim. Rogers also accepted a bribe.

• Nov. 7, 2018 – The federal agent shifted his tactics. He allegedly told Hunter he was a member of a Mexican cartel and needed help, The State said.

• Dec. 4, 2018 – Hunter, Shazier and Jenkins, in exchange for bribes, agreed to protect the tractor-trailers.

The State reports officers wore their uniforms while guarding trucks, and even took pictures so undercover agents knew the trucks were OK.

• Hunter, Tucker, Shazier, Jenkins and Franklin each agreed to protect tractor-trailers containing kilogram quantities of methamphetamines and cocaine in the future.

Federal agents say they have wiretaps of the officers, including one where Hunter allegedly tells Jenkins that he dropped a ticket in exchange for a sexual favor, The State reported.

All those indicted are facing a conspiracy charge.

Other charges they face include:

• Lacra Sharod Jenkins – visa fraud, conspiracy to possess with intent to distribute controlled substances and possession of a firearm in furtherance of a drug-trafficking crime.

• Allan Hunter Jr. – visa fraud, conspiracy to possess with intent to distribute controlled substance and possession of a firearm in furtherance of a drug trafficking crime.

• James Albert Tucker – conspiracy to possess with intent to distribute controlled substances and possession of a firearm in furtherance of a drug trafficking crime.

• Carolyn Colter Franklin – visa fraud, conspiracy to possess with intent to distribute controlled substances and possession of a firearm in furtherance of a drug-trafficking crime.

• Nathaniel Miller Shazier III – conspiracy to possess with intent to distribute controlled substances and possession of a firearm in furtherance of a drug-trafficking crime.

• Stanley Lavalle Timmons – conspiracy to possess with intent to distribute controlled substances and possession of a firearm in furtherance of a drug-trafficking crime.

Photographs of all the suspects are not yet available.

Staff Writer Martha Rose Brown covers cops, courts and more for The Times and Democrat and TheTandD.com. The year 2019 was particularly eventful.

Lacra S. Jenkins joined the Orangeburg County Sheriff’s Office in 2001, rising through the ranks to become head of the road patrol division.

Four Orangeburg County deputies, two Springfield officers and three others are facing a variety of federal bribery and drug charges, the U.S. …

The first suspect to plead guilty in a case involving six former Orangeburg County deputies has been sentenced. 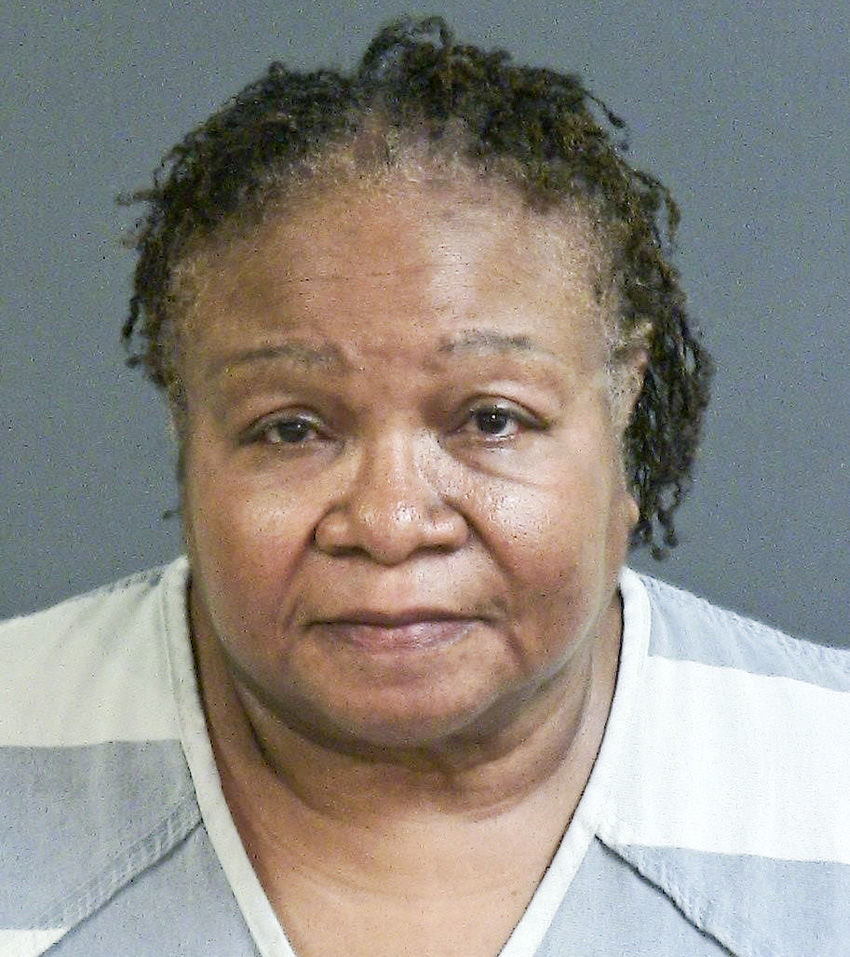 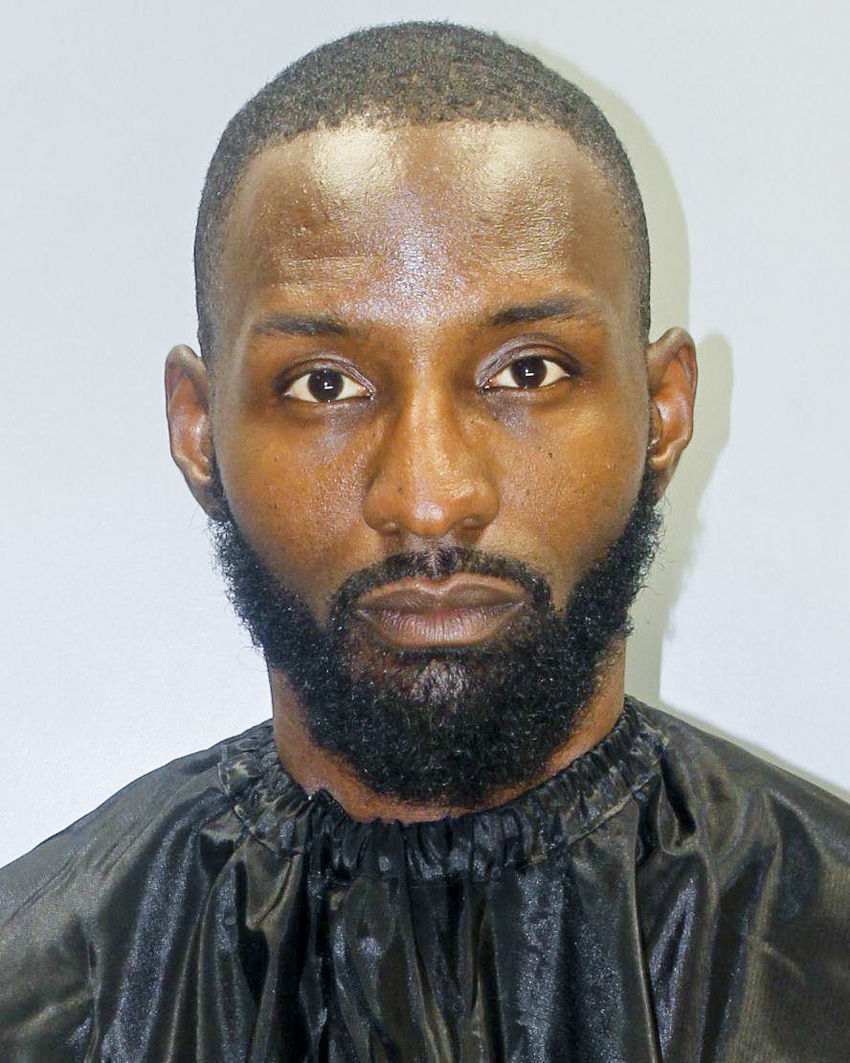 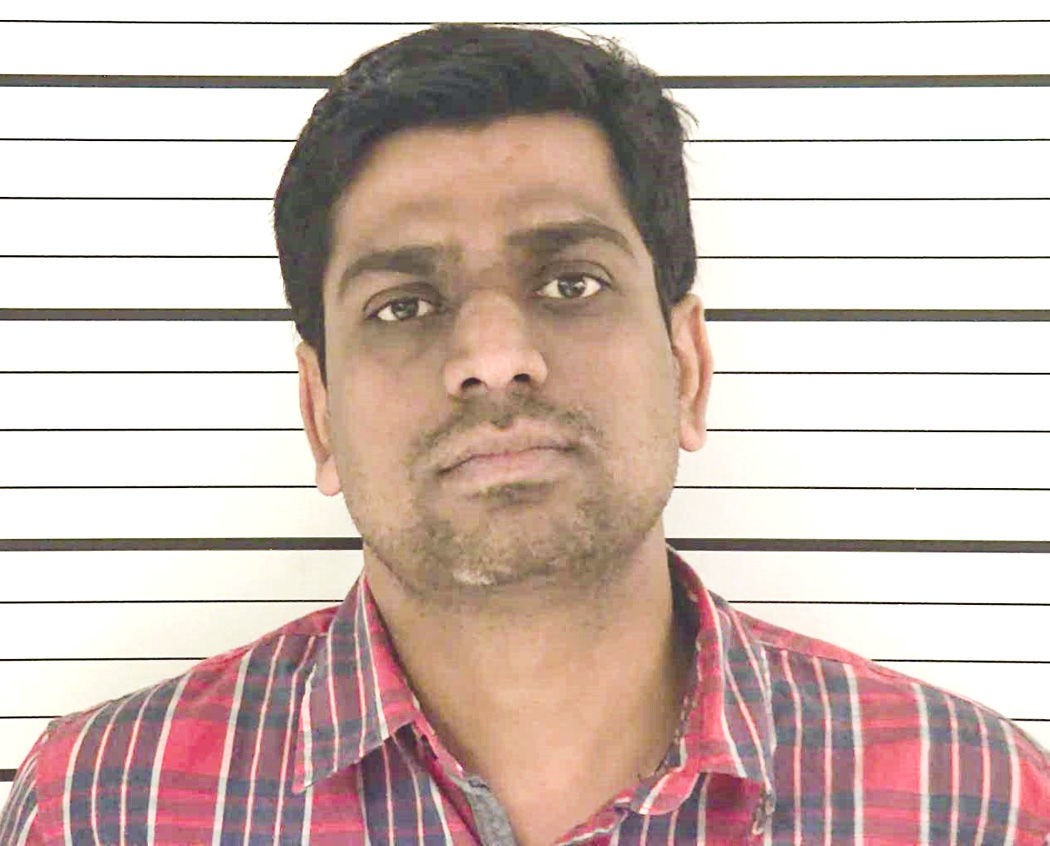 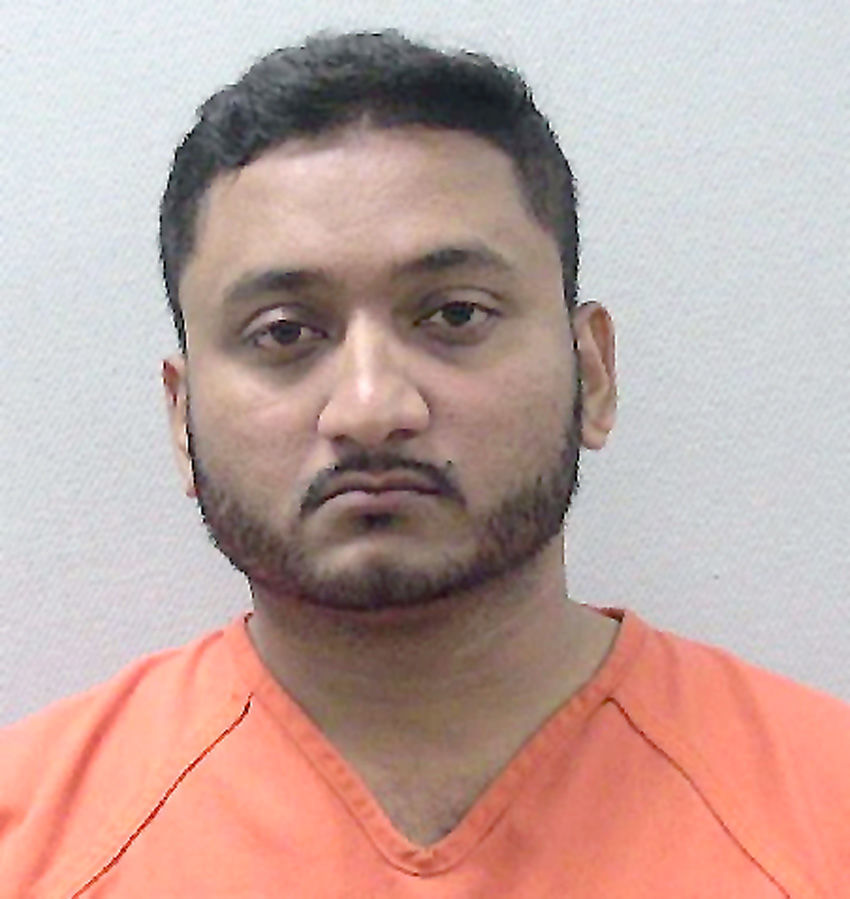