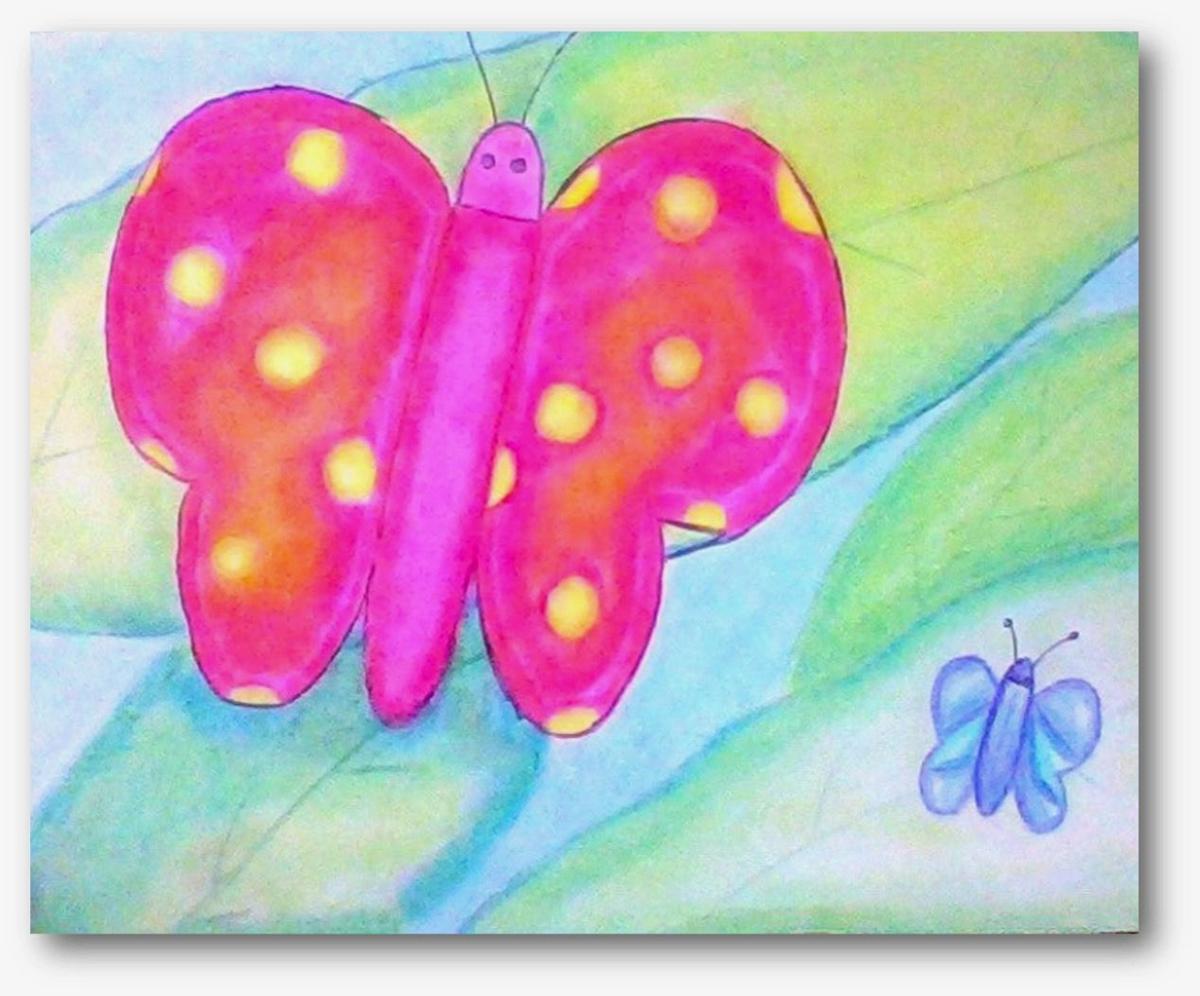 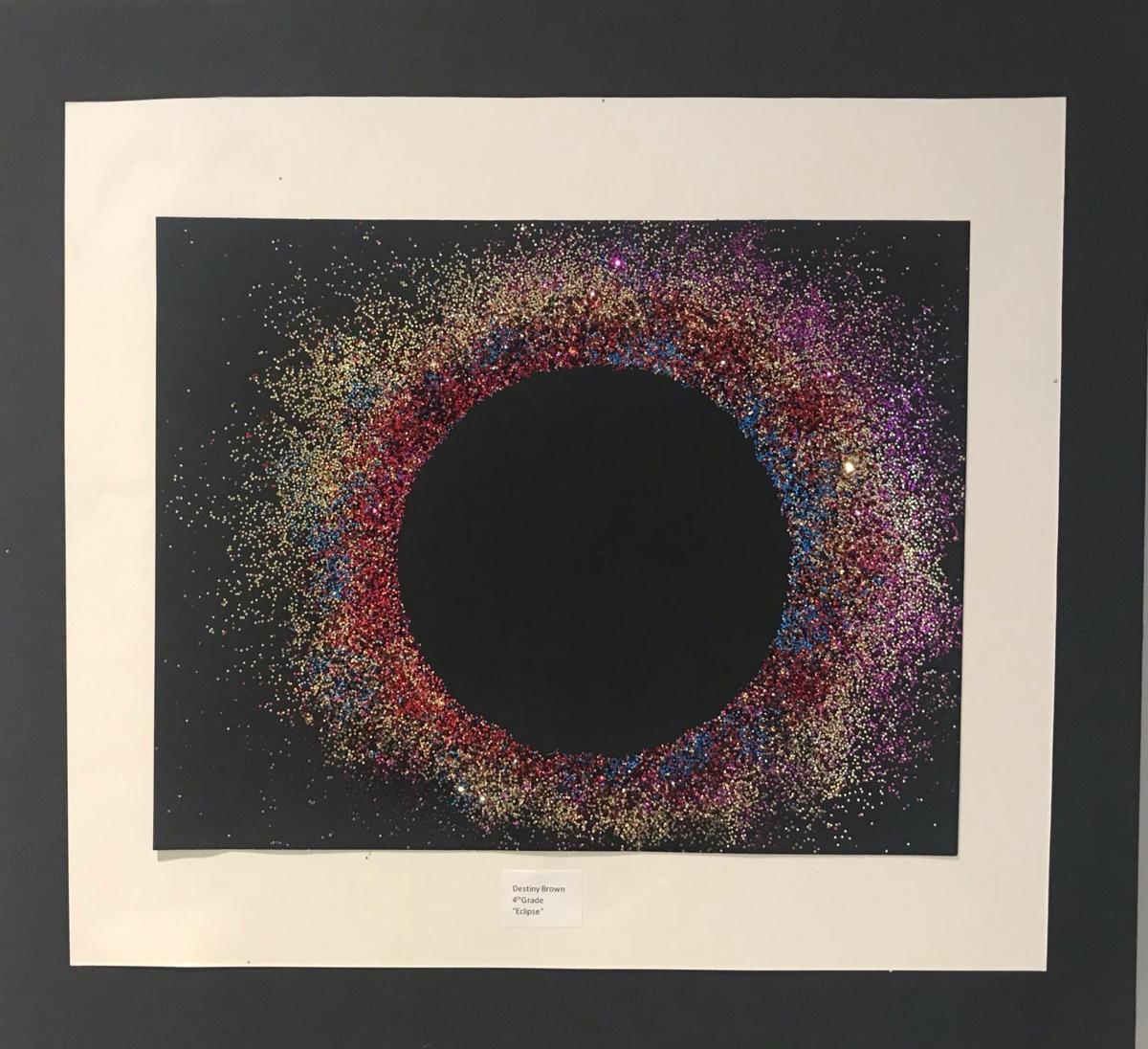 Destiny Brown of Sheridan Elementary School created this piece that she calls "Eclipse." 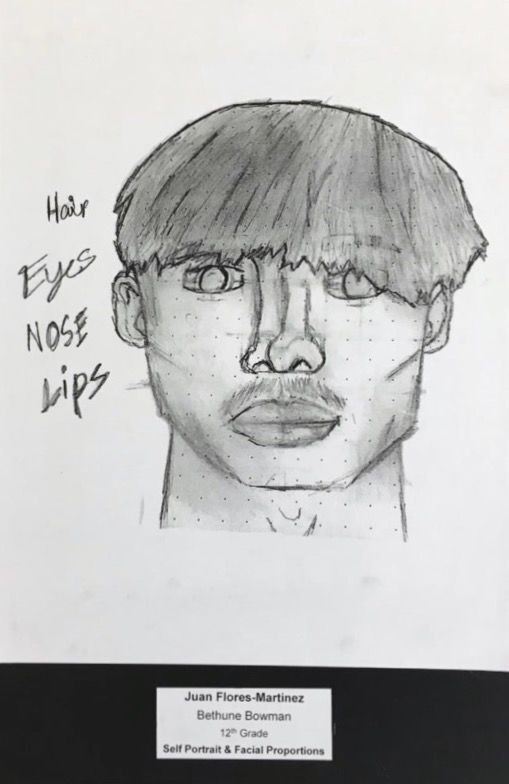 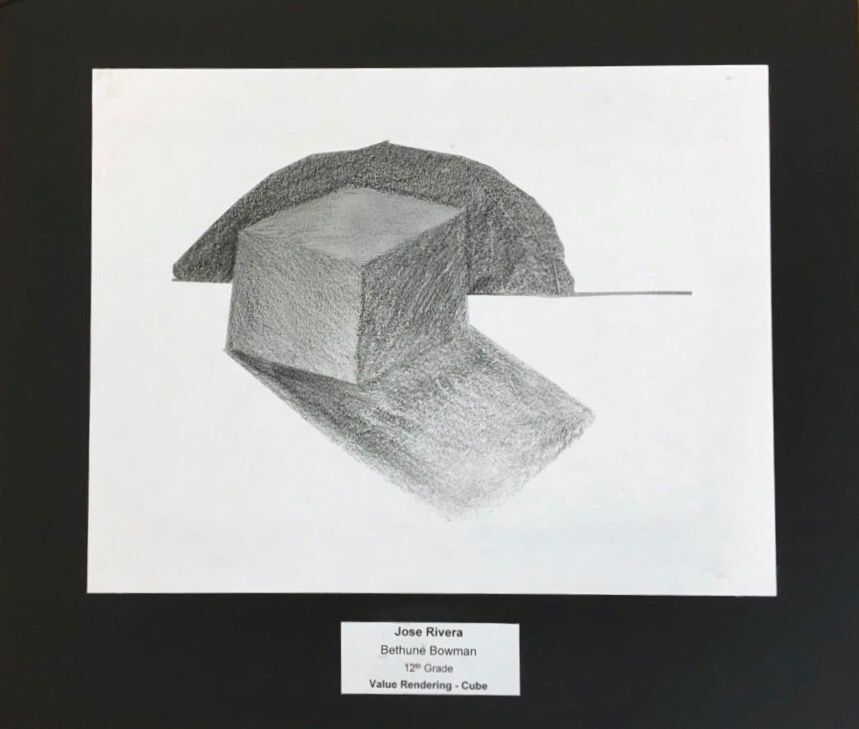 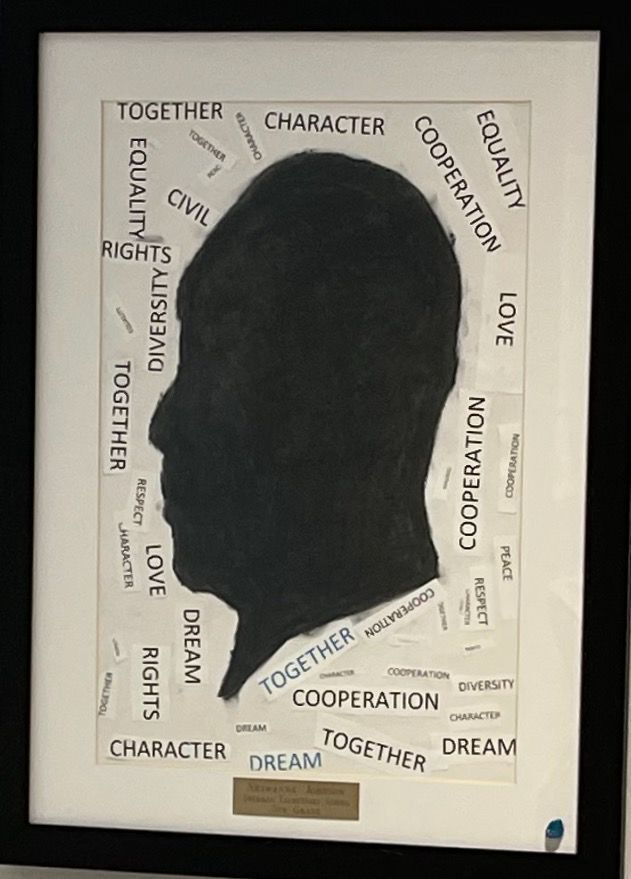 Computers instead of canvas became the medium students used to display their artistic creativity during the time of COVID.

Instead of remote learning stifling imaginations, it resulted in ingenious and experimental works of arts, some currently on display at the Orangeburg County Fine Arts Center in Orangeburg. Six of the pieces are by students at Bethune-Bowman Middle High School.

One remote assignment given by art instructor Paul Abrahamsen resulted in drawings from studied proportion and placement of facial features. Student artist and senior Juan Flores-Martinez produced a self-portrait, with the faint lines he used for placement being included in his piece.

Another assignment, the study of symmetry, shapes and shading, resulted in more innovative works, which impressed Abrahamsen, known to his young artists as Mr. A. He admired their work ethic, especially because they were learning remotely.

“These are all first-semester students and what I do know about them is that they were very talented, caught on to the requirements of the assignments and turned their work in on time and did well on all their assignments.”

Students learn to make Earth a healthier planet; trees will be planted, gardens will be tended

Holly Hill-Roberts Middle School art instructor Carolyn Watson was very modest about her students’ artwork. However, when she sent digital images of the 14 pieces she offered the arts center, their talent, again via computer, could only be described as “excellence.”

The marvelous coloring and optimism defied the restrictions art students and instructor had to overcome. The themes included in these pieces ranged from still life to radial design to neurographic line, and with one delightful and happy piece by Krisha Parekh titled “Butterflies.”

Sheridan Elementary School art instructor Rodney Ott, meeting with his students one day a week, offered a variety of expressions, which included mixed media. Again, the talent was outstanding and beyond the years of their age group.

The themes on display from Sheridan range from advocating for civic and civil rights by the fifth-grade artist Shawana Johnson to an ethereal rainbow design by fourth-grader Destiny Brown that she calls “Eclipse.” Ott says his students inspire him -- that they encourage a dedication to nurturing their talents that rewards him as a teacher and an artist.

The Orangeburg County Fine Arts Center’s entrance and lobby area is designated for works of art by students in Orangeburg County. Previous displays included art by students from Marshall Elementary, William J. Clark Middle and Orangeburg-Wilkinson High School. The arts center, located at 649 Riverside Drive, is open Monday to Thursday from 9 a.m. to 5 p.m. and Friday from 9 a.m. to 1 p.m.

Beeple: Behind the $70 million art sale

When digital artist Beeple, real name Mike Winkelmann, put an NFT digital artwork up for auction this month at Christie's London, he became in…

Members of Mind Gravy, the spoken word poetry group, will offer tributes to “Paper and Steel,” the current exhibit in the Lusty Gallery at the…

Destiny Brown of Sheridan Elementary School created this piece that she calls "Eclipse."