On Thursday, Nov. 17, 2022, our Lord and Savior made his decision to mark the completion of the life of Robert Lee Keith. God whispered to him, “You have finished the work that I sent you to do. Now, come and go with me.”

For nearly 50 years, I have known Chief Robert Keith. And through those years, he was a man who accomplished many, many things in the life and works that were in front of him. From his first year as a patrolman on the streets of Orangeburg until the day when he was chosen the first Black police chief of the City of Orangeburg, he marked his profession as being the very best on the job.

Keith covered every aspect of the position of being an officer of the law. He started at the very bottom in 1960 as a foot patrol officer, then a corporal in 1968, then a sergeant in 1973, and then in 1974, he was named Officer of the Year for the City of Orangeburg.

Robert Lee Keith was born Feb. 13, 1937, to the late Willie and Laurene Sanders Keith. He attended the public schools in Orangeburg.

Christmas tree lighting brings families together; Evering: ‘The holiday season is in the air’

His father was a person of great talent and ability. Willie served in the military in 1944 while his wife took care of his two children, Williadean and Robert.

During his years at Wilkinson High School, Robert played the center position for the football team and was known as “Big Robert Keith.” He was a well-known player and student at the school.

On March 28, 1954, the family faced the death of their father Willie. He was a chemical worker at the Orangeburg Chemical Plant. For a Black to hold such a position during that time, Willie was certainly a special person in the community. Keith’s mother passed in the year 1979.

In The T&D on Sept. 17, 1954, it was stated, “Robert Keith, Robert Dixon and Sam Reed were outstanding in the Orangeburg line.” Keith missed some time with the team due to some injuries.

In the year of 1960, he joined the Orangeburg Police Department as a patrolman. From that year, he constantly moved up the ranking ladder in law enforcement for the Orangeburg community. In 1968, he was promoted to the rank of corporal in the department. Then moving forward, Keith received his sergeant’s stripes in 1973.

On Dec. 17, 1974, The T&D wrote an article on the accomplishments of Keith titled: “Sgt. Keith OPD Officer of Year — by John W. Faust — Sgt. Robert Lee Keith, a 14-year veteran of the Orangeburg Police Department, was named the 1974 Officer of the Year the past week by OPD Chief John H. Cook.

"Keith, a native of Orangeburg, was cited for his devotion to duty and professionalism in the performance of his duty by Cook.

"'We’re proud of Sgt. Keith,' said Cook. 'He serves the community well as a public servant and is proud of his profession as a guardian of the law.'

"Keith was presented with a gold-plated presentation model of a Colt single-action revolver during ceremonies before the full force at the OPD headquarters on Market Street.

"Keith, in an interview with The Times and Democrat, said he was 'honored at being Officer of the Year.' The OPD sergeant said being a police officer 'was rewarding, it’s something I like and want to do.'

“'It’s much more technical, there are a lot of things a police officer can’t do now that he could in 1960, but it’s for the good of the profession, because we, the police officers, are becoming true professionals.'”

"Keith is a professional, having just completed a two-year course at the Orangeburg-Calhoun Technical Education College in police science. He received an associate degree in a field that has been described as a combination between a karate instructor and a Supreme Court Judge.

“'Today a professional law officer has to be trained not only in basic police requirements,’ said Keith, 'but in areas such as administration and personnel and have a thorough working knowledge of the law as it applies to the individual and his rights under the law.'

"The burly OPD sergeant said the main part of being a policeman was 'to be on the scene, to be visible. I’d rather be able to stop something before it started just by making it known I was in the area, rather than have to go into a place after a crime was committed and make a big arrest.

“'No call is the same,” he said. 'You’ll find something different to deal with on each call because we’re dealing with people and people are real individuals who never react the same way.'

"Keith has had his tight moments as a police officer with the OPD. In December 1972, he stopped a .38-caliber slug in his left shoulder while giving directions to a person he thought was a law-abiding citizen.

“'I answered a call to the corner of Glover and Broughton to give traffic control assistance to some DPU workmen,' said Keith, recalling the incident. 'As I drove up and stopped, I saw this man wearing a raincoat approach the car. I thought he wanted directions and he asked me some questions, but I got a hinky feeling about the way he was acting.'

"Some minutes earlier, Keith had received a broadcast from the OPD headquarters about a man who had just committed an armed robbery on St. John Street. 'The clothing description didn’t match with the man standing beside the patrol car,' said Keith, 'but something told me he wasn’t acting right.'

"Keith started to ease the patrol car door open, but the latch clicked and the man with whom he was speaking, warned by the sound, quickly stepped back and drew a .38 revolver that he aimed at Keith’s chest.

“'I twisted and fell for the ground,” recalled Keith, “and the round he fired hit my left shoulder, exiting near my neck.' The man ran down Glover Street, dodging as Keith fired his service revolver four times from his position on the ground. All four rounds missed, but the fugitive was apprehended later hiding beneath a nearby house.

"Keith recovered after a five-week absence from his job. 'But I feel the place he got me,' said Keith. 'I used to laugh when somebody told me you could.'”

By the year of 1979, he had been promoted to the rank of lieutenant with the department. That year, he was invited to attend the FBI School at the National Academy established in 1935 by J. Edgar Hoover, the former director of the FBI.

Then, in the mid-1980s, Robert Keith was named to the position as major with the Orangeburg Police Department. In September 1988, the city’s fire and police division merged into one unit and became the Orangeburg Department of Public Safety.

He served in that role until March 1990 when he was promoted to the position as the first Black to reach chief of the police division for the Orangeburg Department of Public Safety.

This accomplishment was a great honor for Keith for his dedication and loyalty to the police department and the people of the City of Orangeburg. All of the time and hard work that he had put in for the citizens of Orangeburg paid off in a grand way.

In June 1992, Chief Robert Keith decided to pass the torch and retire after spending 32 years of service for and to the people. He said, “The department has been making progress in solving cases and should be able to maintain the pace.”

After a brief retirement, in 1996, he decided to take on a position with the Orangeburg County Sheriff’s Office as the public information officer. In the year 2000, he made the decision to call it quits and go into retirement.

On Feb. 1, 2013, Chief Robert Keith lost the love of his life, Hazel O. Funchess Keith. She was 76 years old. They were blessed with three daughters: Orietta, Audrey and Angela.

Chief Robert Lee Keith truly made a great mark of being “excellent” in the position he played in our Orangeburg community and our nation. It is without any doubt of his accomplishments that; he served and loved Orangeburg and the people.

The works that Keith gave our community have been properly documented. The life that he lived has appropriately been marked as a job well done. Chief Robert Lee Keith worked, “From the bottom to the top.”

France plans to ration power in case of shortages

The world's most expensive cities to live in 2022

The world's most expensive cities to live in 2022 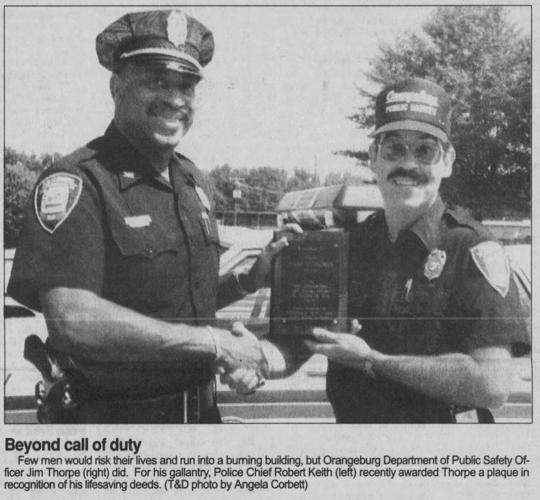 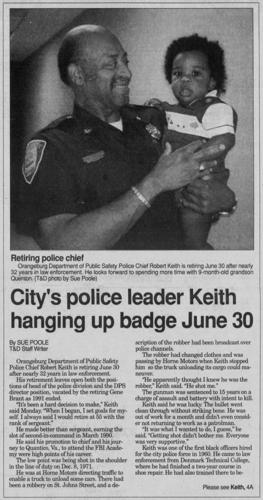 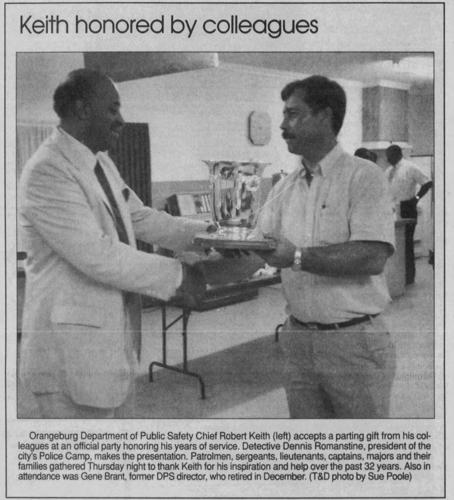 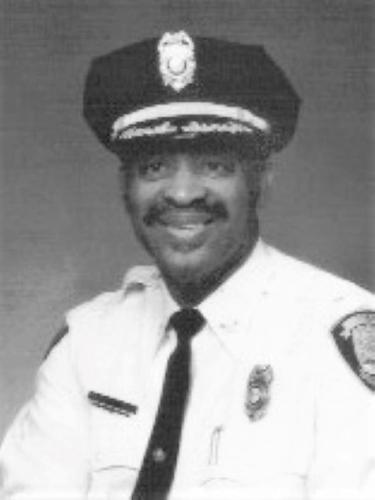