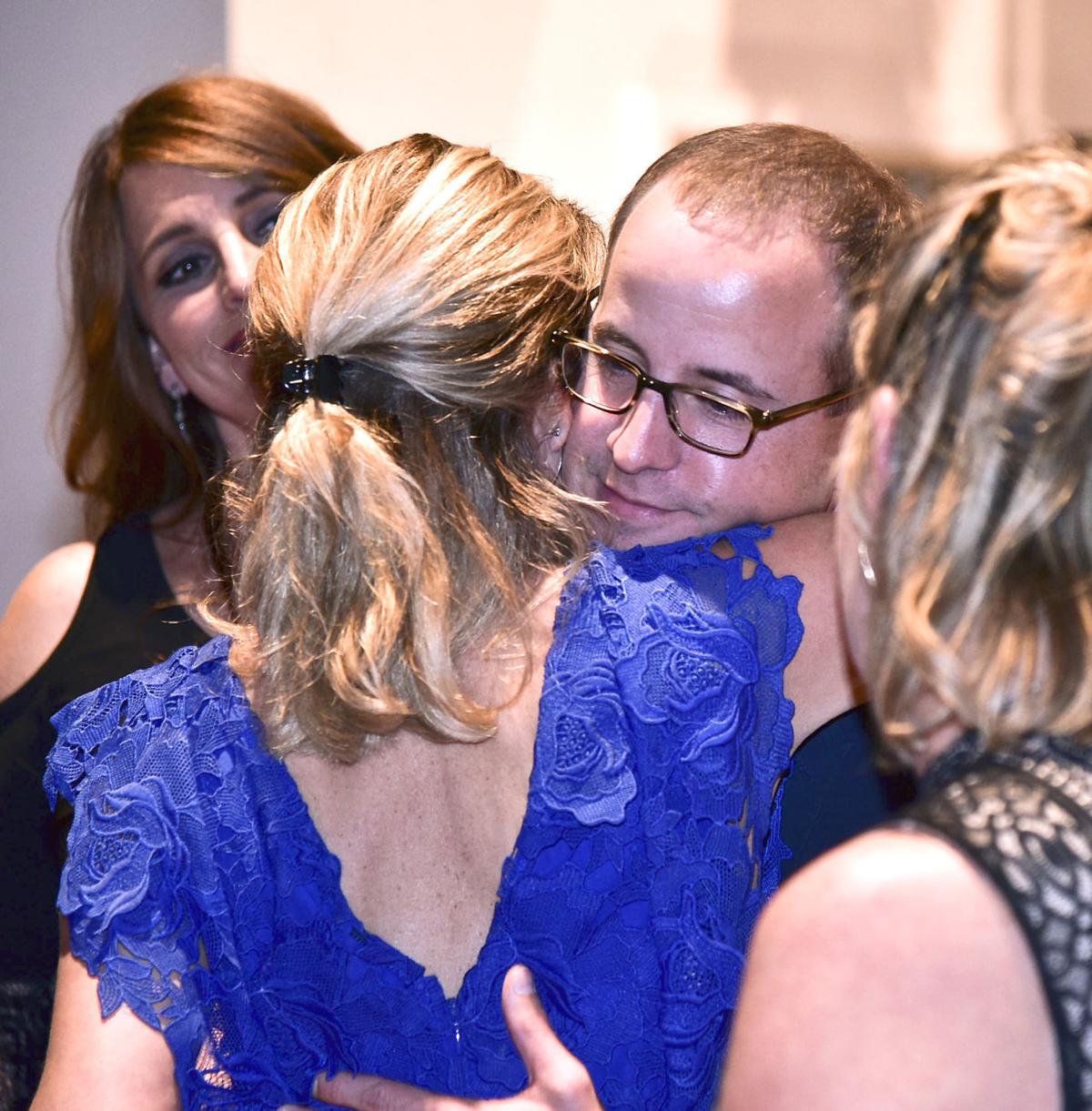 Chamber of Commerce Chairman Josh Ridley embraces Traci Sanford, wife of the late James Evans, as she accepts the Spirit Award in his honor. 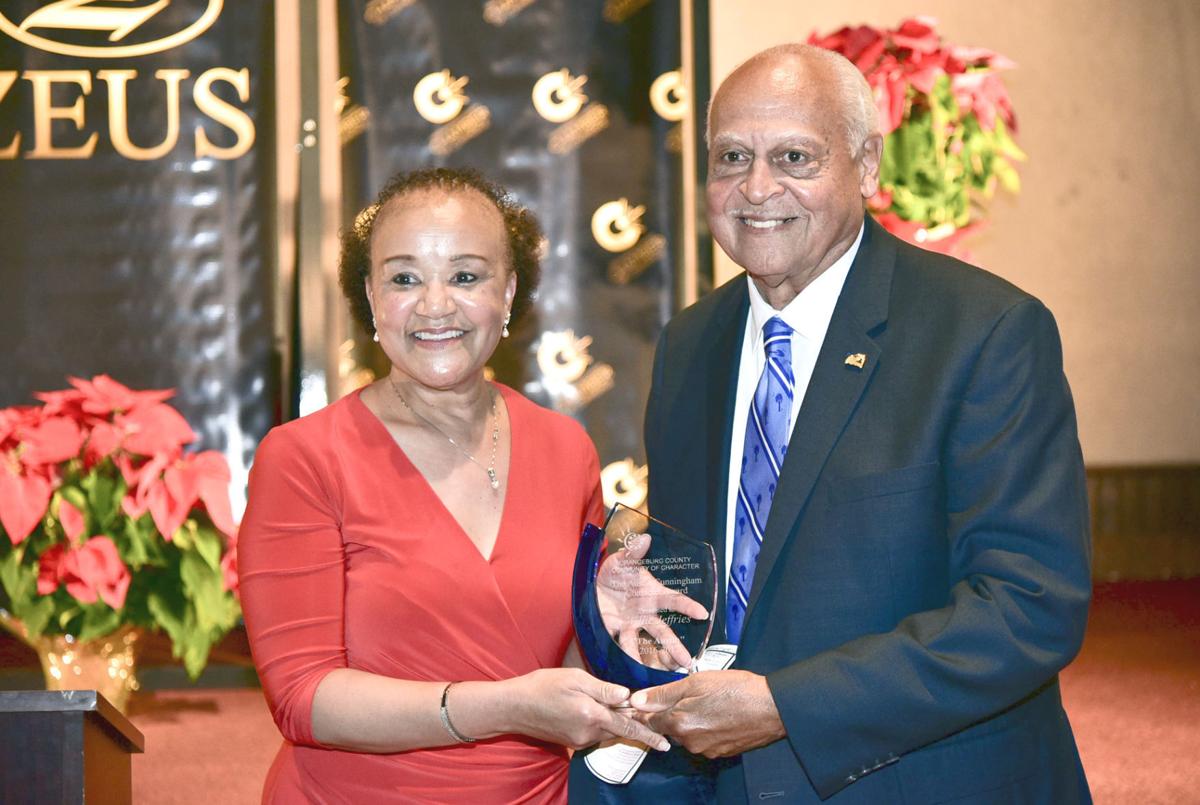 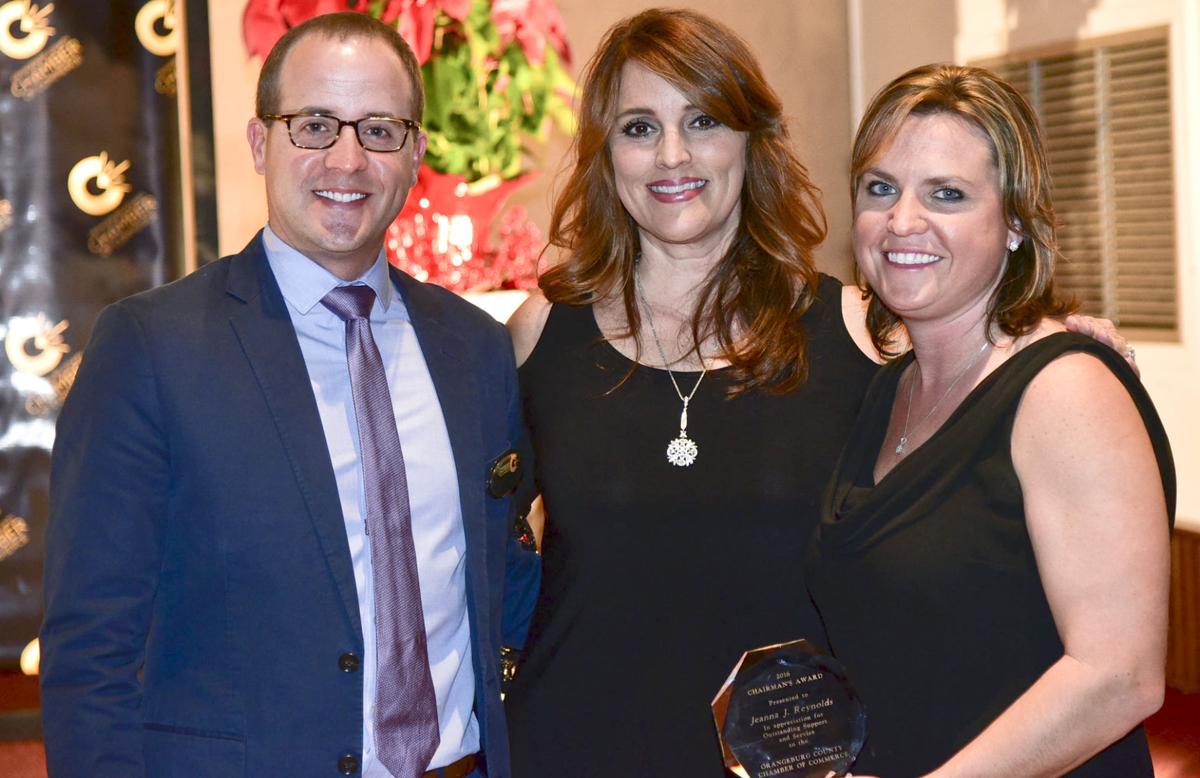 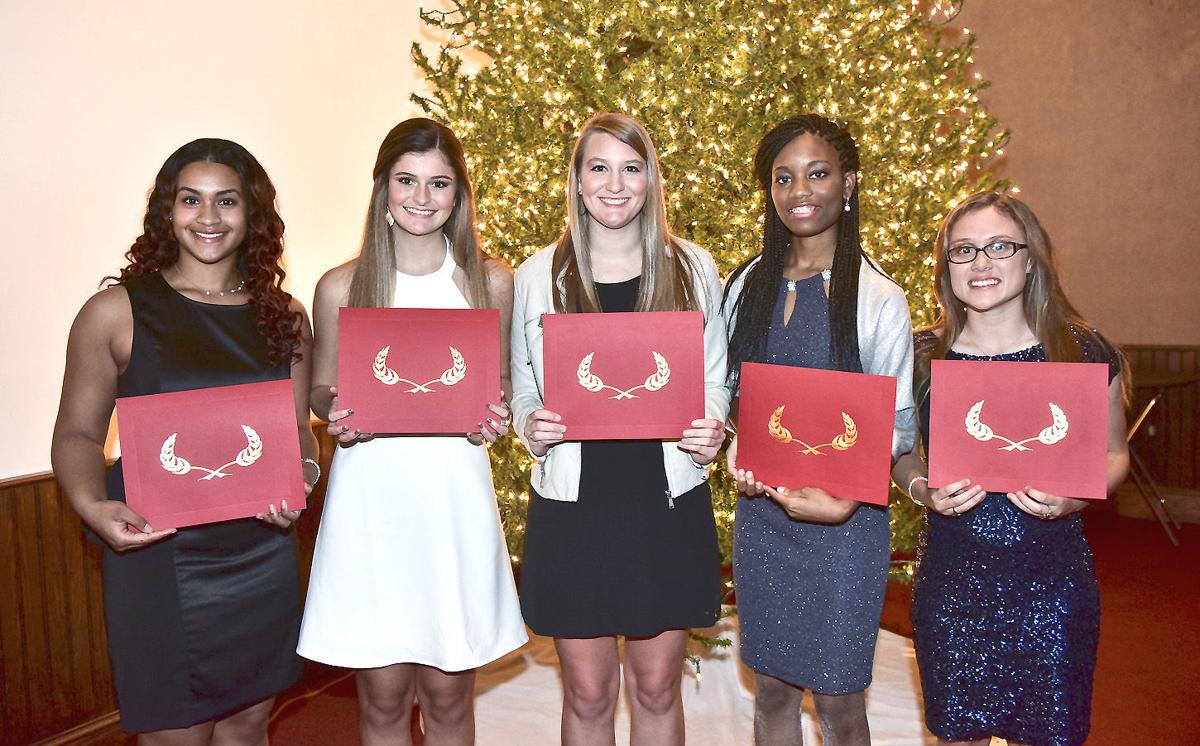 He was not quite sure what award his grandfather was going to receive but that is what he was told.

It did not take Johnson long to realize he was the one receiving the award.

"It was not until they said the first word of the introduction did I know," Johnson said after receiving the Orangeburg County Chamber of Commerce's Small Business/Person of the Year award. "They did a good job of keeping it secret."

The award is sponsored by First Citizens Bank and highlights a business that has made contributions to the Orangeburg community during the past year.

The business needs to meet five criteria: ethical conduct, respect in the community, recognition for benefiting the community, leadership through improving the local business climate and membership in the Orangeburg County Chamber of Commerce.

"It is all a good testament to our company,' Johnson said. "There was a foundation set a long time ago and that is really all I am is just a part of Cox and I enjoy being a part of it."

Johnson said Orangeburg has been crucial to Cox's success.

"It is where we got our start," Johnson said. "Headquartered-based companies in the State of South Carolina, I really think they are the lifeblood to our local community. While we love these big-name companies coming in, I am just proud to be a part of a company that was started and headquartered here."

Johnson also noted that rural parts of the state like Orangeburg "are a critical" part of the economy.

Johnson began working at Cox as a 13-year-old in the summer of 1985. He began in the lumber yard stacking lumber.

Johnson eventually got to work in the wood-treatment lab.

An Orangeburg native, Johnson graduated from Furman University, where he received his bachelor of arts in political science and English. He studied in northern Europe and the Baltic region. He also earned a master’s degree in business administration from the University of South Carolina, Darla Moore School of Business.

After college, Johnson began his career with Morgan Stanley Dean Witter Inc. He joined Cox Industries as director of corporate development in 1999, tasked with finding strategies to help grow the business.

In 2001, Johnson became president of the industrial division, where he was in charge of the utility pole and marine piling lines. That division has become one of the company’s largest revenue producers.

When Cox Sr. started the business, he had five employees and a total weekly payroll of $300.

The company now has over a dozen manufacturing facilities and five distribution yards employing some 400 individuals in 10 states. Annual sales are more than $185 million.

Reynolds received a bachelor’s degree in journalism from the University of South Carolina.

Reynolds is currently president of the Downtown Orangeburg Revitalization Association.

Three years ago, Reynolds won the Chamber of Commerce's Spirit Award, along with her husband Billy.

Evans was very active in the community and served on various boards and committees, including as chairman of DORA's board of directors.

Evans died in January. His wife, Traci, received the award on his behalf to a standing ovation.

The award is sponsored by the Orangeburg County Community of Character.

The award is given annually to someone who exemplifies, promotes and advocates good character and has earned a high level of respect within the community.

During those years, he led South Carolina State to three Black College National Championships, seven Mid-Eastern Athletic Conference titles and a number of postseason appearances in the Division I-AA playoffs.

He's served on the board of the Orangeburg Touchdown Club  and is a member of the Delta Chi Boulé fraternity; and he offers his speaking ability at no cost to churches, schools and groups like the Boy Scouts and Boys & Girls Clubs. He also has done personal mentoring at Orangeburg-Wilkinson High School.

Austin Cunningham, 94, had decades of experience in helping shape and improve the lives of others. The Orangeburg resident, who died in January 2009, was named the local Citizen of the Year and the state’s Outstanding Elder Citizen of the Year.

The scholarship has been renamed after Jennings in honor of the four generations of Jenningses who have served the chamber as members of its board of directors.

Carson died in May 2013. Carson was the former co-chair of Leadership Orangeburg County.

Eargle served in a number of capacities, including being the past president of the Orangeburg County Chamber of Commerce, a deacon at First Baptist Church of Orangeburg, board member for the Regional Medical Center Foundation, Rotary Club member and Sunday school teacher.

In addition to the presentation of the scholarships, the 22 2016 graduates of the LOC were introduced and received their certificates.

The Orangeburg Young Professionals made a contribution to the Orangeburg SPCA of $8,000. The LOC also raised money for the Orangeburg County Council on Aging and volunteered with the Edisto Habitat for Humanity.

The chamber also paid tribute to members who have served the organization with dedication and enthusiasm, and outgoing officers and board members.

Josh Ridley of Zeus Industries has served as chamber chairman and passed the gavel on to Orangeburg-Calhoun Technical College President Dr. Walt Tobin.

The Presenting Sponsor for the banquet was Zeus Inc., and Bimbo Bakeries USA was the silver sponsor. Buck Ridge Plantation catered the banquet.

Cox Industries CEO Mikee Johnson has been named the 2016 Business Leader of the Year by the South Carolina Chamber of Commerce.

Chamber of Commerce Chairman Josh Ridley embraces Traci Sanford, wife of the late James Evans, as she accepts the Spirit Award in his honor.