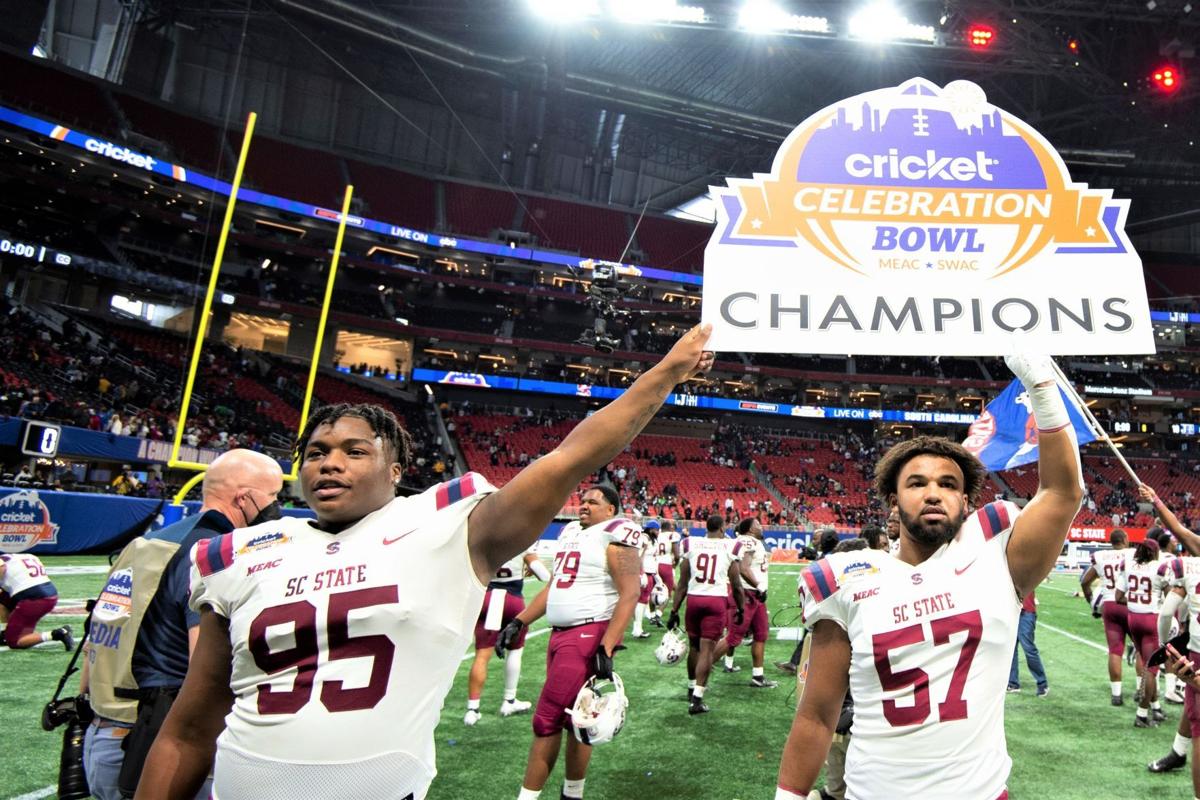 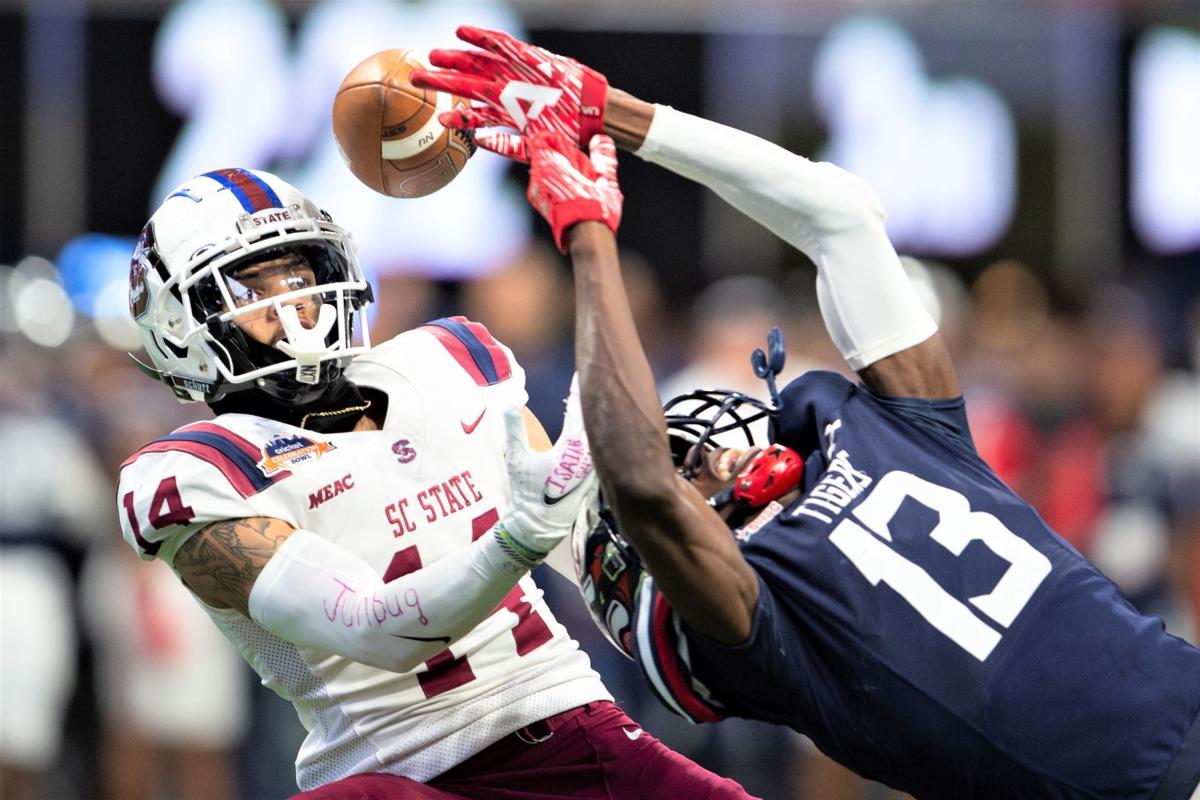 "It was a wonderful win for us," SC State head coach Buddy Pough said. "To cap off a great week with this victory is just the cherry on top of the sundae. To be able to enjoy the last 10 minutes of the game and not be stressed out was awfully special."

Pough reminded members of the media that the majority of his conference victories came down to the final seconds.

"It was fun to stand around and watch people in the stands as the time was winding down." Pough said. "We've tried as hard as we could to get here, but it was a wonderful win for us."

Jackson State's Shedeur Sanders gave the Tigers an early 7-0 lead with a five-yard pass to Keith Corbin midway through the first quarter.

SC State's defense turned the game late in the first half when Patrick Godbolt and Jablonski Green forced a Sanders fumble that was recovered by B.J. Davis at the Jackson State five-yard line.

Quarterback Corey Fields completed a six-yard touchdown pass to Shaquan Davis to tie the game at 7-7.

A defensive stop allowed SC State one last drive before the half and Gavyn Zimmerman connected on a 27-yard field goal to give the Bulldogs a 10-7 lead.

"We couldn't drive the football on them, I think we maybe got one good drive on them, all the rest of our scores were some sort of defensive turnover where we had a short field."

Pough said he tried to use Jackson State's game plan against them, kicking the ball deep and making the Tigers drive long distances in order to score.

"If you look at (Jackson State's) wins, they have used short fields to score a majority of their touchdowns," Pough said. "We just had to wait for an opportunity and when that opportunity came, take advantage of it."

Second-half interceptions by Kendall Moultrie and Aaron Smith allowed SC State to increase the lead to 24-7 going into the fourth quarter.

"Hall of Famers Harry (Carson) and Donnie (Shell) were up on that stage after the game, so you know they were watching over their legacy of defense at South Carolina State," Pough said. "I think our defense matches up with anybody in the country."

Davis led the charge for the Bulldogs with eight solo tackles and a fumble recovery while Jaylen Evans added five tackles and two pass breakups.

Fields finished the game 12-of-31 for 166 yards and four touchdowns. Kendrell Flowers and Donte Anthony combined to rush for 111 yards as Flowers was injured in the first half.

Toward the end of the press conference, Pough was asked to rank Saturday's win against all of the others in his career, and how long he would continue to patrol the SC State sideline.

"When you've been around 40 years, games tend to get lost," Pough said. "But this is as big (as) any I have been a part of. As far as coaching, I want to stay around until they run me off."

The Bulldogs defeated Jackson State 31-10 on Dec. 18, 2021, to claim the HBCU national championship.

Back in early 2019, the college football world had its eyes on South Carolina with the national championship won by Clemson. Yet even as the T…

The last time South Carolina State won an HBCU national championship was 2009. Bowie State has never won one. This time, it was the Bulldogs’ …

‘Parade of Champions’: SCSU Bulldogs to celebrate at Sunday event

South Carolina State University will celebrate numerous recent achievements, including winning the HBCU National Championship, in a “Parade of…

Displaced Syrians face threat of freezing to death in tents

Displaced Syrians face threat of freezing to death in tents