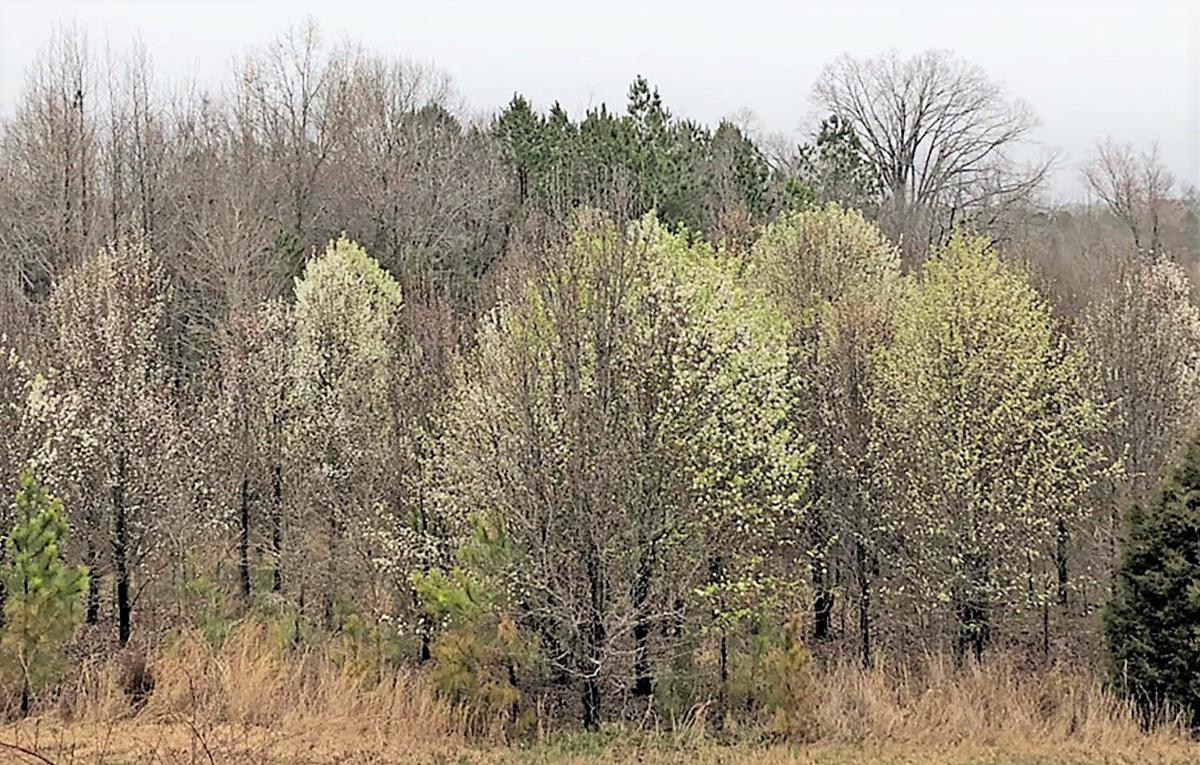 Bradford pears are not native to the U.S., but have been widely planted in the Southeast for years. 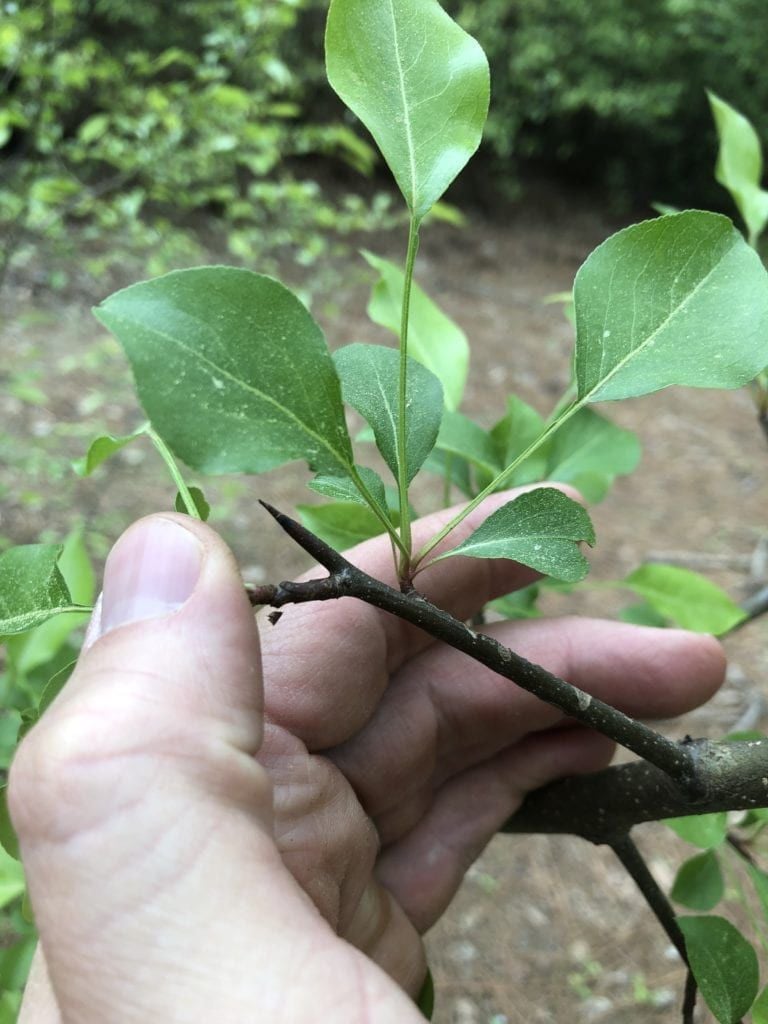 Callery pears have thorns that can damage everything from tractor tires to livestock and also damage the ecosystem by crowding out native plants.

South Carolina will become only the second state in the United States to ban the nursery sale of Bradford pear trees and any other pear trees grown on the commonly used Pyrus calleryana rootstock.

The ban on sales will begin Oct. 1, 2024, which is the annual nursery licensing renewal date in South Carolina. Ohio will become the first state to ban sales on Jan. 1, 2023.

The additions of Pyrus calleryana — or Callery pear — along with three species of Elaeagnus to the State Plant Pest List met the approval of state agency representatives and the director of Clemson’s Regulatory and Public Service Programs.

The clock is now ticking on a grandfathering period of a little more than three years for the nursery industry to comply with the new regulations by ceasing sale of these plant species.

While the ban on these plants will make them illegal to sell or trade within South Carolina, it’s important for the public to know it will not be illegal to possess them on their property or to keep what they have.

“In regulating a plant that’s actively traded in the nursery industry that is known to be invasive, you have to start somewhere. We believe that by listing these plants now and continuing to encourage citizens to remove what they have, we can, in time, eliminate them from the landscape and thereby eliminate their deleterious effects on the landscape and environment,” said Steven Long, the State Plant Regulatory Official and chairman of the South Carolina Invasive Species Advisory Committee.

Clemson’s David Coyle said, “It has all the characteristics of a noxious weed.” He’s assistant professor of forest health and invasive species at Clemson.

Bradford pears were once touted as sterile, but it turns out that if pollen from any other Pyrus species gets into Bradford pear flowers, the trees can make viable seeds. Those seeds are then eaten by birds and other animals and spread across the Southeastern landscape, contributing directly to what Clemson calls one of the worst invasive plant species in the region — the Callery pear.

Noxious weeds are weeds that have been designated by agricultural or other governing authorities as plants that are injurious to crops, ecosystems, humans or livestock.

“I think the impacts of it as it gets out into the natural landscape are pretty evident,” Coyle said. “Frankly, there are a lot better things that people could put in their yards. There are a lot of good natives they should probably plant instead.”

Not only do Callery pears have thorns that can damage everything from tractor tires to livestock, but they also damage the ecosystem by crowding out native plants while providing little to no food for insects.

“There are several ways to attack the problem, and one of those ways is to just stop it from being sold,” Coyle said. “As part of Clemson Extension’s Bradford Pear Bounty program, we’re trying to teach consumers that there are better things to plant and, essentially, teach them not to buy those non-native species. But you can’t reach everyone that way, so we’re trying to come at it from another way and just make it illegal to sell them.”

Typically, when a species is added to the State Plant Pest List, the change goes into effect immediately and it becomes illegal to move or sell it that same day. But since the Bradford pear and other similar cultivars are being actively sold, officials felt a transition period was required for the benefit of industry.

“That’s no short process,” Long said. “There are nurseries that have lots of money invested in Bradford pear crops because they had no idea that it was being made illegal. Without giving them some lead time, you’re going to cost folks a whole lot of money. That’s why we supported the 3-year grandfathering period.”

Along with P. calleryana, three (of several) species of Elaeagnus — Elaeagnus umbellata, Elaeagnus angustifolia and Elaeagnus pungens — were also added to the State Plant Pest List, which includes all the species of plants, insects and otherwise that are regulated in the state.

The efforts have been spearheaded by the South Carolina Invasive Species Advisory Committee, which is required by law to include members from Clemson’s Department of Plant Industry (the State Plant Regulatory Official), the USDA State Plant Health director, a Clemson Cooperative Extension representative and at least two at-large representatives from other stakeholder agencies, such as the S.C. Department of Natural Resources, S.C. Forestry Commission or S.C. Department of Agriculture, and also includes the South Carolina Green Industry Association.

The committee meets annually to review the list of invasive species for additions and deletions, as well as to discuss new pests on the horizon that could soon become a factor.

But the process wasn’t nearly as simple as getting the committee together and making the call. All told, it was a two-year journey from the committee making its recommendation to the director receiving and processing the information. Much of the delay was caused by COVID and the inability to meet according to internal mandates. Once received, the next step was to gauge industry stakeholders on the feasibility of making the species illegal.

“When you’re going to take a plant out of the trade, that’s different than just listing an invasive weed,” Long said. “Listing weeds can give us some abilities to regulate invasive species on private properties, do chemical treatments and things like that. But to list something that is actively sold takes a little bit more effort and due diligence. You need to make sure that the industry is supportive and you’re not overlooking some impact to the industry that’s going to make it impossible to regulate that plant.”

Long said surveys were sent out and open forums were held, resistance to the ban was minimal and industry support was high. The next step was to gain approval from Clemson’s director of Regulatory Services & Public Service Programs, Stephen Cole.

“I was very vocal in our advisory committee meeting — that this is something we need to do,” Cole said.

Two years ago, he began the Bradford Pear Bounty program, which allowed residents to exchange Bradford pears for up to five young, healthy, native trees free of charge.

“I realize that stopping the sale of Callery pear in South Carolina is not going to magically wipe out Callery pear in the eastern U.S., but we’ve got to take some steps somewhere,” Cole said.

Nurse thrilled to be back on pro bowling circuit

Nurse thrilled to be back on pro bowling circuit

An Orangeburg County inmate accused of threatening a judge and a police officer allegedly locked himself inside of a jail bathroom on Sunday, …

A registered sex offender is facing three counts of first-degree criminal sexual conduct with a minor under the age of 11.

Man gets 9 years in shooting death

Texas-based 7-Eleven, Inc. is building a travel truck stop on U.S. 301 near Interstate 26 in Orangeburg.

Two men are facing one count each of first-offense manufacturing marijuana, according to Orangeburg County Sheriff’s Office Maj. Rene Williams.

A Holly Hill officer lost his job after being accused of using his department-issued baton to strike his wife on her legs.

Bradford pears are not native to the U.S., but have been widely planted in the Southeast for years.

Callery pears have thorns that can damage everything from tractor tires to livestock and also damage the ecosystem by crowding out native plants.